Accessibility links
Univision Cuts Ties With Trump After Comments About Immigrants : It's All Politics Univision is severing its relationship with Donald Trump following Trump's comments during his presidential announcement speech that immigrants from Mexico were "rapists," among other things. 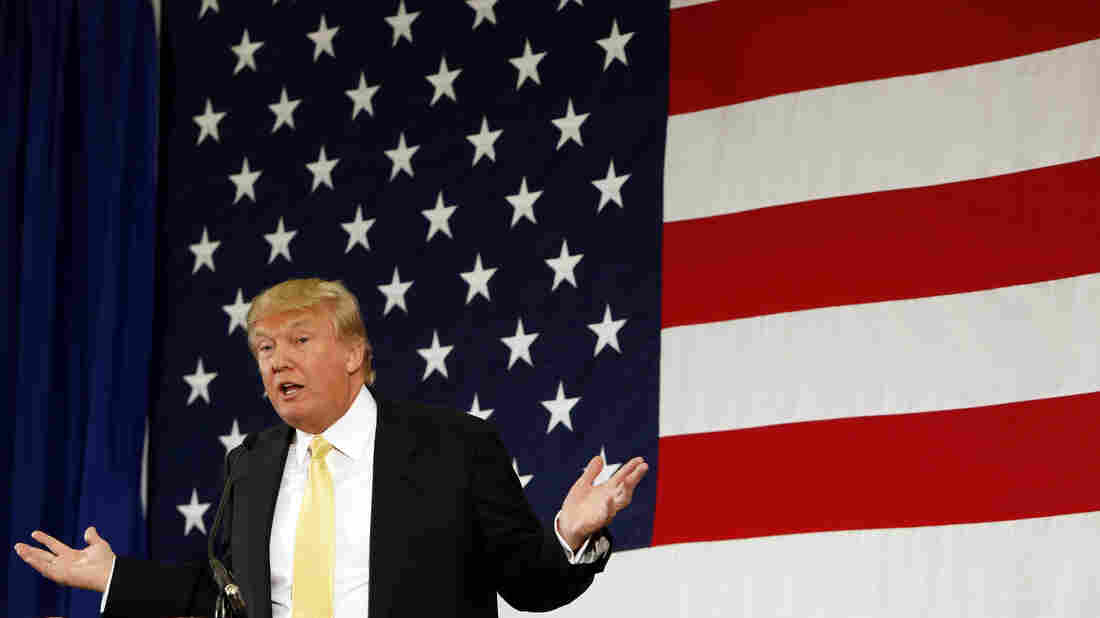 Donald Trump is just a week into his presidential bid, and he is in hot water over comments he made about a key voting bloc, Latinos. Jim Cole/AP hide caption 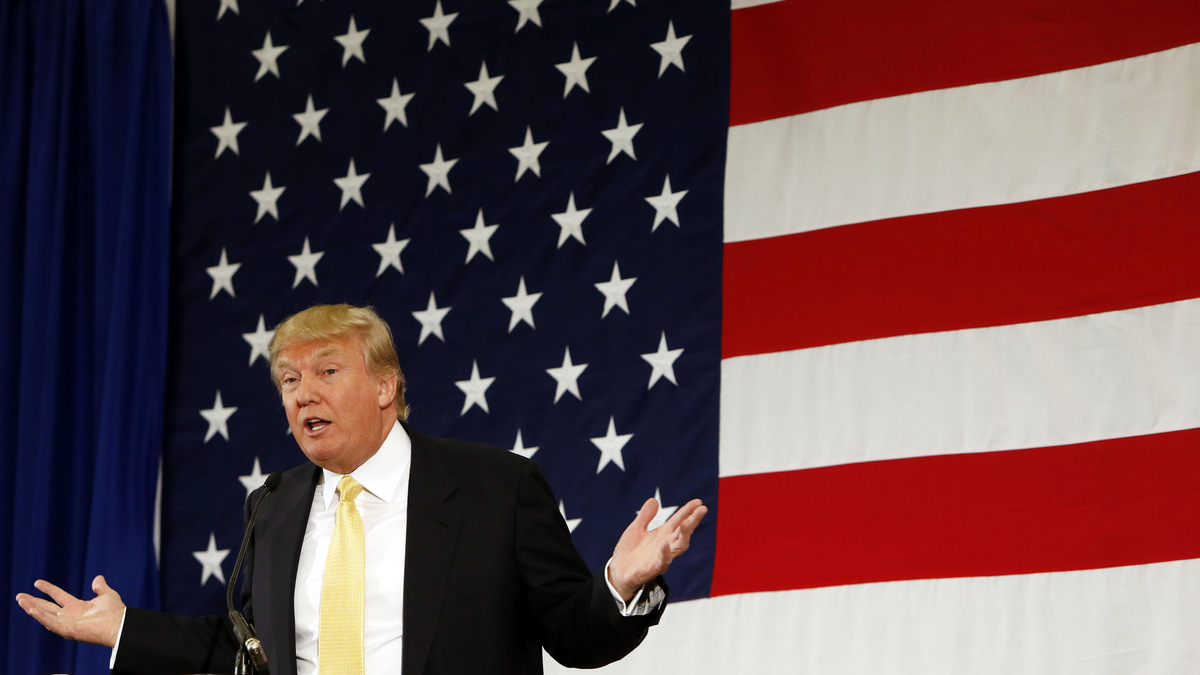 Donald Trump is just a week into his presidential bid, and he is in hot water over comments he made about a key voting bloc, Latinos.

Following comments Donald Trump made about Mexican immigrants during his presidential announcement last week, Univision, the nation's largest Spanish-language TV network, has announced it is cutting ties with Trump and dropping plans to broadcast the Miss Universe Pageant.

Trump, the businessman and now-presidential candidate, co-owns the pageant.

"When do we beat Mexico at the border?" Trump said during his lengthy presidential announcement speech at Trump Tower in New York. "They're sending people that have lots of problems, and they're bringing those problems with us. They're bringing drugs, they're bringing crime. They're rapists. And some, I assume, are good people."

Trump's main theme was that the country is in serious trouble. He talked about the need for America to begin beating China in trade and Japan in manufacturing.

But it was Trump's comments about immigrants from Mexico that have earned him the anger of many Hispanics.

"I was listening to it in the car on the way to work, and by the time I got to the office, everybody was talking about it," said Roberto Orci of Acento Advertising, a Hispanic agency in Los Angeles.

Trump's comments are just the type the Republican Party has been looking to avoid. The Republican National Committee underwent serious self-reflection following President Obama's re-election, initiating an "autopsy" of what went wrong. It determined it had to reach out to minorities to strike a more inclusive tone.

After Trump's speech, Sean Spicer, the RNC's chief strategist, said on CNN that Trump's "broad brush" on Mexican Americans is "not helpful to the cause."

Trump didn't limit himself to insulting Mexican immigrants and Mexican Americans. Later in the speech, he blasted immigrants coming from "all over South and Latin America."

"With one short speech about us," Orci said, "he tarred the entire Latino culture as being rapists and murderers and terrorists."

Now, Univision has backed up Ramos' comments with action. The network announced it is ending its relationship with Trump and the Miss Universe Pageant, which he co-owns. It is an announcement that likely comes with a cost. Univision just signed a five-year deal with the pageant in January. The Los Angeles Times reports Univision has already paid $2.5 million for this year's pageant rights — rights the company now says it will not exercise.

With his comments, Trump has alienated a key part of the pageant's core audience. Viewership for the Miss Universe Pageant has declined steeply in recent years among every demographic group except one — Hispanics.

Carlos Santiago advises companies on how best to reach the growing Hispanic market. He said Trump's comments have hurt the pageant's connection to Latinos.

"Donald Trump himself has been extremely marketing-oriented and growing brands," Santiago said. "So, he must know the value that the pageant and the Miss Universe brand has among Hispanics."

Trump said he plans to sue Univision for breach of contract. And today, he blamed Univision's actions on the Mexican government. He claimed Mexico was putting pressure on the network because of his opposition to trade deals with that country.

Miss Universe is scheduled for January. But the Miss USA Pageant, a Miss Universe preliminary, is set for next month. Following Univision's decision, the pageant hasn't just lost a broadcaster; two of the event's hosts said they were also dropping out.

The controversy seems unlikely to fade, especially now that Trump is an official candidate for president. With his high name recognition, he places highly in many polls and is likely to be included in the first two Republican presidential debates scheduled for August.