Accessibility links
How Key Republicans Helped Obama To Biggest Week Of His Second Term : It's All Politics Their role in moving major issues in the president's direction — from health care and trade to same-sex marriage and the Confederate flag — was remarkable. 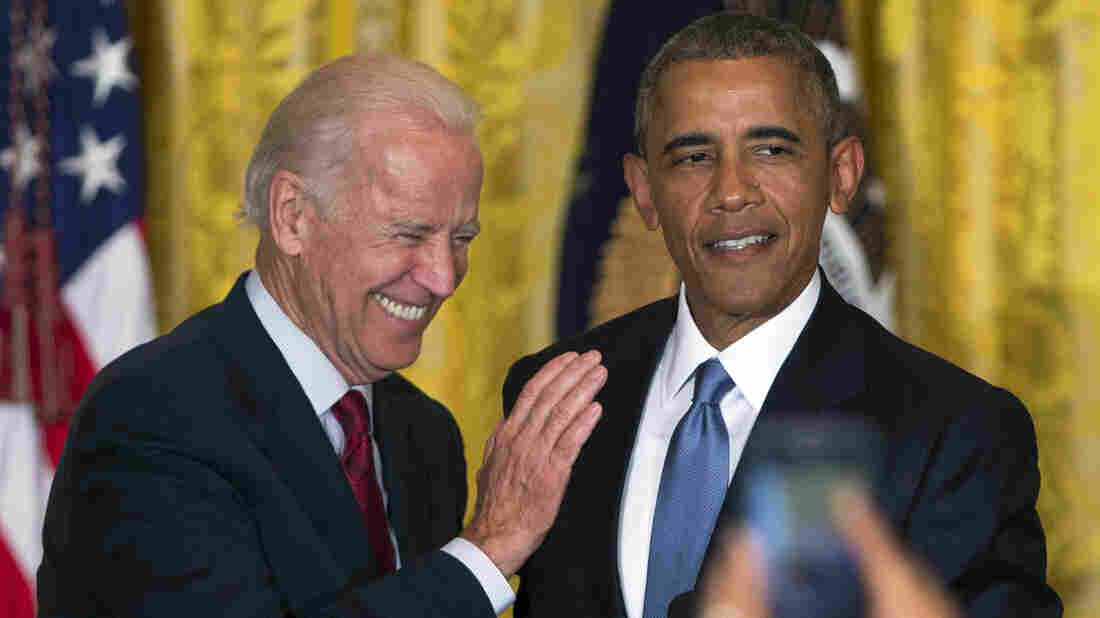 President Obama had one of the best weeks of his second term. And he has some key Republicans to thank for it. Evan Vucci/AP hide caption 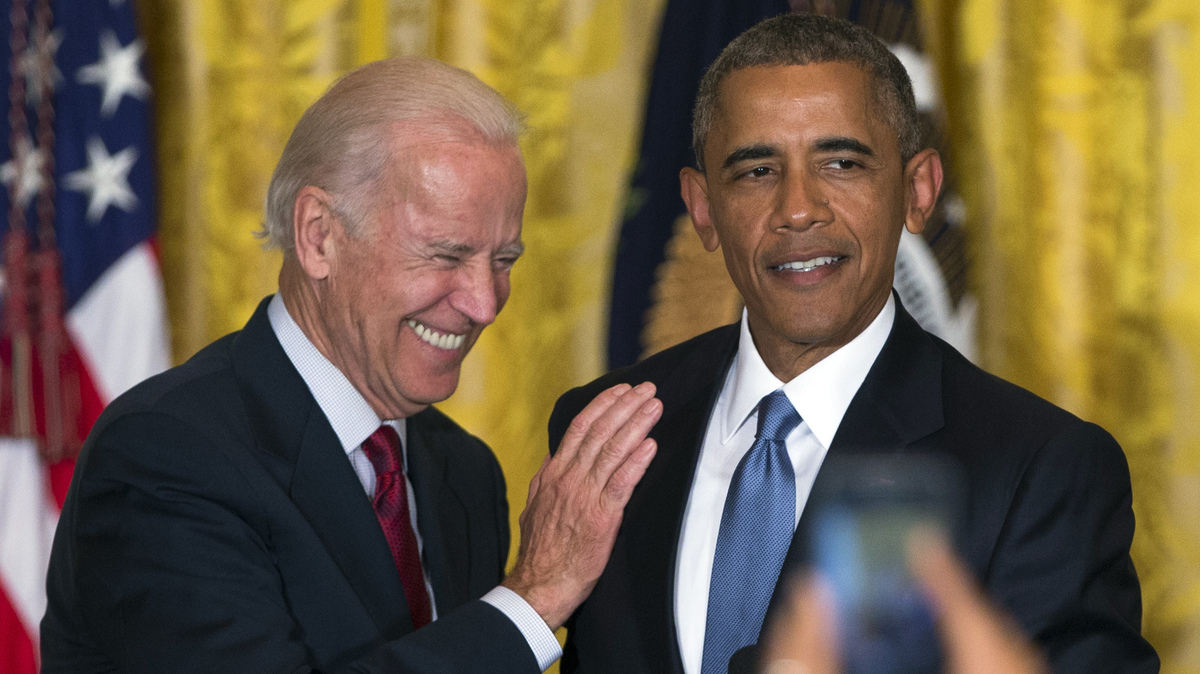 President Obama had one of the best weeks of his second term. And he has some key Republicans to thank for it.

With his eulogy Friday for the slain pastor and parishioners of "Mother Emanuel" AME Church in Charleston, S.C., President Obama concluded the most shining week of his second term.

The president praised the leadership of South Carolina for its response to the Charleston killings, especially their decision to take down the Confederate battle flag that has long flown either on or next to the state Capitol in Columbia.

"By taking down that flag, we expressed God's grace," the president said. "For too long, we've been blind to past injustices."

Just hours earlier, the president had spoken in the Rose Garden, welcoming a landmark decision by the U.S. Supreme Court that legalized same-sex marriage in all 50 states.

"This morning, the Supreme Court reaffirmed that all Americans are entitled to the equal protection of the law," Obama said, "that all people should be treated equally, regardless of who they are or who they love."

It was the second day in a row the president had made unscheduled White House remarks praising a major Supreme Court decision. On Thursday, by a 6-3 vote, the court upheld the tax subsidies critical to Obamacare.

Had the court gone the other way, the president's signature health care law might well have unraveled. Instead, it now seems certain to be around for at least the next two years, with an excellent chance of surviving much longer.

That same day, the president got still more good news: the House approved a key piece of the president's trade agenda, one it had rejected just two weeks earlier. That means Obama is well positioned to negotiate a landmark trade deal with 11 other Pacific Rim nations, putting his stamp on Asia's economic future as well as America's.

Such a confluence of favorable developments on so many fronts would be notable under any circumstances. But what made it so remarkable was the role certain Republicans played in moving these major issues in Obama's direction — from health care and trade to same-sex marriage and the Confederate flag.

In South Carolina, Republican Gov. Nikki Haley announced she would no longer support the presence of the flag on the Capitol grounds. (Obama singled her out for a salute on Friday.) Joining in that judgment were the state's U.S. senators, both Republicans. The Republican candidates for president generally fell in line, too, tempering past support for the controversial banner, long a symbol of pride to some and of oppression for others.

Republicans were also essential to the Supreme Court's 6-3 Obamacare decision upholding state-based subsidies. One of them, Chief Justice John Roberts, wrote the decision and dismissed the challenge so thoroughly and conclusively as to make further legal challenges seem futile.

Roberts, a legacy of President George W. Bush, also got an amen from Anthony Kennedy, an appointee of President Ronald Reagan.

And it would be Kennedy on the following day, delivering the deciding vote and reading aloud the decision on same-sex marriage. The constitutional guarantee of equal treatment, Kennedy intoned, meant no state could deny a marriage license to two men or two women.

The role of Republicans in securing Obama's trade victory was less surprising, given the GOP's longstanding support of free trade and of "fast track" negotiating authority for presidents. The idea behind this authority, often called "fast track," is that the administration negotiates the deal, then Congress votes it up or down without the right to amend it.

Recent presidents have generally had "fast track" authority, but it had lapsed before Obama was able to conclude a deal around the Pacific Rim. Most Republicans in Congress were willing to give it to him, but not all. Most Democrats were opposed, heeding the protests of organized labor, environmental groups and other constituencies opposed to past trade deals.

Two weeks ago, the initial defeat of a crucial part of the fast track authority in the House was front-page news. The defeat for the president was called "stinging" and "humiliating." His entire trade regime was declared dead, and much was made of the president's "lame duck" status and his stunted relationships with both parties in Congress.

But Thursday, with a different result in hand, White House spokesman Josh Earnest drew a different lesson from the trade battle. He called it an illustration of "the president's willingness to work with whoever will work with him."

Ultimately, the trade reversal was achieved through intense negotiations between the president and Republican leaders — House Speaker John Boehner, R-Ohio, and Senate Majority Leader Mitch McConnell, R-Ky. That made the difference and revived what had been moribund.

Seeing this, one has to wonder: How would the past six years have been different had such crossing of partisan lines not been so rare?

But the question remains: How different might the past six years have been?