Accessibility links
Supreme Court Rulings, Confederate Flag, Mark Shift In Culture Wars : It's All Politics Supreme Court rulings on the Affordable Care Act and same-sex marriage this week, and the debate over the Confederate flag, mark the apparent end of several battles in the culture war. 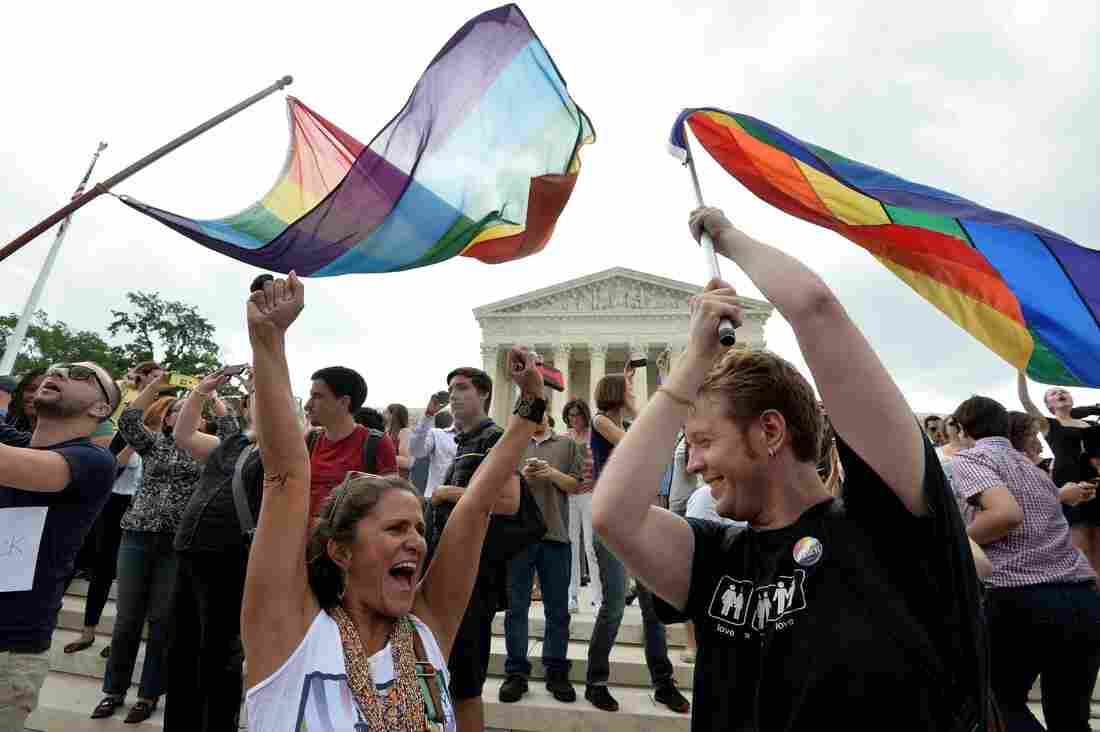 People celebrate outside the Supreme Court in Washington on Friday after its historic 5-4 decision on same-sex marriage. Mladen Antonov/AFP/Getty Images hide caption 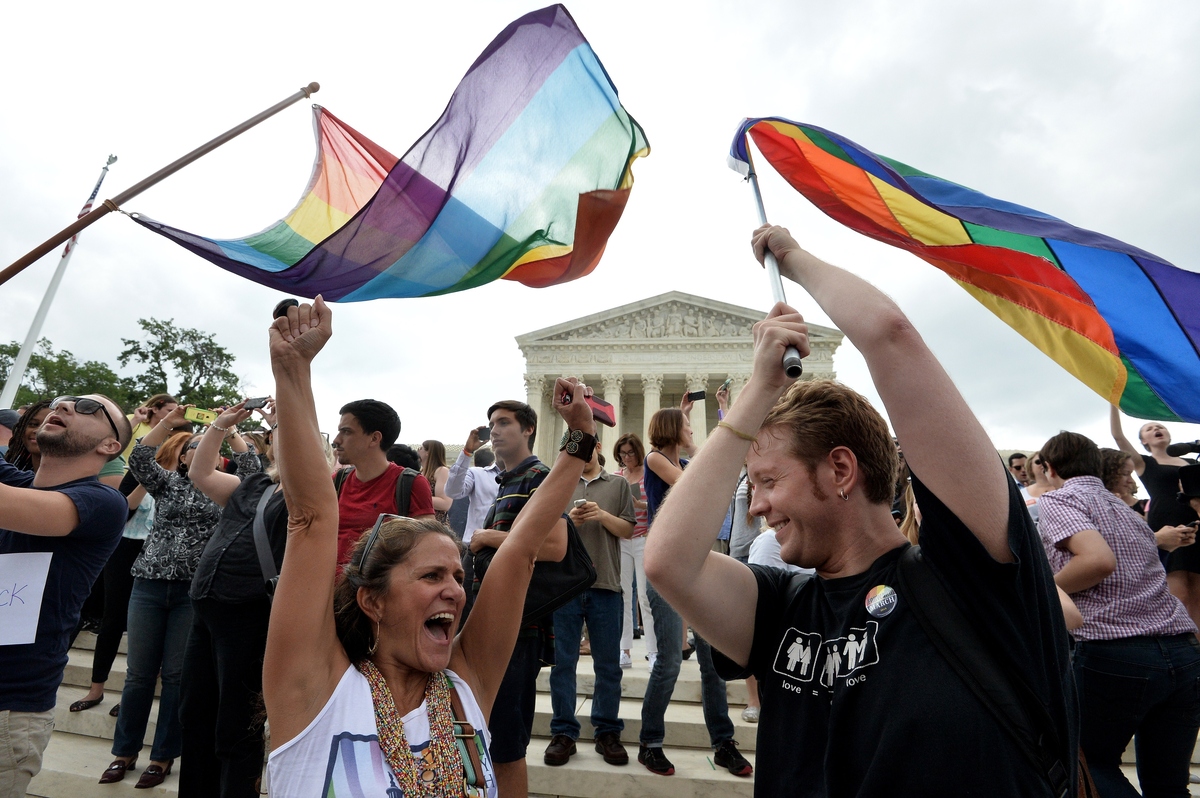 People celebrate outside the Supreme Court in Washington on Friday after its historic 5-4 decision on same-sex marriage.

There has been a big reset in the culture wars.

The Supreme Court on Friday upheld the rights of gays and lesbians to marry in all 50 states. States across the South are lowering the confederate flag, and the Supreme Court has, for the second time, voted to preserve the Affordable Care Act, otherwise known as Obamacare.

The results marked big wins for liberals after decades-long battles, in one form or another, on some of the issues.

"I think that what these things say is that the country is ready to move on from some some very divisive debates that have divided us, frankly, in some cases for generations," said Stephanie Cutter, a Democratic strategist and former aide to President Obama.

That certainly is true about the Confederate flag and, to some extent, same-sex marriage. Even Obamacare, while still unpopular, is generating less passion than it did two years ago.

It's hard to come up with a simple scorecard in the culture wars. On the surface, when everything that's happened this spring is taken together, it looks like a lot of big wins for the president and his party.

"You know, I have to smile when I think about where the conventional wisdom was the day after the midterm election [in 2014] when many people were hanging crepe on the White House and declaring the Obama administration dead and suggesting that he ought to go fishing for the next two years, because there would be nothing left for him to do," said David Axelrod, a former senior adviser to Obama."And he's had one of the most productive periods of his presidency in the last eight months, and this past week included with the passage of the fast-track provision on trade, with this decision(s) of the Supreme Court, leaning in on the Confederate flag. It's clear that there's still enormous power vested in that presidency."

But there also may be a silver lining in all of these developments for Republicans — starting with the gay marriage ruling. Smart Republicans know their opinions are out of sync with the majority of Americans on gay marriage. And now that the Supreme Court has provided some clarity, they can work on a way to to square that circle.

Many of the Republican presidential candidates issued statements Friday saying while they disagreed with the court — and would work to reverse the ruling — they respected the dignity of those who disagreed with them.

Russell Moore, president of the Ethics and Religious Liberty Commission of the Southern Baptist Convention approved.

"I think that many candidates are taking exactly the right approach," Moore said. "Not backing down on fundamental convictions, and yet at the same time recognizing that we have to persuade people who disagree with us, not simply scream at them. I think that's a wise move."

Thursday's court decision to leave Obamacare intact may not have been such a big defeat for the GOP, either. Republican congressional leaders are probably heaving a secret sigh of relief, because they avoided the responsibility for millions of people, who could have lost their health insurance overnight.

"It liberates them to speak with clarity about what they would do if they were elected," Conway said, adding, "They have a renewed platform to highlight the burdens and unfairness on American families and businesses through the ACA, and I think the decision makes Obamacare no more popular or workable, and now now will shift over from the constitutionality of the Affordable Care Act on to the workability of the Affordable Care Act."

As for the Confederate flag — just as the Supreme Court rescued the Republicans from having to deal with the chaos of an unraveling health insurance system, Conway said South Carolina Gov. Nikki Haley — by moving to take down the flag — helped her party in its difficult quest to appeal to an electorate growing more diverse by the day.

"The Confederate flag is a great example also of some divisions in the Republicans party in terms of swiftness," Conway said, "and for Governor Hailey and Senator Tim Scott — first African American elected in the Deep South since Reconstruction to the United States Senate — for them to stand there and really show their humility and their action but also the diversity of the modern Republican Party really goes a long way for many Americans."

All these issues — race and guns — Obamacare, gay rights and religious liberty will continue to be debated over the next year. But in the past couple of weeks, the terms of that debate have been reshaped — and both parties will have to readjust.