Accessibility links
Congress Leaves For Recess Without Reauthorizing Export-Import Bank : It's All Politics A government agency is about to close. The Export-Import Bank has helped U.S. companies sell goods abroad for decades, but it will likely wind down operations after July 1 if Congress doesn't act. 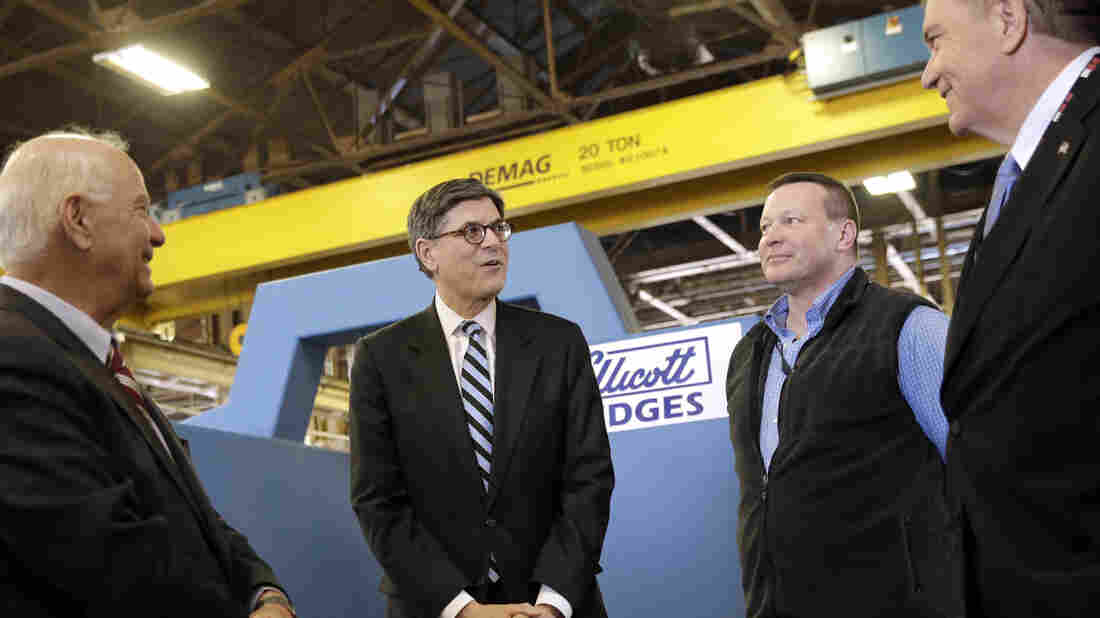 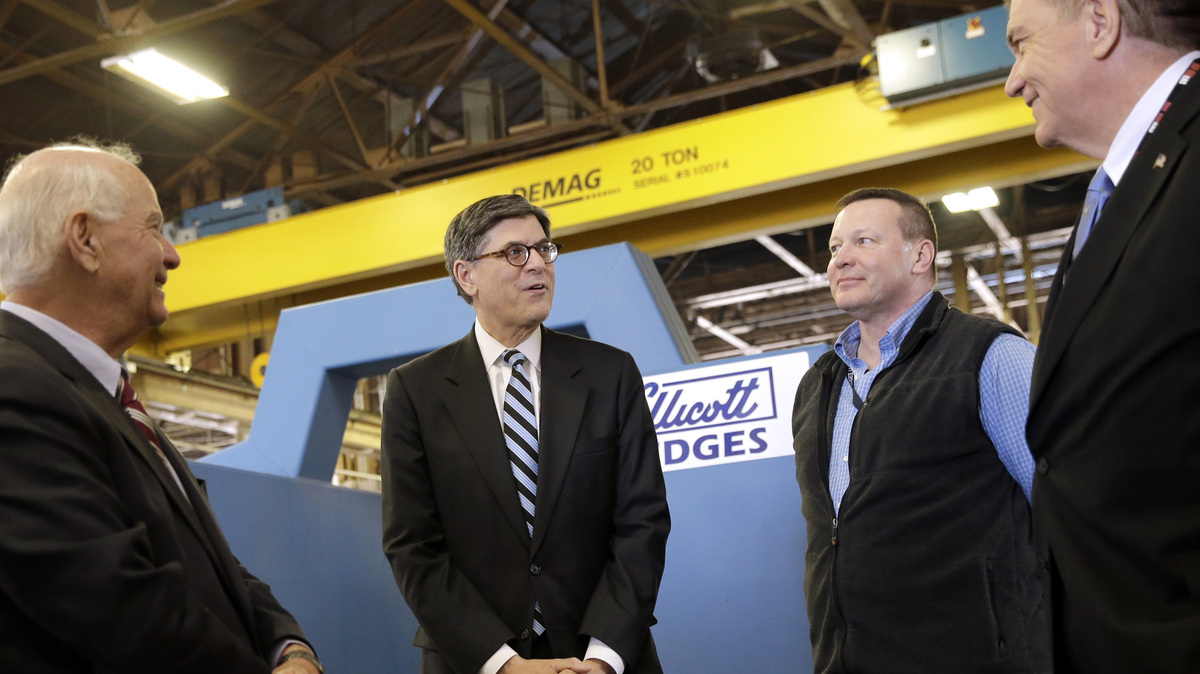 Treasury Secretary Jacob Lew (center) speaks with (from left) Sen. Ben Cardin, D-Md., Ellicott Dredges GM Craig Murdock and CFO Joseph Wendel during a tour of the company's manufacturing facility in March. Lew was on hand to promote investment in American infrastructure. The company has utilized the Export-Import Bank's services.

An agency of the federal government will have to stop doing business today. That's because members of Congress went home last week for the July Fourth recess without reauthorizing the Export-Import Bank.

For more than 100 years, Ellicott Dredges has been exporting dredging equipment made in the Baltimore area to more than a dozen foreign countries. Company President Peter Bowe says it's bad news that the Export-Import bank won't be making any more loans unless Congress steps in.

The bank makes loans and loan guarantees for the foreign customers of American businesses. The bank's customers include giants such as Boeing and General Electric, as well as 1,700 smaller companies such as Ellicott Dredges.

Never heard of a loan guarantee before? Bowe says it's kind of like buying a house: "Customers look at us and they say, 'Well how will I be able to afford your equipment if it doesn't come with financing?' It's analogous if you go buy a house typically you're buying it from a seller. The seller wants to know that you have financing and can close the deal — so typically you come with a letter from a bank that says you can get a mortgage. So it's the same kind of thing."

While much of the business community and Democrats say it's critical to reauthorize the bank, conservative critics say the agency provides "corporate welfare" for big businesses.

Rep. Jeb Hensarling, R-Texas, is the bank's most vocal critic on Capitol Hill. At a recent hearing, he said the bank meddles with the free market.

"I do understand one person's corporate welfare and politically driven capital allocation is another person's vital export support program and level playing field," he said.

Bowe doesn't see it that way. "Our customers have choices; they can go buy from our foreign competitors who have similar agencies to the Export-Import Bank which finance even more than Export-Import does and on easier terms," he says.

At a recent Christian Science Monitor breakfast, he said that just the threat of Export-Import's charter expiring is already hurting small businesses like Ellicott Dredges that depend on it for credit insurance for overseas sales.

Hochberg laid out a dire scenario if the bank stops lending: "You will see layoffs, you will see lost business — and we are already seeing foreign governments and foreign companies start taking advantage of the uncertainty."

Supporters hope to revive the bank. Lawmakers plan to link its renewal to a highway bill Congress plans to take up next month.