Accessibility links
5 Things You Should Know About Jim Webb : It's All Politics The former senator, the fifth Democrat to enter the presidential race, has a colorful background as a veteran, author, reporter and defender of the Confederacy.

5 Things You Should Know About Jim Webb

5 Things You Should Know About Jim Webb 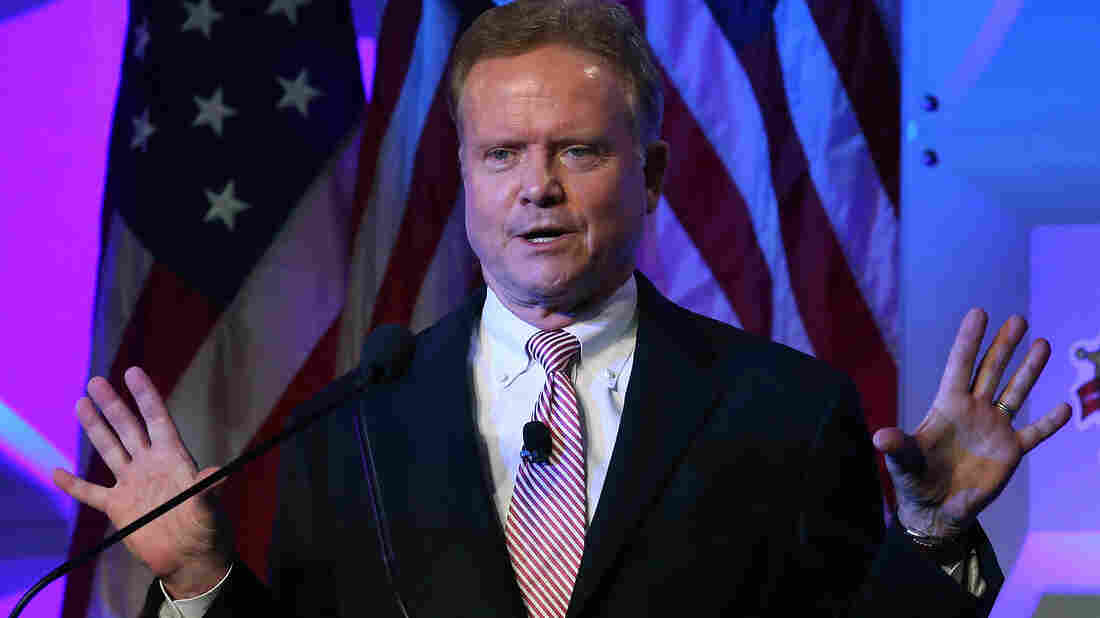 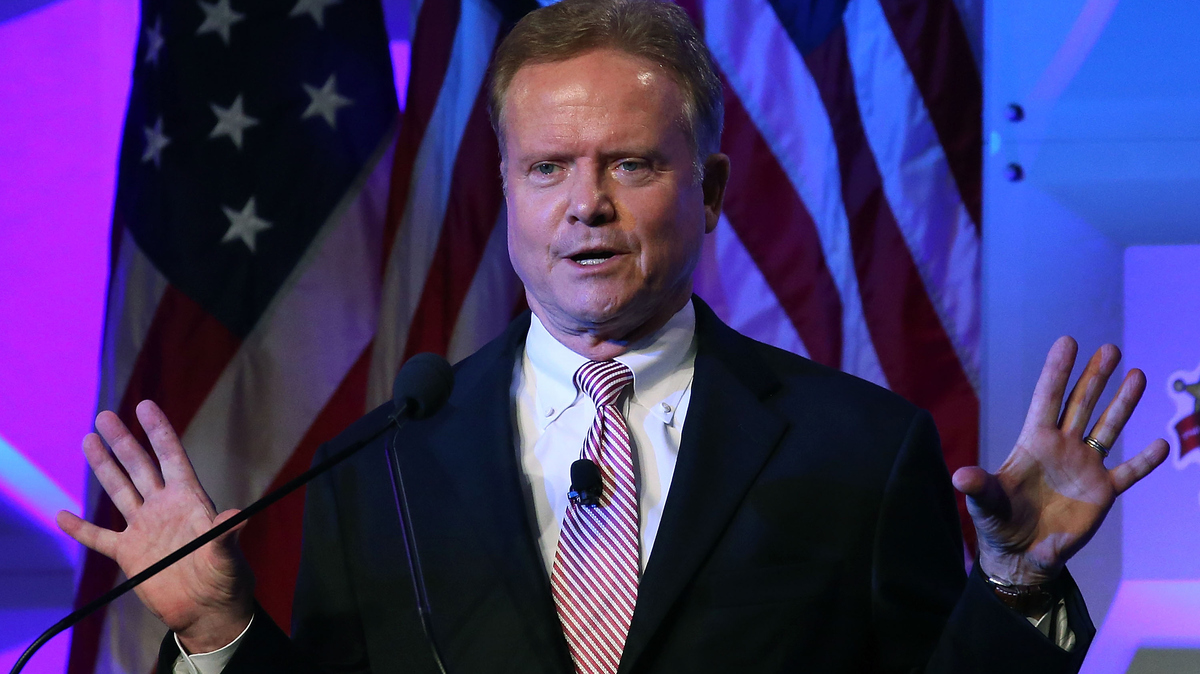 Jim Webb is now the fifth Democrat to pursue the 2016 presidential nomination. He made the announcement Thursday on his website, acknowledging that other candidates in the race are likely to have more money and bigger campaign machines than he does.

"I understand the odds, particularly in today's political climate where fair debate is so often drowned out by huge sums of money," he wrote. But, he added, "our country needs a fresh approach to solving the problems that confront us and too often unnecessarily divide us. We need to shake the hold of these shadow elites on our political process."

The former senator has a colorful background as a veteran, author, reporter and defender of the Confederacy. Here are five things about Webb you may not know or remember:

1. He's the only combat veteran in this presidential field

Webb, 69, is a Marine who fought in Vietnam. He was awarded the Navy Cross, Silver Star, two Bronze Stars and two Purple Hearts. He graduated from the Naval Academy, where he lost the 1967 147-pound boxing championship to Oliver North, the same Oliver North who would go on to get caught up in the Iran-Contra scandal of the 1980s. Of the 2016 presidential field, both Lindsey Graham and Rick Perry served in the military, but neither saw combat.

Webb's wife is Vietnamese, and she has said she was impressed by his love of the Vietnamese culture and grasp of the language.

2. He's written 10 best-selling books and was executive producer of the movie Rules of Engagement

Before serving one term in the Senate, Webb was an accomplished novelist. Notably, Fields of Fire, which was his first book and written when he was just 32, "has often been called the best book about Vietnam and likened to the war writing of Norman Mailer and Stephen Crane," Elizabeth Drew wrote in The New York Review of Books in 2008. Rules of Engagement, starring Samuel L. Jackson and Tommy Lee Jones, held the top spot in the box office for two weeks in 2000 and grossed $61 million.

3. He won an Emmy in 1983 for his coverage of the Lebanese civil war

In addition to his popular works, Webb also reported as a journalist from war zones. In 1983, for his reporting from Beirut on the Lebanese civil war, he won an Emmy. The report aired on the then-MacNeil/Lehrer NewsHour. He has also reported from Afghanistan. In 2004, he penned "Hunting Down Al-Qaeda" for Parade magazine. As the Iraq War descended into civil war, Webb was elected to the U.S. Senate in 2006. He's a sharp critic of the war who had a famous confrontation with George W. Bush over the war; his combat credentials helped boost him in his response to Bush's 2007 State of the Union address.

4. He's the first beneficiary of a viral YouTube moment

There was once a time, not too long ago, before Twitter, Facebook and, yes, even Snapchat. It was just in 2006 when the first political YouTube moment — known as "Macaca" — hit. Webb was the beneficiary of that moment. Republican George Allen had been favored to win re-election to the U.S. Senate seat in Virginia. That is, until race became an issue in a big way. Growing frustrated with a video tracker, Allen uttered, "This fella over here with the yellow shirt, 'Macaca,' or whatever his name is, he's with my opponent; he's following us around everywhere." The young campaign worker's name was S.R. Sidarth; he was Indian-American (and had grown up in the U.S.), working for Webb. The slur came to define Allen's campaign and helped vault Webb into the Senate.

Last month, candidate after candidate in the 2016 race called for the Confederate battle flag to be removed from the South Carolina state Capitol grounds. After Republican Gov. Nikki Haley of South Carolina held a press conference calling for it to be removed, Jeb Bush called the flag "racist." Jim Webb, though, a descendant of Confederate officers, defended those who fought for the Confederacy. He wrote in a June 24 Facebook post:

"The Confederate Battle Flag has wrongly been used for racist and other purposes in recent decades. ... But we should also remember that honorable Americans fought on both sides in the Civil War, including slave holders in the Union Army from states such as Missouri, Kentucky, Maryland and Delaware, and that many non-slave holders fought for the South. It was in recognition of the character of soldiers on both sides that the federal government authorized the construction of the Confederate Memorial 100 years ago, on the grounds of Arlington National Cemetery. This is a time for us to come together, and to recognize once more that our complex multicultural society is founded on the principle of mutual respect."

Webb has always taken a more sympathetic view of the Confederacy. He has previously referred to Confederate soldiers' "gallantry," described Gen. Robert E. Lee as "venerable," and defended the South's want to secede. "Most Southern soldiers viewed the driving issue to be sovereignty rather than slavery," he said in a 1990 speech at the Confederate memorial at Arlington Cemetery. "In 1860, fewer than 5 percent of the people in the South owned slaves, and fewer than 20 percent were involved with slavery in any capacity."