Accessibility links
Does It Matter That 95 Percent Of Elected Prosecutors Are White? : It's All Politics "The group of people who are really the managers of the criminal justice system in America are concentrated among one demographic group: white men," said an author of the report.

Does It Matter That 95 Percent Of Elected Prosecutors Are White?

Does It Matter That 95 Percent Of Elected Prosecutors Are White? 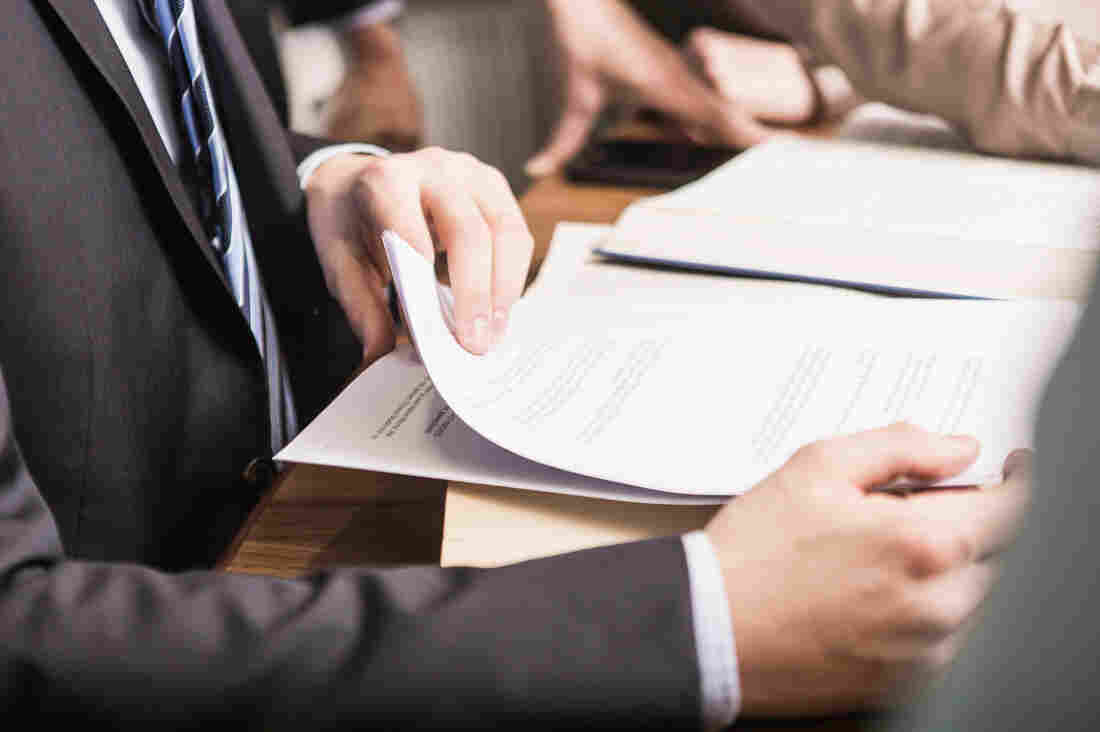 A new report counted the race and gender for more than 2,400 elected prosecutors and found that 95 percent are white. Cultura RM/Matelly/Getty Images hide caption 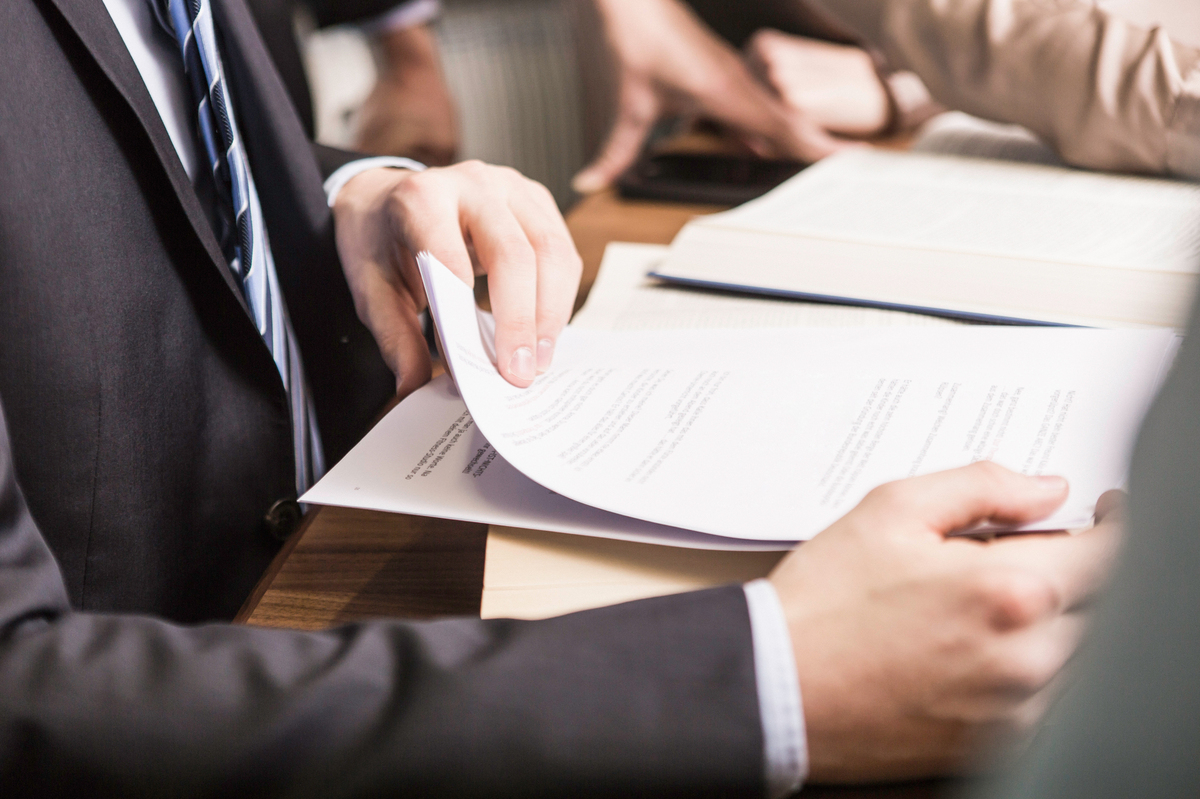 A new report counted the race and gender for more than 2,400 elected prosecutors and found that 95 percent are white.

Marilyn Mosby, Baltimore's African-American state's attorney, took the spotlight earlier this year when she filed charges against six police officers in her own city. The officers were charged in connection with the death of Freddie Gray, an African-American man who died while in custody. 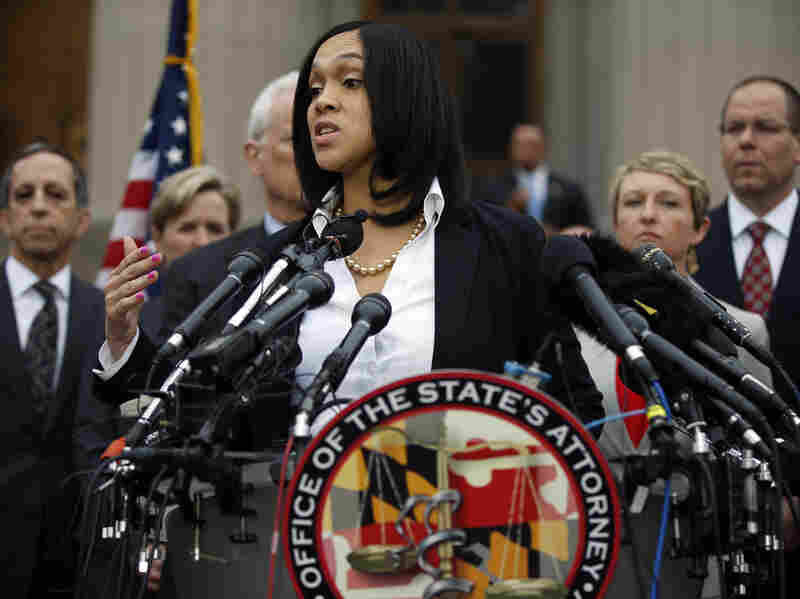 "There's a new sense that African-American prosecutors can make a difference. We can call that the Marilyn Mosby effect," law professor Paul Butler said of the Baltimore state's attorney. Alex Brandon/AP hide caption 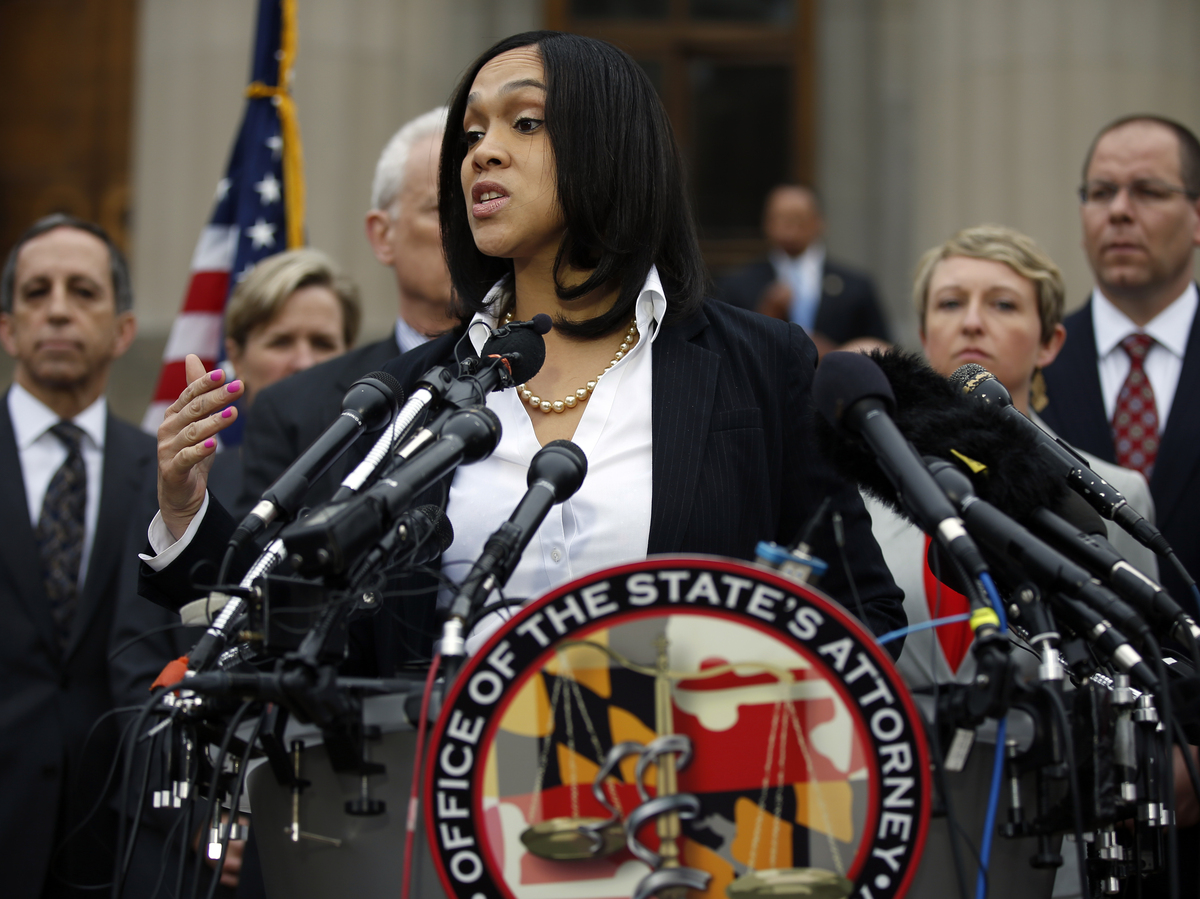 "There's a new sense that African-American prosecutors can make a difference. We can call that the Marilyn Mosby effect," law professor Paul Butler said of the Baltimore state's attorney.

It was a powerful image to some Baltimore residents — an African-American woman who said she heard where the city's protesters were coming from, but also that she came from a family of police officers and needed the public to let her do her job.

"Your peace is sincerely needed as I work to deliver justice on behalf of Freddie Gray," she said.

It turns out, that image is an extreme rarity among elected prosecutors like Mosby. A report out this week found that 95 percent of the country's elected prosecutors are white, and 83 percent are men. Only 1 percent are women of color, according to the findings from the Reflective Democracy Campaign, a project of the left-leaning Women Donors Network.

The report counted the race and gender for more than 2,400 elected public prosecutors — including many state, county and district attorneys — as of the summer of 2014, just before Mosby was elected.

States started electing prosecutors as early as 1832. Back then, political reformers believed that electing prosecutors, rather than appointing them as many still are, would remove them from partisan politics and force them to be accountable to voters and local communities. Today, all but four states, according to the report's data, have some elected prosecutors.

The proportion of white elected prosecutors is higher than that of attorneys in general. According to the American Bar Association, 88 percent of lawyers are white.

"The group of people who are really the managers of the criminal justice system in America are concentrated among one demographic group: white men," said Brenda Choresi Carter of the Reflective Democracy Campaign, who led the study.

That demographic, she said, "really just does not have the kinds of life experiences that most of the population has. If you're a person of color, you know what it is to be treated with suspicion from a policing perspective."

She added that male prosecutors could, for example, see and handle cases related to pregnancy, abortion rights, sexual harassment and domestic violence differently than cases.

"Having women and people of color represented more fully in these positions is no guarantee of equality in the criminal justice system, but I do feel very confident that we're not going to get equality with these numbers," Choresi Carter said. "These are numbers that if we saw them in any other country, or pretty much any other context, we would say, 'Wow, something is really seriously wrong with the system.' "

The prosecutors studied were elected by voters. But there doesn't seem to be much choice at the ballot box — another study found that a majority of incumbent prosecutors, 85 percent, run unopposed.

The discrepancy in race, according to Paul Butler — a law professor at Georgetown, a former federal prosecutor and author of Let's Get Free: A Hip-Hop Theory of Justice — comes in well before the voting booth.

Blacks are incarcerated at nearly six times the rate of whites, according to the NAACP.

Butler, who is black, said he expects to see more African-Americans consider going into prosecution after recent cases involving the deaths of black men in Ferguson, Mo., Staten Island and Baltimore, as well as the high profile of Baltimore's Mosby.

"There's a new sense that African-American prosecutors can make a difference," Butler said. "We can call that the Marilyn Mosby effect."

But not everyone agrees that the racial disparity in elected prosecutors translates to unequal justice.

Hans von Spakovsky, a former Justice Department attorney now at the conservative Heritage Foundation, said the under-representation of African-Americans in prosecutor roles should be addressed, but he "totally rejects" the idea that "justice depends on your race."

Prosecutors that are not doing a good job or are too severe, he said, should be voted out of office. The lawyers he worked with at Justice, he pointed out, "were interested in prosecuting and seeing that justice was done; they didn't give a damn about the particular race of the people they were prosecuting or the victims. They saw people as people."