Accessibility links
Clinton Is 'Worried' About Bernie Sanders — But Should She Be? : It's All Politics Democrats say the front-runner is wise to not take the insurgent Vermont senator for granted, given her loss in 2008. But the signs aren't there yet that he poses a serious threat down the line.

Clinton Is 'Worried' About Bernie Sanders — But Should She Be?

Clinton Is 'Worried' About Bernie Sanders — But Should She Be? 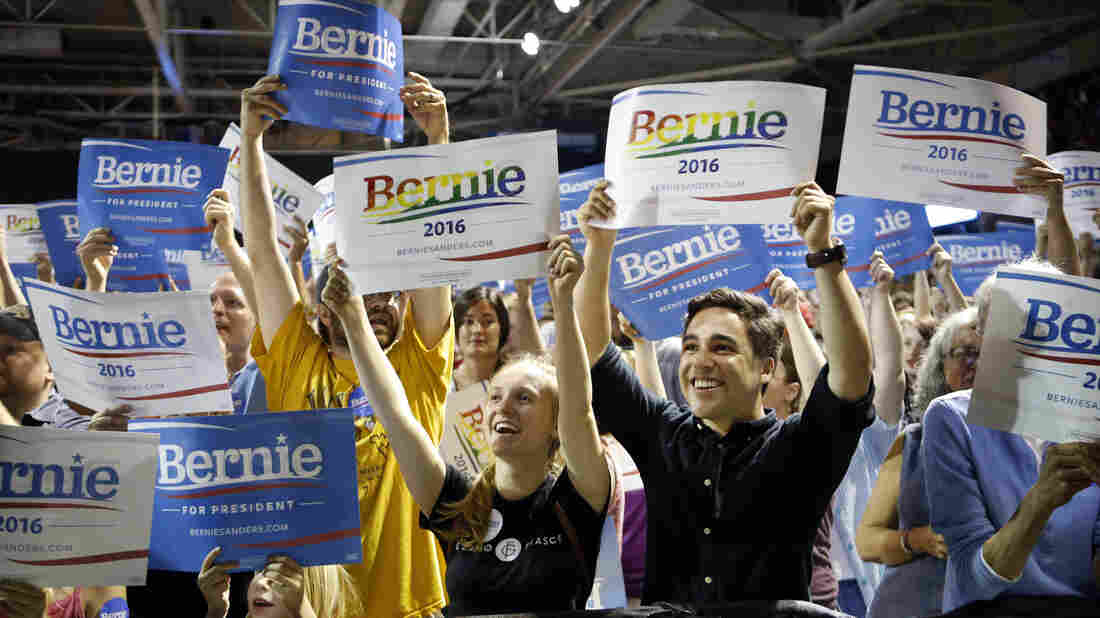 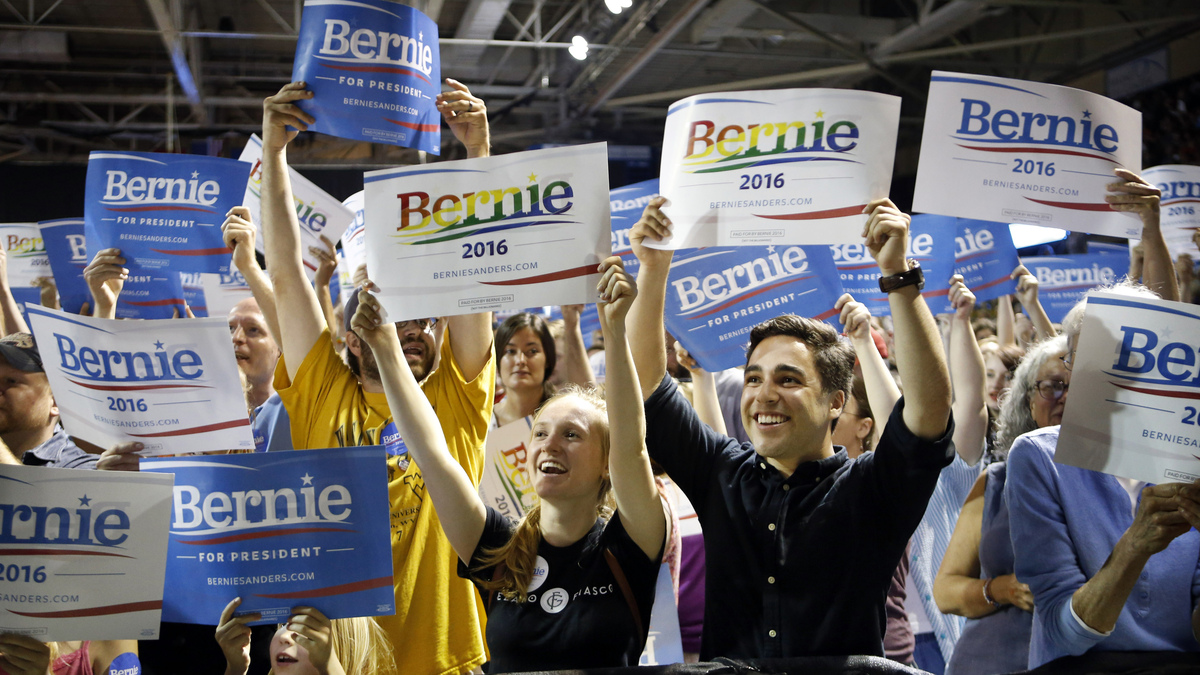 Supporters of Democratic presidential candidate Sen. Bernie Sanders, I-Vt., cheer at a campaign rally in Portland, Maine. Sanders is packing 'em in: 10,000 people in Madison, Wis.; more than 2,500 in Council Bluffs, Iowa; another 7,500 in Portland.

Hillary Clinton's campaign is telegraphing that it is "worried" about an insurgent Bernie Sanders. But should it be?

"We are worried about him, sure," Clinton Communications Director Jennifer Palmieri said Monday on MSNBC's Morning Joe. "He will be a serious force for the campaign, and I don't think that will diminish."

The Vermont independent senator has been making a lot of noise since he entered the 2016 Democratic race for president. He's rising in the polls, drawing huge crowds and raising an impressive amount of money.

But in organization, name identification and fundraising, Clinton is still tops. She raised $45 million this past quarter — three times more than Sanders' $15 million haul. That's key for organization, getting a message out and getting voters to the polls.

And while Sanders drew crowds of 10,000 in Madison, Wis., and 7,500 in a packed Maine arena, neither were in early primary states where he needs wins to topple Clinton.

He did draw a very large crowd of 2,500 in Iowa, and there is undoubtedly energy and a depth of enthusiasm on his side that is unmatched. The polls have shown a surge, too. In New Hampshire, Sanders' neighboring state, the latest survey showed him trailing Clinton by 8 points, not insurmountable by any stretch. 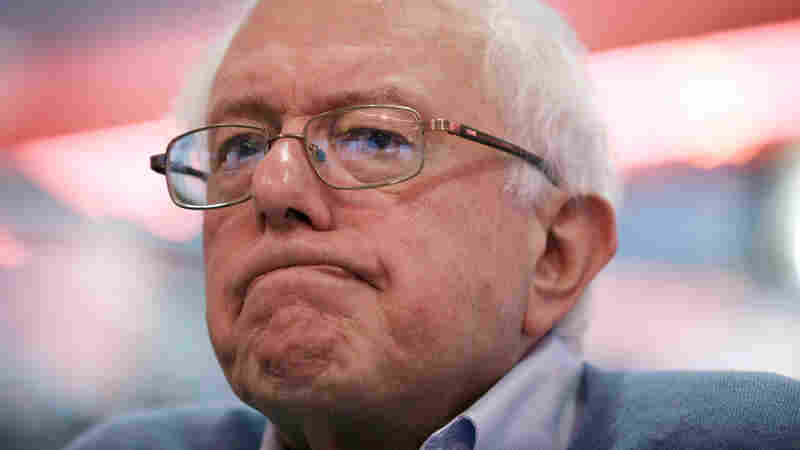 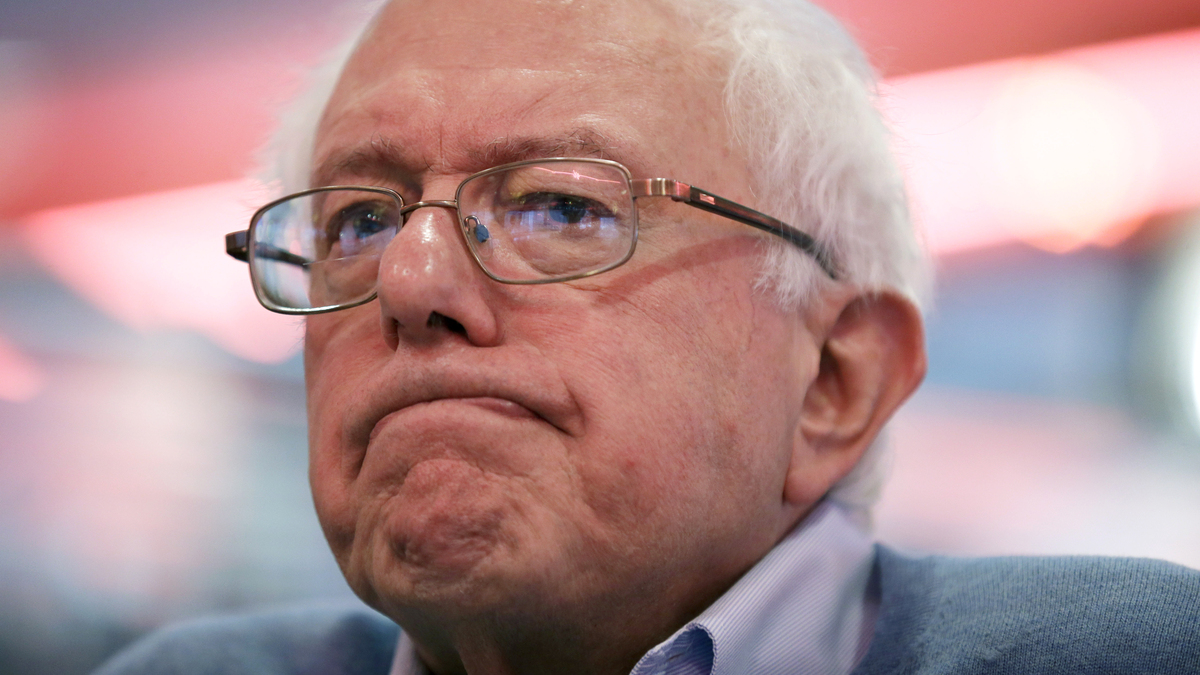 In Iowa, he's further behind — by almost 20 points. But Iowa caucusgoers are traditionally difficult to poll, and Clinton doesn't exactly have the best track record in the state. She finished a disappointing third there in 2008 behind Barack Obama and John Edwards.

Nationally, Sanders still trails her by more than 40 points on average, but national polls can be skewed by name ID — and nominations are not determined by national polls.

Clinton is feeling some pressure, or, as Sanders' supporters like to say — feeling the Bern.

Clinton sidestepped questions about Sanders specifically in her first national television interview Tuesday night with CNN — but emphasized she has learned from the mistakes of 2008, when she appeared overconfident in the face of Obama's rising threat and didn't focus as much on on-the-ground organizing.

"First of all, I always thought this would be a competitive race," Clinton said. "So I am happy to have a chance to get out and run my campaign as I see fit and let other candidates do exactly the same."

And she underscored that in Iowa, in particular, it's all about early legwork.

That's the type of attitude that Democratic pollster Mark Mellman said she should have, given her 2008 flame-out.

"Hillary Clinton has been surprised before by Barack Obama, so she and her campaign are wisely not taking anything for granted," Mellman said. "That's just smart on their part to keep an eye on everybody in contention."

Of course, Sanders is not Barack Obama. Daily Kos founder Markos Moulitsas wrote Tuesday that while Sanders may exceed expectations and could even top 40 percent in Iowa, he may not have much reach beyond that. After Obama won Iowa, he proved to African-American voters in South Carolina and beyond that he could win. Now, Clinton is reaching out to those groups, while Sanders' support is soft among that bloc.

"[T]his early version of Sanders appears to be an eerie carbon copy of the Howard Dean 2003 campaign — wildly popular with the party's white, educated, middle-class base ... and few others," Moulitsas wrote. "Given that non-whites will make up around 40 percent of primary voters, Sanders needs to gain with those groups if he is to have any shot at the big upset." 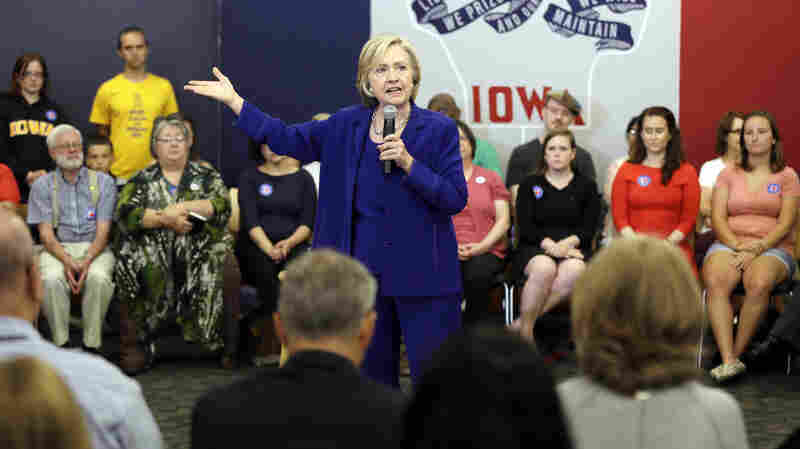 Clinton says she has learned from her 2008 loss and is placing a heavy emphasis on organizing in early states, like Iowa. Charlie Neibergall/AP hide caption 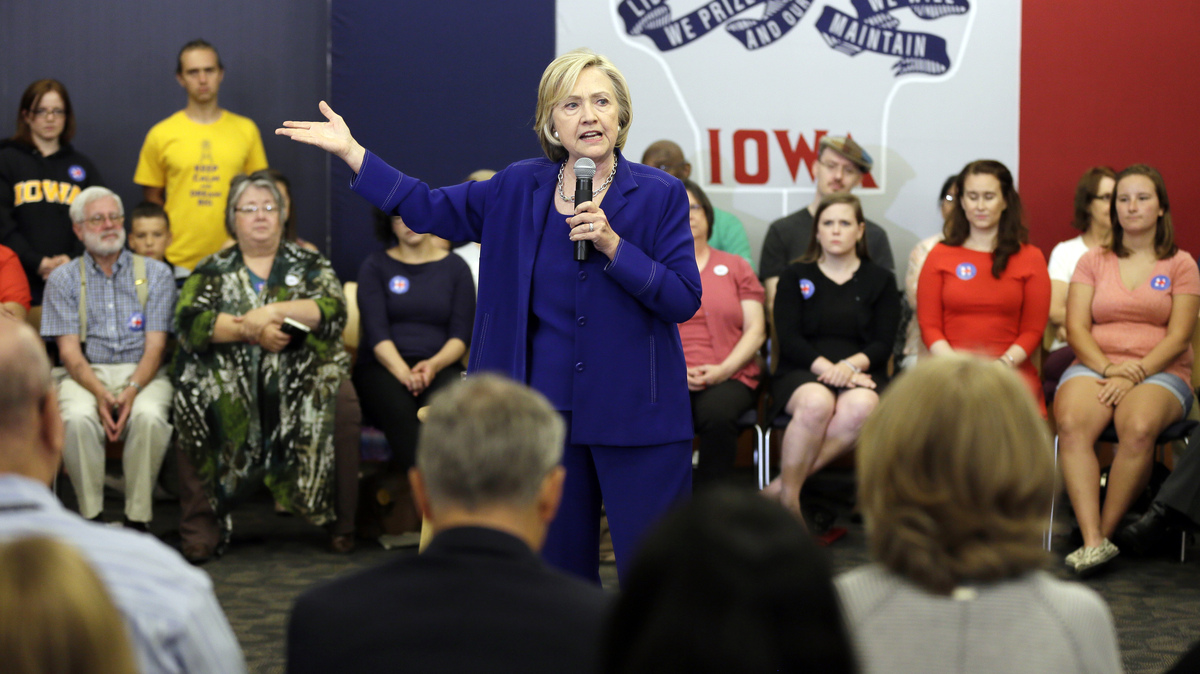 Clinton says she has learned from her 2008 loss and is placing a heavy emphasis on organizing in early states, like Iowa.

For now, Democrats say Sanders is succeeding in consolidating the "Anybody But Hillary" vote — and to actually topple her once primary season begins will be another, more difficult feat entirely.

"The question is for those people who don't like Hillary Clinton, or don't think she's far enough to the left or don't think she's a winnable candidate, there's always sort of an 'Anybody But' movement," said Elaine Kamarck, a fellow at the Brookings Institution and author of Primary Politics. "This is a race to be the person who challenges Hillary — that doesn't mean that they're going to win. It just means that it's in the nature of this kind of contest that someone will end up being the challenge to the front runner."

If there's a divide in the Democratic Party between the establishment and the party's more liberal wing, Sanders — a self-described socialist — has captured the far left, and has that wing all to himself. It's the same people who were clamoring for Massachusetts Sen. Elizabeth Warren to win, but now they're being charmed by Sanders and helping fuel his "Bernmentum." His blunt message about income inequality is also resonating with that segment of Democratic voters, especially millennials.

On the GOP side, there's a divide, too — but many candidates are competing for the conservative and establishment lanes, leaving the Republicans' much larger field without a clear front-runner.

But in the Democratic primary, there are few signs Clinton could slide much.

"Usually for all the drama in between, front-runners win. And part of the reason is they have the capacity and the expertise to run the full gamut of races — every single race in every single state," added Kamarck, a superdelegate for Clinton in 2008 who's unaffiliated now.

The math to get to the nomination will take awhile, though — and Sanders is likely to win some states and delegates. Doing well in caucus states — like Obama did in 2008 — would help his case, as would picking up some delegates in other states along the way.

Other past challengers have had early momentum to challenge the front-runner, but never ended up finishing the task. In 2000, former New Jersey Sen. Bill Bradley emerged as an early threat to Vice President Al Gore. But he failed to win any contests once voting actually started, and he withdrew and endorsed Gore.

Mo Elleithee, a former communications director at the Democratic National Committee who now directs Georgetown University's Institute of Politics and Public Service, was part of that Bradley 2000 effort.

"We actually at one point were leading Al Gore," he wistfully recalled.

It didn't last, but Elleithee argues that it made Gore a stronger candidate.

"Just like a heavyweight boxer should never go into a championship bout without having had a sparring partner, a legit sparring partner. That's the role that Bradley played for Gore. And I think that's a role Bernie can play for Hillary. And you know what? If she ends up stumbling, he can be there to pick up the pieces," said Elleithee, who also worked on Clinton's 2008 campaign.

There are sure to be times Sanders will surge, and anything can happen once voters actually start voting. But for now, Mellman says there hasn't been anyone in such a strong position for Democrats this early on in recent memory.