Accessibility links
The Best Insults Of Donald Trump's Latest Campaign Speech : It's All Politics Trump's kickoff speech in South Carolina was chock full of vitriol, with the added bonus of giving out the phone number of a sitting U.S. senator. 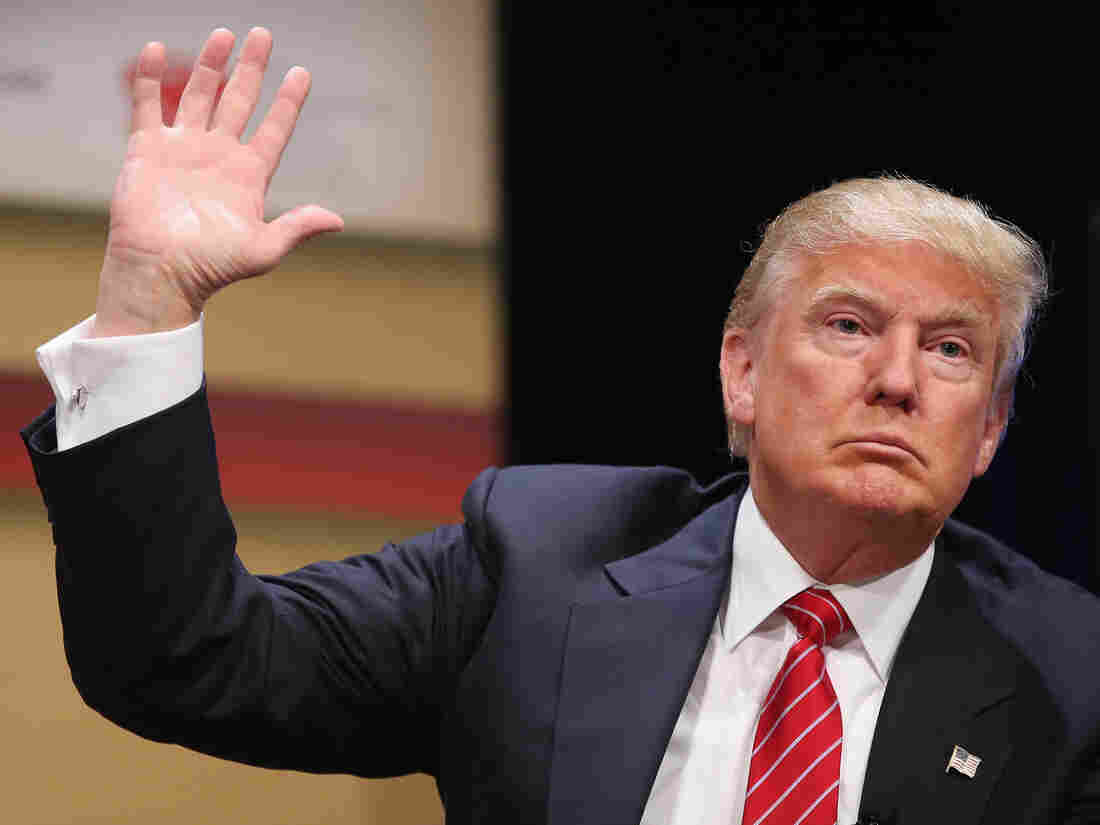 Trump threw out dozens of insults in his latest campaign speech, and he had several in particular for Sen. Lindsey Graham. Scott Olson/Getty Images hide caption 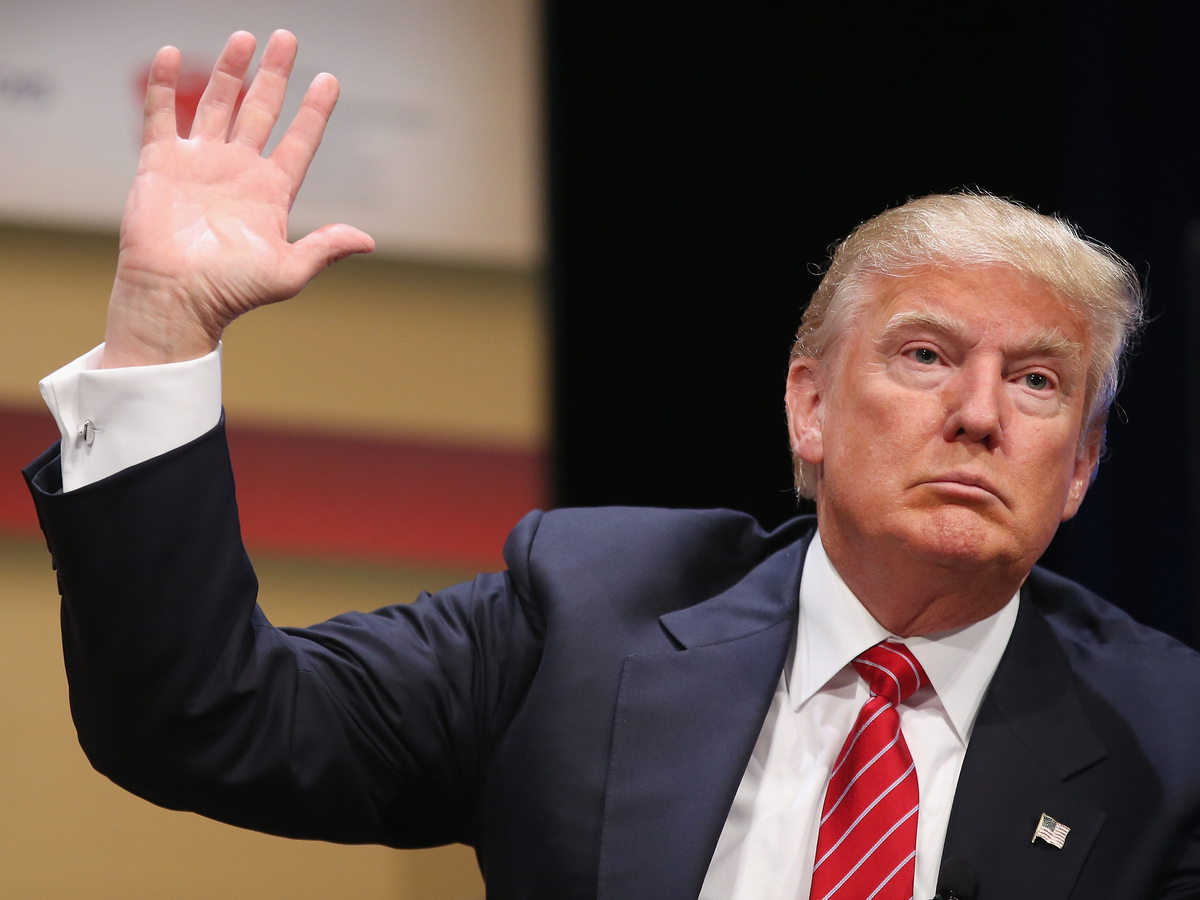 Trump threw out dozens of insults in his latest campaign speech, and he had several in particular for Sen. Lindsey Graham.

Donald Trump held a kickoff event for his South Carolina campaign on Tuesday, and his speech was, to put it mildly, a doozy. Speaking in Sun City, S.C., without the aid of a TelePrompTer — because "Maybe when you run for president you shouldn't be allowed to use a TelePrompTer, because you find out what you're getting" — he was defensive, brash, angry, funny and self-aggrandizing.

But one thing set The Donald's speech apart from all other campaign speeches: He hurled insult after insult. In a speech that almost felt like a comedy roast of Washington, Trump flung put-downs in every direction, especially at a certain South Carolina senator who had used some possibly objectionable language to slam Trump earlier.

Here's some of the billionaire businessman's most stinging insults:

"I see your senator, what a stiff. What a stiff: Lindsey Graham."

"And then you have this guy Lindsey Graham, a total lightweight. Here's a guy — in the private sector he couldn't get a job. Believe me. Couldn't get a job. He couldn't do what you people did. You're retired as hell and rich. He wouldn't be rich; he'd be poor."

"And then I watch this idiot Lindsey Graham on television today, and he calls me a jackass."

"I said to myself, you know, it's amazing. [Graham] doesn't seem like a very bright guy. He actually probably seems to me not as bright, honestly, as [former Texas Gov.] Rick Perry. I think Rick Perry honestly is smarter than Lindsey Graham, but what do I know?"

"We have a president who just can't say a few words: 'Put the flags at half-mast for the five Marines that were just killed.' Why? Why? Why? ... It's almost like, does he read the papers? Does he watch television?"

"I see Rick Perry the other day. ... He's doing very poorly in the polls. He put on glasses so people will think he's smart. And it just doesn't work! You know people can see through the glasses!"

"The new governor, Governor Abbott ... I see him, he's so vicious. He used to be a really nice guy. He used to come see me for contributions, for support. All of a sudden he wants to show [mocking voice] he's a tough guy with Trump. So tough."

"I'm not a fan of Jeb Bush, because Jeb Bush is a fan of Common Core and weak on immigration. ... And he's not a dealmaker. Who would you rather have negotiating against China?"

"They're all talk, no action, so they won't do anything, anyway, just so you understand. They can talk all they want."

"[I've seen] ships that are five times longer than this totally sold-out building along with the amphitheaters, by the way. The press never reports that [presumably, on the sold-out crowds]. They never report that. But that's OK."

"The press is very dishonest."

On trade and U.S. relationships abroad

"Believe me, [the Chinese] tax you [via currency manipulation]. We don't tax, because we have people that are stupid. ... The problem with free trade is you need smart people on our side. ... [gestures around] I could take some of the people up here, I could put them in. They'd do a great job."

"You can win against China if you're smart. But our people don't have a clue. We give state dinners to the heads of China. I say 'Why are you doing state dinners for them? They're ripping us left and right. Just take them to McDonald's and go back to the negotiating table.' It's true!"

"[Speaking to Iran's leaders] 'Fellas' — and it is fellas, because they haven't figured out that the women are smarter than the men — ... you've got to let our prisoners go."