Accessibility links
Meet Hillary Clinton — Again : It's All Politics Hillary Clinton has been in the national spotlight since 1992 and has universal name ID, but her campaign hopes a $2 million ad buy will introduce voters to a side of her they don't know. 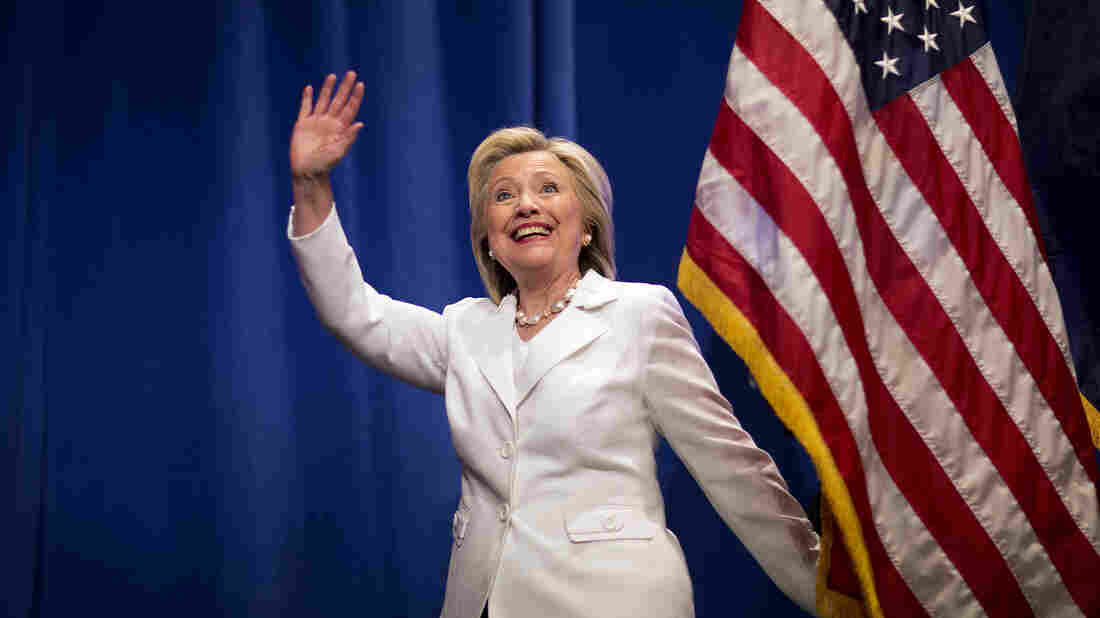 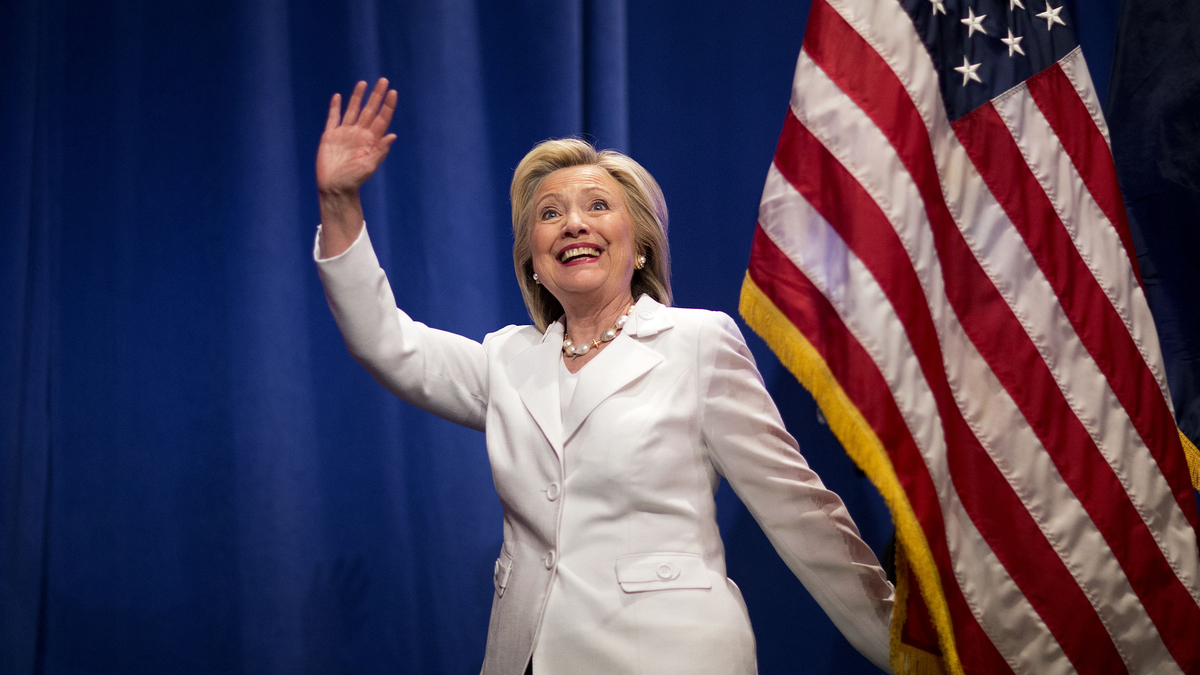 Hillary Clinton is a former first lady, former New York senator, former Secretary of State and runner-up in the Democratic primary in 2008. Her name identification is nearly universal. But her campaign just announced it is spending $2 million to air a pair of minute-long "getting-to-know-you" TV spots in the early primary states of Iowa and New Hampshire.

Clinton has been in the national spotlight since 1992, but her campaign and long-time friends argue most people don't have a clue about the real Hillary Clinton.

Since launching her campaign in April, the heart (or maybe the soul) of Clinton's stump speech has been her late mother Dorothy Rodham. Now Rodham's harrowing early life and the challenges she overcame are the centerpiece of the campaign's first ads of the cycle. She also invoked her mother's memory when officially launching her campaign earlier this summer.

A second ad also uses Rodham's story, but then swiftly ticks off Clinton's own achievements — including noting she "joined the cabinet of a man who defeated her, because when your president calls, you serve."

The new push comes after slew of recent polls showed Clinton's favorability ratings sagging under the weight of bad headlines and ongoing questions about the personal email server she used as Secretary of State.

This is earlier than Clinton went up with ads in 2007 during her first run for president. But in a statement, her campaign manager Robby Mook insisted this was all part of the plan.

"We're going to make sure everyone knows who Hillary Clinton really is – who she fights for and what has motivated her lifelong commitment to children and families," Mook said. "Since Day 1, we've planned for a competitive primary with Hillary herself working to earn every vote and, ultimately, the nomination. This is the natural next step."

The five-week ad buy rings up to $1 million each in both Iowa and New Hampshire. According to Clinton's campaign, the ads will air statewide in New Hampshire and in the two largest media markets in Iowa.

Several Republican candidates for president and their superPACs have been running TV ads in recent weeks, in part to juice their poll numbers ahead of this week's first televised GOP debate.