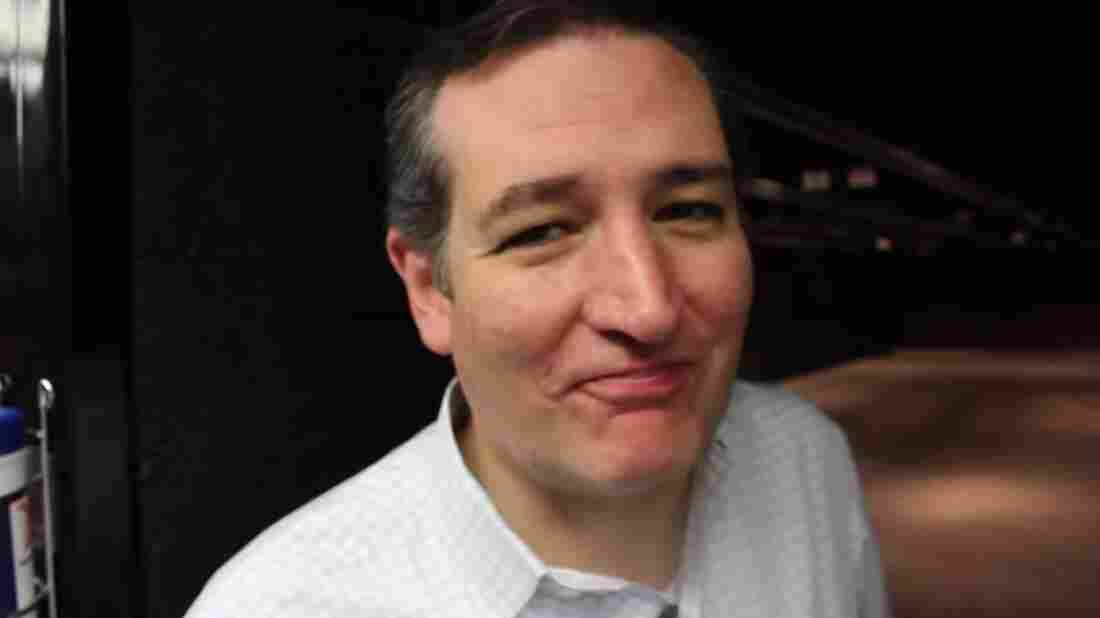 Presidential candidate Ted Cruz trying bacon — made on a machine gun — at the end of a new video. YouTube/IJReview hide caption 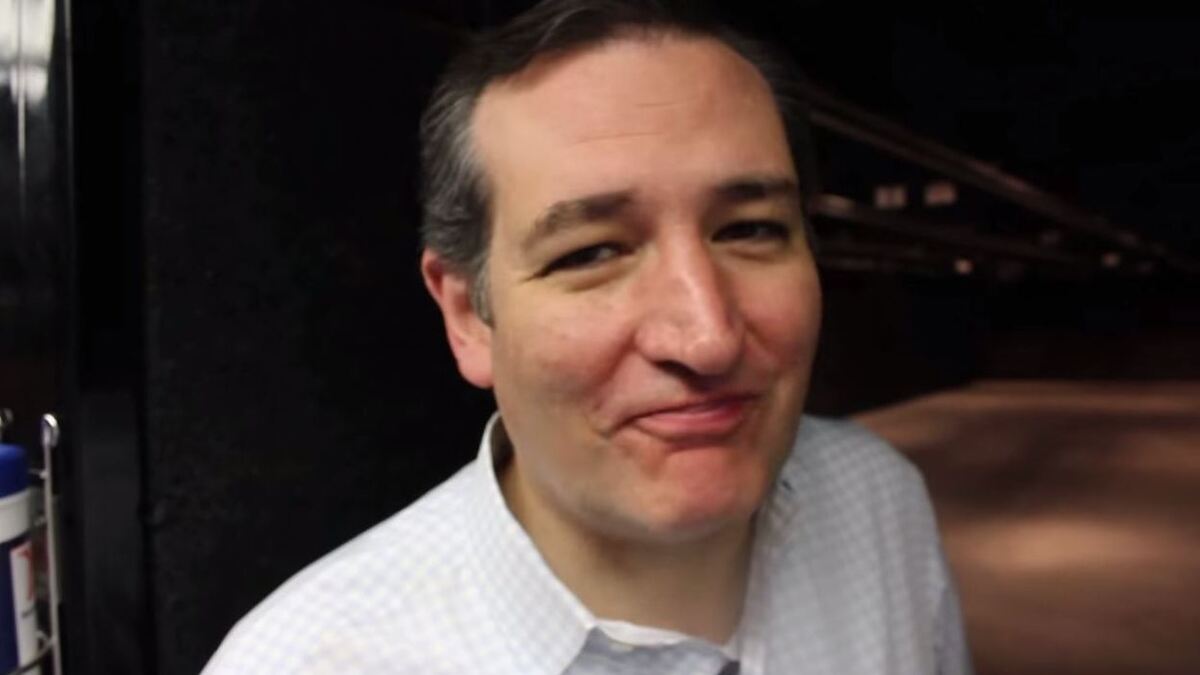 Presidential candidate Ted Cruz trying bacon — made on a machine gun — at the end of a new video.

In a new video, presidential candidate Ted Cruz has manages to combine one of America's near-universal loves with one of its more contentious pastimes: bacon and guns.

The video is the latest in a stream of off-the-wall, YouTube-style videos featuring GOP presidential candidates.

"There are few things I enjoy more than on weekends cooking breakfast with the family," Cruz opens the video. Raw bacon and aluminum foil are then wrapped around the barrel of a machine gun at a firing range.

"Of course in Texas, we cook bacon a little differently than most folks," Cruz says.

He fires a number of shots at a target, noting grease dripping on the ground, followed by the big reveal: Cruz unwraps the foil and eats a forkful of bacon, laughing "Mmm, machine-gun bacon."

Last month, Cruz did a parody "audition" video for the Simpsons on Buzzfeed, voicing characters on the popular show. This latest video was posted by the same conservative website, IJReview, that brought us Lindsey Graham destroying his cell phone and Dr. Ben Carson teaching viewers how to beat the kids' game "Operation." Graham was shown taking a meat cleaver to his phone, dropping it in a blender and putting it in a toaster oven — it now has more than 2 million hits on YouTube.

The GOP candidates are clamoring to stand out in a crowded field, especially this week ahead of Thursday's first debate. The debate will only include the top 10 candidates, according to an average of recent polls.

Jeb Bush's video team has taken a more understated approach, posting a series of #JebNoFilter videos on his YouTube channel. In those videos, Bush weighs in on Sharknado 3, wrestles with putting on a hoodie on a hot day ("Eat your heart out, Zuckerburg"), and reveals the worst Father's Day present his sons ever gave him (a book about weight loss).

Meanwhile, Democratic candidate Hillary Clinton just launched a $1 million ad buy in Iowa and New Hampshire aimed at making sure, according to the campaign, "everyone knows who Hillary Clinton really is."