Accessibility links
Who's In, Who's Out: Selection Day For The GOP Presidential Debate : It's All Politics Donald Trump is on top, followed by Jeb Bush and Scott Walker. Chris Christie and John Kasich barely make it in, while Rick Perry misses the cutoff for the main debate stage.

Who's In, Who's Out: Selection Day For The GOP Presidential Debate

Who's In, Who's Out: Selection Day For The GOP Presidential Debate 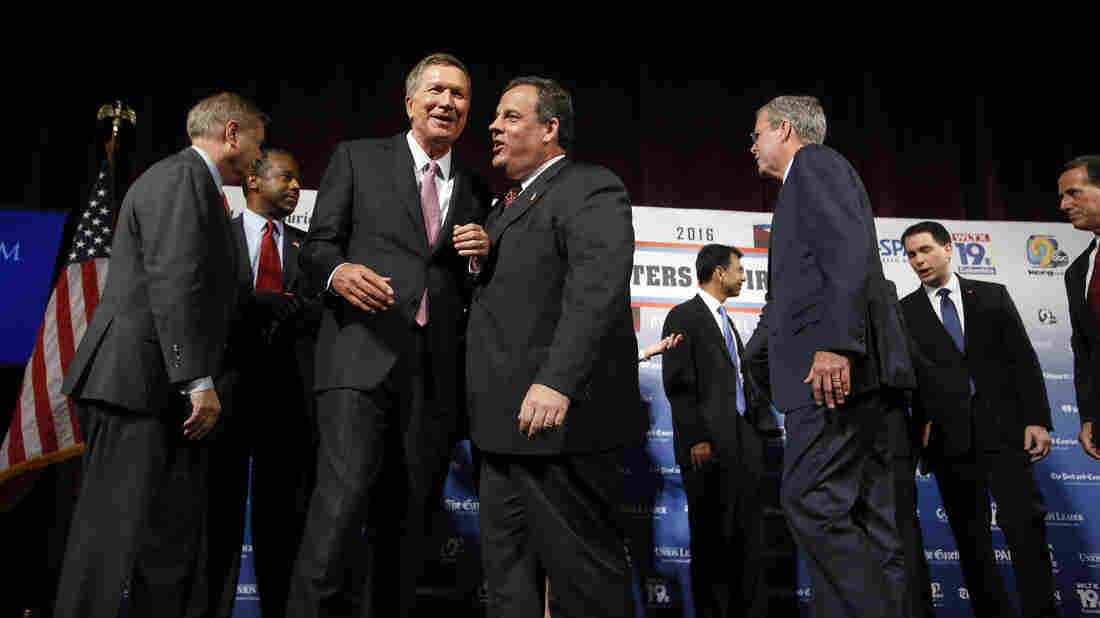 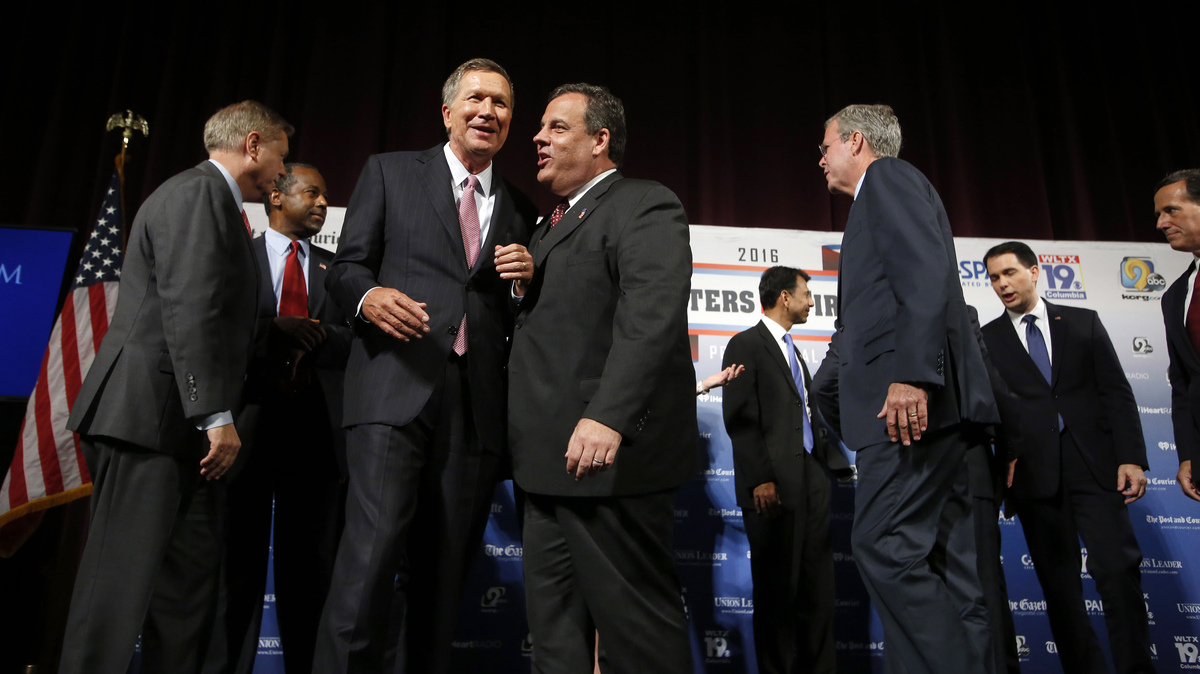 The final polls are in and the stage is set for Thursday night's first Republican presidential debate.

The choice on who to include was a tough one for Fox, which had to decide exactly how to fit so many candidates on stage amid a ballooning field.

Fox's ultimate decision was to base who made the main debate stage in Cleveland on Thursday night at 9 p.m. ET on five of the most recent national polls that met their standards. Surveys from Bloomberg, CBS News, Fox News, Quinnipiac University and Monmouth University were averaged.

"If you had all 17 on stage, it's not fair to the voters who are looking for more than to just 'speed date,'" said national GOP strategist Ron Bonjean. "Fox News had to go on some type of criteria, even if you're talking margin of error, which is unfortunate. But how else are you going to be able to create a situation that is viewing material?"

The top debate does have plenty to look forward to, mainly because of Trump's presence.

Both O'Connell and Bonjean said the other top candidates, like Bush and Walker, would be wise to avoid taking on Trump directly, since they have nothing to gain and more to lose by doing so. But other candidates who need a surge of momentum might benefit from some direct attacks.

"Ben Carson, Mike Huckabee, and even John Kasich need to rise in the polls, and by taking on Donald Trump, that could really help shine a positive light on them," Bonjean said. "Trying to get Trump into a verbal wrestling match could be extremely helpful to their candidacy."

Kasich nabbed the last spot on stage, capping off an impressive rise after announcing his candidacy relatively late, just a few weeks ago. It would have been an embarrassment for the Ohio governor had he been left off the stage in his home state.

But Kasich's surge seemed to come at the expense of Perry. Perry has tried to shed the bumbling image of his failed 2012 campaign — personified by his infamous "oops" moment in a 2011 debate — and he's been getting better reviews on the campaign trail this time around. But it wasn't enough for Perry.

"He's got to be just livid," O'Connell said. "It's unfortunate for Rick because this time around, it's hard to make a first impression the second time."

Perry's absence robs Republicans of one of their loudest attack dogs against Trump. The former Texas governor have exchanged barbs over immigration and the border. Perry said Trump was "unfit" to be president after he dismissed Arizona Sen. John McCain's time as a Vietnam prisoner of war.

The snub of Perry, along with Graham and Gilmore, also means there will be no military veterans on the main debate stage at a time when foreign policy has emerged as one of the top issues in the race. Graham has also been highly critical of Trump, calling him a "jackass" after his comments against McCain.

Many Republicans had also wanted Fiorina, the only woman in the field, to be on stage as well. She's emerged as one of the GOP's most effective attack dogs against Democratic frontrunner Hillary Clinton in a party in need of diversity and to close the gender gap.

But the earlier debate, airing at 5 p.m. ET on Fox News, has one big benefit, according to the GOP strategists — it won't have Donald Trump. And that means it could be more substantive and give new candidates a chance to rise ahead of the next debate.

"It's the warm up bench," Bonjean said. "It's the minor leagues. But at the same time, they get a chance to work on their presentations — and they don't have to deal with Donald Trump either."

An earlier version of this story incorrectly referred to Rick Santorum as the former governor of Pennsylvania. He served as a U.S. senator for the state.