Accessibility links
Here's What The GOP Candidates Would Ask Each Other : It's All Politics Ahead of Thursday's debates, some presidential hopefuls posted videos asking their rivals some tough — and not so tough — questions.

Here's What The GOP Candidates Would Ask Each Other

Here's What The GOP Candidates Would Ask Each Other 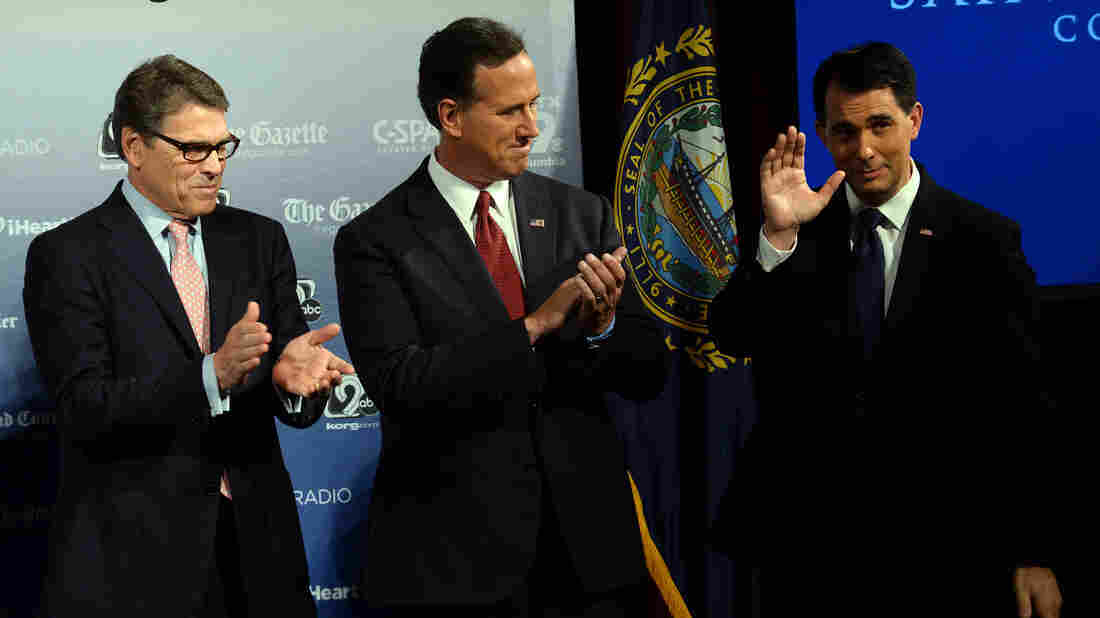 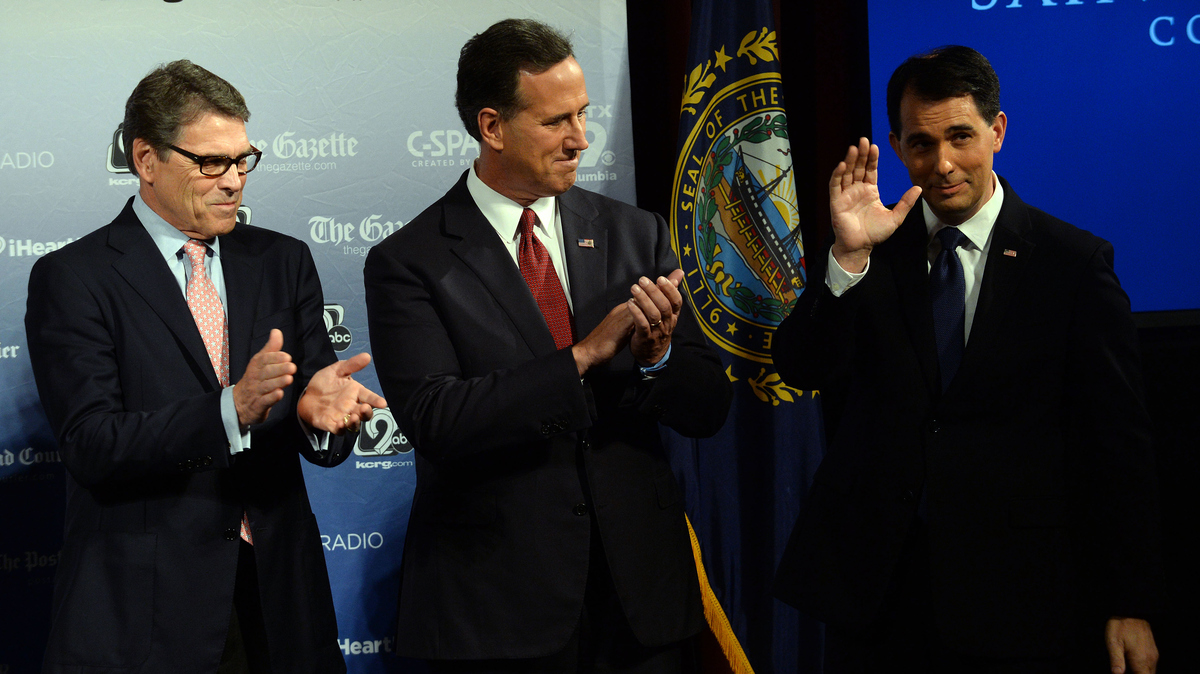 The Republican presidential candidates are getting in their last-minute prep before Thursday night's debates. They will be separated into two events — the bottom seven in polls, as determined by a Fox News analysis, will debate at 5 p.m. And the top ten will take the primetime stage at 9 p.m.

But for the first time in this campaign, we'll see all the candidates debate serious issues, likely answering questions about national security, the economy, foreign policy — even the Planned Parenthood controversy that's been in the news.

The questions will be determined by Fox News. If Americans had their choice, according to a list released by Gallup, they would want to know about the economy, confidence in Congress, race relations and immigration.

Facebook also released a list of the most talked-about political topics on its platform for the two months ahead of the debate. Those are: racial issues, Mexico, the economy, LGBT issues and immigration.

But the candidates themselves also took a stab at writing some questions for the debate. Nine candidates have posted videos on Facebook, which is partnering with Fox News on the debate, posing questions to their rivals. We don't know if these videos will actually air during the debate. (Fox News did ask regular people to submit video questions via Facebook, some of which will air.)

In any case, Mike Huckabee said he wants to ask the candidates about the Supreme Court's same-sex marriage ruling, Rick Perry asked about the economy and Donald Trump wants to know how the candidates are "going to make America great again" (his campaign slogan). Watch the questions from the candidates below:

In the car on the way to Newark Liberty International Airport for my flight to Cleveland. With this being the first 2016 presidential debate - there's one question I think every candidate should be asked. Here it is: #GOPdebate #FoxNews

Chris Christie: Please give me your specific plan to reform entitlements in our country.

Here's my #GOPDebate question for all of the other candidates.

Carly Fiorina: How would each of you challenge Mrs. Clinton?

From Portsmouth, NH...Here's what I would ask all of the candidates at Thursday's #GOPDebate #HappyHourDebate

Lindsey Graham: Tell me how you would degrade and destroy ISIL without American ground forces?

My #GOPDebate question for all of the candidates…

Mike Huckabee: Do you believe the recent ruling on same-sex-marriage is the law of the land?

If Republicans want to win back the White House, we need to win Ohio. Here's my question for the candidates at the #GOPDebate. -John

John Kasich: How are you going to talk to the people of Ohio?

Here’s my one question for all of the candidates!

The first 2016 presidential #GOPdebate is tomorrow! Here’s my one question for all of the candidates: Don't you think we'd be better off not electing another career politician?

Rand Paul: Don't you think we'd be better off not electing another career politician?

"What have you done?" - a question to my fellow #GOPDebate candidates

Rick Perry: So what have you done — or what will you do — to make America's economy that successful [as Texas]?

Donald Trump: How are you going to make America great again?

My Debate Question to GOP Candidates

The first GOP debate is tomorrow night in Cleveland, OH. I'm posing one question to all the other Republican candidates before the #GOPDebate.

Scott Walker: Which candidate do you admire the most?