Accessibility links
Obama On Iran Deal: 'Attitudes Will Change' : It's All Politics In an interview with NPR, President Obama said once people see the nuclear deal in action, they will "recognize that whatever parade of horribles was presented in opposition have not come true." 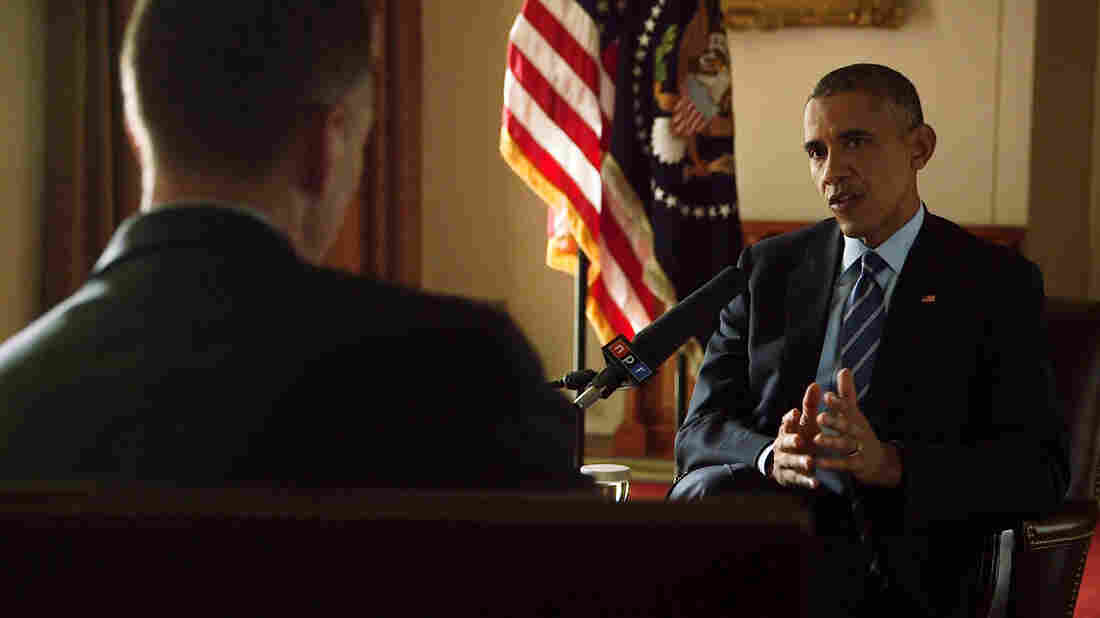 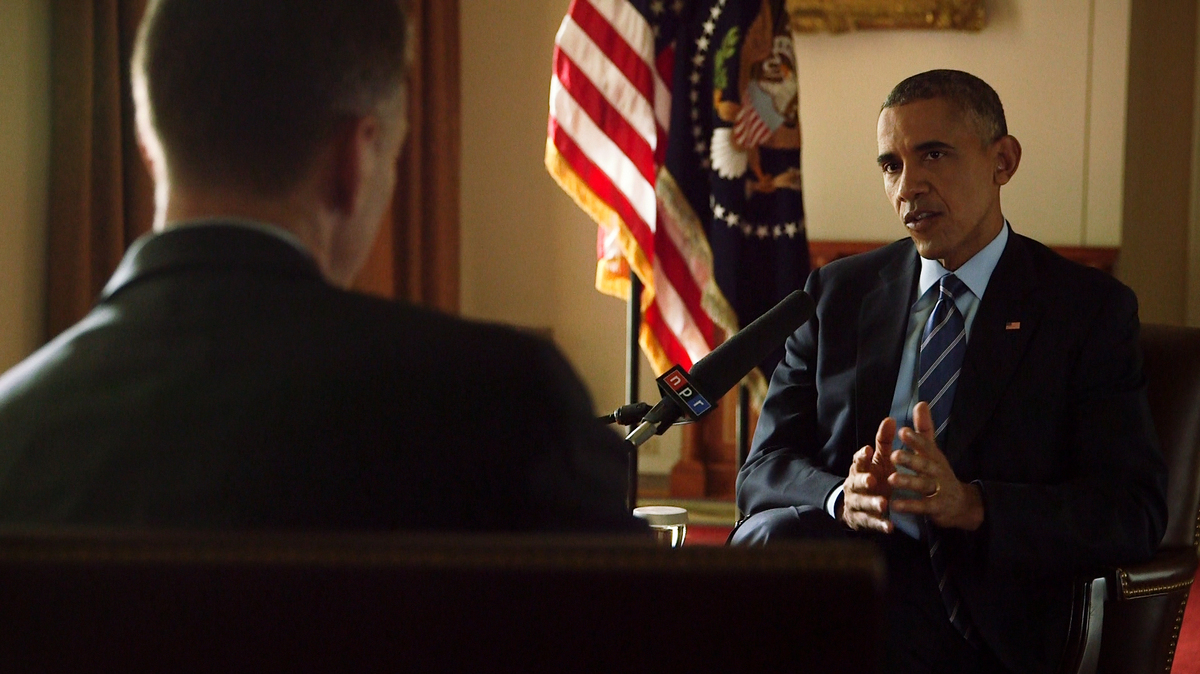 President Obama says his agreement over Iran's nuclear program — while facing fierce criticism in Congress and among the American public now — will look better in years to come.

In an interview with NPR, Obama's tone was restrained, but his words were not. He expressed no patience for opponents of the deal, saying their arguments are "illogical or based on the wrong facts, and then you ask them, 'All right, what's your alternative?' and there's a deafening silence."

The president also told Morning Edition host Steve Inskeep that his critics need to "pull out of the immediate politics" and consider "the right thing to do for the country." Republicans have led the criticism of the Iran deal, but prominent Democrats, including Sen. Chuck Schumer and Rep. Eliot Engel, have also voiced their opposition.

"When this agreement is implemented and ... we've got inspectors on the ground and it becomes clear that Iran in fact is abiding by this agreement, then attitudes will change, because people will recognize that, in fact, whatever parade of horribles was presented in opposition have not come true," Obama said. "That, instead, what we've seen is an effective way to bind Iran to a commitment not to have nuclear weapons and, in that scenario, it'll probably be forgotten that Republicans uniformly opposed it."

Obama also spoke about what he thinks the region could look like if the deal is approved.

Well, let's first focus on the fact that a central objective of not just my foreign policy but of U.S. foreign policy with Democratic or Republican administrations has been preventing Iran from getting a nuclear weapon. That would be a game-changer.

And this deal achieves that. It cuts off all the pathways for Iran getting a nuclear weapon. In exchange, Iran gets relief from the sanctions that we organized, systematically, with the international community over the last several years that's crippled their economy and forced them back to the table. ...

But here's the point I don't want to get away from, though, Steve. It's that under any scenario our problems are greatly magnified if in fact Iran also has a nuclear weapon. And, you know, this is a situation of first things first, this deal accomplishes that, and it's, as a consequence, worthy of support.

Yeah, but, but, but, but Steve, that is not accurate because the notion that somehow Iran is untethered ignores the fact that, for example, we'll still have our sanctions in place with respect to non-nuclear activities like sponsorship of terrorism or violation of human rights. There will still be U.N. prohibitions on arming groups like Hezbollah.

And so there's no evidence. There's no logic to the notion that somehow we will let up on trying to prevent activities that Iran may engage in that would be contrary to our national security interests.

On whether the deal could reshape the region or security situation

What I've said is, is that this deal does not count on our fundamental relationship with Iran changing. It's not based on trust. It's not based on a warming of relations. It's based on hard, cold logic and our ability to verify that Iran's not pursuing a nuclear weapon.

Having said that, it is possible that as a consequence of this engagement, that as a consequence of Iran being able to recognize that what's happening in Syria for example is leading to extremism that threatens their own state and not just the United States; that some convergence of interests begins to lead to conversations between, for example, Saudi Arabia and Iran; that Iran starts making different decisions that are less offensive to its neighbors; that it tones down the rhetoric in terms of its virulent opposition to Israel. And, you know, that's something that we should welcome.

Well, what I know is, is that, unfortunately, a large portion of the Republican Party, if not a near unanimous portion of Republican representatives, are going to be opposed to anything that I do, and have not oftentimes based that on a judgment on the merits, but have based that on their politics.

That's true in health care, that's true in, you know, budget negotiations. That's been true on a whole host of things.

And I don't think that's a surprise to anybody.

What I do know, though, is, is that when this agreement is implemented and we've seen centrifuges coming out of facilities like Fordow and Natanz, and we've got inspectors on the ground and it becomes clear that Iran in fact is abiding by this agreement, then attitudes will change, because people will recognize that, in fact, whatever parade of horribles was presented in opposition have not come true.

That, instead, what we've seen is an effective way to bind Iran to a commitment not to have nuclear weapons and, in that scenario, it'll probably be forgotten that Republicans uniformly opposed it.

More of NPR's interview with President Obama, including his comments on race relations, will air on All Things Considered Tuesday and Morning Edition Wednesday.