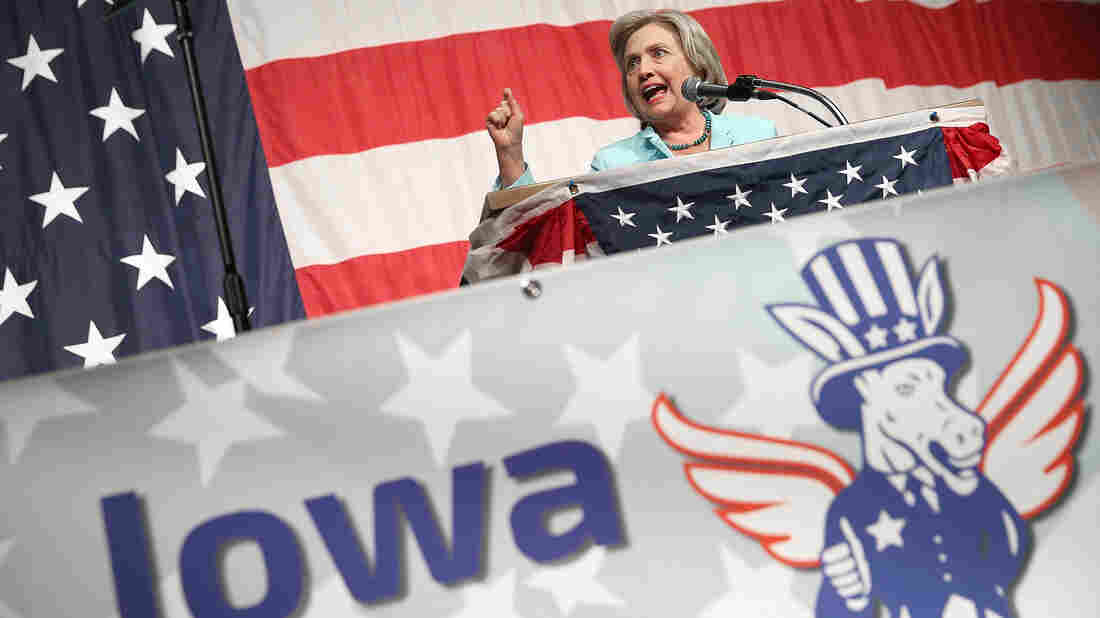 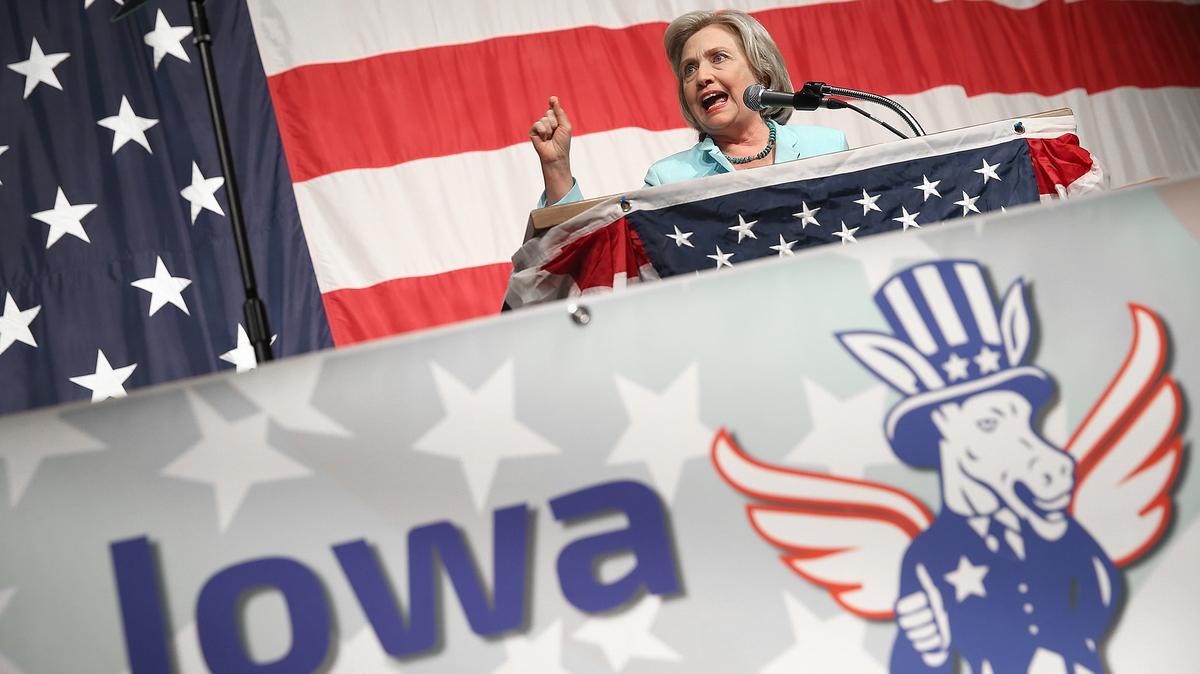 Democratic presidential candidates played to a full house in Clear Lake, Iowa, on Friday night — in the same ballroom where in 1959 Buddy Holly played his last-ever show. At the historic Surf Ballroom, with a vintage mirror ball dangling from the ceiling, candidates offered up a version of their own greatest hits.

In her speech, Hillary Clinton took a new approach, going after those who have been attacking her over her email accounts and over her actions during the 2012 terrorist attack on the U.S. consulate in Benghazi, Libya. 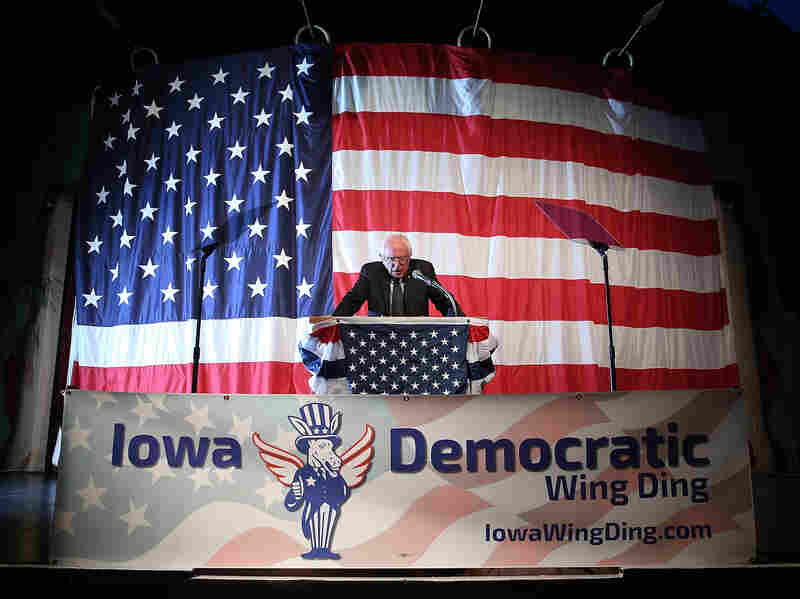 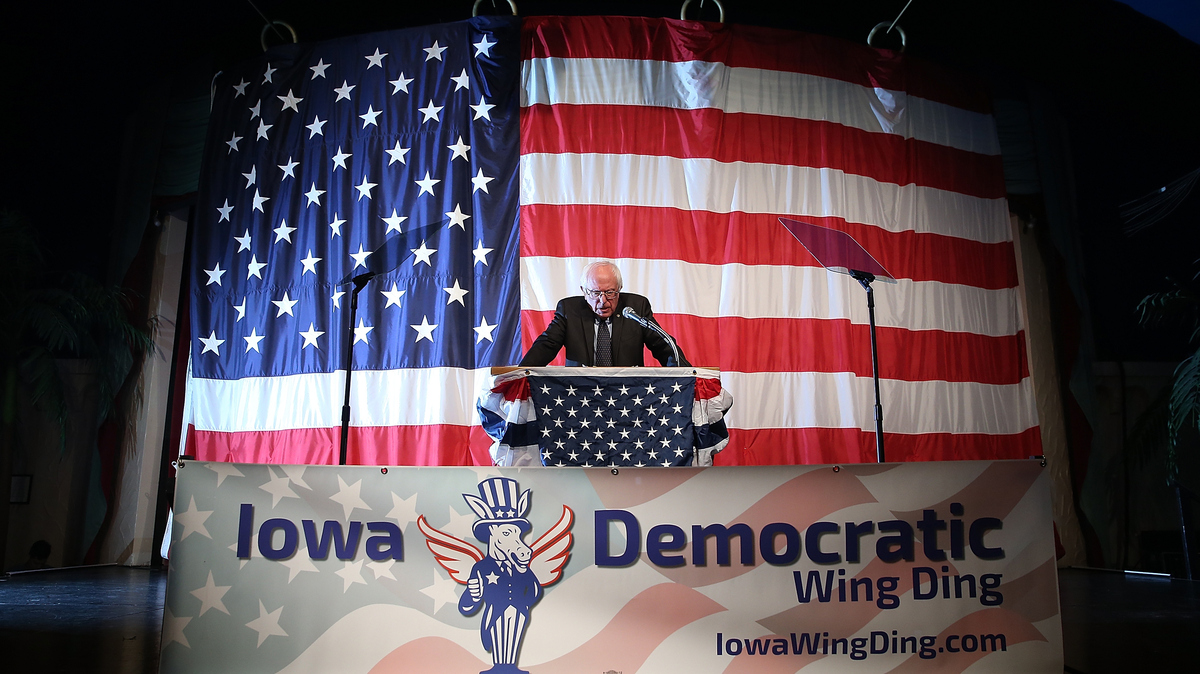 "I won't pretend that this is anything other than what it is — the same old partisan games we've seen so many times before," Clinton said. "So I don't care how many superPACs and Republicans pile on. I've been fighting for families and underdogs my entire life, and I'm not going to stop now."

The event was the annual Iowa Democratic Wing Ding, a fundraiser sponsored by a group of county organizations in northern Iowa.

Vermont Sen. Bernie Sanders, who has been drawing huge crowds around the country, said that who has been showing up at his rallies is just as important as how many.

"Working people, young people, people of color, who are saying loudly and clearly, 'Enough is enough,' " he said. "This country belongs to all of us, not just a handful of billionaires."

Former Maryland Gov. Martin O'Malley told the audience that he's the only progressive candidate who has a long track record of executive experience.

"Tell me what we've come to as a country, that you can get pulled over for a broken taillight, but if you wreck the nation's economy you're totally untouchable," O'Malley said. "That is not the American dream. That is not how our economy is supposed to work."

Hillary Clinton's front-runner status could be seen in the number of her supporters in the ballroom. Seated in a booth near the back were Chuck and Nancy Sweetman of nearby Mason City, both retired.

"I'm a Hillary supporter," Chuck Sweetman said. "I think it's time we had a woman president."

Are There Kernels Of Truth In Latest Iowa Poll? Maybe Not

Nancy Sweetman agrees, but stresses Clinton is right on the issues.

"Early childhood and the environment and international affairs," she said. "And she is also electable."

Chuck Sweetman said he's happy with the competition Clinton is suddenly getting from Sanders.

"Well, I think it'll make her a stronger candidate, because of the competition," he said. "My only hope is that the Democrats don't self-destruct and shoot themselves in the proverbial foot."

Another husband-and-wife team, Carolyn and John Klaus of Ames, were not in such perfect accord. She was wearing an O'Malley sticker, though she said she's still making up her mind.

John Klaus was of two minds.

Klaus said Clinton is in the back of his mind, and acknowledged that there's a good chance he'll be knocking on doors for her during the general election campaign. He said he's okay with that.

Clinton, he said, is too distant, not genuine enough. He was not ready to call her inevitable. And Klaus says he's happy the Democratic contest is becoming interesting.