Accessibility links
Fact Check: Is It Obama's Fault That Poverty Has Grown? : It's All Politics Jeb Bush is (mostly) right when he says the number of people in poverty increased by 6 million under Obama. But that statistic is more complicated than you might think.

Fact Check: Is It Obama's Fault That Poverty Has Grown?

Fact Check: Is It Obama's Fault That Poverty Has Grown? 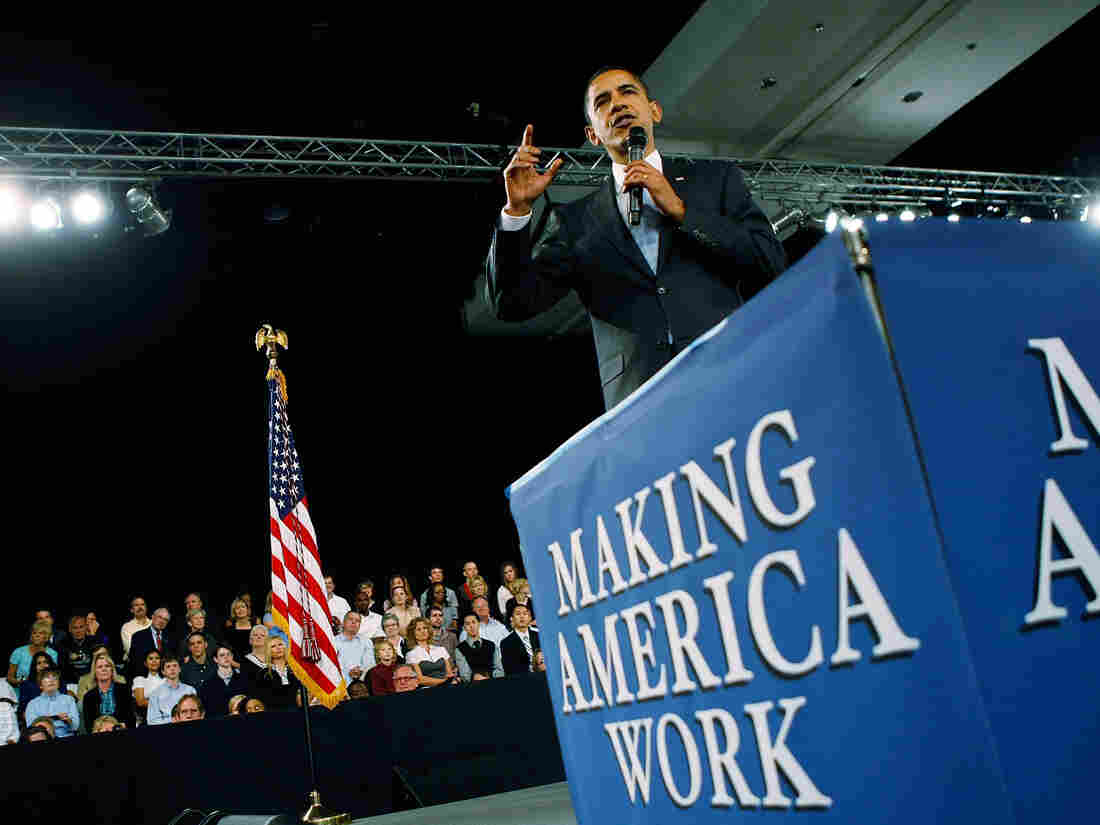 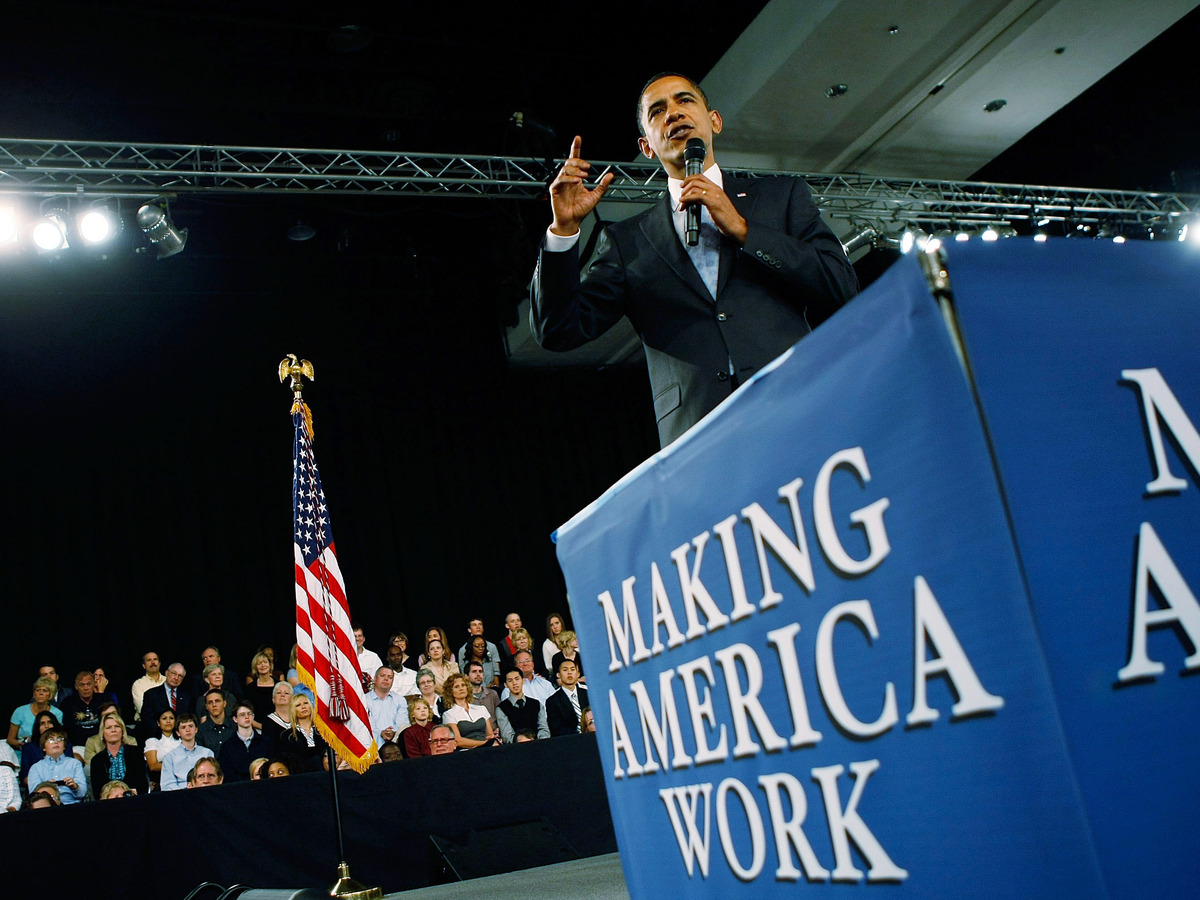 Jeb Bush is fond of pointing out that the number of people in poverty has gone up by 6 million since President Obama took office. He brought up the figure in the GOP debate, and he repeats it often on the campaign trail. It's not a new criticism — Mitt Romney hurled similar criticisms at Obama in the 2012 campaign.

By their very nature, talking points get repeated over and over in campaigns, so get ready to hear this one a lot in the run-up to the 2016 primaries. But meantime, here's a look at what Bush is saying: Is it true? And if so, does it mean Obama has failed America's poor?

Bush is right, if you allow him a little bit of creative rounding. The most recent official count from the Census Bureau put the number of Americans in poverty at 45.3 million as of 2013 (the most recent year for which the census has measured poverty). That's not quite 5.5 million more people in poverty than there were in 2008, just before Obama took office. So there are somewhere in the neighborhood of 6 million more people in poverty now than there were before Obama took office.

Still, it's worth pointing out that the number of Americans in poverty fell substantially between 2012 and 2013 — by nearly 1.2 million. The poverty rate is also falling. The latest figure — 14.5 percent in 2013 — was down from 15.1 percent in 2010. The next poverty estimates from the Census Bureau will be out in September. If poverty continued its decline last year, Bush will have to change his numbers.

Was it Obama's fault?

Bush is mostly right on the numbers, but he's also clearly implying that President Obama is responsible for the increased number of Americans in poverty.

That's a tough case to make. Poverty was already on the upswing when Obama took office as the economy hurtled toward recession. Before George W. Bush took office, the poverty rate was 11.3 percent. When he left, it was 14.3 percent. So it's not as if Obama interrupted a rapidly improving poverty rate. In fact, as stated above, the trajectory of poverty has turned around under Obama, and it now appears to be falling.

But still. Poverty did grow under Obama. So what did he do about it? He expanded a lot of programs that most directly affect the poorest Americans' lives, and, according to one expert, he did an admirable job.

"Obama did a good job in a really tough situation. Poverty would have increased a lot more without what he did," says Timothy Smeeding, professor of public affairs at the University of Wisconsin, Madison and former director of that school's Institute for Research on Poverty. "The American Recovery and Relief Act [more commonly known as the 2009 stimulus] did a great job helping our bottom end [of earners]."

The recession caused the big upswing in poverty under Obama, and the $830 billion stimulus package was his biggest effort to stop the economy's freefall. That's maybe the best place to examine his anti-poverty efforts.

For one thing, the stimulus package created millions of jobs. The nonpartisan Congressional Budget Office has repeatedly found that the package created millions of jobs, saving people from unemployment — even today, there's still a small boost from the 2009 stimulus package. Not only that, but top economists agreed in a 2014 survey that the benefits of the stimulus outweighed the costs.

That law didn't make up for all of the jobs lost in the recession, but it did soften the blow and keep people from going without work ... which would have easily put them into poverty.

Digression: Our definition of "poverty" is pretty awful

Several social safety net programs paid out more benefits as a result of the stimulus, but they didn't all help improve the poverty rate. That's because the formula that determines who is in poverty only takes certain programs into account.

Income from unemployment and Social Security, for example, counts toward bringing a person over the poverty line. SNAP and EITC, however — despite giving people tax breaks and money for food — have no effect on the poverty rate. So even if Obama and Congress decided in the stimulus package to give all low-income Americans $200 extra per month for groceries, those people would still be in poverty. But if that same money went to, say, unemployed people, some of those people would be lifted out of poverty.

This is just one way that the poverty rate is a truly terrible indicator, with a formula that today looks pretty arbitrary, as it's based on the cost of food in 1963. For your throwback early-00s thrill of the day, here's a banter-riffic West Wing explanation:

From The West Wing, Season 3, Episode 7 - "The Indians In The Lobby"

So even though lots of Obama's policies may have been aimed at the poor, they didn't improve the poverty rate itself.

But seriously, how did Obama's policies affect poverty?

Clearly, many of his policies targeted the lowest-income Americans, and there's evidence that he succeeded in helping a lot of people. As the liberal Center on Budget and Policy Priorities found in a 2009 analysis, the stimulus at the time was responsible for keeping 6 million people out of poverty and improved the fortunes of 33 million more.

But then, poverty is still high — 14.5 percent — compared to its recent low of 11.3 percent in 2000. Not only that, but even if you use the supplemental poverty measure — an alternative (read: more logical) poverty metric that takes programs like SNAP and EITC into account — the poverty rate is still up over the Obama presidency.

So Obama's recession-era policies made life better for America's poor and prevented poverty from growing even more than it did, but poverty still is a big problem in America.

So could he have done more?

Lots of people argue that he could have done more, but arguably, there wasn't the political will — from the White House or from Congress — to actually pass those policies.

On the one hand, there's the argument that he could have amped up his policies to alleviate poverty even more. Many have argued (including Nobel winner Paul Krugman and former President Bill Clinton, for example) that the stimulus wasn't big enough — Obama adviser Christina Romer in fact initially estimated the bill should be worth $1.2 trillion. But of course, getting even $800 billion in stimulus funds through Congress was hard enough.

Beyond that, Obama's record is mixed. For example, early in 2014, he signed nearly $9 billion in cuts to the SNAP program into law, a move that angered some congressional Democrats.

But then, he has called for universal pre-K education — a program that wouldn't immediately reduce poverty but could set poor kids up to keep pace with their richer peers in the future. However, that proposal has gone nowhere in the years since he introduced it.

A higher minimum wage could likewise boost some people out of poverty, but many in Congress oppose raising the wage floor out of concern it will cost jobs.

"I would say it's accurate that not much has been done under Obama to reduce poverty except during the recession, but he tried some things that did not pass," says Ron Haskins, senior fellow at the left-leaning Brookings Institution. (Haskins adds, however, that Obama "did a tremendous amount during the recession, and it was effective.")

Republicans, meanwhile, have had their own ideas about how to fight poverty. Most notably, Rep. Paul Ryan released a poverty-fighting plan in 2014, but it relied on ideas that tend to be nonstarters among Democrats, like block granting food stamps and welfare.

Part of the problem is that reasonable people can (and do) disagree about the best way to bring poverty down. You could alter existing anti-poverty programs to incentivize work, for example. Or you could make those programs more generous. (Or both.)

There are a few policies that have at least some small hope of passing — expanding the EITC for childless workers is one proposal with some bipartisan support. Though it wouldn't directly bring the poverty rate down, the EITC could incentivize work, which could help shrink poverty.

Likewise, there was some bipartisan support for a bill to encourage employers to hire the long-term unemployed, which could have also helped low-income Americans. But that bill, like many others in the past few sessions of congress, never made it far.

The point is that plenty more could have been done to help low-income Americans during the Obama presidency. But that would require Obama and Congress agreeing on policy. That kind of agreement rarely happens these days.