Accessibility links
What's In Donald Trump's Immigration Plan And How It Could Affect The GOP : It's All Politics Donald Trump made headlines with his comments deriding some Mexican immigrants as "rapists." His first detailed policy proposal (on immigration) would build a wall and end birthright citizenship. 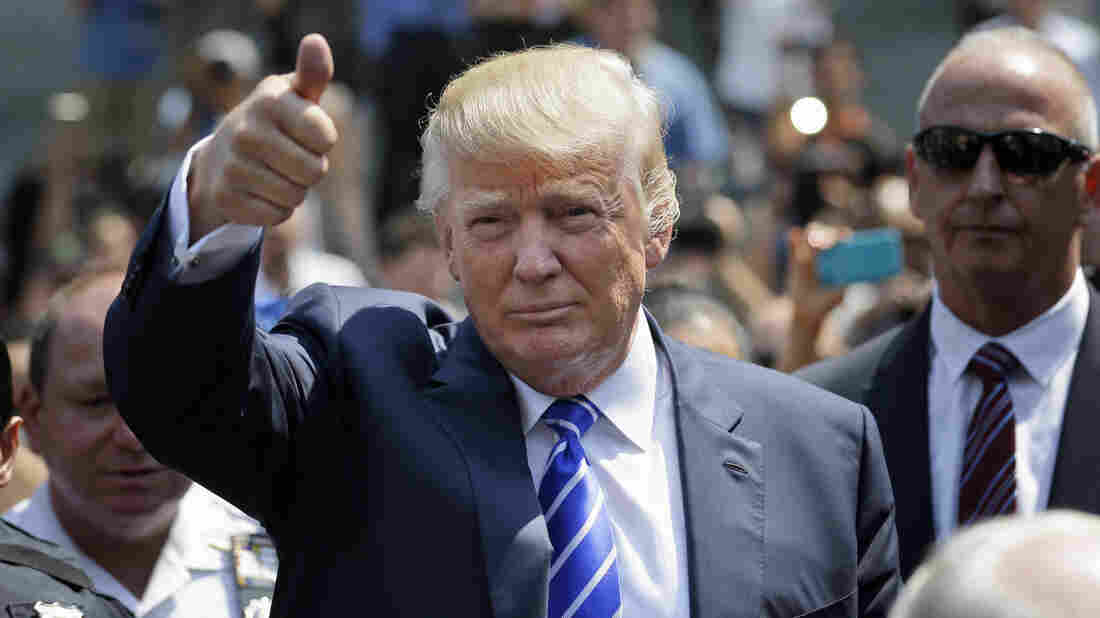 Donald Trump continues to lead in the polls and on Sunday released his first policy position — a conservative proposal on immigration. Seth Wenig/AP hide caption 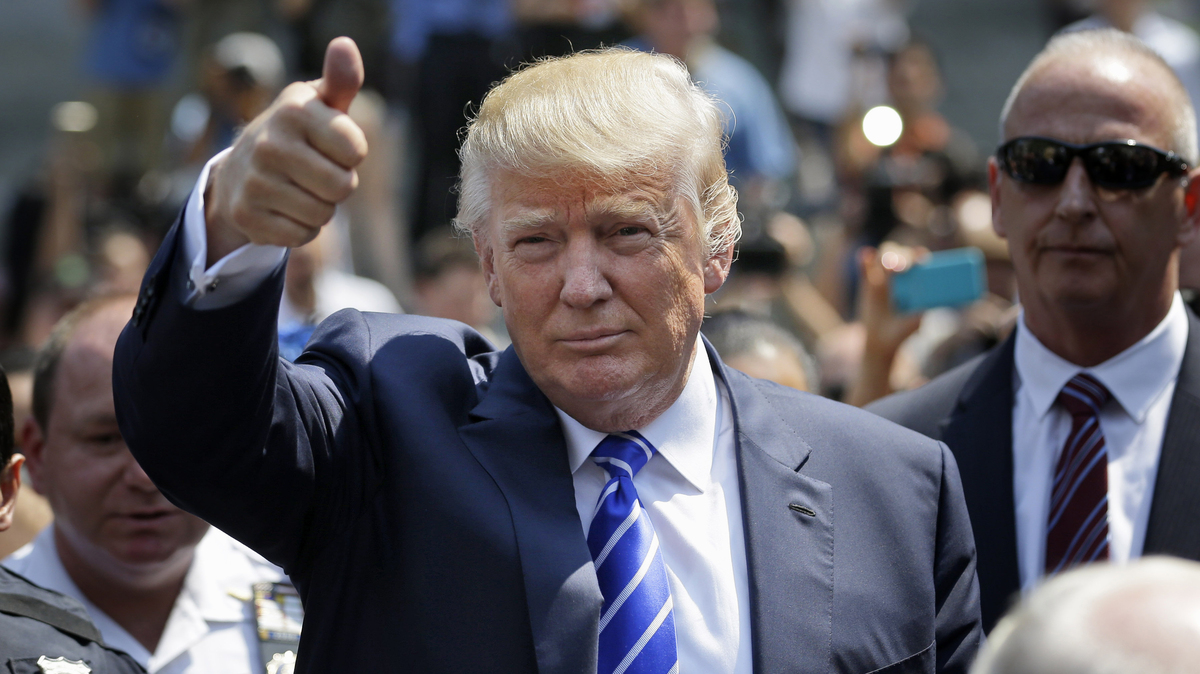 Donald Trump continues to lead in the polls and on Sunday released his first policy position — a conservative proposal on immigration.

Donald Trump began his bid for president saying Mexican immigrants were "rapists," bringing drugs, and "some, I assume, are good people."

And, Sunday he made headlines again talking about immigrants. He rolled out his first detailed policy position, and it was on immigration reform.

His central premise is that immigrants are bad for the U.S. economy, and he ticked off a series of ways to fix both legal and illegal immigration.

The full plan is outlined on his website, but here are the key nuggets:

In an interview on NBC's Meet the Press Sunday, Trump went further, suggesting he would rescind President Obama's executive order and deport all illegal immigrants from the country. Here's an excerpt of the conversation with Meet the Press moderator Chuck Todd:

TODD: But, you're going to keep them together out --

TODD: What if if they have no place to go?

Trump's hard-line immigration policy could prove risky for a Republican Party desperately trying to court — or at least not offend — Latino voters.

The GOP's own autopsy in the wake of the 2012 election said:

"... We must embrace and champion comprehensive immigration reform. If we do not, our Party's appeal will continue to shrink to its core constituencies only."

A Gallup Poll released in July found that 65 percent of Americans favor some sort of path to citizenship compared to 19 percent who prefer deportation.

Both Ohio Gov. John Kasich and former Florida Gov. Jeb Bush have previously suggested they could support some type of legalization for immigrants who entered the country illegally but are now working as law-abiding members of society.

And, Sen. Marco Rubio, R-Fla., was part of the Senate's "Gang of Eight," the bipartisan group of senators that led the effort on immigration reform in 2013, but he's been noticeably quiet on immigration since announcing a bid for president.

As for Trump, he leads most polls, and that popularity suggests some GOP candidates are hesitant to criticize him. Earlier this morning, Wisconsin Gov. Scott Walker told Fox News that although he hasn't yet dug into all the details of Trump's plan, he believes it's "similar" to his own:

"Earlier in the year, I was on Fox News Sunday and laid out what I thought we should do, which is to secure the border, which means build the wall, have the technology, have the personnel to make sure it's safe and secure, enforce the law ... and I said no amnesty, I don't believe in amnesty."

The question now is how the Trump factor forces the rest of the GOP field to respond.