Accessibility links
Sen. Menendez Bribery Case Heats Up With New Justice Filing : It's All Politics Defense teams had accused the government of such "outrageous misconduct" that they said all charges should be dismissed. Now the government is hitting back. 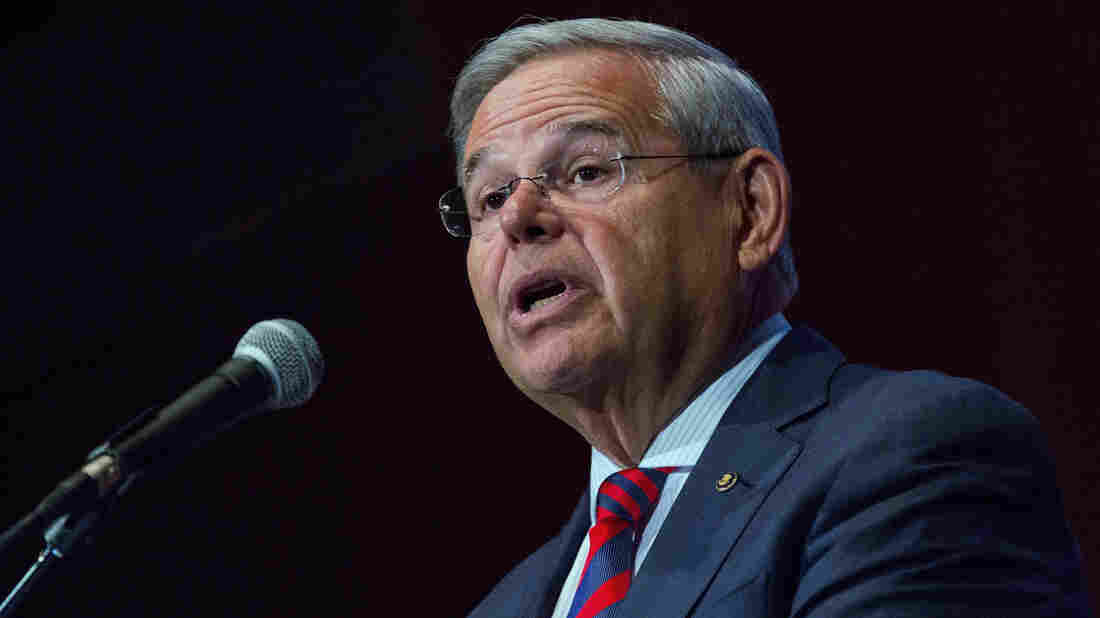 The Justice Department indicted Sen. Robert Menedez on bribery and conspiracy charges earlier this year, and the lawyers in the case have been getting under each other's skin. Andrew Burton/Getty Images hide caption 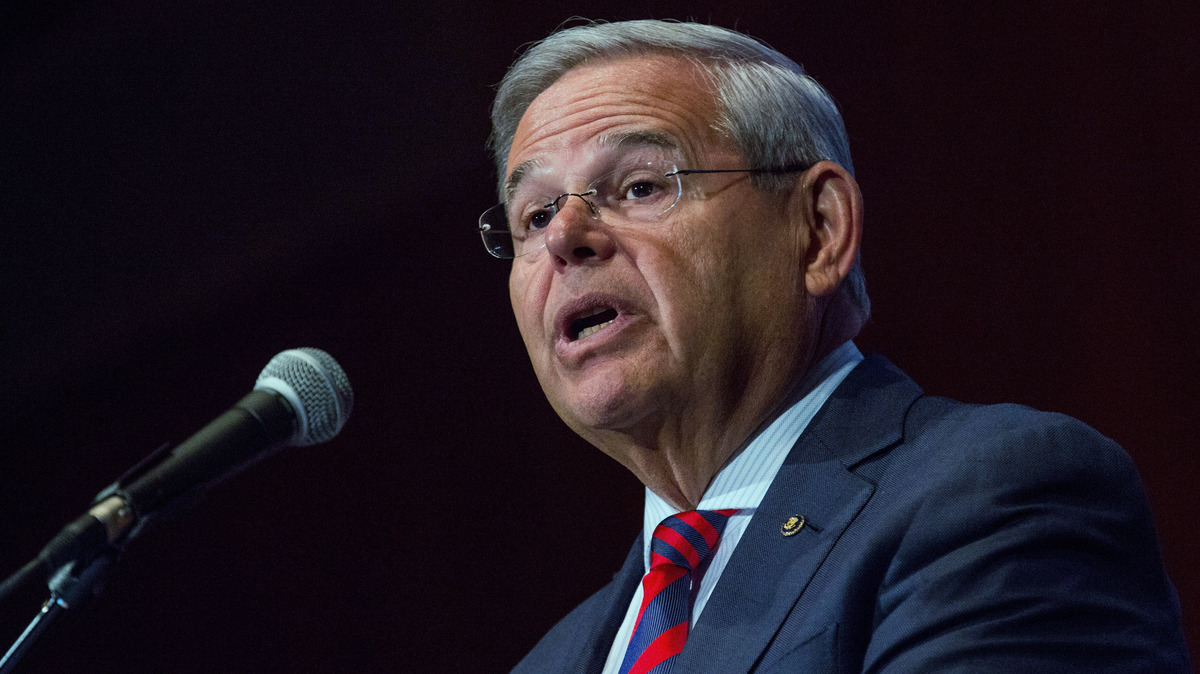 The Justice Department indicted Sen. Robert Menedez on bribery and conspiracy charges earlier this year, and the lawyers in the case have been getting under each other's skin.

The Justice Department forcefully defended its prosecutors Monday against allegations of misconduct and perjury lodged by lawyers for Sen. Robert Menendez, D-N.J., and an eye doctor who served as one of his longtime donors.

Prosecutors said their "exhaustive, focused and disciplined investigation" ferreted out "a stream of bribes" the senator solicited and accepted from Salomon Melgen, including lavish trips to Paris and the Dominican Republic. In return, the government said, Menendez exerted his influence to advance the interests of his longtime donor in meetings with officials at the Department of Health and Human Services and elsewhere.

"No ordinary constituent from New Jersey received the same treatment and the quid pro quo outlined in the indictment is clear and unmistakable," the new Justice Department filing said. Prosecutors also accused the defendants and their legal teams of substituting "vituperation for substance," misusing ellipses to leave a misleading impression and deploying "false factual premises and specious legal reasoning."

The remarks represent the latest in a series of incendiary legal filings in the high-profile case. Just last month, defense attorneys alleged that prosecutors and FBI agents had misled the grand jury to secure an indictment in New Jersey. The defense teams accused the government of such "outrageous misconduct" that they said all charges should be dismissed.

And they cited an embarrassing precedent — an earlier case against former Sen. Ted Stevens, R-Alaska — which the Justice Department ultimately abandoned over lapses in sharing evidence with the defense.

Unlike in the Stevens case, however, the Justice Department's public integrity unit is giving little ground. Instead, it is fighting back, arguing that "what the defendants characterize as perjury is merely evidence that conflicts with their public protestations of innocence."

And unlike in many federal public corruption cases, this prosecution revolves, in part, around testimony by ex-girlfriends of Menendez and his donor, the eye doctor Melgen. The Justice Department says at least six of those girlfriends are "direct witnesses to the corrupt relationship between the defendants." Prosecutors added that they didn't call all of the men's former paramours, only those who benefited from the alleged corruption.

Lawyers for the senator and the doctor say FBI agents and prosecutors are wrongly focused on salacious allegations and attempts to dig up "dirt."

Prosecutors also offered new details about one of the most contested pieces of evidence: a black-bound notebook seized from Melgen's office that the FBI had described as a prostitution ledger.

"There is not a single shred of evidence to support any allegation that the senator was involved with prostitutes – of any age – and the government knows it," Tricia Enright, a spokeswoman for Sen. Menendez, told NPR. "They also know that none of it is related to the case."

Lawyers for Melgen are trying to get that evidence thrown out as an illegal seizure, because it runs far afield of the doctor's health-care billings and relationship with Menendez.

But the Justice Department contends the notebook is in bounds. And prosecutors alleged in their court filing that they and the FBI found "substantial evidence" to establish probable cause that the doctor was "involved in prostitution." The government also said Menendez took trips to the Dominican Republic "during time frames in which one unidentified alleged minor victim specifically claimed to have had sex with him."

One key factual dispute between the government and the defense revolves around how former HHS Secretary Kathleen Sebelius and other top officials described a 2012 meeting they had with the lawmaker. The Justice Department and the FBI said that session was designed to benefit Melgen, while defense lawyers argued the purpose was far less clear.

Kirk Ogrosky, a lawyer for Melgen, and Abbe D. Lowell, a lawyer for Menendez, said they would respond to the Justice Department's arguments on Sept. 14. "We stand behind the motions and remain confident that both defendants will be vindicated," they said in a joint statement.

Menendez and Melgen had been friends for years before the indictment on bribery, conspiracy and other charges — and they say what DOJ describes as corrupt favors are actually a natural exchange of hospitality.