Accessibility links
Indicted Congressman Challenges Limits On Contact With Colleagues : It's All Politics Rep. Chaka Fattah was indicted on on conspiracy, bribery, and fraud counts, and now says restrictions on his ability to meet with his colleagues is an "undue and unnecessary burden." 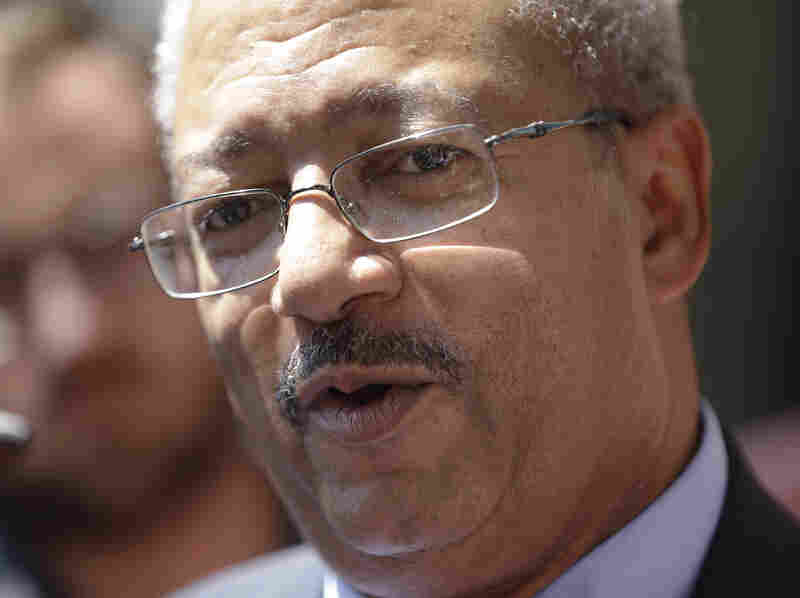 Rep. Chaka Fattah, D-Pa., arrives at the federal courthouse in Philadelphia earlier this month. Fattah has been indicted on charges he misappropriated hundreds of thousands of dollars of federal, charitable and campaign funds. Matt Rourke/AP hide caption 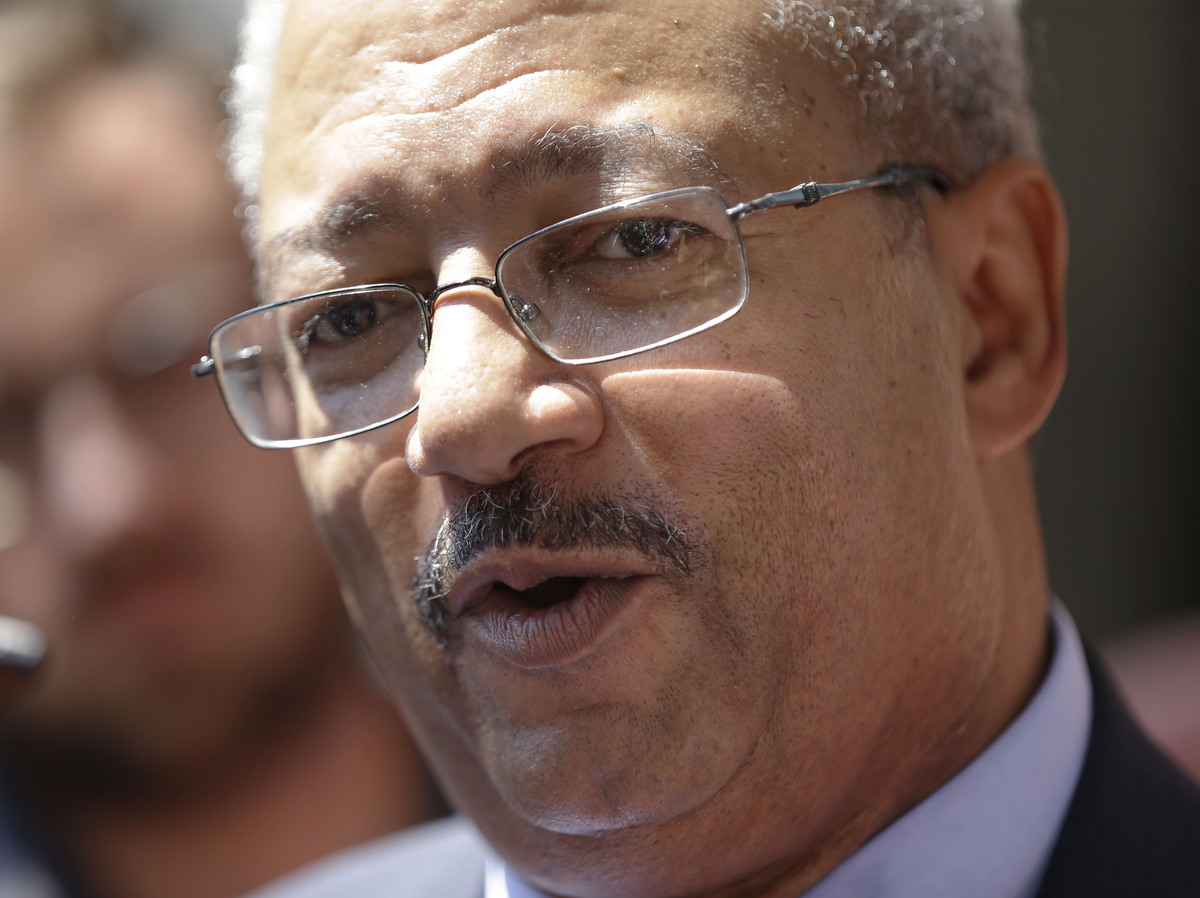 Rep. Chaka Fattah, D-Pa., arrives at the federal courthouse in Philadelphia earlier this month. Fattah has been indicted on charges he misappropriated hundreds of thousands of dollars of federal, charitable and campaign funds.

A 20-year member of Congress indicted on racketeering charges is challenging restrictions on his ability to meet with colleagues as "an undue and unnecessary burden...that is effectively impairing his ability" to do his job.

Fattah has pleaded not guilty and he remains free pending trial. He's indicated a desire to run again, though after the charges became public he stepped aside from a leadership post on a panel that oversees the Justice Department and FBI budgets.

Prosecutors in Philadelphia and Washington convinced a judge to limit Fattah's contacts with 122 people who could be called as witnesses in the case. Among them: Sen. Robert Casey, D-Penn., Rep. Ted Deutch, D-Fla. and former Pennsylvania Gov. Ed Rendell.

Lawyers for Fattah have asked the judge to relax those conditions, which they said require the lawmaker to have an attorney on the phone to supervise communications "including those that deal solely with legislative matters."

"Mr. Fattah does not pose any sort of danger to the community and the court has imposed sufficient other conditions that will ensure his appearance at trial," wrote his defense attorney Kevin V. Mincey. "Presumably, the concern is that Mr. Fattah and others will be able to improperly coordinate their stories. However, given that all of the defendants and potential witnesses have known about the investigation for several years, this risk is overstated and moot at this point."

Mincey added that the restrictions carry a substantial price-tag in attorney fees and also tie him up from preparing a defense in the case.

For their part, prosecutors point out that the restrictions on contacting possible witnesses do not apply to members of Fattah's family or his current congressional staff. They are opposing the lawmaker's request, arguing that he doesn't explain why he needs to speak with 21 people on the "stay away" list.

The prosecutors added that Fattah "seems to be interested" in getting around ethics rules that prevent his lawyer from contacting many of the possible witnesses, including former aides, public officials and personal friends of Fattah, who are represented by their own lawyers.

"The government is not aware of any reason why Fattah needs to contact these individuals or any other individual on the government's witness list, in order to carry out his 'representative duties,'" wrote prosecutors Paul Gray and Eric Gibson. "The current order requires Fattah to have no contact with the individuals ... whether a lawyer is present for the conversation or not."