Accessibility links
Obama Plays Defense On Climate Change Ahead Of Alaska Trip : It's All Politics President Obama pushed back against what some see as the irony of him expanding oil exploration while talking up climate change.

Alaska is on the "bucket lists" for a lot of people, but for President Obama it's on his famous list of things that rhyme with bucket.

Obama will become the first U.S. president to head to the Arctic Circle Monday as part of a multi-day trip intended to draw attention to the issue of climate change. He will hike a shrinking glacier, but even before he steps foot on it, he is pushing back against criticism — and irony — that his administration approved a lease for Shell to drill off the coast of Alaska. 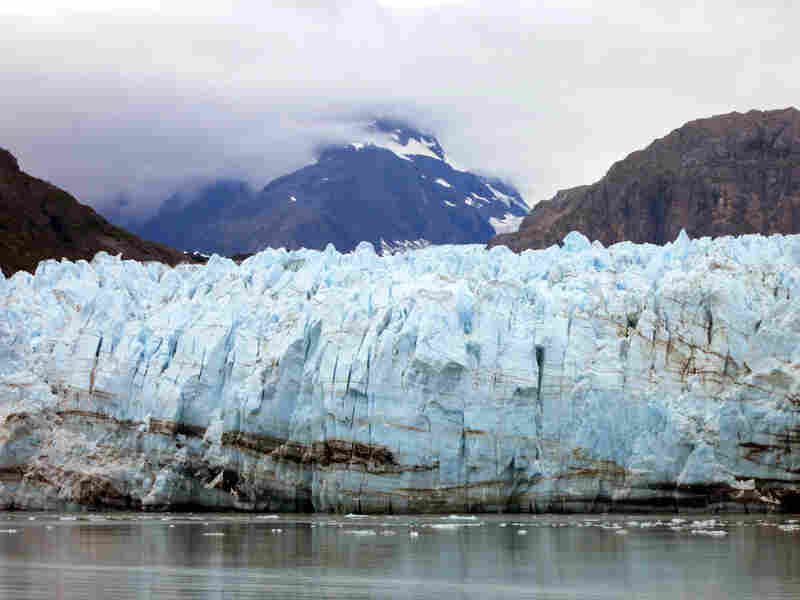 The Margerie Glacier, one of many glaciers that make up Alaska's Glacier Bay National Park. President Obama will visit Alaska Monday to highlight the affects of climate change. Kathy Matheson/AP hide caption 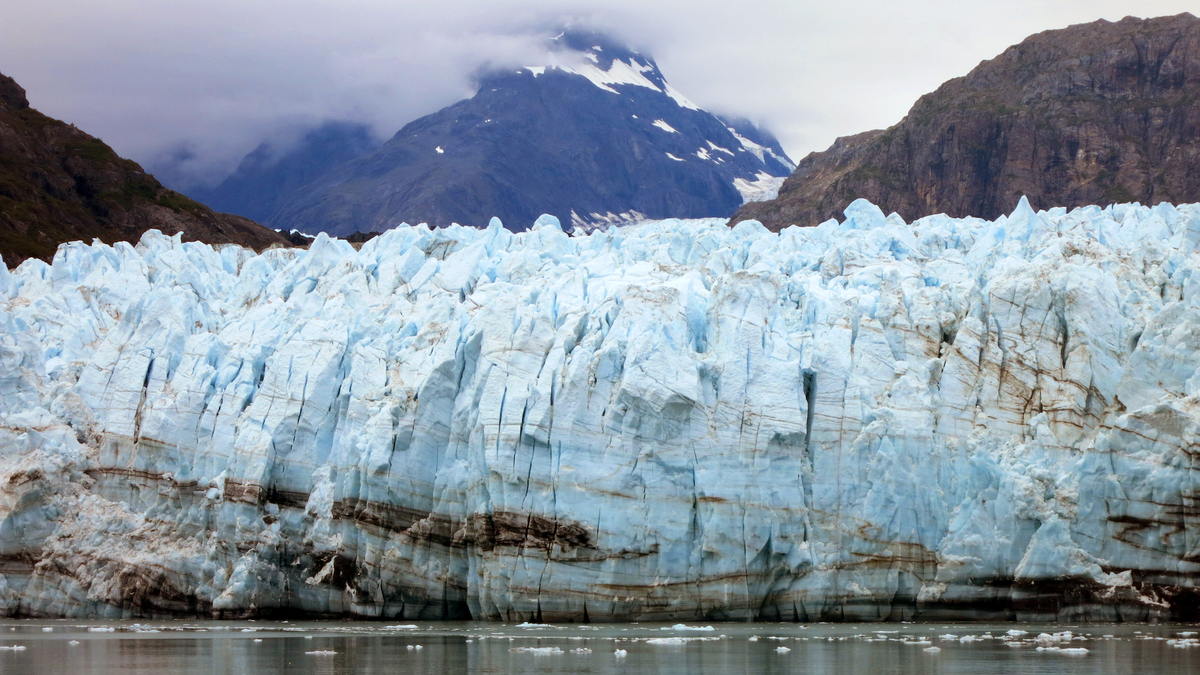 The Margerie Glacier, one of many glaciers that make up Alaska's Glacier Bay National Park. President Obama will visit Alaska Monday to highlight the affects of climate change.

"I know that there are Americans who are concerned about oil companies drilling in environmentally sensitive waters," Obama said in his weekly address. "Some are also concerned about my administration's decision to approve Shell's application to drill off the Alaskan coast using leases they purchased before I took office."

He added, "I share people's concerns about off-shore drilling."

But, Obama pointed out, he is trying to balance domestic economic concerns as he tries to push the world to wean itself off oil.

"Our economy still has to rely on oil and gas," Obama said. "And, as long as that's the case, I believe we should rely more on domestic production than on foreign imports."

Make no mistake: This is all about the president's legacy. He's been ticking through that bucket list — with a host of executive actions, his Iran deal, and, now, he wants to be known as the first American president who did something meaningful on climate change.

He will have that chance at a climate change conference in Paris in December, and this trip is the first step in the P-R campaign to win a deal there.