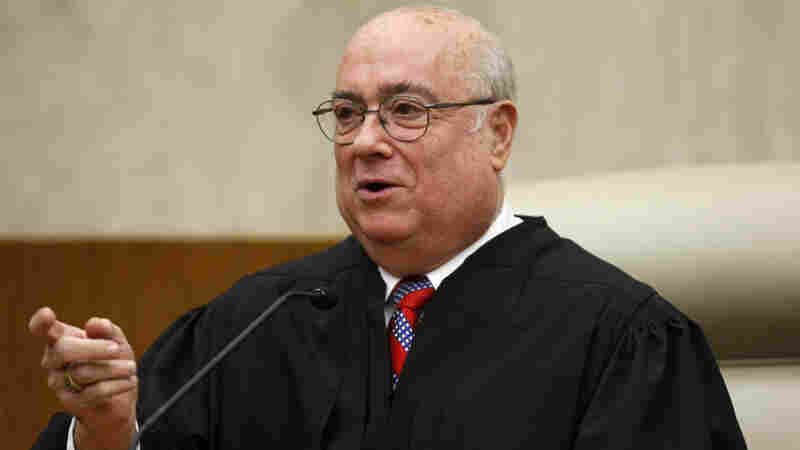 "I would have thought the top drug kingpins in the country wouldn't be the beneficiaries of what we're trying to do here," Judge Royce C. Lamberth said, referring to sentencing reform efforts and guidelines that were designed to help nonviolent drug offenders secure early release. Charles Dharapak/AP hide caption 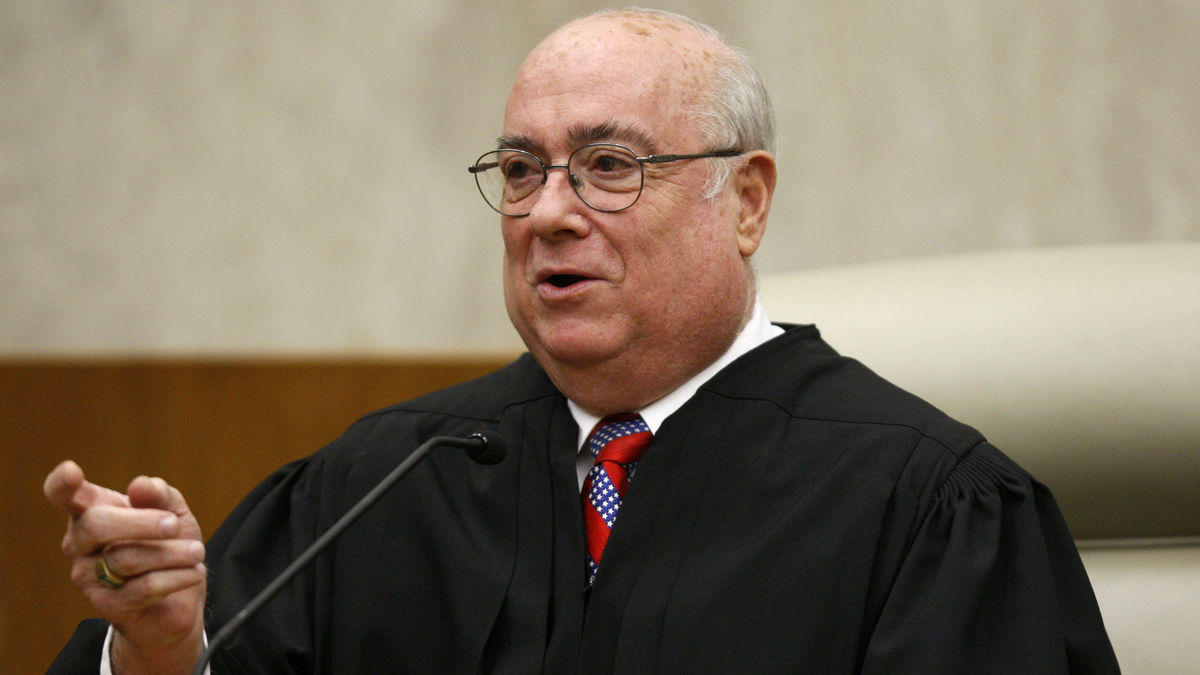 "I would have thought the top drug kingpins in the country wouldn't be the beneficiaries of what we're trying to do here," Judge Royce C. Lamberth said, referring to sentencing reform efforts and guidelines that were designed to help nonviolent drug offenders secure early release.

A longtime federal judge struggled Monday over what constitutes justice for members of one of Washington, D.C.'s most notorious drug rings.

Senior U.S. District Judge Royce C. Lamberth pressed a public defender about the fate of Melvin Butler, a man who helped flood the city with cocaine that contributed to waves of violence in the late 1980s.

The issue arrived in a spotless second-floor room in the federal courthouse on a request from Butler, now 52, for a sentence reduction that would allow him to leave prison in November, after spending half of his life behind bars.

Butler landed in federal custody on April 28, 1989 — so long ago that most of his court records are lost somewhere in storage. Butler, based in California, was a top associate of Rayful Edmond III, Washington's most infamous drug kingpin. The two men allegedly connected at a heavyweight boxing match in Las Vegas in 1987. Two years later, their trial riveted the country. Officials outfitted the courtroom with bulletproof glass and flew Edmond in each day from a lockup in Quantico, Va. 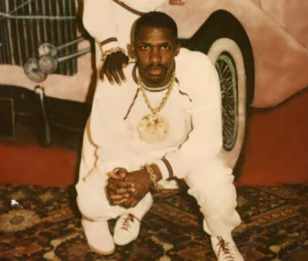 Butler had initially been sentenced to life in prison, Judge Lamberth pointed out, as "one of the two top ringleaders" of a gang that made more than $1 million a week. But the judge who presided over the case, and died in 1997, later reduced the sentence. Now, Butler and his lawyer are trying to shave off more time using a process the U.S. Sentencing Commission approved last year for drug offenders to secure early release from prison.

"I recognize this man's stature and what happened in the '80s," said Assistant Federal Public Defender Dani Jahn. "He's now 52 years old. He's not the person that he was. This is a very lengthy sentence."

Jahn said that if Butler were sentenced under laws in place now, he'd face far less time. And, she said, if the judge refuses to grant the request, Butler will still win release in 2017, having served his full term.

She pointed out that Butler will remain under supervised release, subject to sanctions if he breaks the law again. "These guys have everything to lose by screwing up when they get out," Jahn said, adding that appearing before Judge Lamberth under those circumstances "would not be a good experience."

At that, the judge and prosecutor Barry Wiegand laughed out loud.

Another member of the Edmond drug gang, lower down on the ladder, James Jones, also is seeking a sentence reduction. Now 58, Jones is scheduled to leave prison in February 2018. But he too wants to take advantage of a change in the sentencing guidelines that would allow him to go free in November with the judge's permission. Thousands of prison inmates across the country already have won the ability to leave prison early under that mechanism.

But in his courtroom, across from the U.S. Capitol, Judge Lamberth expressed reservations. "It still gives me pause what Congress is doing," the judge said. "I would have thought the top drug kingpins in the country wouldn't be the beneficiaries of what we're trying to do here."

The questions of crime and punishment are particularly timely now as the Obama administration has prioritized sentencing reform and clemency initiatives that would deliver shorter sentences and other relief to nonviolent drug criminals. Lawmakers from both political parties are preparing to advance their own proposals for overhauling the criminal justice system in September.

President Obama and leaders at the Justice Department have stressed the need to be smarter about crime, reserving prison for the most dangerous offenders and diverting others into rehabilitation and other programs. The assistant public defender, Dani Jahn, cast her arguments on behalf of the D.C. drug gang members in those terms.

But the question before Judge Lamberth, and others deliberating notorious cases across the country, is what standards to consider for criminals involved at higher levels in violent drug gangs. The judge said he recalled Edmond testifying that many of his lieutenants wielded firearms. Lamberth also asked about an apparently unresolved murder allegation involving Jones dating to the 1980s. But the prosecutor, the public defender and the probation officer couldn't remember back that far, so they asked for time to research the question.

Prosecutor Barry Wiegand said he didn't want to opine about changes in criminal justice policy. But he said he lived several blocks away from what used to be a drug market under Edmond's control.

"I wouldn't presume as an assistant United States attorney to be privy to the wisdom of Congress," he said. "I observe that 31- and 32-year sentences are long. I observe that a lot of places aren't what they used to be. What we did in the 1980s and 1990s was the right thing to do, and we did it well."