Accessibility links
After Government's Greenlight, Commercial Drones Set To Take Off : It's All Politics The FAA has granted 1,300 permits that allow commercial firms to operate drones for everything from selling real estate to inspecting utility lines. But there's concern over some recent close calls. 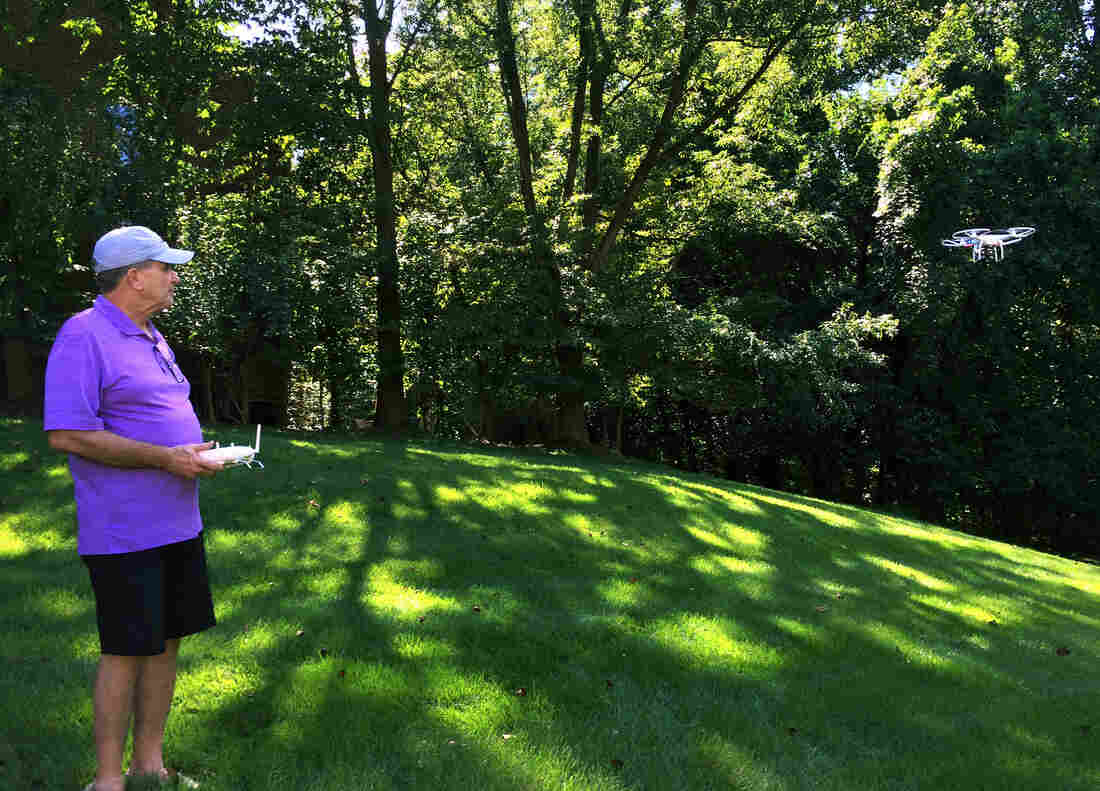 Tom Gorner, founder of Skyscape Services, flies his drone in the backyard of his Virginia home. His company uses the drone to photograph real estate for prospective buyers. Brian Naylor/NPR hide caption 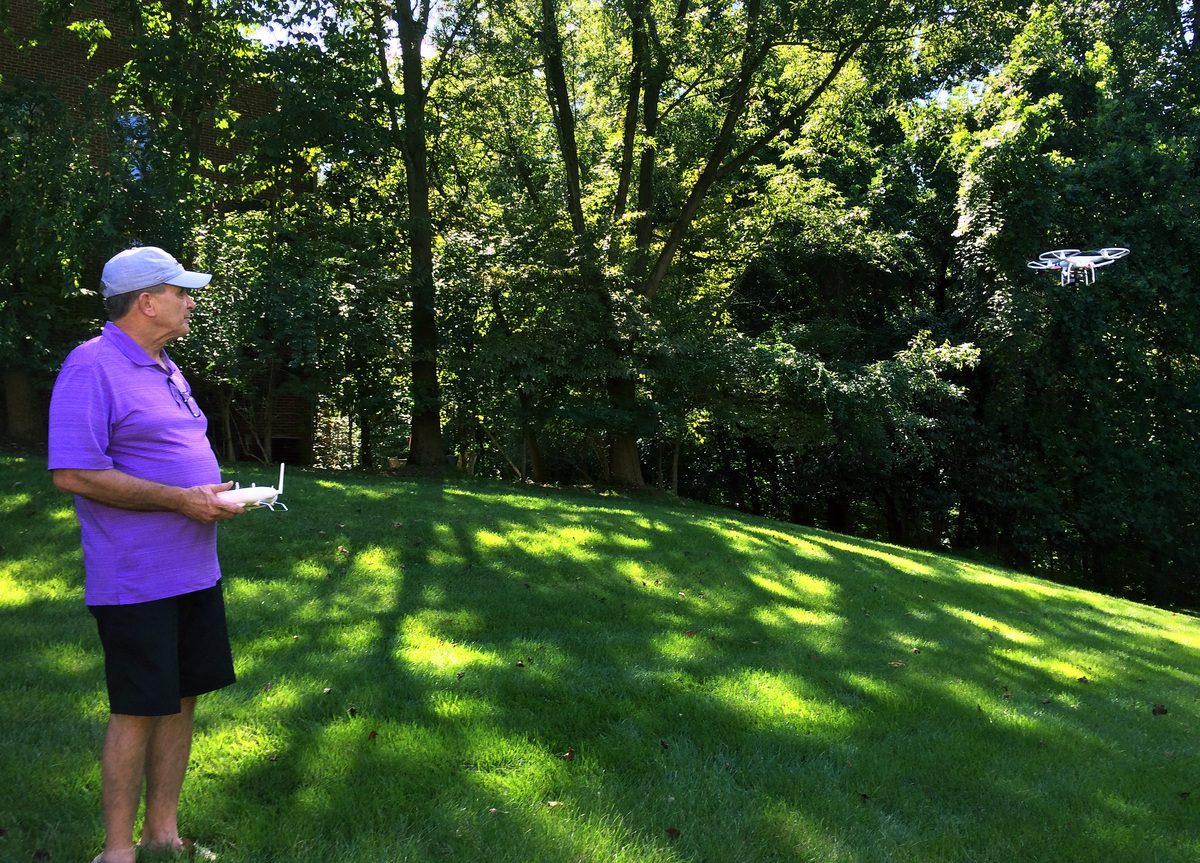 Tom Gorner, founder of Skyscape Services, flies his drone in the backyard of his Virginia home. His company uses the drone to photograph real estate for prospective buyers.

Stories about how Amazon and Google want to deliver packages using drones have gotten a lot of attention. But in fact, some 1,300 businesses and individuals have already received permission from the Federal Aviation Administration to use drones for commercial purposes — everything from selling real estate to inspecting utility lines. But their operators are worried that recreational drone users who have been flying their vehicles near aircraft may spoil the party.

In the backyard of Tom Gorner's suburban Virginia home one recent morning, the sky was blue and clear as Gorner prepared to launch his drone (or Unmanned Aerial Vehicle as they're sometimes known). He held the controller, which looks not unlike a video game controller with two joy sticks --one to control the device's altitude, one for direction. He toggles a switch and the drone begins to beep.

"You'll see underneath here just like a plane there are red lights and green lights; they're all designated to mean something," he said.

Gorner is founder of Skyscape Services; his company uses the drone to photograph real estate for prospective buyers, and golf courses to lure new members. The drone is equipped with a small video camera and can send images down to his laptop or iPad.

Like Gorner's drone, the commercial UAV industry is taking off too. There is lot of potential for commercial drone use, said Rose Mooney, executive director of the Mid Atlantic Aviation Partnership, which the FAA has designated as a test site for drones. "Things like search-and-rescue, and roof inspection, things where people are actually getting hurt today. Even things like news gathering for traffic," he said. Mooney called them "dull, dirty, dangerous jobs," but said they are just the initial step in making drone use "the next pioneering technology in aviation."

But with the optimism, there is cause for concern; specifically the alarming rise in the number of close calls between recreationally-flown drones and other aircraft. There have been more than 700 sightings of drones by aircraft pilots so far this year, according to the FAA, involving everything from commercial jets to aerial fire fighters.

Matt Scassero, director of the University of Maryland's drone test site warns that "if one person has a major mishap or just the sheer number of incidents continues to grow, it's going to give the entire industry a bad name." So the industry is trying to increase public outreach and education "so folks know what the rules are and they operate responsibly."

FAA Administrator Michael Huerta told NPR recently he too is worried about what he calls the dramatic upswing in sightings of wayward drones. "The whole idea of these drones coming into conflict with other aircraft is something that I'm extremely concerned about. There are a lot of people operating model unmanned aircraft with little or no aviation experience," Huerta said. "They're buying them at hobby shops. They're buying them at camera stores. So the whole concept of what are the rules of the air is a very new thing to them."

Huerta said it comes down to education and enforcement. The FAA is beta testing an app called "b4ufly" that will enable recreational drone users to find out if they're operating within a restricted area — within five miles of an airport. Recreation drones are also supposed to stay below 400 feet and away from stadiums. And he says violators can be fined up to tens of thousands of dollars.

Tom Gorner, who's company like all commercial users had to hire a pilot to fly its drone, said he's frustrated by those who act maliciously. He says "it's not helping the people who want to do this ... for a business or a hobby even, that just want to fly safely."

After a drone landed on the White House lawn some months ago, its manufacturer DJI, which also made Gorner's drone, updated the operating system so that it won't fly in restricted airspace.

Now there are calls to equip all drones with similar technology.