Accessibility links
New Cellphone Surveillance Safeguards Imposed On Federal Law Enforcement : It's All Politics Federal law enforcement officials will be routinely required to get a search warrant before using secretive and intrusive cellphone-tracking technology under a new Justice Department policy. 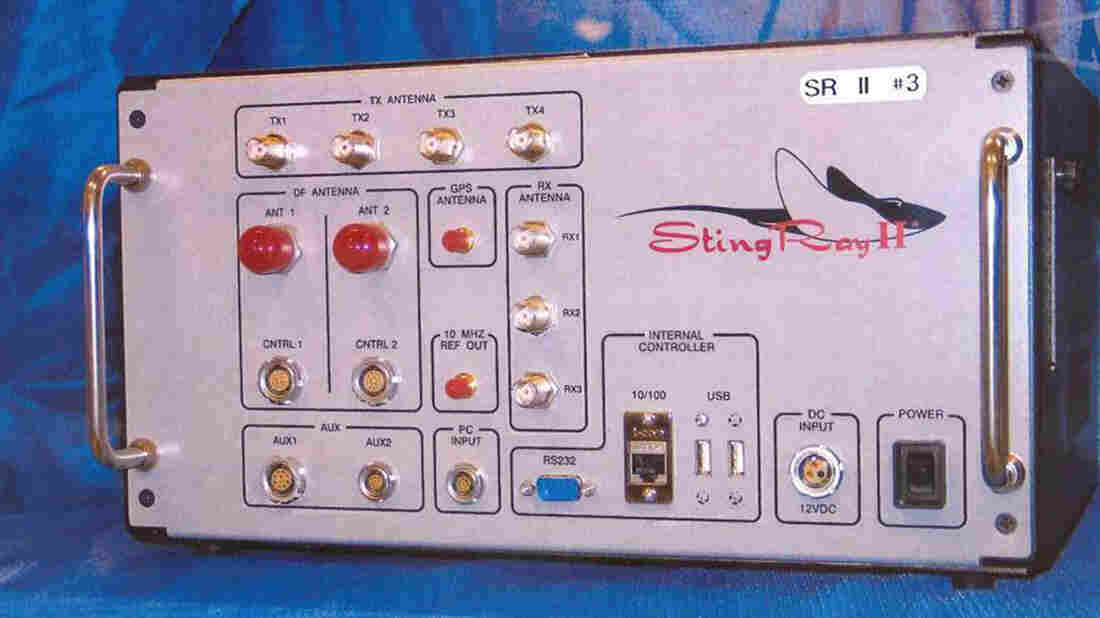 The StingRay II is a cellular-site simulator used for surveillance purposes. Under a new Justice Department policy, federal law enforcement officials will be routinely required to get a search warrant before using secretive and intrusive cellphone-tracking technology. AP hide caption 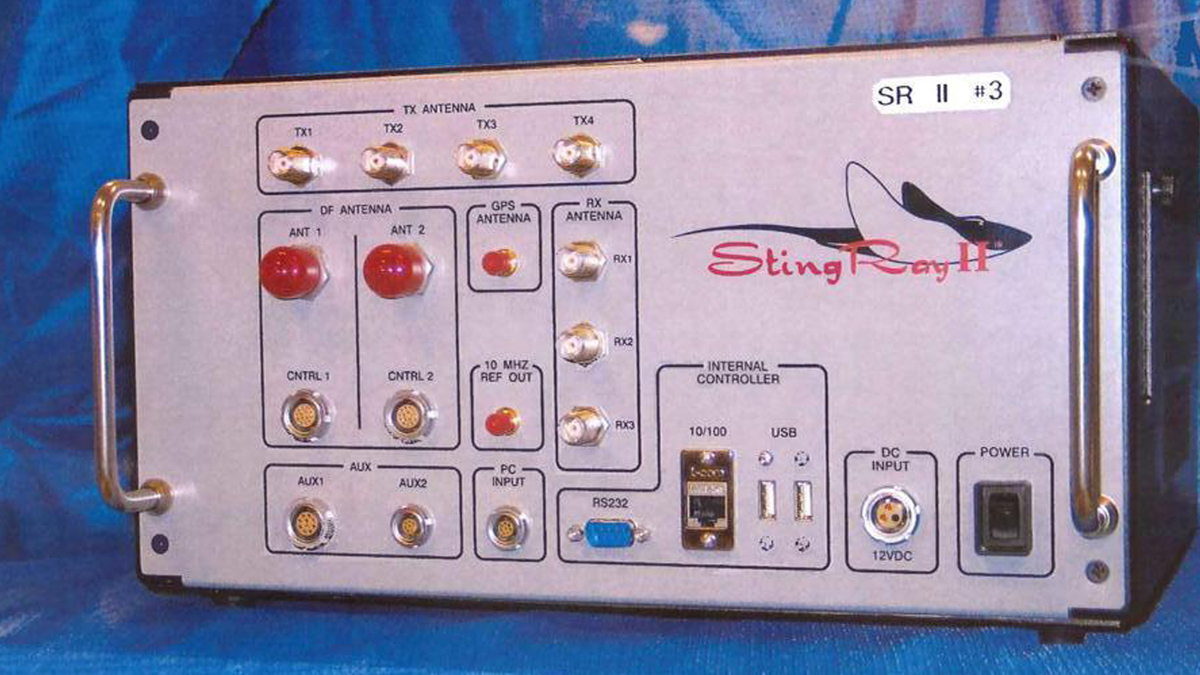 The StingRay II is a cellular-site simulator used for surveillance purposes. Under a new Justice Department policy, federal law enforcement officials will be routinely required to get a search warrant before using secretive and intrusive cellphone-tracking technology.

The Justice Department says it will beef up legal requirements for using cell-site simulators, an increasingly controversial form of surveillance technology that secretly gathers data about mobile devices.

Under the new policy, federal investigators will be required to get a warrant from a judge demonstrating probable cause, in most domestic criminal probes. Agents will need to explain to judges how the technology is being used. And they'll be directed to destroy volumes of bystanders' data "no less than once daily."

"This policy is really designed to ... try to promote transparency, consistency and accountability, all while being mindful of the public's privacy interest," said Deputy U.S. Attorney General Sally Yates.

Yates said the devices, commonly known as StingRays or dirt boxes, have been critical in cracking drug cases, finding fugitives and determining the whereabouts of kidnap victims. She declined to provide numbers on how often cell-site simulators are used but said they're deployed in only "a fraction" of federal investigations in keeping with public safety.

The new policy applies to federal agents under Justice Department control and to state or local investigators who work on federal task forces. Yates also said she expects the FBI to modify the terms of its "nondisclosure" agreements with state and local entities, some of which have barred those law enforcement agencies from disclosing the use of the devices, even to criminal defendants.

Yates said the Justice Department is trying to balance privacy interests of citizens with a desire to solve crimes while "not giving a road map to the bad guys who are trying to defeat it." In emergency or "exigent" circumstances, agents may not need to secure a warrant, but approval of high-level attorneys will be required.

The federal action follows outcry from judges, privacy advocates and members of Congress over the intrusive nature of the technology, which mimics cellphone towers to collect identifying information from mobile phones in a particular area. The StingRays can sweep in high volumes of information from innocent people inside homes or parks.

Over the past year, the top lawmakers on the Senate Judiciary Committee have sent at least three letters to the Justice Department requesting information about agencies that use the technology, privacy safeguards and how much judges are told about it. In May, Sens. Charles Grassley, R-Iowa, and Patrick Leahy, D-Vt., wrote that "DOJ's failure to answer these questions has heightened our concerns."

Immediate reaction to the policy change was generally positive. "The Department of Justice's new policies are finally starting to catch up with the rapid advancement of this tracking technology," said Leahy. "Today's announcement is a welcome step forward, and has the potential to bring transparency and consistency to the Department's use of these tracking devices. However, I have serious questions about the exceptions to the warrant requirement that are set forth in this new policy, and I will press the Department to justify them."

Nathan Freed Wessler, a lawyer at the American Civil Liberties Union, said requiring the FBI, DEA and U.S. Marshals Service to obtain warrants to use the devices represents a "positive first step."

"After decades of secrecy in which the government hid this surveillance technology from courts, defense lawyers and the American public, we are happy to see that the Justice Department is now willing to openly discuss its policies," Wessler said.

But he expressed strong reservations that the new policy will not apply to many state and local police departments, which use federal grant money to buy the devices.

"In addition, the guidance leaves the door open to warrantless use of StingRays in undefined 'exceptional circumstances' while permitting retention of innocent bystander data for up to 30 days in certain cases," Wessler added. "The Justice Department must close these loopholes, and Congress should act to pass more comprehensive legislation to ensure that Americans' privacy is protected from these devices and other location tracking technologies."