Accessibility links
Can Jeb Bush Get Out From Behind His Family's Legacy? : It's All Politics The former Florida governor and 2016 Republican presidential candidate says he's his own man, but his brother George W. Bush will pitch in at a campaign fundraiser this week. 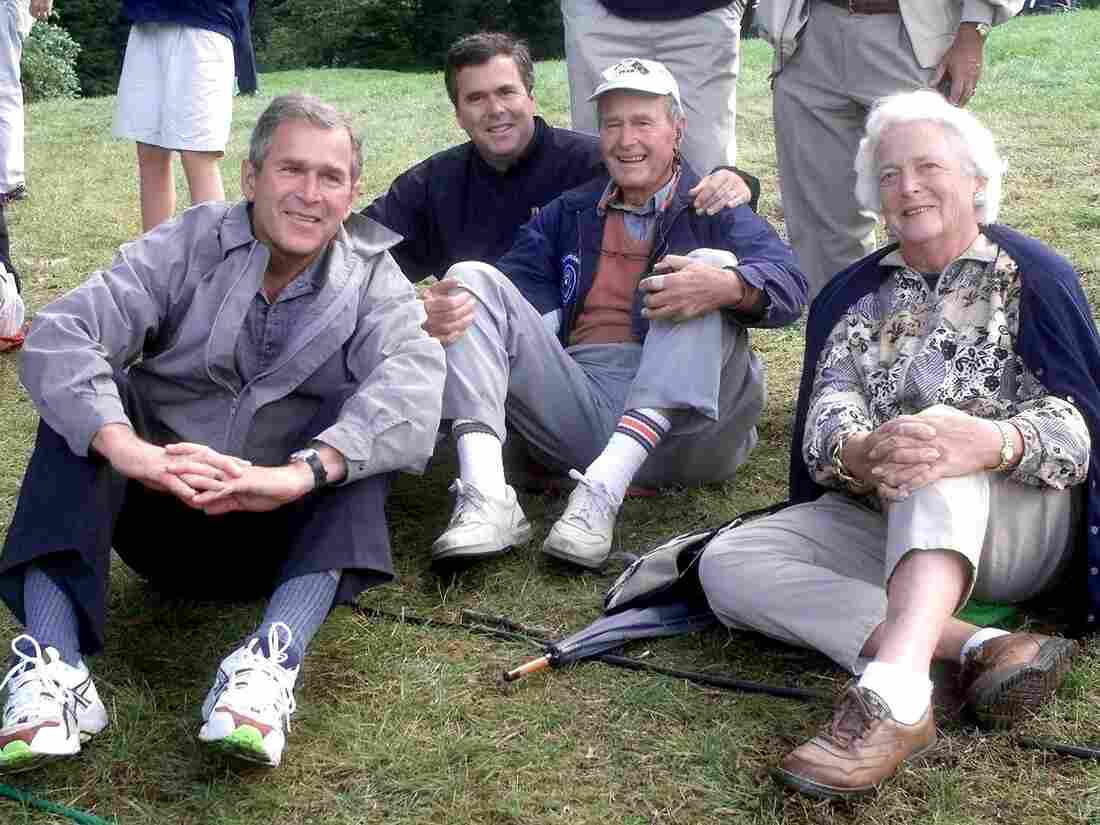 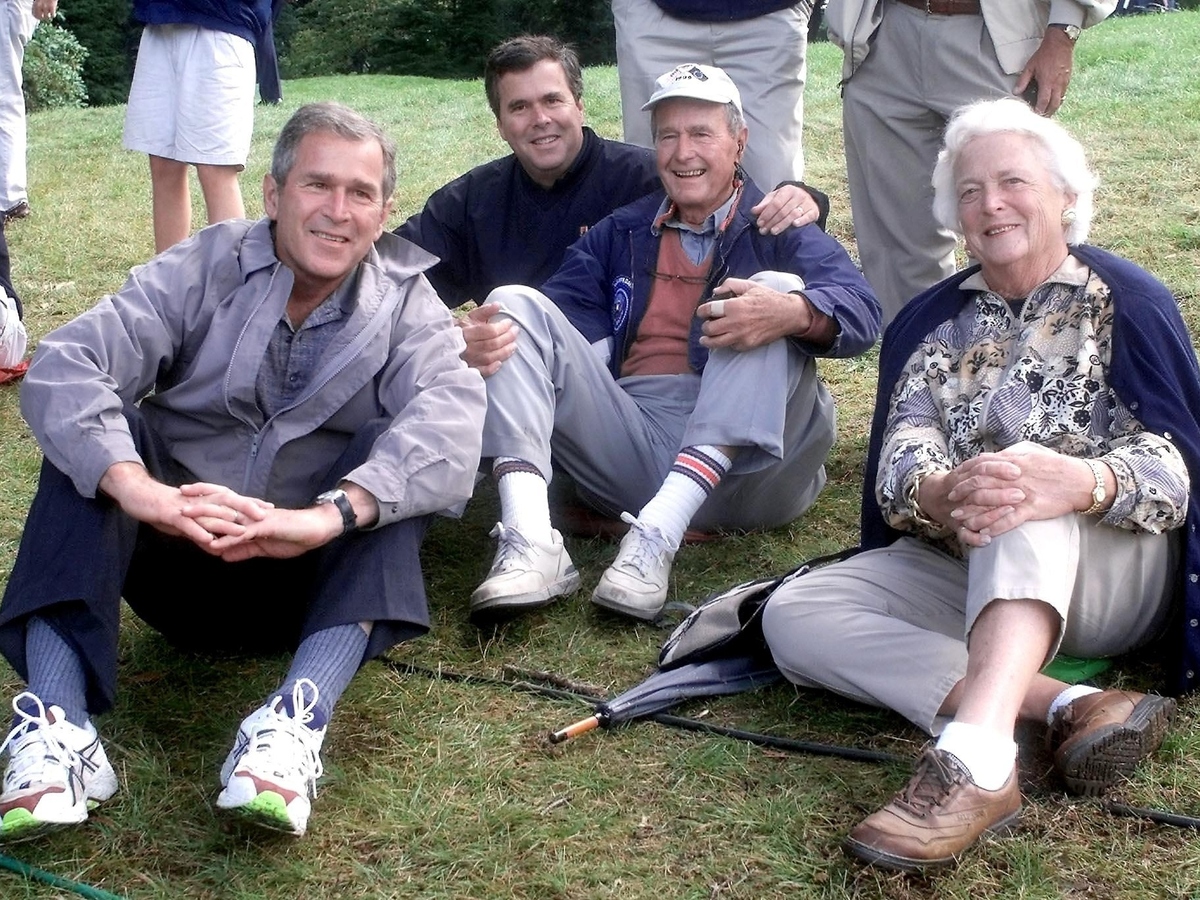 Jeb Bush likes to tell audiences that he's his own man. It's a way to put distance between himself and the two members of the Bush family who've already won the White House.

His brother, former President George W. Bush, will headline a fundraiser for his brother this week. He also sent a email in August to Jeb Bush supporters asking for donations. Raising money out of sight is a way he can help the campaign, without drawing too much attention.

In fact, the 43rd president has said he can help the Bush who is hoping to become the 45th president by staying away from the campaign trail.

Jeb Bush is keenly aware that a lot of Americans are uncomfortable with the notion of a third member of his immediate family becoming President.

Even his own mother, former first lady Barbara Bush — known for speaking her mind — initially said she was against the idea of another member of the family running. She told NBC's Today show in 2013, "There are other people out there that are very qualified, and we've had enough Bushes."

Before he ran, Jeb Bush had his mother declare publicly, "I've changed my mind." Still, that didn't end his wrestling match with the dynasty question.

When Fox News host Sean Hannity asked whether his last name would be a liability or an asset in June, Bush emphasized the personal above political, answering, "For starters, I was blessed to be George and Barbara Bush's son."

He's also addressed the issue on the campaign trail. At the Detroit Economic Club back in February, he repeated a line he delivers often, saying simply and lovingly, "My dad is the greatest man alive."

He went on to add, "I love my brother and i think he was a great president. And it doesn't bother me one bit to be proud of them and love them."

Both Presidents have fans and critics, but what Jeb Bush has to contend with is their mistakes.

His big challenge in the 2016 primary was always going to be proving his conservative credentials to the GOP base. Many conservatives were angered when his father agreed to raise taxes as president, breaking the famous "read my lips" pledge from his acceptance speech at the 1988 Republican National Convention in New Orleans.

The subject of Iraq, and George W. Bush's legacy there, tripped up Jeb Bush early on in the 2016 campaign. His brother invaded Iraq and overthrew dictator Saddam Hussein based on the threat that Iraq possessed weapons of mass destruction, which was later debunked.

Here's how Bush laid out the threat during a speech in Cincinnati, Ohio, in October of 2002.

Jeb Bush himself has been asked repeatedly whether he'd have done what his brother did in Iraq. He's struggled with the answer. In May, Fox News anchor Megyn Kelly asked him whether he would have made the same decision as his brother to invade Iraq "based on what we know now." Bush said, "I would have. And so would have Hillary Clinton, just to remind everybody, and so would have almost everybody that was confronted with the intelligence they got."

If Iraq tripped him up, he's gotten out in front on other issues. On the 10th anniversary of Hurricane Katrina, he toured Florida's Gulf Coast and highlighted own record handling disaster relief as governor, which was widely praised. His campaign even produced a video to highlight that part of his record.

Likewise, Jeb Bush always mentions the jobs created in Florida during his tenure, a contrast to the economic crisis at the end of George W's presidency. 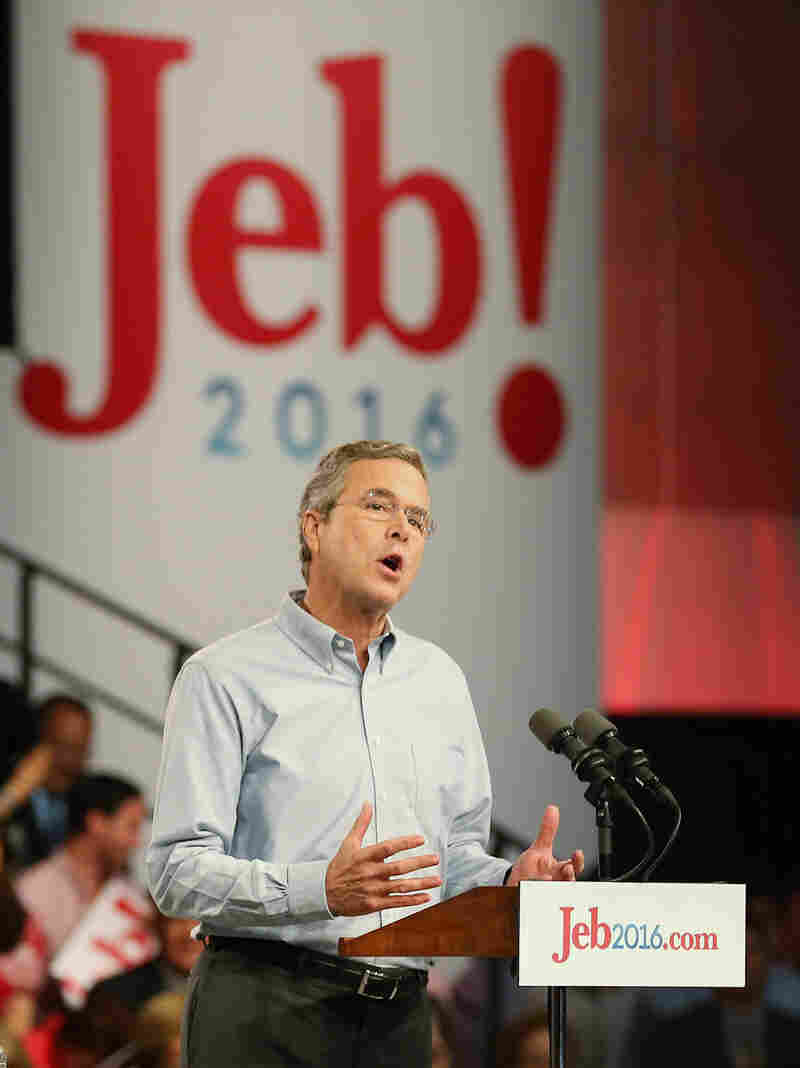 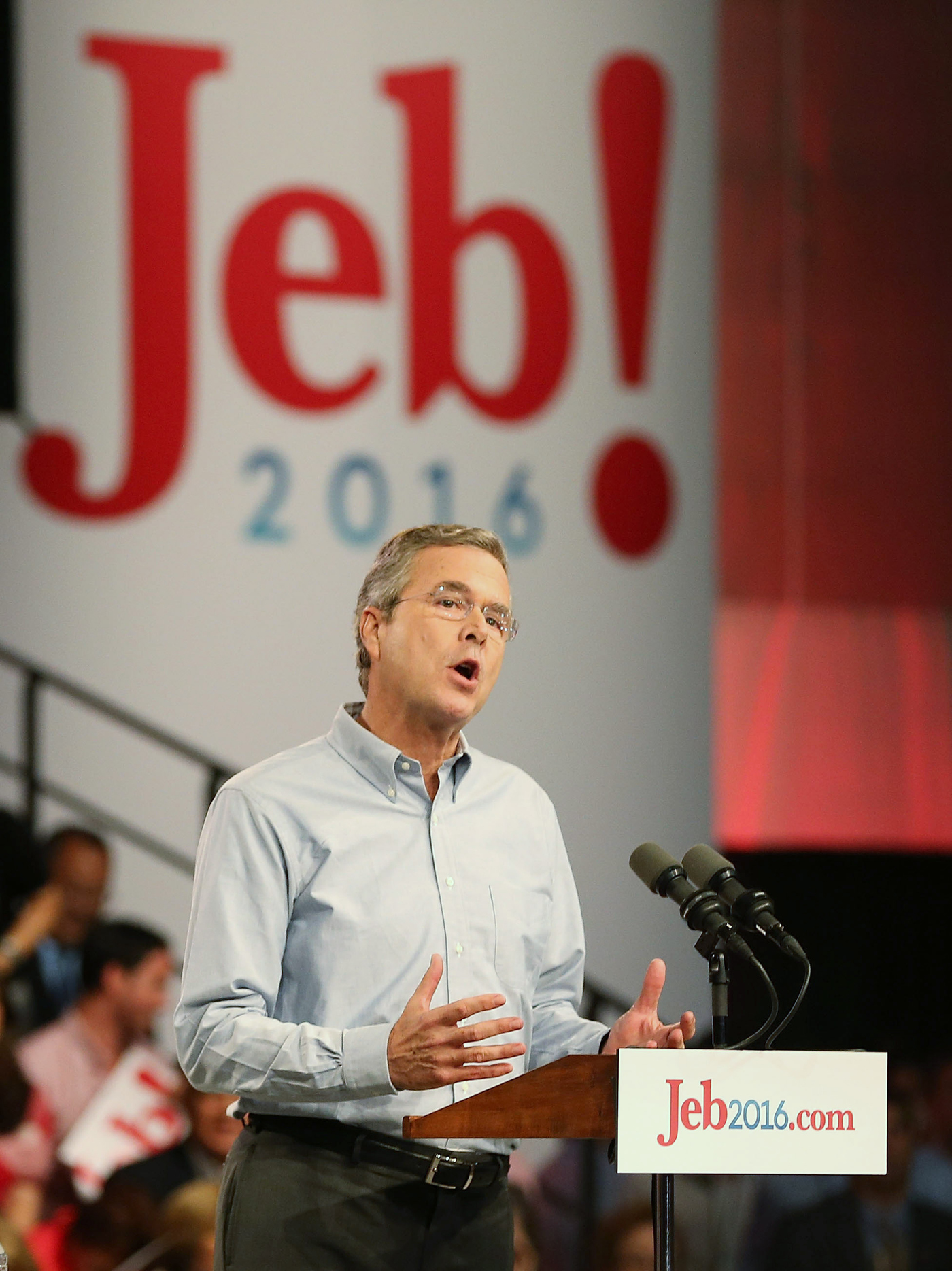 His opponents like to make use of the Bush legacy for their own purposes. Donald Trump points to the Jeb Bush campaign logo — which features just his first name with an exclamation point. To Trump, it says that the candidate is afraid to use his last name.

Trump also likes to echo Bush's own mother, offering variations on a line from an interview with Fox's Bill O'Reilly, when Trump said, "The last thing this country needs is another Bush. We've had it with the Bushes."

Even if many voters have mixed or negative views on the Bush legacy, the former Presidents are a major draw for many donors.

The setting for this week's fundraiser touches on another aspect of the family legacy. The event featuring George W. Bush is in New York City on Thursday, September 10th — the eve of the anniversary of the day that defined his presidency.