Accessibility links
Anti-Virus Pioneer John McAfee Enters Presidential Race With 'Cyber Party' : It's All Politics The founder of the computer security firm and former fugitive says, "We are losing privacy at an alarming rate — we have none left." 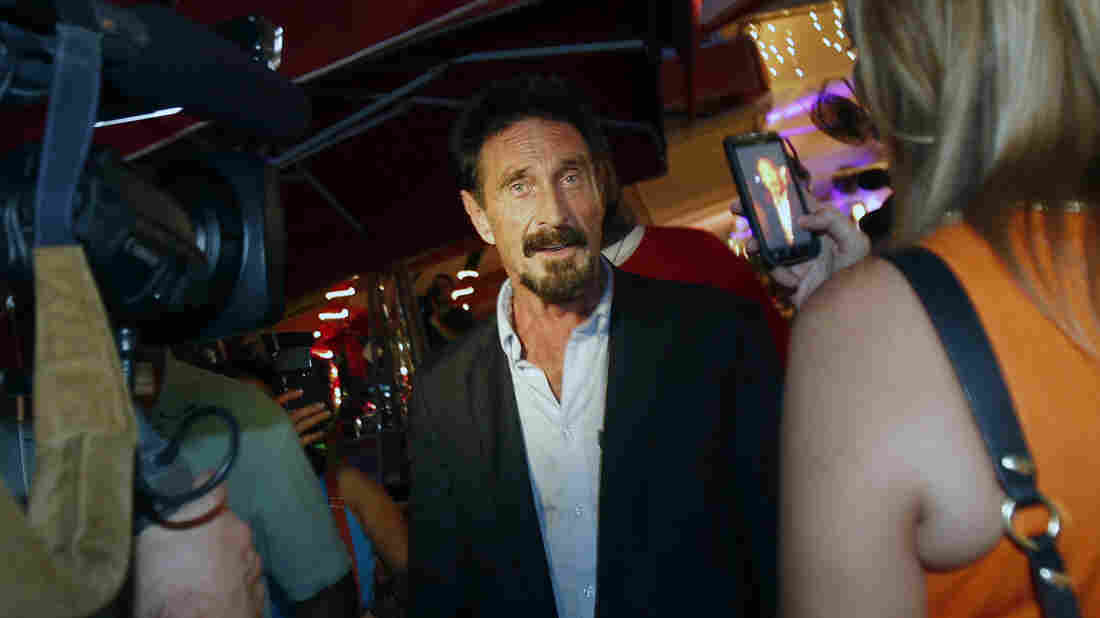 Anti-virus software founder John McAfee in Florida in 2012 after being deported from Guatemala, where he had sought refuge to evade police questioning. Alan Diaz/AP hide caption 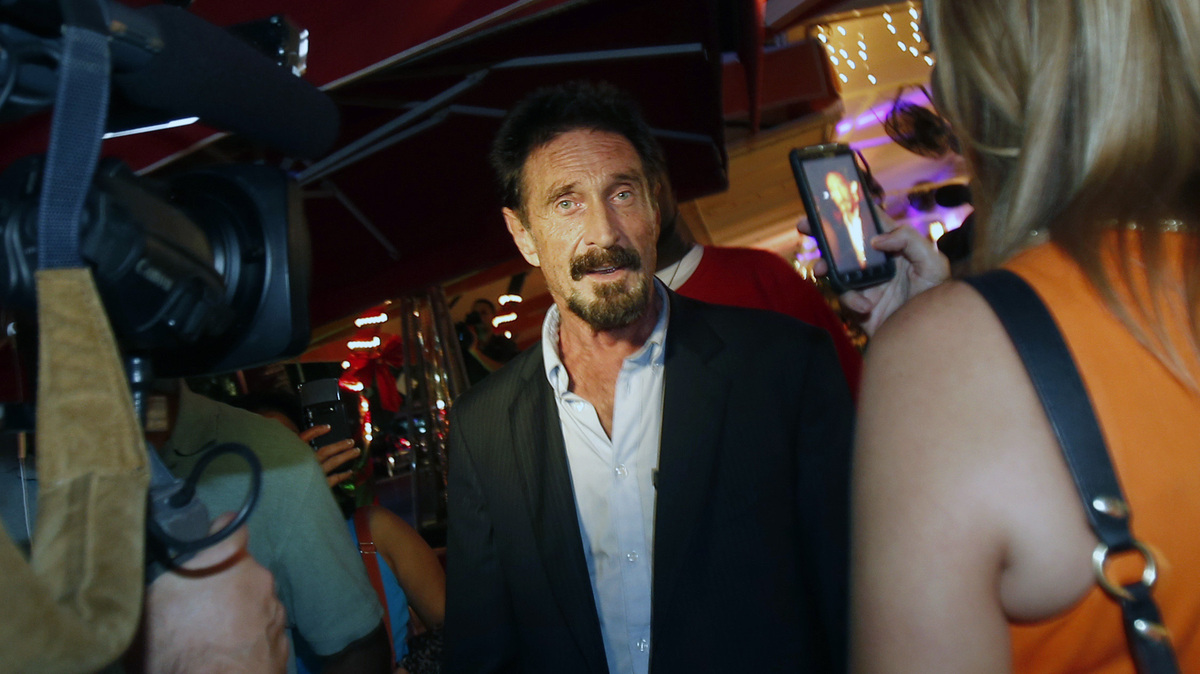 Anti-virus software founder John McAfee in Florida in 2012 after being deported from Guatemala, where he had sought refuge to evade police questioning.

Voters looking to support an eccentric millionaire for president now have more options. John McAfee, who pioneered anti-virus software but most recently made headlines by evading Belizean authorities in 2012, announced a third-party White House bid this week.

McAfee is creating his own party: the Cyber Party. He told CNN he'll focus his bid on online privacy and domestic surveillance.

"We are losing privacy at an alarming rate — we have none left," McAfee told the network. "We've given up so much for the illusion of security and our government is simply dysfunctional. The government can spy on people using their mobile phones while they're with their wives and husbands."

McAfee knows firsthand about the amount of information we unwittingly share online. When he ran from Belizean officials who wanted to question him about the murder of a neighbor, reporters traveling with McAfee accidentally exposed his exact location by including metadata in a photograph they posted online.

Although McAfee was never a suspect in the murder — just a person of interest — he was eventually deported to the United States after illegally entering Guatemala while on the lam. McAfee had ended up in Belize after selling his anti-virus company, and then losing a significant amount of wealth in the most recent recession. As NPR reported in 2012:

McAfee's lifestyle in Belize was active and eccentric. His island home was known as a party house, with many women living there, most believed to be prostitutes from the mainland. And he had seven large dogs protecting the property. Faull, his murdered neighbor, had complained about the dogs and the constant traffic on the small road between their homes.

In the CNN interview, McAfee, who was arrested on charges of driving under the influence in Tennessee last month, said he's ready and willing to discuss his "checkered background."

McAfee filed paperwork with the FEC earlier this week. His campaign has also launched a website, though the page currently contains no information other than a quote attributed to George Washington: "Guard against the impostures of pretended patriotism."