Accessibility links
CHART: How The GOP Candidates Got On The Debate Stage : It's All Politics The story of the CNN debate reveals the challenge networks have faced in trying to squeeze 17 candidates into debates — and the folly of using polls to decide who will make it.

CHART: How The GOP Candidates Got On The Debate Stage

CHART: How The GOP Candidates Got On The Debate Stage

Carly Fiorina will make it into CNN's main debate next week, thanks to poll numbers that improved after her strong performance in Fox News' Aug. 6 "happy hour" debate.

Of course, in a field of 17, improving in the polls means moving from 1 or 2 percent to the 5 percent neighborhood.

CNN announced Thursday that Fiorina and 10 other candidates would take the stage at the network's GOP presidential debate next week. The announcement comes after loud complaints from Fiorina's camp and a last-minute debate rules change from CNN. The whole story of the CNN debate emphasizes the challenge networks have faced in trying to squeeze 17 candidates into debates — and the problem of using polls to decide who will make it.

Fiorina's campaign had recently complained that CNN's original debate criteria were unfair. The criteria had said the top 10 candidates, based on an average of polls stretching back to July 16, would be let into the main debate. But Fiorina's recent, stronger poll performance wasn't enough to make up for her poor performance in the polls prior to the Fox News debate. 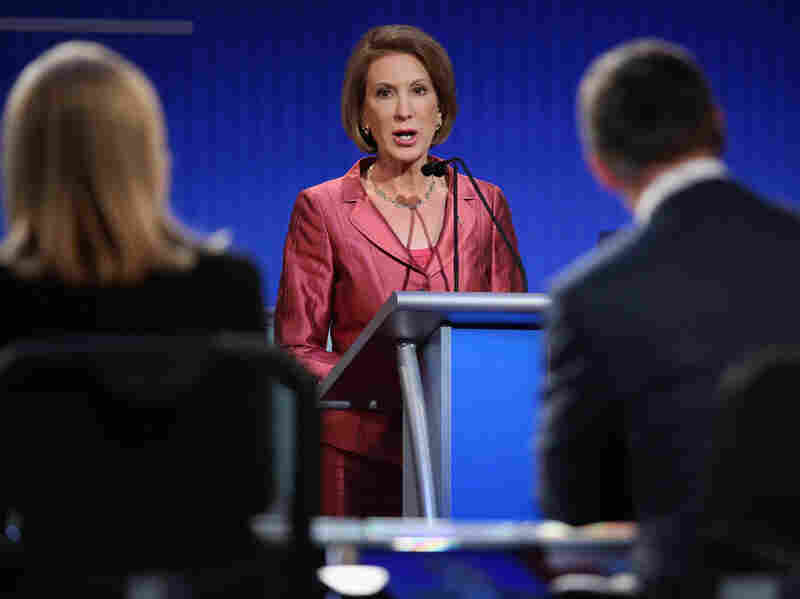 Many pundits agreed that Fiorina turned in one of the strongest performances at Fox News' Aug. 6 debate. Chip Somodevilla/Getty Images hide caption 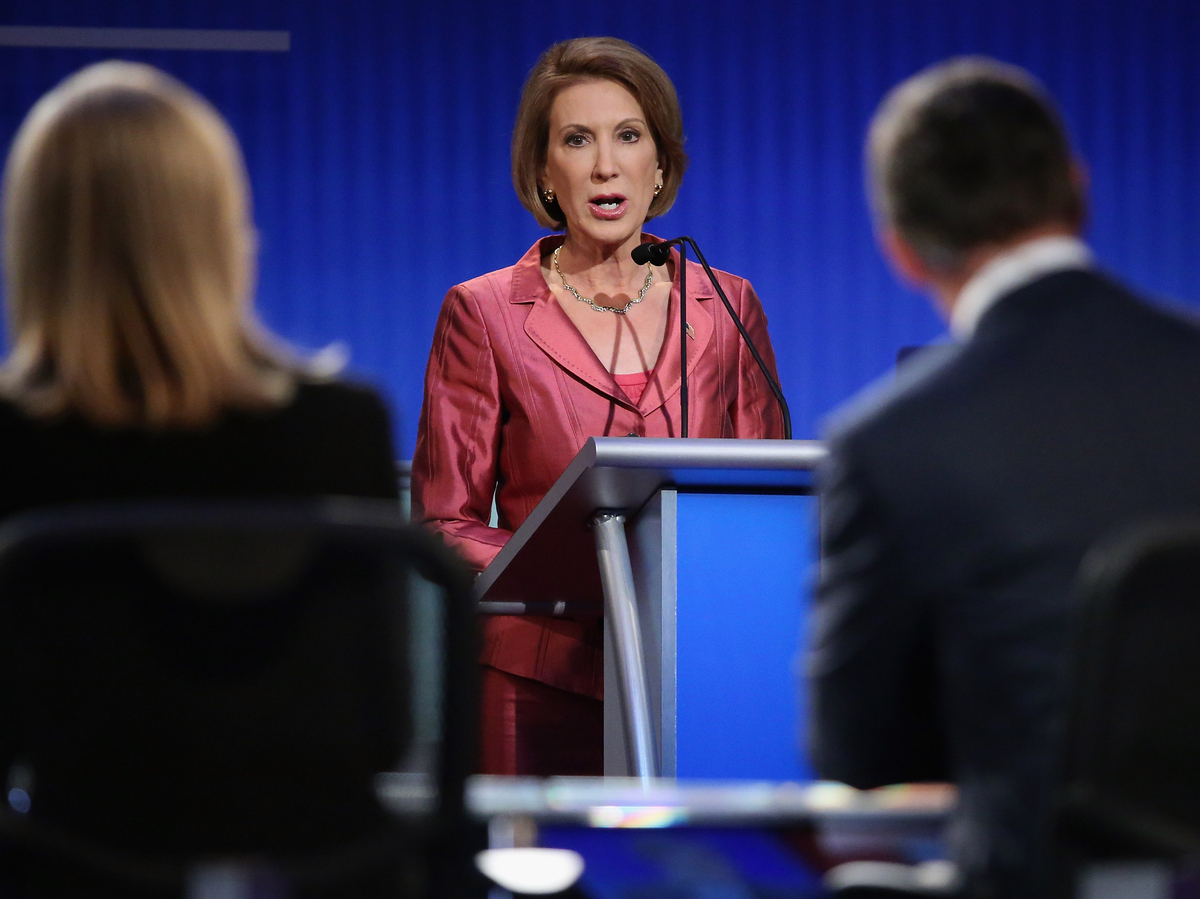 Many pundits agreed that Fiorina turned in one of the strongest performances at Fox News' Aug. 6 debate.

After complaints not only from the Fiorina camp but from other strategists and pundits, CNN on Sept. 1 announced it would also allow candidates that made the top 10 in polls after Aug. 7. That just happens to include Fiorina and no one else. Here's how Fiorina's standing according to the new criteria stacks up to her old performance.

(Chris Christie, who by our count is in 11th place in polls averaged after Aug. 7, will still participate, presumably because he made it in according to the original rules.)

Faced with a huge pool of 17 candidates, CNN and Fox have had to figure out how to let everyone debate without it devolving into a free-for-all. CNN does have some other hurdles that candidates have to clear to be able to debate: They have to have paid aides in at least two of four early states and have to have visited two of those states as well, and they have to average 1 percent support in three qualifying polls. (Former Virginia Gov. Jim Gilmore does not have that 1 percent support, so he will not even make it into the CNN happy-hour debate.)

The problem, however, is that polls aren't designed to winnow down a debate field — especially early polls in a field of 17 candidates.

Aside from concerns about whether margins of error would render the debate's cutoff meaningless, there's also the simple fact that early polls are bad measures of support.

"I think [early polls] measure name recognition," Clifford Zukin, professor of public policy at Rutgers University, told me earlier this summer. "And that's something, but is name recognition really the way you want to choose a presidential candidate?"

So the debates could create a feedback loop. Good poll numbers help a candidate get into the main debate. More exposure there can get a candidate more name recognition, which can then boost that candidate in the polls. Meanwhile, a little-known governor like Bobby Jindal, who will next week be relegated to his second "happy hour" debate, won't get the opportunity for the same kind of spotlight.

Moreover, it's easy in a crowded field for one candidate to "surge" past several others merely by picking up a few percentage points.

Though letting a field of 17 candidates debate is unwieldy regardless of the debate format, there are other possible solutions. Prior to the Fox debate, some Republicans proposed the network randomly assign candidates to two debates.

The question now is how many candidates future debates will have to deal with. As candidates run out of money or lose support, the field will inevitably winnow itself down. By the next debate, on CNBC on Oct. 28, the GOP field may already be smaller.