Accessibility links
Scott Walker's Anti-Union Push May Not Prove So Easy As President : It's All Politics His candidacy has floundered, so the Wisconsin governor is going back to what made him a hero to Republicans — taking on labor unions. But his sweeping efforts will likely run into stiff resistance. 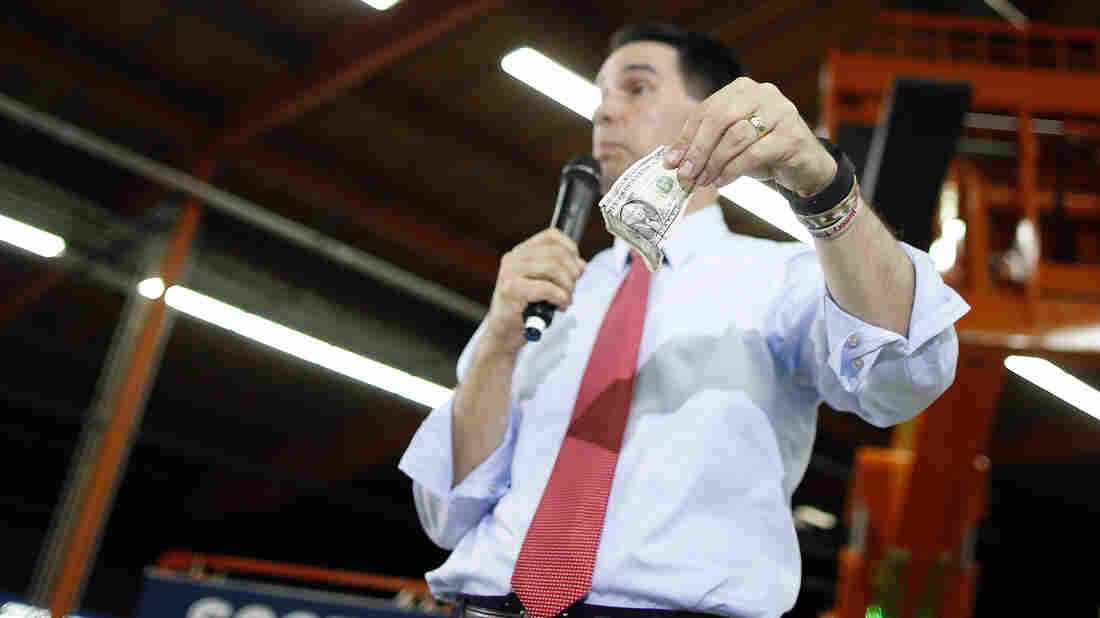 Gov. Scott Walker, R-Wis., holds up a $1 bill during a town hall in Las Vegas where he announced his plan to take on labor unions. Isaac Brekken/AP hide caption 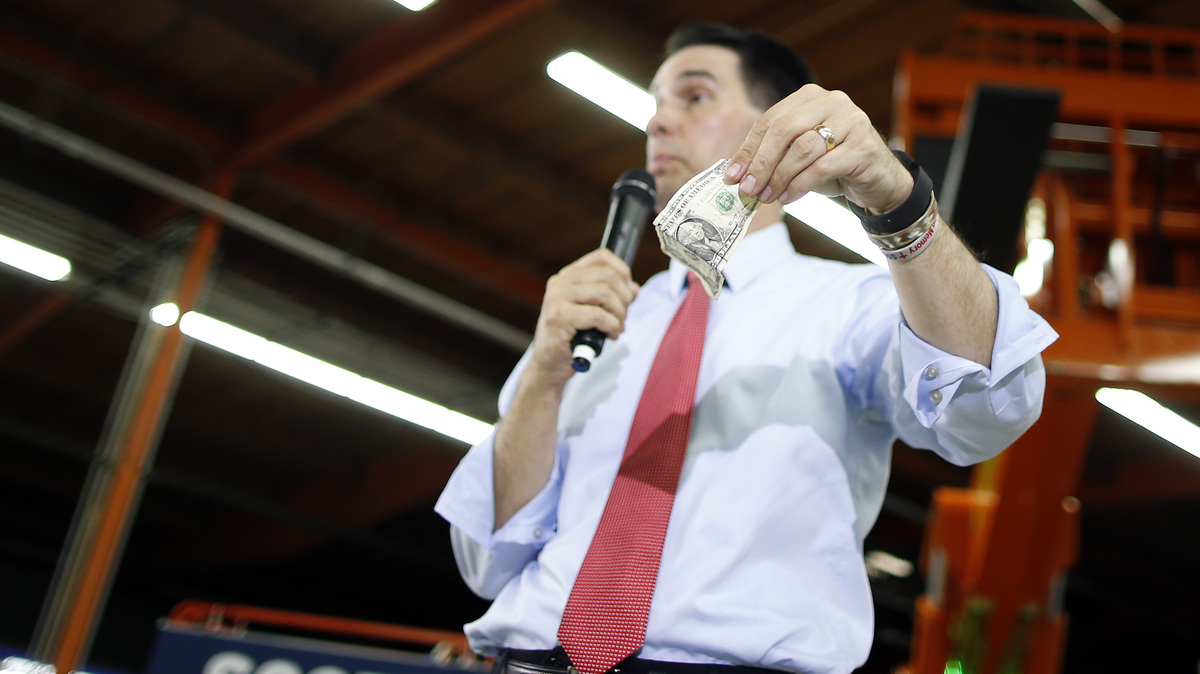 Gov. Scott Walker, R-Wis., holds up a $1 bill during a town hall in Las Vegas where he announced his plan to take on labor unions.

Wisconsin Gov. Scott Walker, whose battles with labor unions in his own state made him a hero to Republicans, is now proposing huge restrictions on unions nationally as he seeks to revitalize his presidential campaign.

On Monday, Walker released an eight-page plan to take on unions, titled "My Plan to Give Power to the People, Not the Union Bosses."

What Walker is proposing is sweeping and would be among the biggest changes to labor unions in American history. But he may find that much of what he was able to do at the state level, may not so easily translate in Washington, if he were to become president.

Back to the Greatest Hits 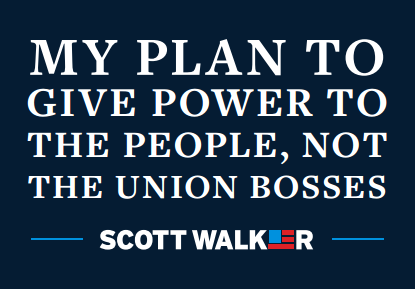 In his run for the White House so far, Walker has stumbled on foreign policy and immigration, so he's back to singing a familiar tune in this post-Labor Day push.

"I think it is, in a way, Walker playing his greatest hit, especially after a summer in which he's had difficulty finding a theme and sticking to that theme," said Charles Franklin of Marquette University, who's watched Walker closely.

Walker took on public-sector unions in Wisconsin and faced down and defeated a recall effort that meant he had to win three statewide elections in the span of four years. It's what made his mark.

"Union bosses" is a term he used more than a dozen times in his speech.

The NLRB was created 80 years ago as part of the National Labor Relations Act passed during Democrat Franklin Delano Roosevelt's first term in the White House.

Walker's plan describes the the board as "a one-sided advocate for big labor special interests." Democrats currently hold a 3-2 advantage on the NLRB.

But the board's political leaning depends on who the president is.

Under Republican presidents, including the immediate past GOP president, George W. Bush, for example, Republicans held the edge — and used the NLRB to their advantage.

Angela Cornell, a specialist in Labor Law at Cornell University, says eliminating the board is not as easy as Walker makes it sound.

"It's a statute that's passed by Congress, so it's not something that can simply be eliminated through executive order," Cornell noted. "It's a statute, and it's the will of Congress, and it's been in place since 1935."

Twenty-five states have right-to-work laws that say workers cannot be required to join unions and pay union dues as a condition of their employment.

Walker says he wants to expand that to be federal law as well.

Walker also pledged to do away with unions for federal workers. But, again, to do so would require congressional actions.

In fact, to carry out both of these promises, a President Walker would need not only GOP control of Congress, but also a filibuster-proof majority in the Senate.

Currently, Republicans have a wide majority in the House and can pass almost anything on party-line vote.

But, in the Senate, Republicans hold a 54-to-44 majority (and two independents caucus with the Democrats). Republicans would have to net six seats in the 2016 elections for a filibuster-proof majority.