Accessibility links
Why Should Candidates Show Up To The 'Kids' Table' Debate? : It's All Politics Republican presidential debates are divided into two tiers, based on where candidates appear in the polls. The lower tier has dwindled to just four candidates in Wednesday night's debate. 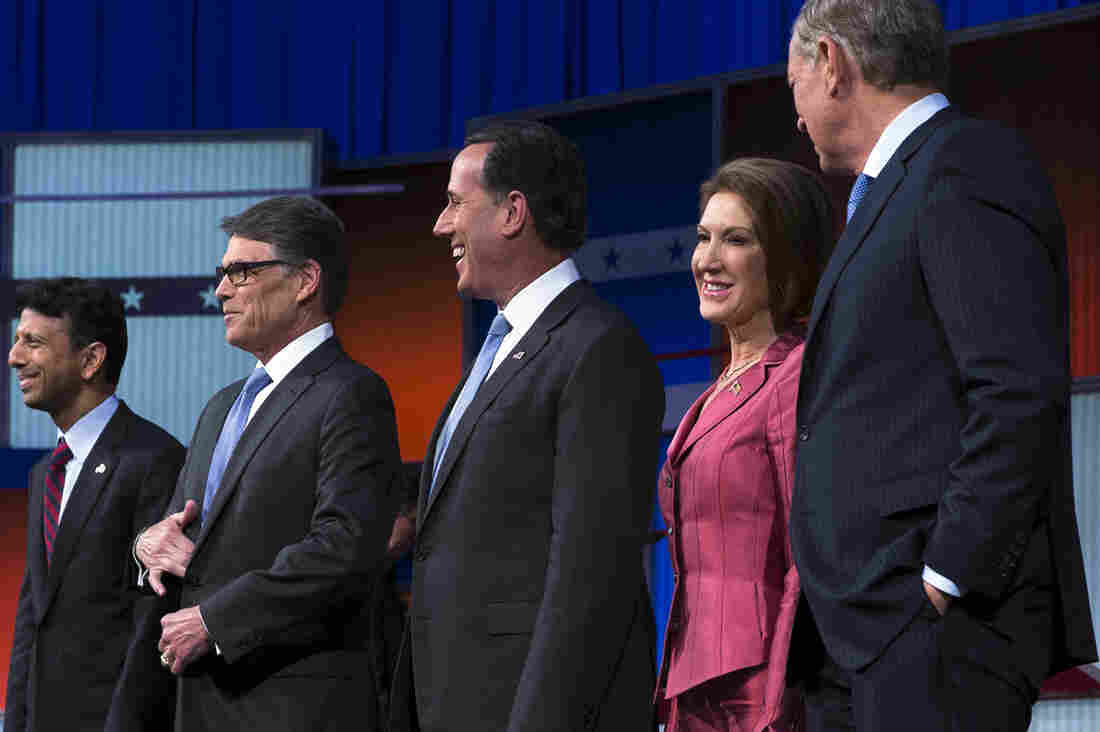 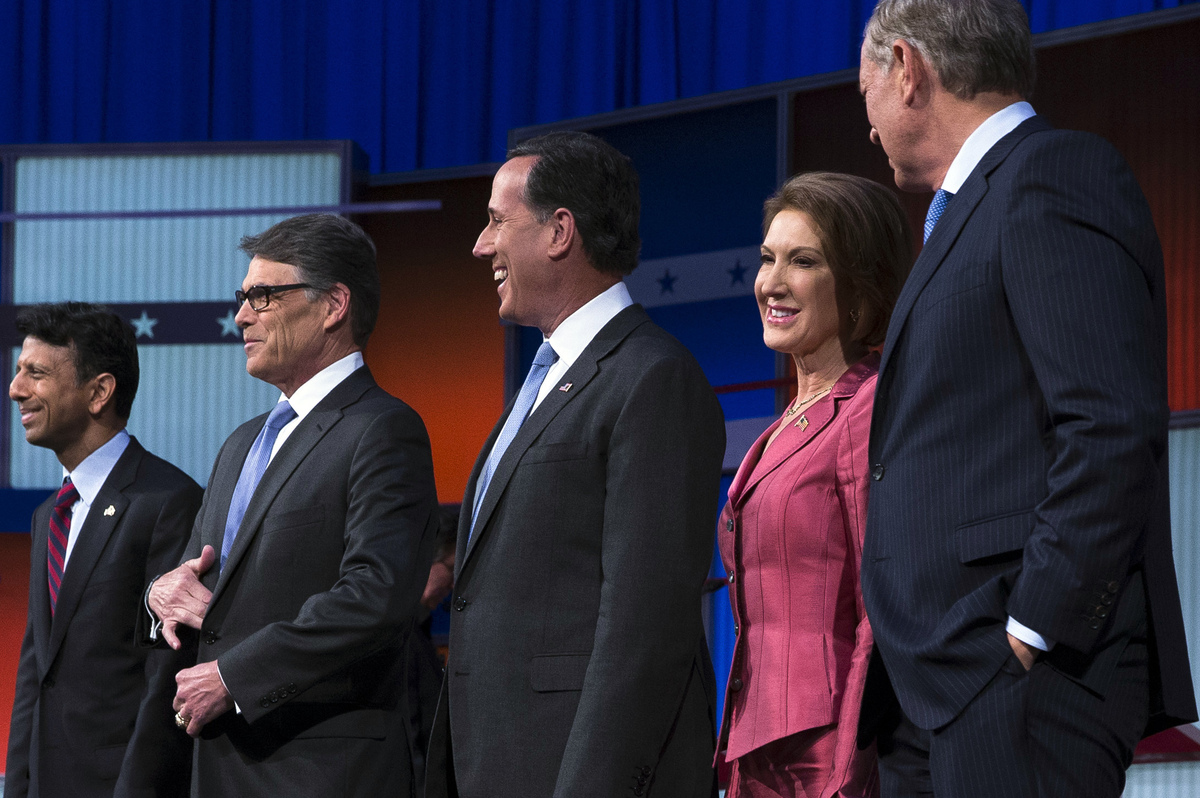 Here's a riddle: Two senators and two governors walk into a presidential library. Where are they seated once they arrive?

Answer: The kids' table. Well, the kids' table DEBATE. That's what a lot of people have taken to calling the second-tier Republican presidential debates, those held for GOP contenders who haven't cracked the Top 10 in polls.

When asked how long he'd stay in the campaign at the bottom tier, Pataki told NPR last weekend, "I'm very optimistic. You know when I ran for governor the first time, I had zero chance, and I ended up winning. And I'm confident as I get heard by the American people, I'll have an excellent chance to win this race."

Whether Pataki wins or not, he has a point: He will most likely be heard by a lot of American people. The last "kids table" GOP debate on Fox News averaged about 6 million viewers. And after that debate, Carly Fiorina — a kids' table-er herself — moved up in the polls and into the primetime debate.

Even though these candidates are all polling at the lowest levels, they really think that they'd make good presidents and that they can offer policy solutions for the American people, said James Thurber who directs the Center for Congressional and Presidential Studies at American University.

They also have an insatiable ego in my opinion, and they need to be affirmed externally, so they don't look at the reality of the situation.

But, even if they know in their heart of hearts that they might not win, Thurber says, they still get something from just being in any debate, with all the lights and cameras.

"They also have an insatiable ego in my opinion, and they need to be affirmed externally, so they don't look at the reality of the situation," Thurber told NPR. "They're there, they're out front, and they're affirmed."

Thurber also said there's a financial upside of being a presidential candidate — even if you lose, and do it from the JV squad.

"It's not only a platform for higher office, but it's also a way to become visible," Thurber said. "They get invitations for speeches. A second-tier candidate can make more money, and most of them are saying why not?"

Besides higher speaking fees, former candidates can look forward to cable news contracts — maybe even a book deal. So, if you don't get the job of president, you can still find work.

Of course, these second-tier candidates argue, they aren't really SECOND tier at all. John Brabender, Rick Santorum's top strategist, said the division for the first and second tier debates isn't fair, considering that many candidates who made the primetime debate, are still polling in the low single digits.

"The fact that you can have somebody who is at 2 percent nationally not in [the primetime debate] but we're saying, 'yeah, if you're at 3 percent nationally, come on in,' seems absurd to me," he said. "What we're saying to some degree is, let's let these early poll numbers dictate the debates when I think the debates should dictate the poll numbers."

Kids at all the tables. Who wouldn't like that?