Accessibility links
Bernie Sanders Live Tweets GOP Debate, Gets Bored, Goes Home Early : It's All Politics The Vermont senator again was commenting live on Twitter about the GOP debate. He got tens of thousands of retweets — until he decided about half an hour before the end of the debate to just go home. 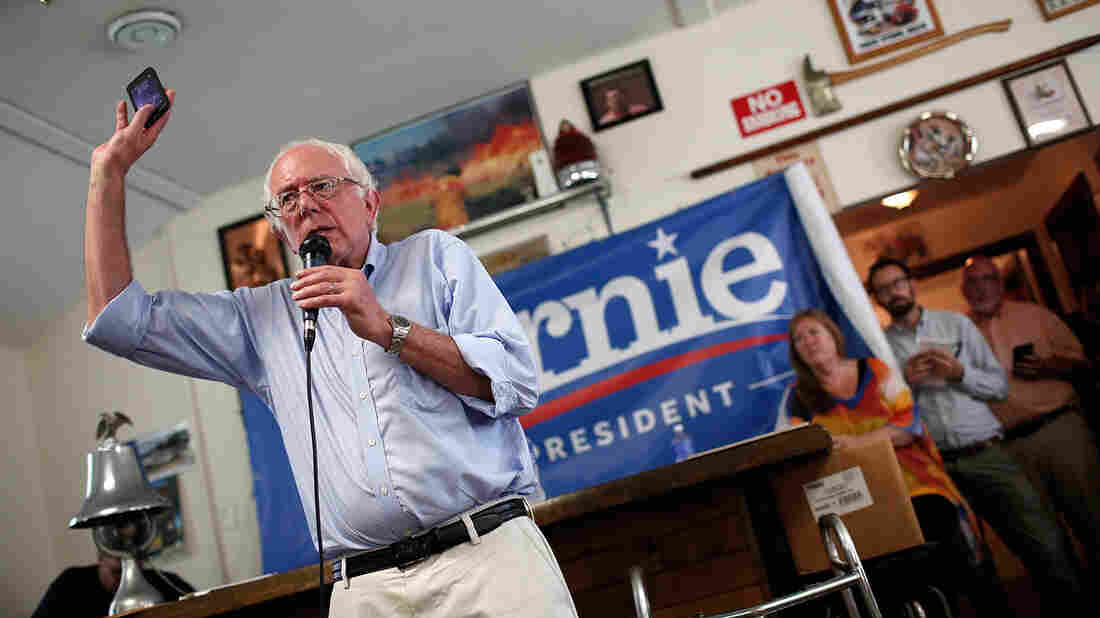 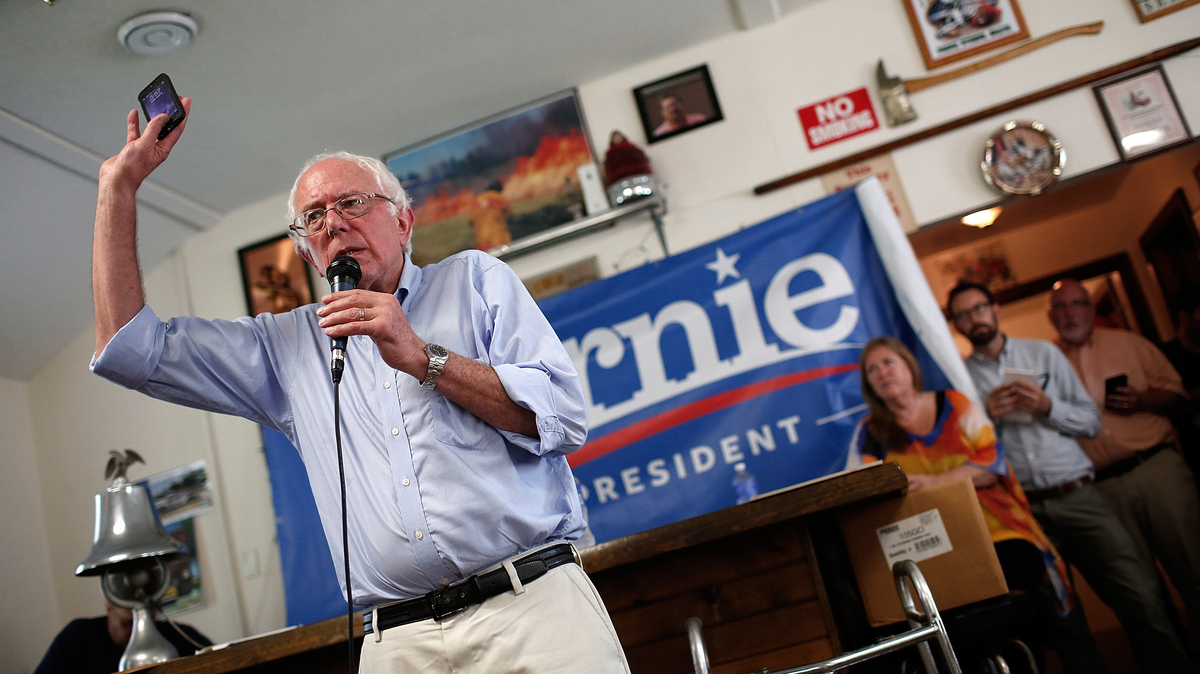 Like no doubt millions of Americans, Bernie Sanders tuned in to the Republican debate on CNN. But the Vermont independent who is running for the Democratic nomination for president didn't stop there.

The septuagenarian senator live tweeted the debate, with help from his 24-year-old digital director. That is, until just shy of 10:30 p.m., when he called it quits.

Does anyone know... when will this debate finally end? #DebateWithBernie

Thank you all. I've had it. I'm going home. Talk to you soon. #DebateWithBernie

It all seemed to be a hit with his fans. His tweets got tens of thousands of retweets and favorites. According to Twitter, Sanders had two of the three most retweeted candidate posts of the night, exceeded only by Jeb Bush's "Sorry Mom" tweet in reference to youthful smoking of marijuana. This is similar to the last debate where a Sanders quip was the most retweeted.

Other candidates had teams of staff doing rapid response, but Sanders was his own rapid-response unit. Sanders spokesman Michael Briggs said the candidate offered quips and observations while watching the debate. Kenneth Pennington, the campaign's digital director, sat next to Sanders on a sofa, typing and tweeting the senator's often-sarcastic thoughts on a laptop.

In no particular order, here are the top 10 #DebateWithBernie tweets:

Before the debate began, Sanders asked in a tweet whether the candidates would discuss "serious issues," and he spent much of the debate wondering when they would get to the issues he considers most pressing.

Have you heard anyone use the word "poverty" yet? 47.7 million Americans living in poverty. No discussion. #DebateWithBernie

Trump. What a pleasant and humble person. Can't stop saying kind and generous things about his fellow Republicans. #DebateWithBernie

The debate was held at the Reagan Library, and the 40th president was invoked frequently, which gave Sanders an idea.

Okay. Let's vote for Reagan. Sounds better than any of these guys. #DebateWithBernie #GOPDebate

The GOP candidates were largely in agreement on Planned Parenthood. (They think it should lose its federal funding). Sanders doesn't agree.

Does anyone on that stage believe the women of this country have the right to control their own bodies? Anyone? #DebateWithBernie

Trump: "I will take care of women." Really? What about respecting the right of women to control their own bodies? #DebateWithBernie

Rich get richer. Everyone else gets poorer. And all these guys can talk about is war and defunding Planned Parenthood. #DebateWithBernie

Sanders got impatient with the focus on war.

Can these guys talk about anything other than their desire to go to war? #DebateWithBernie

War, war, war. When do we get to their other major priority: tax breaks for billionaires? #DebateWithBernie

But Sanders tuned out too soon. Debate moderator Jake Tapper, citing questions coming in from social media, asked the candidates about climate change.