Accessibility links
#MemeOfTheWeek: John Boehner Cries, The Internet Laughs : It's All Politics John Boehner isn't new to crying. But this week, with some help from the pontiff, we may have reached peak #BoehnerTears. 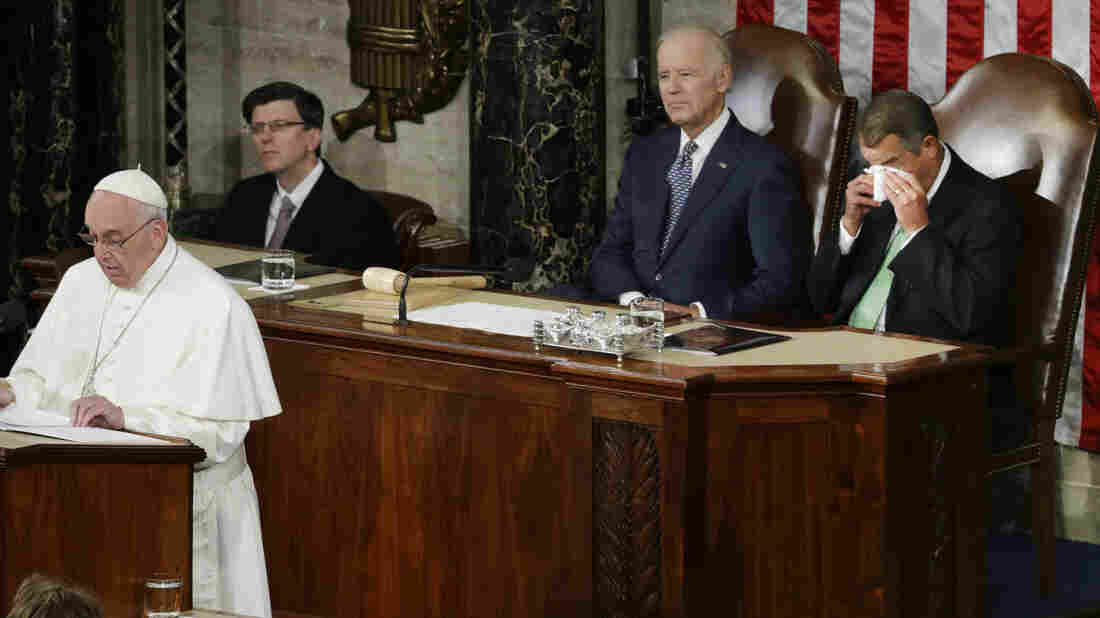 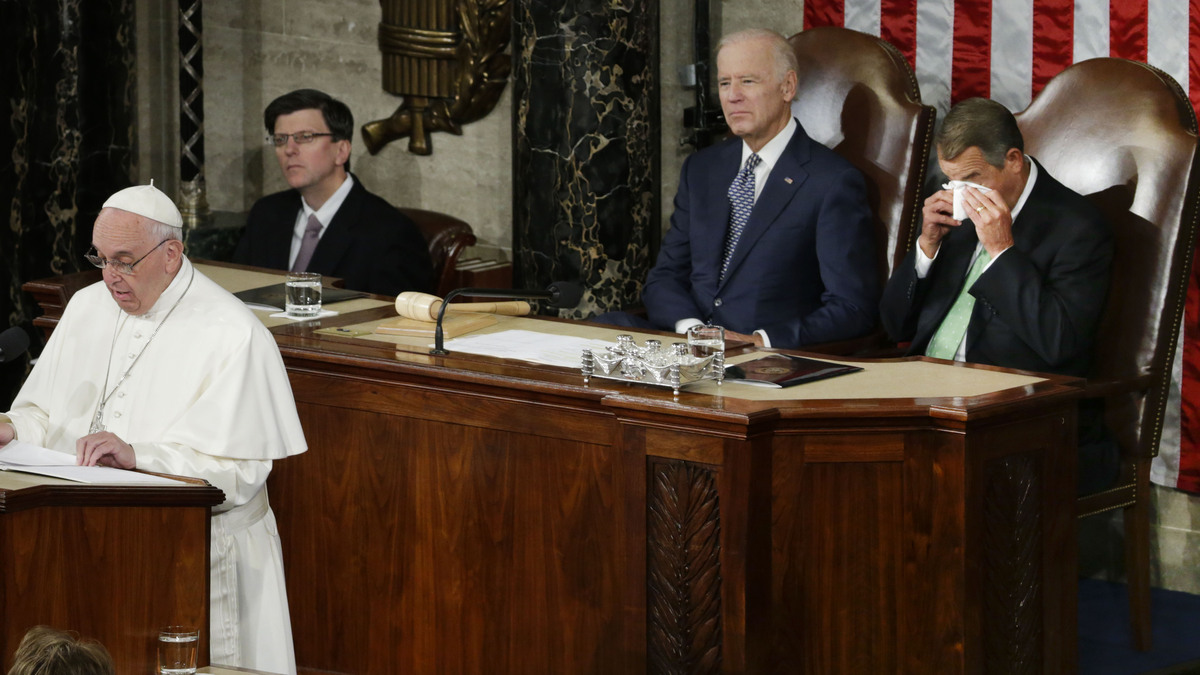 House Speaker John Boehner wipes his eyes as he listens to Pope Francis address a joint meeting of Congress Thursday.

This week, (soon to be former) Speaker of the House Boehner's tear ducts stole the show yet again, definitely upstaging the Pope's little black Fiat and newly-named baby panda Bei Bei to become our #MemeOfTheWeek.

Well, Pope Francis made a visit to the U.S. this week, and on Thursday, John Boehner arranged for him to make an address before a joint meeting of Congress. Boehner (a devout Catholic), didn't disappoint with the tears. And a lot of the Internet thought it was funny.

Every time Boehner cries, a RINO gets their wings.

John Boehner is probably the only person who cries as much as me and I wonder if we should be friends?

Even Evita/Madonna got involved (turn the sound on for this one):

The tears even extended through Friday, when the speaker abruptly announced his resignation:

Chances of Boehner crying at this presser: 196%.

Of course, there's a history of Boehner crying. According to Politico, he's done it "during a tribute to golf legend Arnold Palmer, while listening to Irish music on St. Patrick's Day (Boehner is of German ancestry) and while singing "America the Beautiful," among other occasions." Of course he cried when he became Speaker of the House. NBC Philadelphia says Boehner's choked up at an unveiling of a Rosa Parks statue, during an event honoring the painter Constantino Brumidi.

But not everyone thought mocking Boehner for expressing his emotions was the right thing to do:

Do I really need to point out that mocking Boehner's crying is rooted in patriarchal misogynist narratives about acceptable emotionality?

But, in the end, even Boehner was kind of in on the joke:

Of course; everyone knows it doesn’t take an act of God. https://t.co/W730ftzEsp

So hats off to you this week, Mr. Speaker. You got the Pope to the Capitol, you're about to get a lot more time to golf, you won the #MemeOfTheWeek, and you were a good sport about it all.