Accessibility links
Ted Cruz Had A Great Weekend. Now It's Over : It's All Politics Cruz celebrated the resignation of House Speaker John Boehner and a win in the Values Voter Summit straw poll. But neither victory will last long.

Ted Cruz Had A Great Weekend. Now It's Over

Ted Cruz Had A Great Weekend. Now It's Over 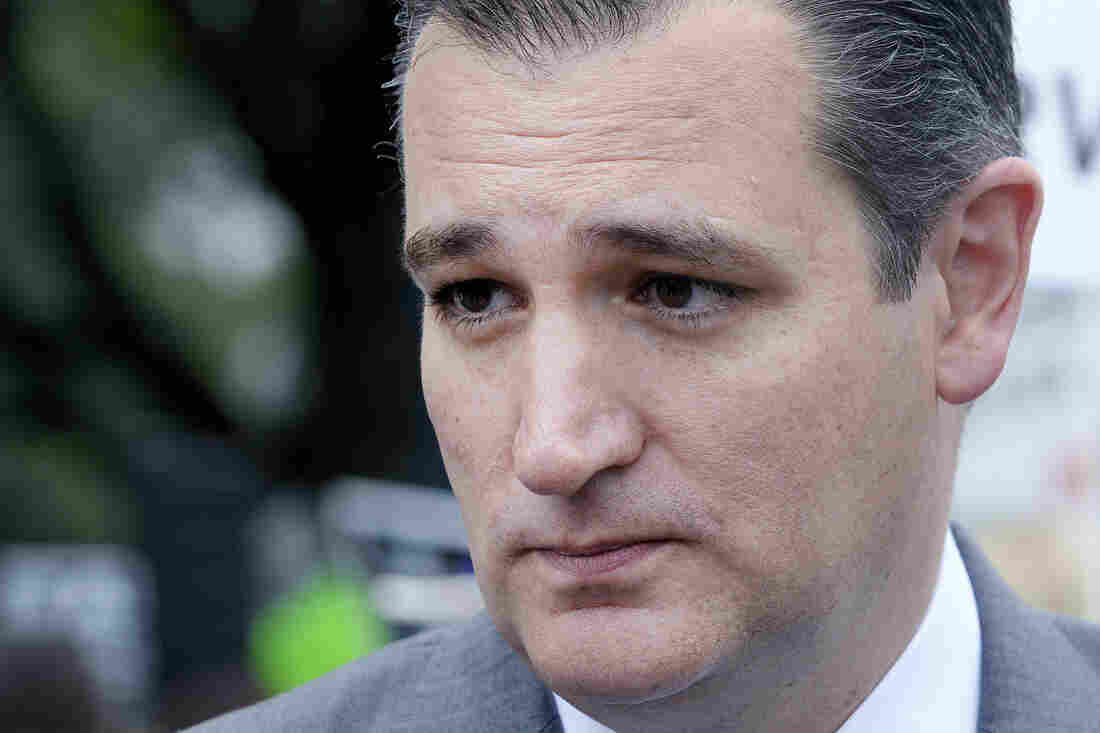 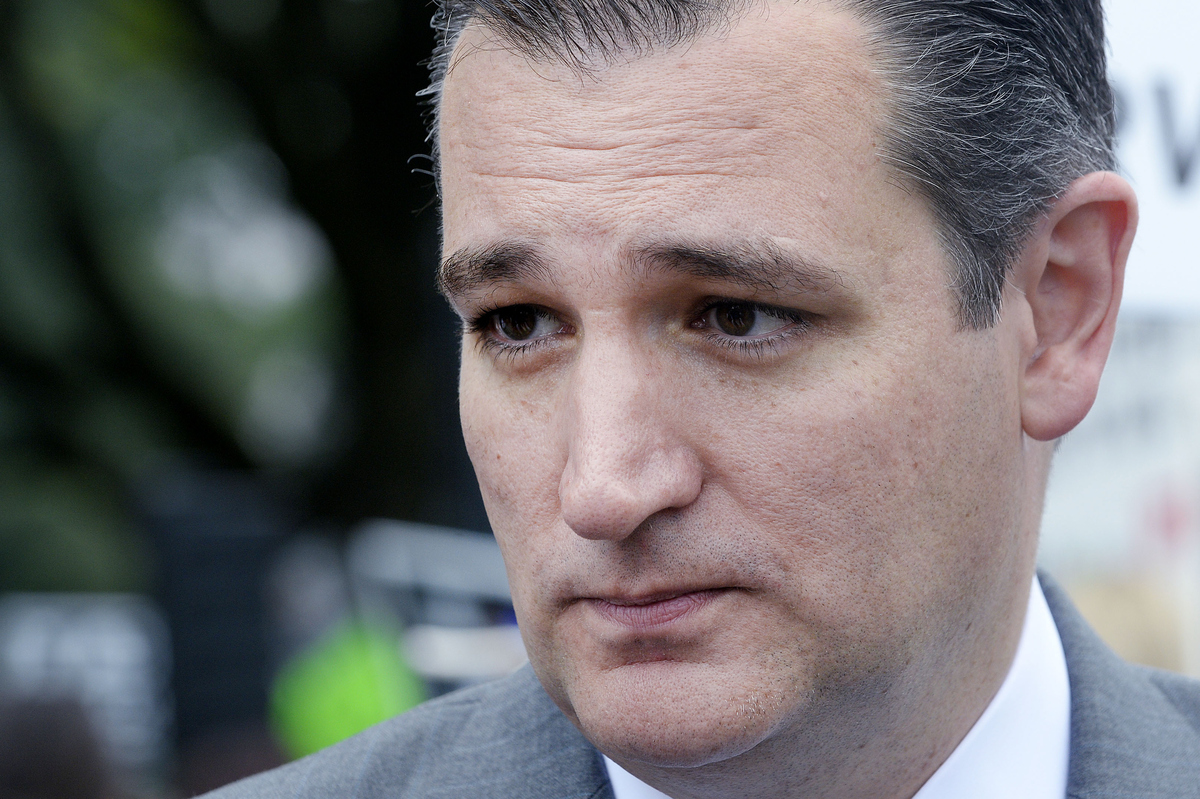 Sen. Ted Cruz, R-Tx., at a July 28 rally opposing federal funding for Planned Parenthood in front of the U.S. Capitol. This week, outgoing House Speaker John Boehner could deliver Cruz a defeat in that battle.

It started Friday morning. Just about an hour before Ted Cruz addressed religious conservatives gathered for the annual Values Voter Summit in Washington, House Speaker John Boehner — one of the renegade Texas senator's nemeses in the Washington establishment — called it quits.

And Cruz was nimble, adjusting his speech to give the activists he was speaking to credit:

Ted Cruz knows how to work this room. His supporters were out in force with T-shirts and buttons, building on the great reception of his speech.

Another winner at the summit was Kim Davis, the Rowan County, Kentucky, clerk who was jailed for blocking same-sex marriages in her jurisdiction. She was given the "Cost of Discipleship" award on Friday night.

When Kim Davis was released from jail last month, Cruz was there. But it was former Arkansas Gov. Mike Huckabee who was with her on stage. Cruz was left on the sidelines.

Cruz could feel a little vindication this weekend, as Huckabee came in third in the straw poll.

The reality is that winning the Values Voter straw poll has never led a candidate to the GOP nomination the following year — or even a victory in Iowa, with a strong base of evangelical voters.

Cruz sees the evangelical wing of the party as his best hope of staying in the fight. But it's not just Huckabee that he has to contend with. The same forces that are shaping the GOP race broadly are present among evangelicals.

Cruz pitches himself as an outsider, too. He's the guy who pledged to take on Washington, who hasn't assimilated into the "mushy middle" and is a huge thorn in the establishment's side. But Republican voters still prefer the candidates who have never held any kind of office.

That's why you've seen Cruz buddy up with Trump. They co-headlined a big rally earlier this month in front of the U.S. Capitol to oppose the Iran nuclear deal. Cruz is trying to position himself to inherit Trump supporters if their candidate falters. But even if that happens, they may stick with another true outsider.

Cruz's weekend of triumph at the Values Voter Summit began with Boehner's surprise resignation. But Boehner isn't gone yet; he'll be there when Cruz gets back to his day job on Capitol Hill this week for the big showdown over Planned Parenthood.

The threat of a government shutdown has loomed as Cruz and his allies pledge to hold the line on funding the government past Wednesday, unless federal funding for Planned Parenthood is zeroed out.

But the victory they see in Boehner's fall could spell defeat on this issue, which was sparked by a series of sting videos that enraged and energized conservatives.

That's because Boehner is liberated. After years of taking heat from the same members of the House who have pitched the battle against Planned Parenthood, he can defy them and not worry about any fallout.

That means Boehner can bring a bill to the floor this week that will keep the government open — including funds for Planned Parenthood — and keep his eye on that ride into the sunset next month.

It would be another loss for Cruz at the hands of the establishment. Another reason, he'll tell conservatives, to keep fighting. But at this point it still looks unlikely that Republicans will send him into the ring in 2016.