Accessibility links
What Edward Snowden On Twitter Could Mean For The Presidential Race : It's All Politics The former NSA contractor was up to more than 600,000 followers hours after joining Twitter. His presence on the social-media platform could mean domestic surveillance makes a campaign comeback. 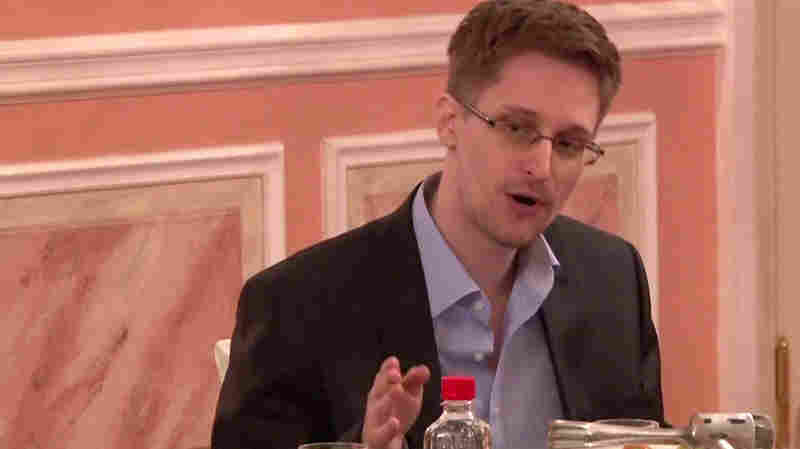 In a frame grab made from AFPTV footage, Edward Snowden speaks from an unidentified location in October 2013. AFP/Getty Images hide caption 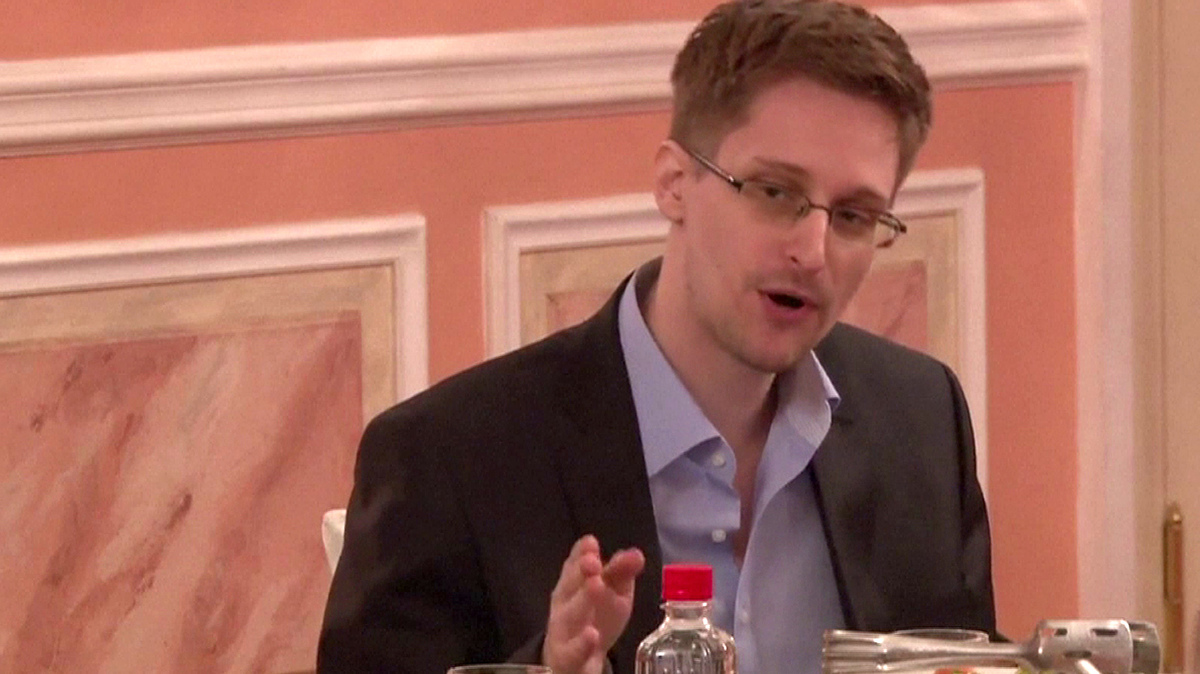 In a frame grab made from AFPTV footage, Edward Snowden speaks from an unidentified location in October 2013.

Twitter's newest high-profile user just might push the issue of domestic surveillance back into the presidential campaign's conversation.

Edward Snowden sent his first-ever tweet at noon on Tuesday, asking, "Can you hear me now?"

One Republican candidate clearly did. Within the hour, former New York Gov. George Pataki had retweeted the NSA whistleblower, calling him "a traitor who put American lives at risk."

Some say you have courage, I saw real courage on #Sept11 You are just a traitor who put American lives at risk. https://t.co/RRWtmMzyxE

It could have just been an attempt to generate buzz by Pataki, who is struggling for traction in the polls. A new study by George Washington University's Graduate School of Political Management and Zignal Labs found that Pataki commanded just 0.2 percent of social media's political conversation this summer.

But it's already clear that Twitter will provide Snowden an enormous platform, should he decide to wade into the campaign's policy debates from Moscow. Within four hours of his first tweet, Snowden had amassed 400,000 followers.

Snowden's revelations about the National Security Agency's vast web of domestic surveillance made international headlines in 2013. But until now, the issue has largely been dormant in the presidential campaign.

"It seems to me that domestic surveillance has totally fallen off the radar," said Stephen Vladeck, an American University law professor who edits a national security blog called Just Security. "I find that both disappointing and surprising."

Vladeck said increased attention on the fight against ISIS is partially to blame, as Republican candidates have focused on out-flanking each other, when it comes to aggressive foreign policy platforms.

Vladeck recently posted six potential debate questions about national security issues, including what candidates would plan on doing when a key portion of the USA Freedom Act expires in 2017.

But, as much as Vladeck is hoping for a high-profile debate about domestic surveillance, he doesn't think Edward Snowden's Twitter account is the thing to kick-start it. "Snowden started this conversation. I don't think he's the best conduit for this conversation."

"Too many folks have too strong of feelings about him personally," he added. "I think he's an important figure, but I don't think this conversation is going to be led by him."

Regardless, the Twitter community took notice. Here's a Twitter-produced gif of where in the world people responded to or tweeted about Snowden's new account:

And it appears that Snowden will be bringing a sense of humor to the social media platform. So far he's only following one account: the NSA's.