Accessibility links
Next Republican Debate Could Be Bad News For Paul, Graham : It's All Politics Sen. Rand Paul, R-Ky., is close to not making the main-stage for the Oct. 28 CNBC debate. Sen. Lindsey Graham, R-S.C., may not even make the undercard debate, which could feature just three people.

Next Republican Debate Could Be Bad News For Paul, Graham

Next Republican Debate Could Be Bad News For Paul, Graham 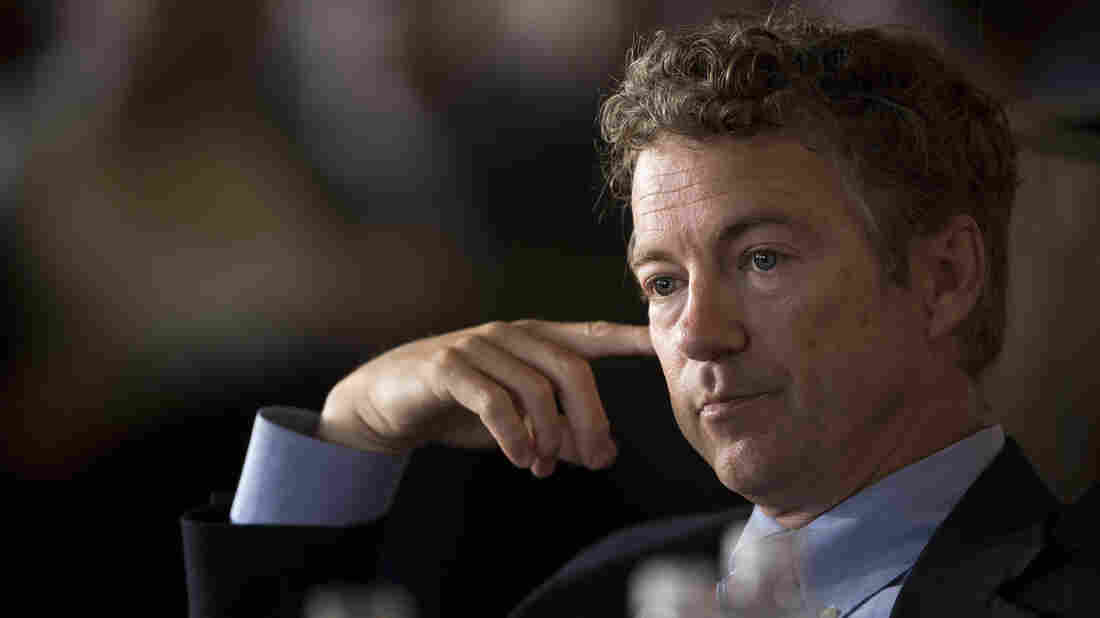 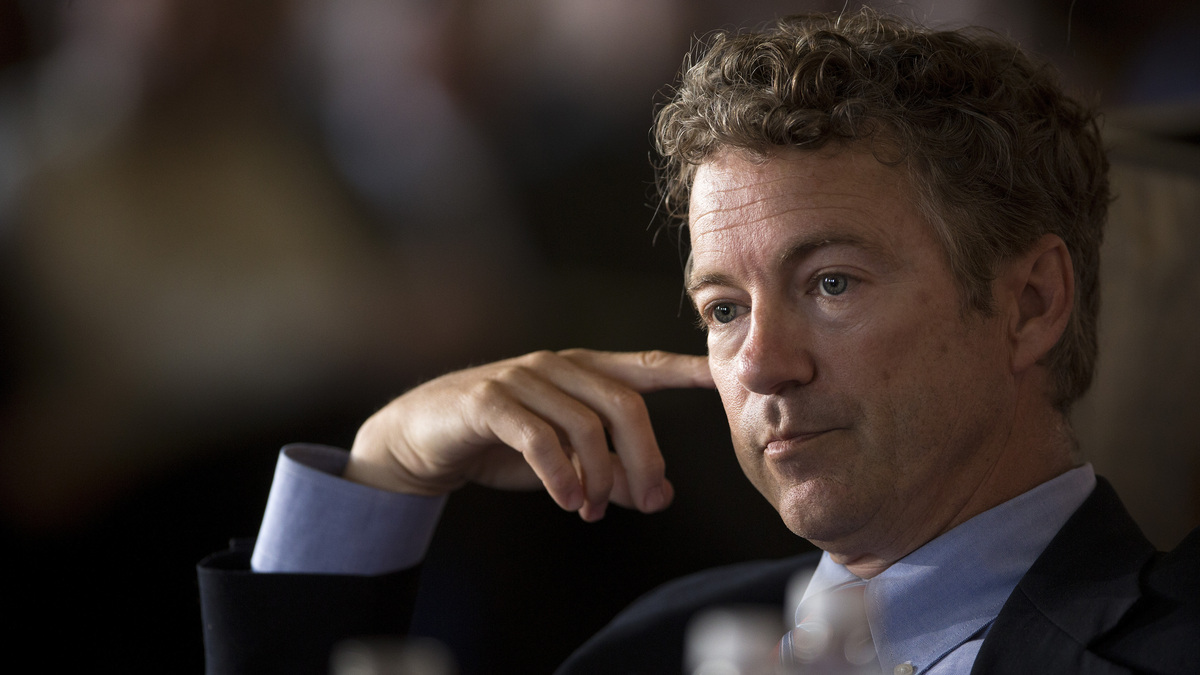 Kentucky Sen. Rand Paul's national polling numbers could cause him to miss the main stage at next month's CNBC GOP presidential debate.

Kentucky Sen. Rand Paul could be on the chopping block and South Carolina Sen. Lindsey Graham may not even make the undercard debate under criteria released Wednesday by CNBC ahead of its Oct. 28 GOP presidential debate.

The rules would limit the prime-time debate to any candidates polling above 3 percent. That's of an average of national polls released between Sept. 17 and Oct. 21. Surveys from NBC, ABC, CBS, Fox News, CNN and Bloomberg will be used to make the determination.

To quality for the undercard debate, candidates must pull in at least 1 percent support in any of those polls during that time.

But it's Paul who comes dangerously close to being left out of the main stage entirely. He currently averages 2.75 percent in the four most recent polls that will be included. CNBC says that any number 2.5 percent and above will be rounded up to 3 percent, but more sagging poll numbers and Paul could be demoted.

The new rules also mean that the undercard debate could be even smaller than it was earlier this month, when just four candidates faced off. Louisiana Gov. Bobby Jindal, former Pennsylvania Sen. Rick Santorum and former New York Gov. George Pataki all have at least one percent in one of the surveys so far, so they can make the stage. But Graham has yet to register even one percent in any of the polls. Former Virginia Gov. Jim Gilmore, who didn't make the stage last time because of the same requirements, would also be left off.

All in all, the CNBC criteria mean there could well be a lopsided debate stage again. In this month's CNN debate, 11 candidates made the main stage while just four qualified for the undercard debate. After a disappointing performance in the prime-time debate, Wisconsin Gov. Scott Walker dropped out last week.

If the two debates are split 10 to three, expect there to still be gnashing among top Republicans that main stage is still too crowded. In the previous two times, the outsize number of candidates has made it hard for many contenders to break through, with much of the time dedicated to skirmishes between Trump, the moderators and other candidates.

But there's three weeks before the debate field will be set in stone, and there are several other developments that could occur during that time span.

The second quarter Federal Election Commission fundraising deadline is Wednesday night and all campaigns will be required to report their numbers by Oct. 15. If the money has dried up for many, it could be the death knell for their White House hopes. How those numbers are perceived could also impact their polling numbers, too.

The debate, which will focus on the economy and jobs, will be moderated by CNBC anchors John Harwood, Carl Quintanilla and Becky Quick. Harwood will also moderate the undercard debate — but if the field starts to shrink even more, that event could also be on the chopping block.