Accessibility links
Investigating Clinton Email Server, FBI Says It Doesn't 'Give A Rip About Politics' : It's All Politics The agency's director, James Comey, said Thursday that he is closely monitoring the investigation. He also made unusually passionate remarks about violent crime in America.

Investigating Clinton Email Server, FBI Says It Doesn't 'Give A Rip About Politics'

Investigating Clinton Email Server, FBI Says It Doesn't 'Give A Rip About Politics' 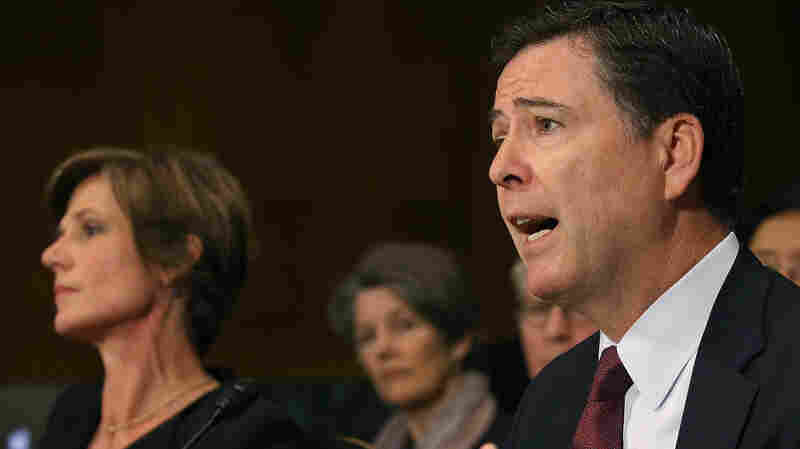 FBI Director James Comey gave unusually passionate remarks about violent crime Thursday, saying "a whole lot of people are dying, and ... they are overwhelmingly young men of color. And we gotta care about that." Mark Wilson/Getty Images hide caption 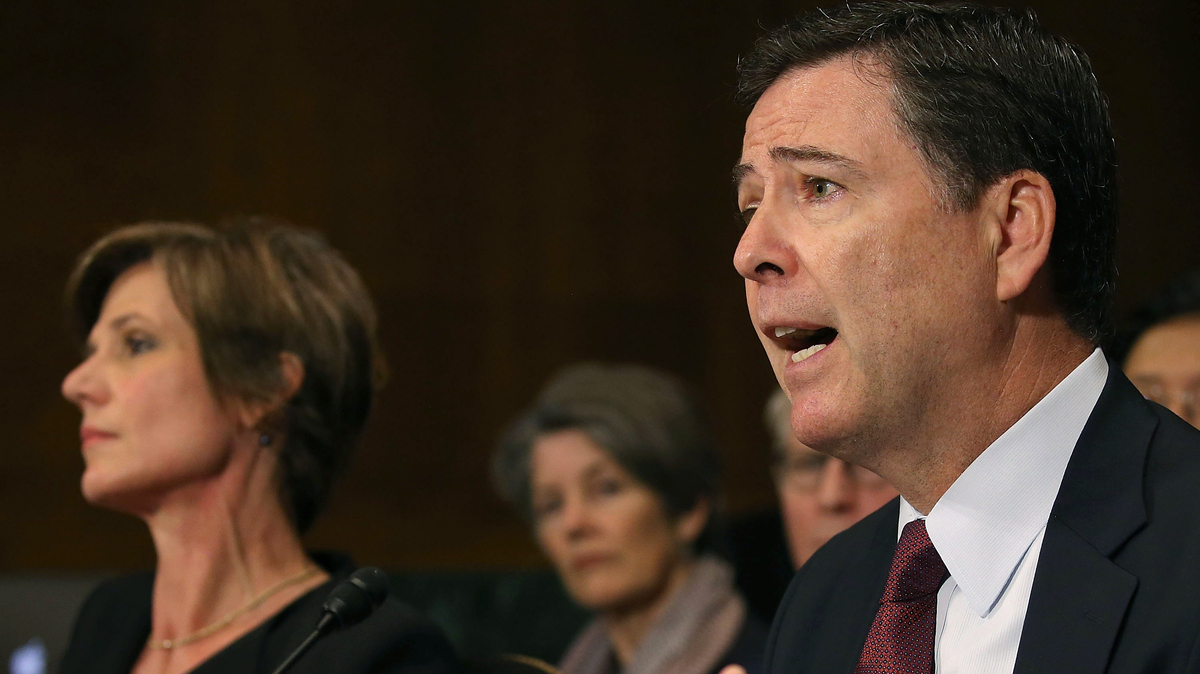 FBI Director James Comey gave unusually passionate remarks about violent crime Thursday, saying "a whole lot of people are dying, and ... they are overwhelmingly young men of color. And we gotta care about that."

FBI Director James Comey said he is closely monitoring the investigation into the possible compromise of security information on Hillary Clinton's email server, but he declined to offer details about the politically sensitive matter.

In a regular pen-and-pad briefing with reporters in Washington, Comey said he had recently informed lawmakers the bureau's work would be "professional, prompt and independent." Comey pointed out that he serves a 10-year term in part to insulate the FBI from political considerations, including an inquiry that touches on a Democratic presidential candidate.

"If you know my folks, you know they don't give a rip about politics," he added. "Part of doing our work well is to make sure we don't talk about it."

Sources familiar with the inquiry have told NPR Clinton is not a target of the FBI investigation, which may extend for months.

Comey also said the bureau continues to follow "a small but steady draw of people traveling to Syria" to fight alongside the Islamic State, with more young people and women making the journey. But he said the FBI for now has enough resources in its counterterrorism unit to track the threat and monitor the people who have gone overseas and then returned to the United States.

And in unusually passionate remarks, the FBI director said he was "very concerned about what's going on now with violent crime and murder rates across the country," in cities as disparate as Omaha and Milwaukee. Newly released federal data suggest a slight dip in violence across the nation in 2014. But Comey said those numbers may not be capturing what's happening on the ground today. He's been hearing similar concerns from police chiefs, he said.

"All of us need to figure out what is going on here," Comey said. "A whole lot of people are dying, and according to the chiefs, they are overwhelmingly young men of color. And we gotta care about that."

As a former federal prosecutor in New York in the 1980s, Comey said, he once inured himself to 2,000 homicides in that city every year. Now, in New York and in many other cities, homicides are at near-record lows. But local and federal law enforcement officers, from the FBI director and the attorney general on down, are watching for trouble spots.

Comey said a lot of that violence happens in places that get overlooked: "It's a problem most Americans can just drive around."

That, he said, made it all the more important for officials to shine a light on the issue.