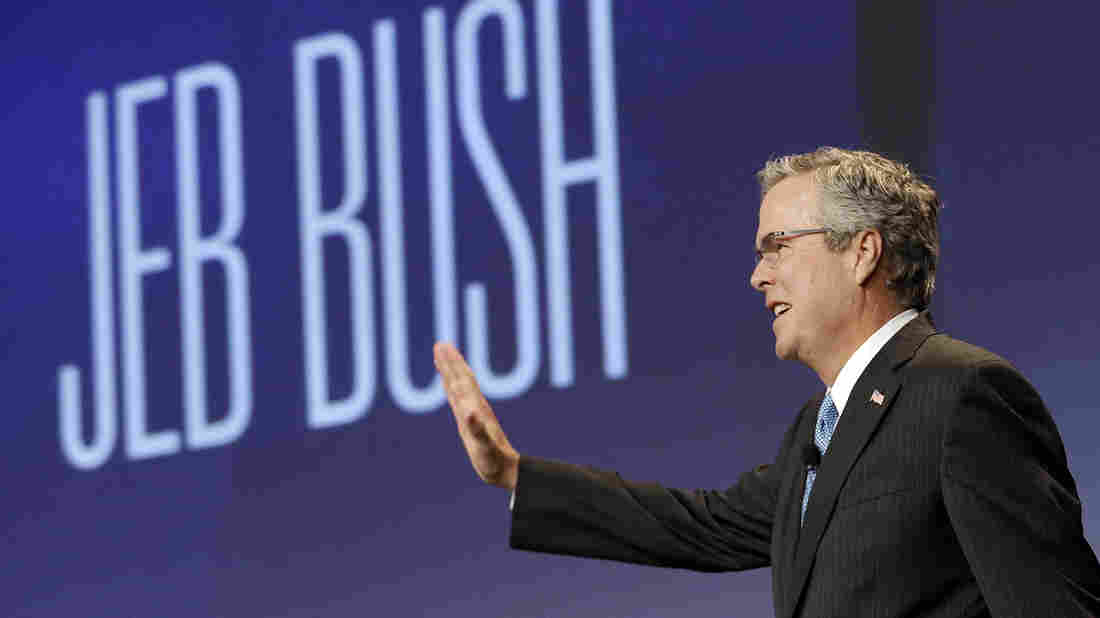 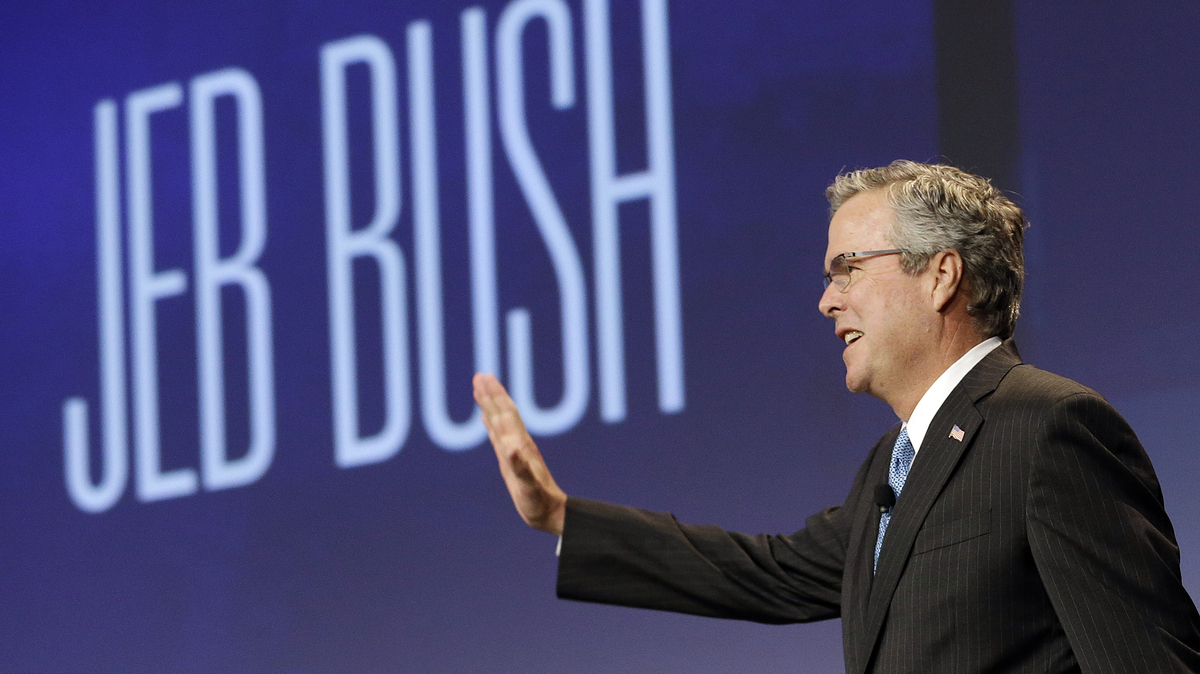 Former Florida Gov. Jeb Bush acknowledges the crowd while being introduced before speaking at the National Automobile Dealers Association convention in San Francisco in January.

Jeb Bush sparked controversy yet again with his word choice on the campaign trail Friday.

When asked about Thursday's shooting at an Oregon community college, the former Florida governor argued for caution against more gun control as an instant reaction, saying that "stuff happens, there's always a crisis" you have to respond to when in leadership.

"I had this challenge as governor," Bush said of the way government should respond after such incidents. "Look, stuff happens, there's always a crisis. And the impulse is always to do something, and it's not necessarily the right thing to do."

Bush wasn't flippant in discussing the tragedy on Thursday, earlier calling it "heartbreaking." But when asked about the appropriate response to these types of incidents, Bush cautioned that "more government" wasn't "necessarily the answer."

The "stuff happens" part of his remark is what many on Twitter and Democratic opponents immediately zeroed in on.

And in the full context, Bush isn't dismissive of the shooting in Roseburg, Ore., that killed nine people.

President Obama was asked about Bush's remarks at his Friday afternoon news conference. He responded, "I think the American people should hear that and make their own judgments based on the fact that every couple of months we have a mass shooting. And they can decide whether they consider that 'stuff happening.' "

Bush spokeswoman Allie Bradenburger criticized the furor, calling it "sad and beyond craven that liberal Democrats, aided and abetted by some in the national media, would dishonestly take Governor Bush's comments out of context in a cheap attempt to advance their political agenda in the wake of a tragedy."

But it's another statement — and one that Bush didn't back down from speaking with media after the event — that the Republican is left having to explain as his poll numbers slip. And there have been others.

"Our message is one of hope and aspiration," Bush said. "It isn't one of division and get in line and we'll take care of you with free stuff. Our message is one that is uplifting — that says you can achieve earned success."

But the remark echoed one Mitt Romney made on the campaign trail in 2012, saying that if people "want more stuff from government tell them to go vote for the other guy — more free stuff."

Here are some of his other controversial comments:

While one single comment or gaffe hasn't been responsible for Bush's tumble in the polls, many Republicans have said the inartful comments over several months suggest rust on the part of the former governor — who hadn't run for office since 2002, well before the age of social media and instant reporting.

So no, Bush wasn't callously dismissing this week's tragic shooting in Oregon by any means. But word choice is important for any candidate — especially for Bush, given the way he needs to shake the image of George W. Bush's presidency. And continued comments he is left explaining aren't good news for his own White House hopes.