Accessibility links
Supreme Court To Lawyers: Hold Your Own Place In Line : It's All Politics Rich lobbyists, lawyers and contractors will no longer be able to pay someone to hold a place in line to get a much-in-demand seat at a Supreme Court argument or a congressional hearing. 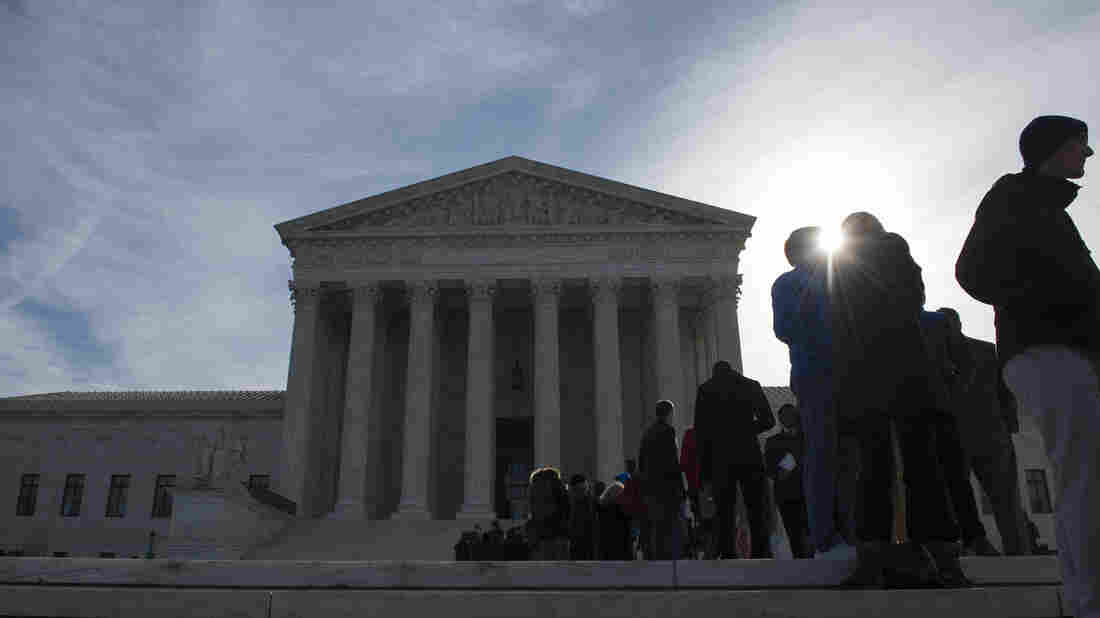 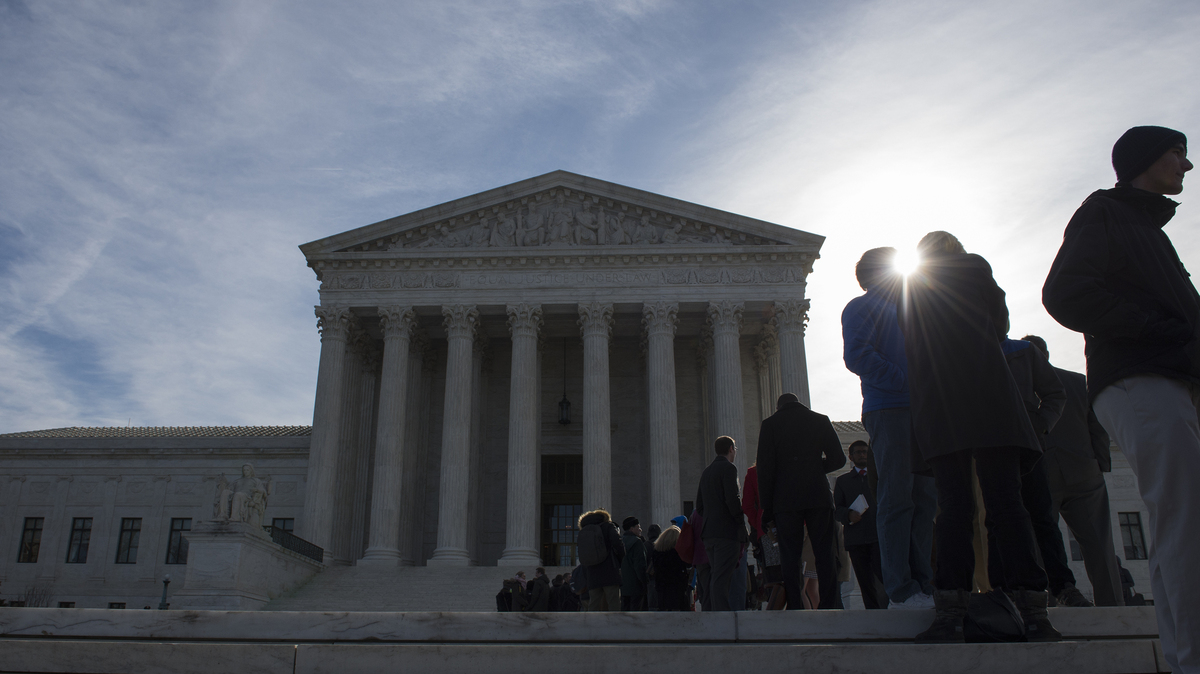 One of the more unattractive aspects of Washington life is the growth industry called line sitting. That is, rich lobbyists, lawyers and contractors pay someone to hold a place in line so the payer can get a much-in-demand seat at a Supreme Court argument or a congressional hearing. Now the U.S. Supreme Court has quietly struck one small blow for equality on that front. It has amended its rules to require that there are no sitters on the special line reserved for members of the Supreme Court bar.

Being a member of the High Court bar sounds more glamorous than it is. Basically, you just have to be a lawyer in good standing for three years and pay a $200 fee. But there are a few privileges, and one of them is that members of the Supreme Court bar stand in a separate, and much shorter, admission line than the general public. On those days when seats for a Supreme Court argument are the hottest tickets in town, that really pays off.

For the biggest cases though, even that separate line can be a long one. This year, for the same-sex marriage argument, some lawyers camped out overnight, instead of lining up at the usual 6 a.m. to ensure admittance. And some paid to have others camp out overnight for them. Indeed, there are actual line sitting businesses in Washington.

Most of the line sitting, however, occurs on the public line, which typically is far longer than the so-called "lawyer line" on big days. Slate reported a couple of years ago that it cost $6,000 to guarantee admittance through the public line at an earlier same-sex marriage argument.

This apparently has not gone unnoticed by the justices, and this week the court issued a new rule banning the practice of line sitting, but only for the bar line. Not for the public line.

Still, the court's website tries to discourage the line-sitting practice for the public, too. "Please do not hold a space in ... line for others who have not yet arrived," it says.

True, that polite request is routinely ignored. But the new language for the lawyers line is not a request. It's a rule, and presumably those who ignore it, do so at their peril.