Accessibility links
Attorney General Lynch: 'Out Of Tension Comes Opportunity' : It's All Politics When she visited Baltimore amid unrest, Lynch said, she heard the same thing from police and young people — that they love their city and want to make it better. 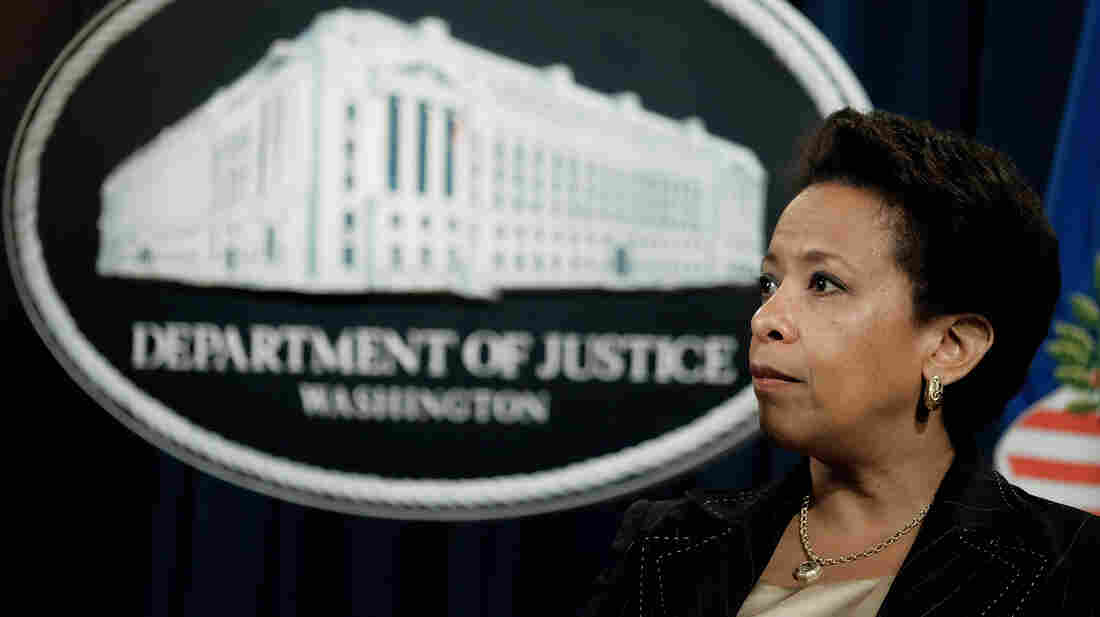 "I think that if anyone is living in a place where they don't feel safe, they're going to have tension, whether that's a community member or a member of law enforcement," Attorney General Loretta Lynch told NPR. T.J. Kirkpatrick/Getty Images hide caption 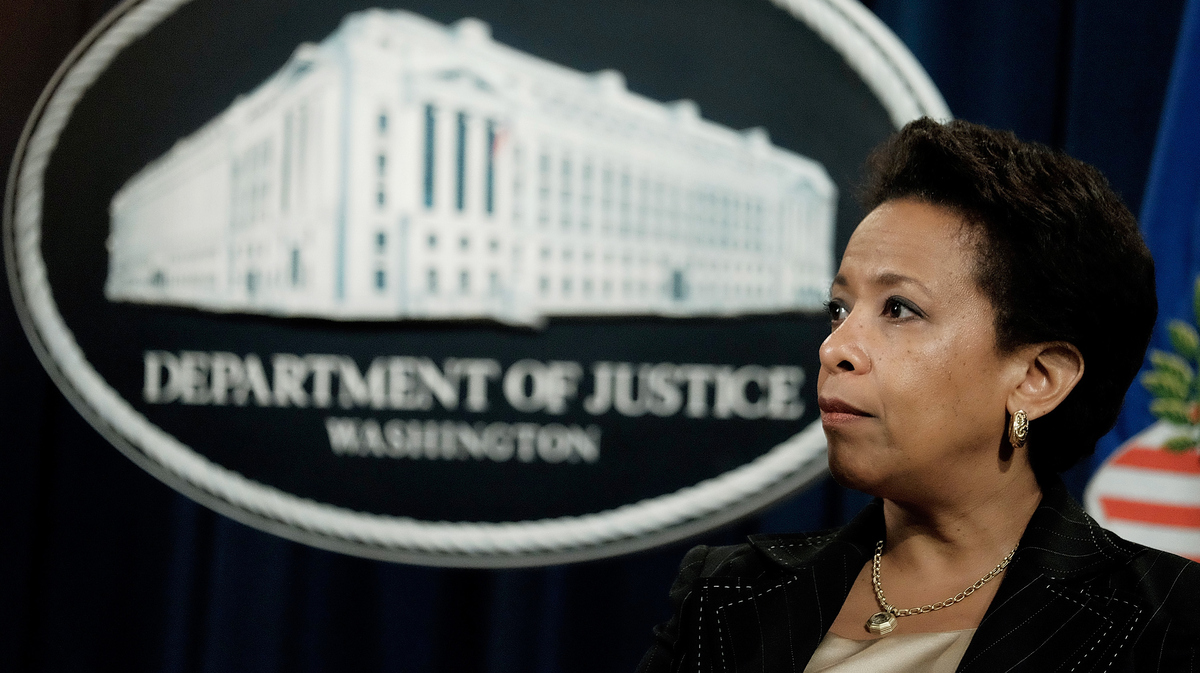 "I think that if anyone is living in a place where they don't feel safe, they're going to have tension, whether that's a community member or a member of law enforcement," Attorney General Loretta Lynch told NPR.

For the past few years, crime has been mostly a good news story — the crime rate remains near record lows. But several major U.S. cities have been experiencing a rise in homicides and other violence this year.

Now, the Justice Department is bringing together police and prosecutors to figure out what's going on, and how the federal government can help.

Attorney General Loretta Lynch sat down with NPR's Carrie Johnson ahead of her agency's Violent Crime Summit this week, which Lynch says will allow local officials "to talk about what they're seeing in their communities" and learn from situations where violent crime has gone down.

Lynch also discussed tension between police and their communities, an issue that has been on her plate since she took office. She visited Baltimore in May, shortly after she took office, amid unrest in in the city over the death of Freddie Gray. Her department, she said, is trying to provide an opportunity for conversation. She said in talking with police officers, young people and elected officials, she heard commonalities — all of them talked about loving their city and wanting to make it better. "When people are saying that kind of common element," Lynch said, "they can do it."

Tune in to NPR's Morning Edition on Wednesday to hear part of this interview.

On causes of violent crime

Every city's different; every city presents different issues. Sometimes there might be a meth problem or an opioid issue. Sometimes the issue might arise from gang violence. Sadly, domestic violence is a concern for us as well. ... The causes of what we're seeing are so varied. And we're still looking to determine frankly what are we fully seeing. We don't have all the data in from 2015. So we don't know yet whether this is a long-term, sustained problem or things that happened over the summer or that may in fact be limited to an episodic issue in a particular city. But we hope to get that info from our colleagues with whom we'll be meeting [Wednesday].

On whether police are holding back after Ferguson

What we're seeing is that police departments are more challenged than ever, particularly in times of limited municipal resources. So one of the issues we're seeing that may be a factor here, frankly may be where we don't have sufficient police resources on the ground. ... Our cops office provides resources and grants that can aid in literally hiring and bringing on board additional officers as well as providing training for the officers on the ground. But there's really no one root cause of this. What we've seen, frankly, is a lot of dedication, a lot of hard work from not just police but from the elected officials, from the community members; everyone in the jurisdiction that has seen any type of violent crime increase is looking at it from the perspective of how can they best protect that community?

As I look out at all of our communities, we want all of our children to have equal opportunities; we want them all to feel equally safe, whether they're walking home from school or a basketball game; and we want them to know there's someone to whom they can reach out when they do feel endangered.

On whether tension between police and communities has eased

I think that if anyone is living in a place where they don't feel safe, they're going to have tension, whether that's a community member or a member of law enforcement. But out of tension comes opportunity. And we are trying to foster an opportunity for conversation, for dialogue, for resolution. One of the things I did notice when I went to Baltimore was the commonality of everyone's statements — I talked to police officers who had worked the streets, I talked to young people who were fighting for change, I talked to residents and elected officials and they were all saying the same thing: "This is a great city; I love my city and I want to make it better."

When people are saying that kind of common element ... they can do it.

On forthcoming release of about 6,000 prison inmates after action from the U.S. Sentencing Commission to reduce prison terms for drug offenders

This is simply an action of law. The Sentencing Commission made some changes in the way sentences would be calculated. A number of cases are being referred to judges and it will be the courts who decide if and when someone is released. Once that happens, if that happens, we expect those individuals will hopefully be able to be re-integrated into society. A vast number of them are not going to stay here; a vast number of them are eligible for deportation and will be removed.

On the FBI's ongoing inquiry into Hillary Clinton's emails

As you've noted, we've received some requests to look into some matters involving the way in which emails were handled. It's a matter that's being reviewed and looked into by the FBI. Beyond that I'm not able to comment further on it.