Accessibility links
Under Pressure To Run For Speaker, Ryan Talks To Mitt Romney : It's All Politics The Wisconsin congressman spoke by phone Friday with former Massachusetts Gov. Mitt Romney, who chose Ryan as his running mate on the 2012 GOP presidential ticket.

Under Pressure To Run For Speaker, Ryan Talks To Mitt Romney

Under Pressure To Run For Speaker, Ryan Talks To Mitt Romney 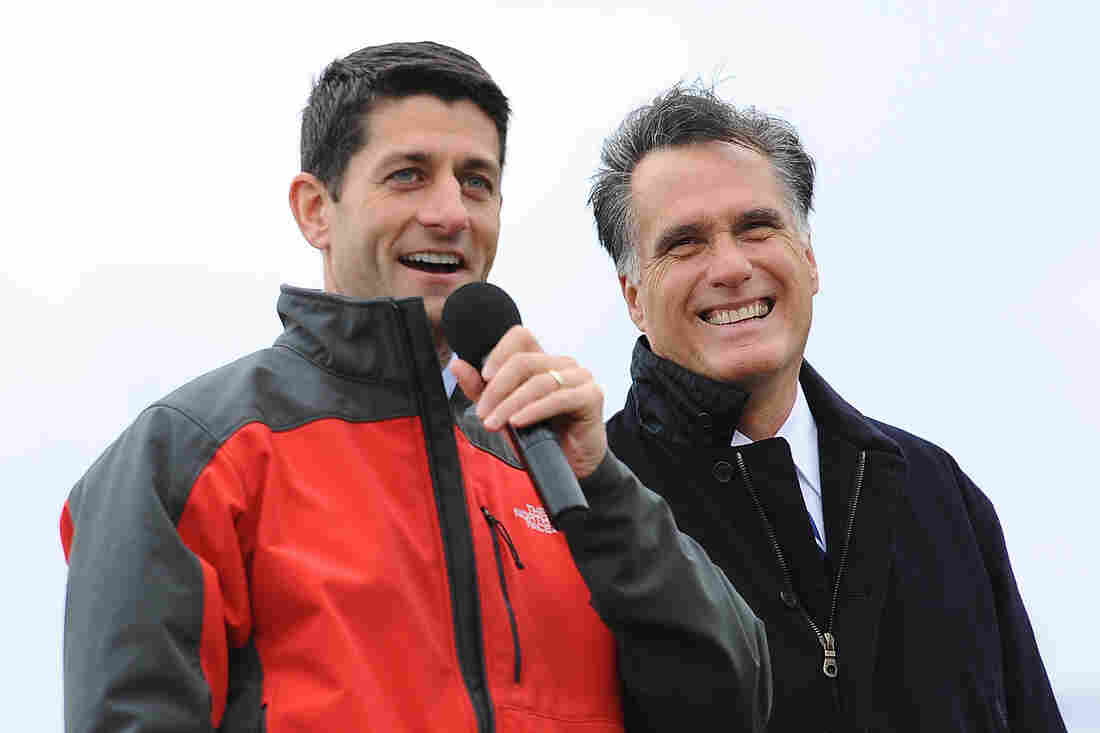 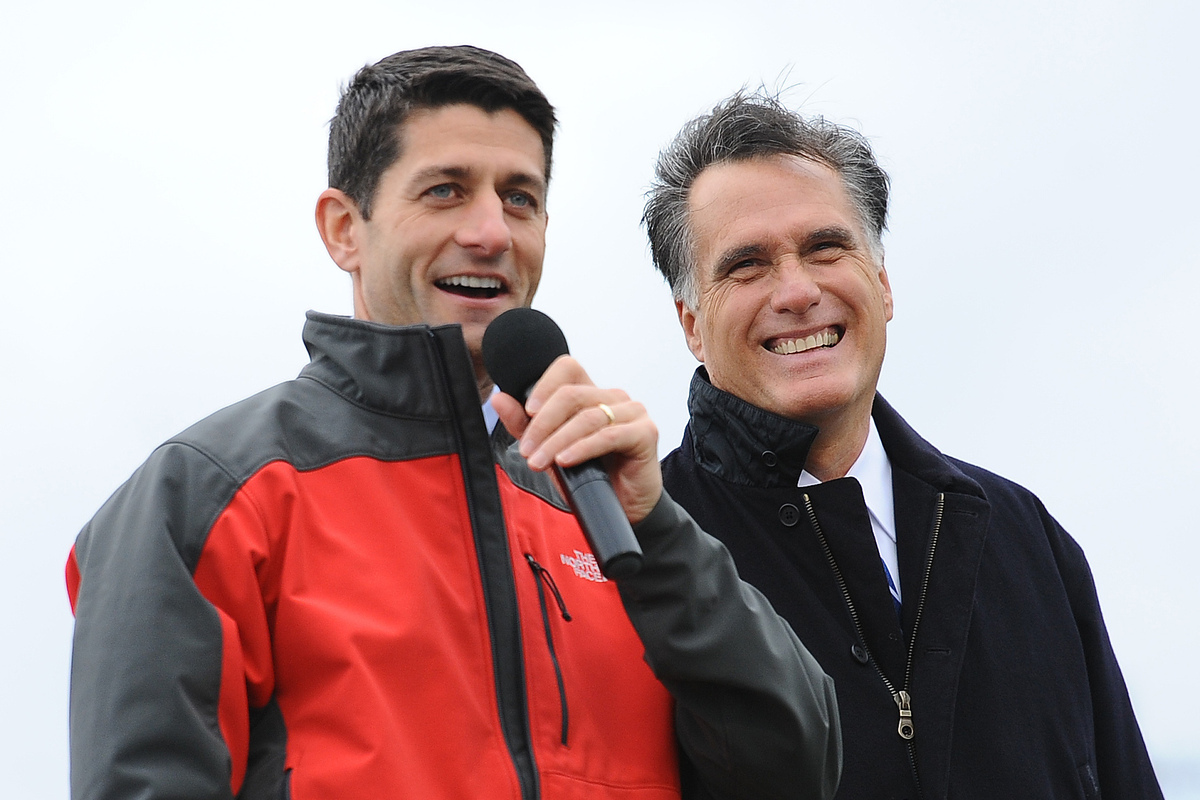 Then-vice presidential nominee Paul Ryan campaigns with his GOP running mate, former Massachusetts Gov. Mitt Romney, at a Celina, Ohio, rally in 2012. Friday, the two spoke by phone as Ryan faces pressure to run for speaker of the House.

Rep. Paul Ryan, R-Wis., has had an intense day. Pressure has been mounting on Ryan to run for House speaker in the wake of Majority Leader Kevin McCarthy's shocking decision to pull out of the race.

At a meeting of House Republicans Friday morning, Ryan reportedly had little to say.

Some time after that, he shared a few words with the man who gave his political career its biggest boost: Mitt Romney.

An aide to the former Massachusetts governor and GOP presidential nominee confirms to NPR that Romney spoke by phone with his running mate from the 2012 race.

While the subject of the call has not been made public, Romney made it clear he did not pressure the man he once wanted to be vice president to take the job just below that in the line of presidential succession.

"I wouldn't presume to tell Paul what to do, but I do know that he is a man of ideas who is driven to see them applied for the public good," Romney said. "Every politician tries to convince people that they are that kind of leader; almost none are — Paul is. Paul has a driving passion to get America back on a path of growth and opportunity. With Paul, it's not just words, it's in his heart and soul."

That "driving passion" refers to the ultimate goal of Ryan's career, to overhaul the tax code. Ryan currently heads the House Ways and Means Committee, which writes tax law.

From that perch, he has the best chance possible of putting his name on historic tax reform someday. That's likely one reason he may be reluctant to take up the speakership. The prospect of managing the fractious House GOP is likely the biggest reason.

Ryan has the chance to escape the pressure now that the House has recessed for the next week. He can go home to Wisconsin, watch his beloved Green Bay Packers take on the St. Louis Rams on Sunday, seek counsel from his family — and reflect on whatever advice Romney just gave him.