Accessibility links
As U.S.-Cuba Relations Thaw, Here's What You Can And Can't Do : It's All Politics In some areas where U.S. officials have given a green light, it hasn't been matched by their counterparts in Cuba. But here's a quick guide to where things stand right now.

As U.S.-Cuba Relations Thaw, Here's What You Can And Can't Do

As U.S.-Cuba Relations Thaw, Here's What You Can And Can't Do 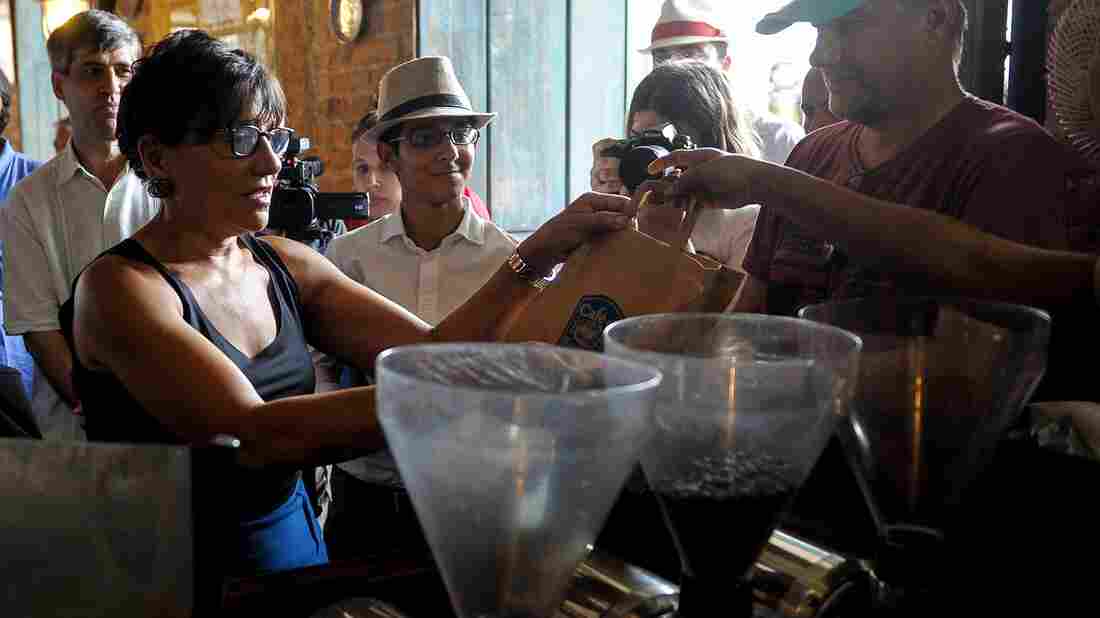 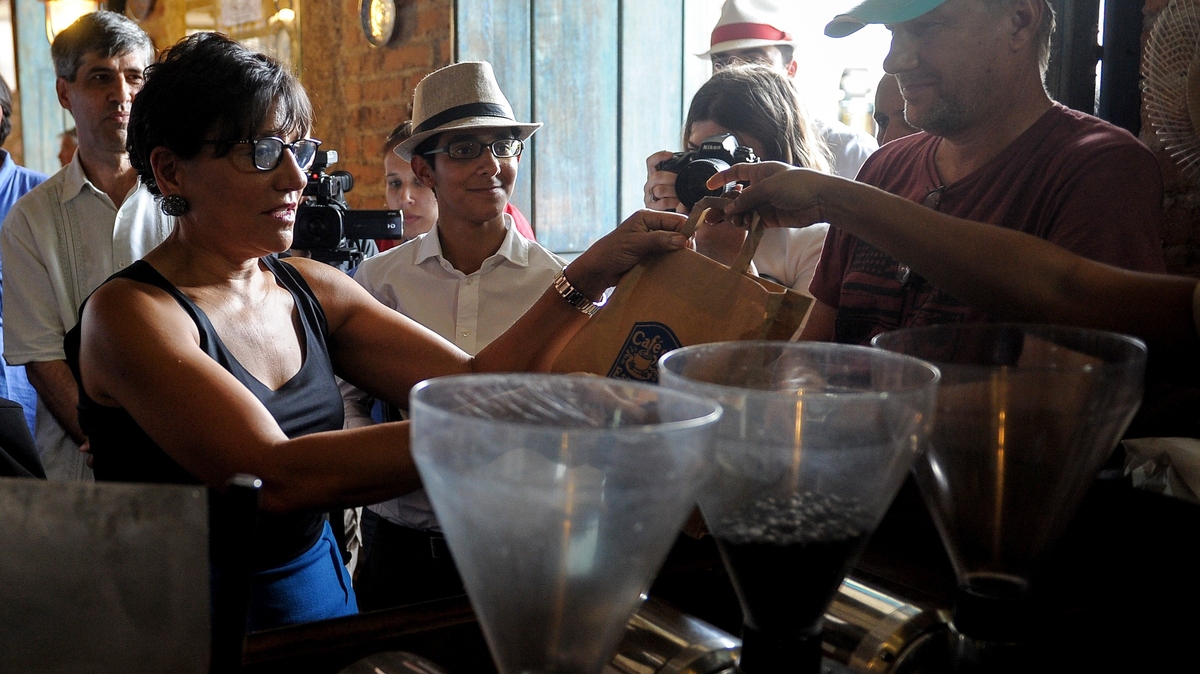 U.S. Secretary of Commerce Penny Pritzker buys coffee in Old Havana as part of a trade visit this week.

Since the diplomatic thaw with Cuba was first announced last December, the Obama administration has moved aggressively to ease restrictions on travel and trade. Looser rules were announced in January, and restrictions were eased further in September. But the Commerce and Treasury Departments can only go so far, unless Congress votes to lift the legal embargo.

Commerce Secretary Penny Pritzker traveled to Cuba this week, where she met with regulators to figure out where some of the new commercial boundaries could be drawn. She was the first secretary of commerce to visit the island since 1950.

What's more, in some areas where U.S. officials have given a green light, it hasn't been matched by their counterparts in Cuba. The legal boundaries are steadily shifting. But here's a quick guide to where things stand right now.

Four things that have gotten easier about doing business with Cuba:

Traveling from the U.S. to Cuba
Travel is still limited to 12 authorized categories, including educational, religious and humanitarian work. But would-be travelers are now on the honor system to say which category they fall in. And beginning in September, permission was extended to close relatives in many of the categories.

Sending money
Cuban nationals are now permitted to receive unlimited amounts of money from the U.S. Before September, remittances were limited to $2,000 per quarter.

Buying cigars, rum and other souvenirs
Visitors to Cuba can bring up to $400 in merchandise home, including up to $100 worth of tobacco and alcohol.

And here are four things that haven't:

U.S. and Cuban negotiators have yet to strike a civil aviation agreement, opening the door to regularly scheduled commercial air service. Charter flights, however, are available.

The U.S. government has cleared the way for passenger and cargo vessels to travel directly to and from Cuba. However, international cargo vessels from third countries that stop in Cuba are barred from U.S. ports for six months.

The Treasury Department has paved the way for Americans traveling in Cuba to use credit cards, but most banks have not yet jumped into the business.