Accessibility links
What Kind Of Speaker Does The House Freedom Caucus Want? : It's All Politics Rep. Mick Mulvaney, R-S.C., tells NPR that it's not about ideology. It's about the way the House is managed.

What Kind Of Speaker Does The House Freedom Caucus Want? 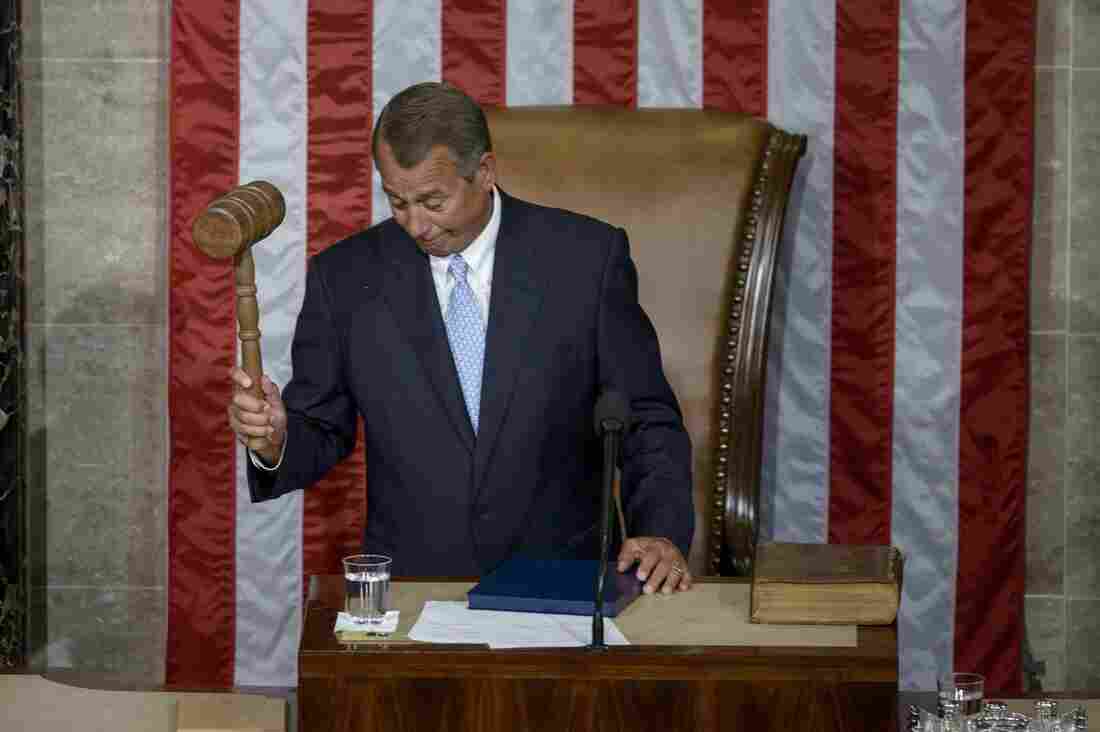 Members of the House Freedom Caucus, approximately 40 conservative Republicans, feel that Speaker John Boehner, R-Ohio, wielded his gavel too forcefully. They want a speaker who will give them a bigger say in how the House runs. Brendan Smialowski/AFP/Getty Images hide caption 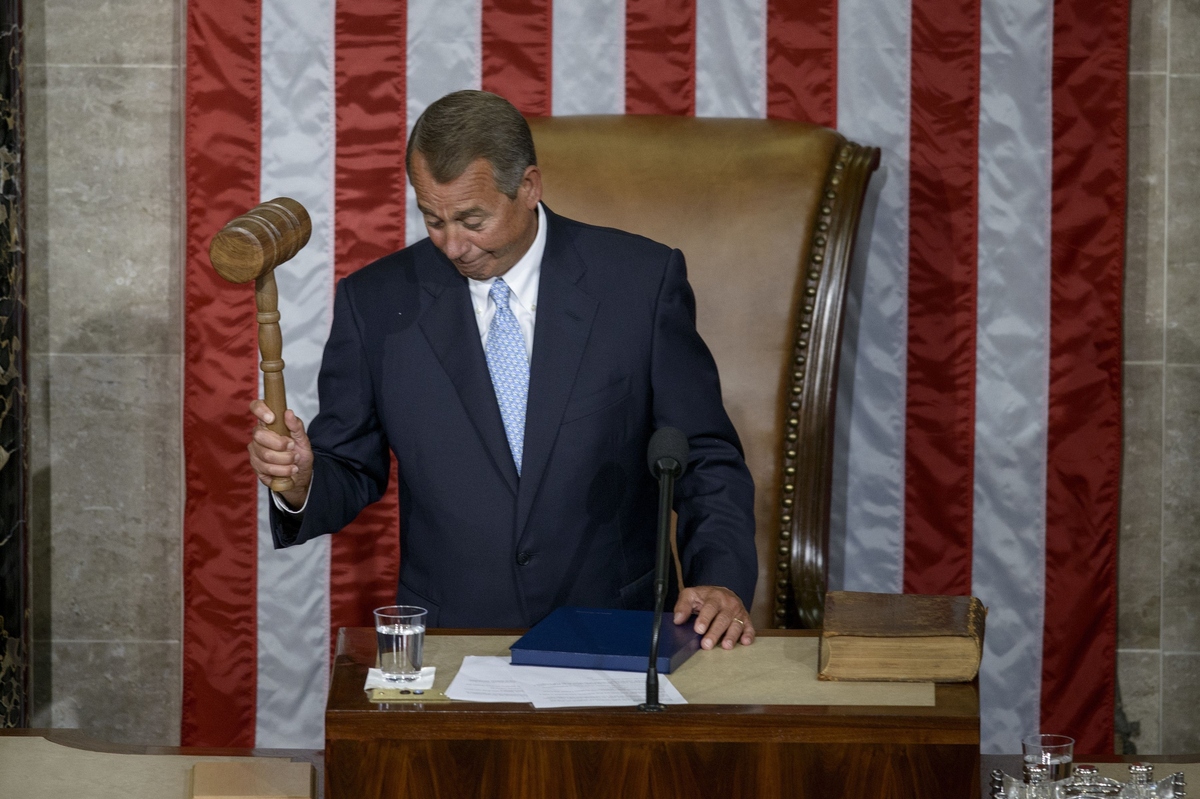 Members of the House Freedom Caucus, approximately 40 conservative Republicans, feel that Speaker John Boehner, R-Ohio, wielded his gavel too forcefully. They want a speaker who will give them a bigger say in how the House runs.

The fate of House Republicans has been in the hands of about 40 out of 246 members. They are the Freedom Caucus — some of the most conservative members of the House, who largely align with the Tea Party movement.

They've been causing outgoing House Speaker John Boehner headaches since he was elected to that position. The irony being that he became speaker when Republicans took over the House with the Tea Party wave in 2010.

And they are not too keen on Boehner's number two — Rep. Kevin McCarthy, R-Calif., who pulled out of the race for speaker this week.

But would they support Rep. Paul Ryan? The Wisconsin Republican is considered the intellectual leader of Conservatives in the House, and a man with respect from establishment Republicans.

"Don't know yet," is what Freedom Caucus member Rep. Mick Mulvaney, R-S.C., told NPR's Scott Simon in an interview on Saturday. He said they are sticking with Rep. Daniel Webster, R-Fla., who received the endorsement of the Freedom Caucus this week.

As Mulvaney explained to NPR, the Freedom Caucus wants a speaker who isn't going to tell them what to do — someone who will give the members more control over what bills get a vote, what amendments get added, and who gets assigned to run committees, which have a key role in advancing legislation.

In fact, Webster led a coup attempt against Boehner earlier this year, and was stripped of his committee assignment shortly thereafter. It's one of the biggest grievances against Boehner from the conservative flank.

But Webster was inspired to challenge Boehner largely because of how he has managed all of the fiscal battles with the White House and the Senate since becoming speaker.

Mulvaney said the Freedom Caucus wants more of a say over strategy when it comes to those fiscal battles. In such a fight under Boehner, he said, "We'd do nothing, and three days before the debt ceiling limit was reached, Mr. Boehner would walk into a room and say, 'Ok, here's what we're doing.'"

Boehner would be working out a deal with the White House, compromising on a principle that conservatives in the House saw as sacred, to avoid a government shutdown or some other fiscal calamity.

If the Freedom Caucus had more power, the chances of a stalemate with the White House leading to something like a shutdown would increase. Public opinion suggests Congressional Republicans receive more of the blame in those instances than the White House, but many conservatives argue it's because President Obama has won the messaging war with their current leadership.

The problem with less centralized control of the House is the exact dynamic that has brought the process of electing a speaker to a halt. The House majority is a group of Republicans who are sharply divided, and can not agree on a path forward for much.

But Mulvaney said the Freedom Caucus is willing to come together with the other 200 or so members of their party in the House on a speaker. "We're more than happy to," he said. "We will end up with a speaker that all of us will support."

Mulvaney insisted that many moderates agree with him on the kind of speaker they want to see in control, and that even moderates don't want to be "a rubber stamp for somebody else's idea."

But whether someone like Paul Ryan would be willing to put a rubber stamp on what members of the Freedom Caucus want the speaker to do remains to be seen.