Accessibility links
Voting Machines Are Aging, But Don't Expect Congress To Pay To Replace Them : It's All Politics Machines purchased after the 2000 presidential election are nearing the end of their useful lives. It could cost $1 billion to replace them, but Congress has shown no signs of footing the bill.

Voting Machines Are Aging, But Don't Expect Congress To Pay To Replace Them

Voting Machines Are Aging, But Don't Expect Congress To Pay To Replace Them 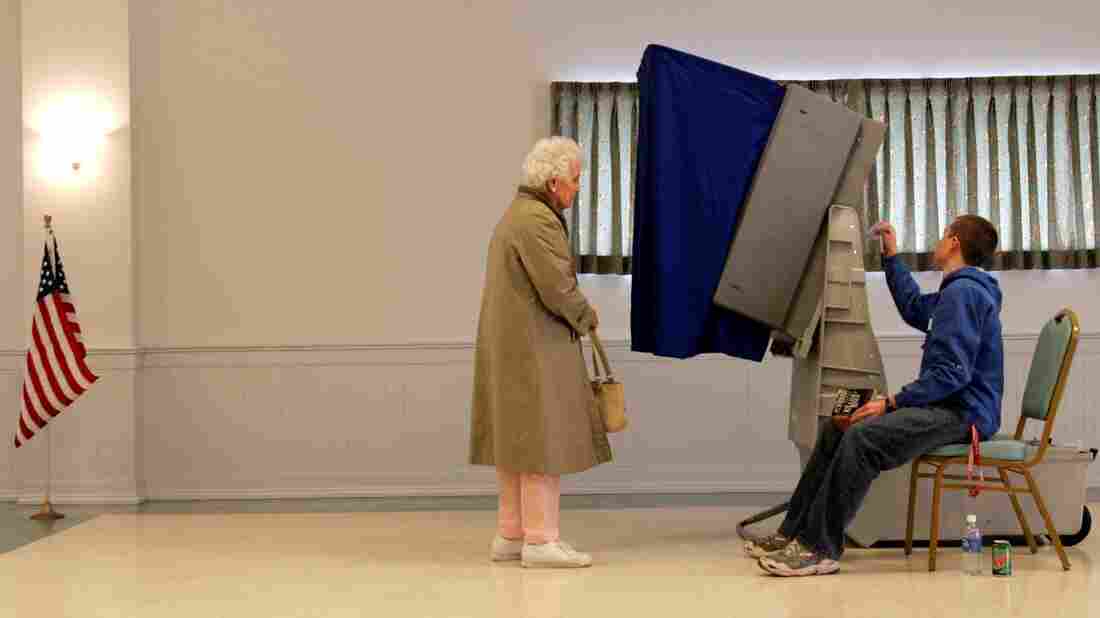 An election worker resets a voting machine as a voter waits in 2008. Many of the country's machines were replaced after the 2000 election, but are now reaching the end of their useful lives. Rob Carr/AP hide caption 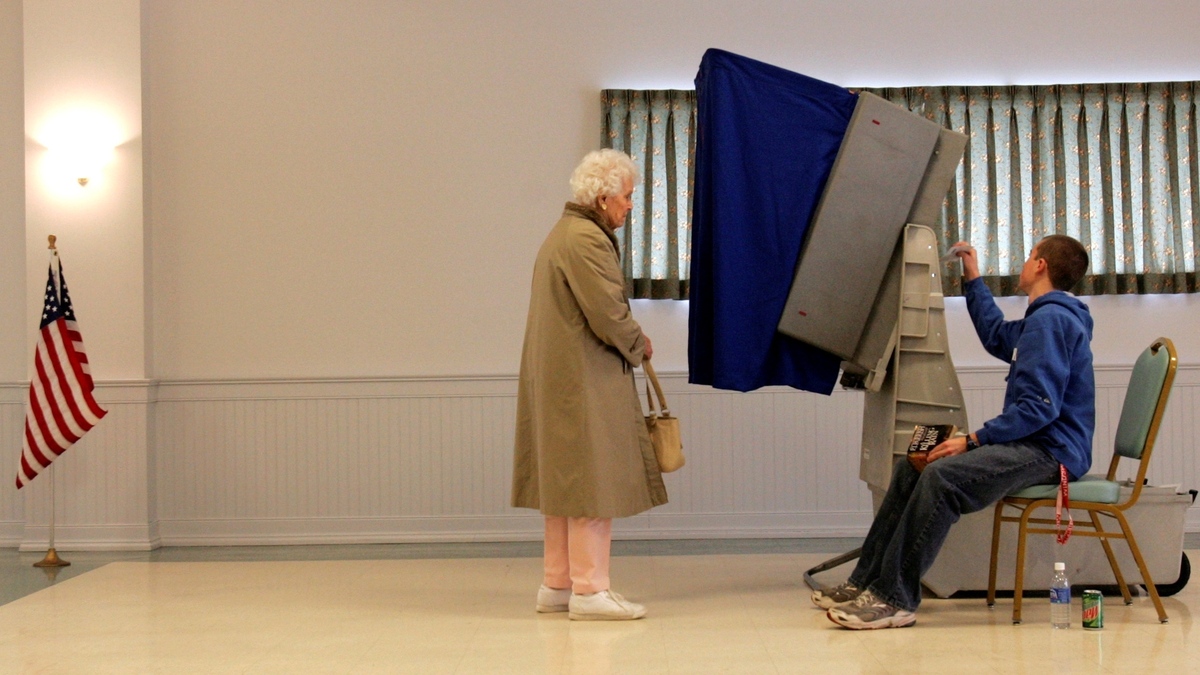 An election worker resets a voting machine as a voter waits in 2008. Many of the country's machines were replaced after the 2000 election, but are now reaching the end of their useful lives.

Don't expect Congress to shell out any money when it comes to replacing aging voting equipment. That's what Christy McCormick, chairwoman of the U.S. Election Assistance Commission (EAC), says her agency is telling state and local election officials, even though a bipartisan presidential commission warned last year of an "impending crisis." 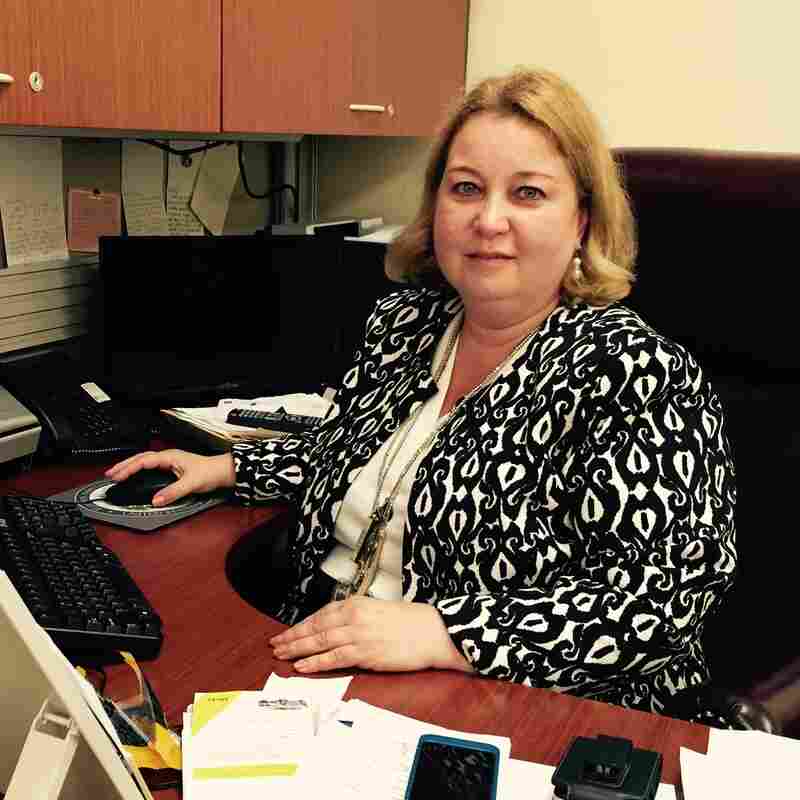 "We're telling [election officials] that, from what we understand, there won't be any more federal funding coming to help them," said Christy McCormick. Pam Fessler/NPR hide caption

"We're telling them that, from what we understand, there won't be any more federal funding coming to help them," McCormick said in an interview with NPR.

And that's a problem because election officials around the country are worried about breakdowns as voting machines purchased after the 2000 presidential election near the end of their useful lives. Much of the equipment is already outdated. Some officials have even had to resort to sites such as eBay to find spare parts.

The Brennan Center for Justice estimates that it will cost about $1 billion to buy replacement machines. But state and local budgets are tight. And Congress has shown no sign that it's willing to foot the bill as it did more than a decade ago, when punch-card voting equipment was replaced nationwide.

McCormick says for now, the EAC is offering election officials tips on how to maintain the equipment they do have, at least to get them through the 2016 presidential election — a little like keeping an old car running until you can afford a new one.

"We're providing checklists of preventive maintenance tips and things that they can do for their equipment that will address issues before they happen, so we aren't dealing with a crisis on Election Day," she said.

We're providing checklists of preventive maintenance tips and things that they can do for their equipment ... so we aren't dealing with a crisis on Election Day.

Some of those tips are simple, such as testing equipment in advance to make sure it works, checking batteries and other power supplies and tightening loose screws. The commission also advises that equipment shouldn't be stored anywhere too cold, too hot or too humid — which can cause computerized machines to malfunction.

Perhaps most importantly, says McCormick, the EAC is encouraging election officials to share any helpful hints they have in dealing with equipment failures, such as screen slippage, which occurs when sealants on touchscreen voting machines begin to decay. It can cause something called "vote flipping," which is when a voter presses one name on the screen, only to have another name light up.

Some election officials have learned how to quickly recalibrate the machines. Others say they make sure they have lots of spare machines on hand, so they can replace ones that malfunction on Election Day.

Here are more highlights from NPR's interview with McCormick:

McCormick said she's waiting to see what happens in Oregon and California, where new laws have been enacted that require the states to automatically register voters when they apply for a driver's license. Stressing these were her own opinions, not the commission's, she said there could be some First Amendment objections raised, even if an individual is allowed to opt out of being registered. "There are groups of people who don't want to participate in government and I think would be upset if the government automatically registered them to vote," she said.

McCormick added that it remains to be seen whether state DMVs will send local election offices voter information that's accurate. "Right now, the record's not too good on that," she said.

On increasing voter participation from the military

Her agency is working with the Pentagon's Federal Voting Assistance Program to figure out how to boost voting by members of the military and Americans living overseas. The participation rate for active duty military voters in 2014 was about half what it was for civilians. McCormick said it's still difficult for those stationed overseas to cast ballots, so they're looking at ways to make it easier, such as texting service members links to sites where they can register and get their ballots online.

It will be a couple more years before the EAC comes up with new national standards for voting equipment. Many election officials are holding off on purchases until the voluntary guidelines are released. The work was delayed, in part, because of partisan disputes over whether the EAC should even exist. Congress refused to confirm any commissioners for three years, until this past December. And Republican lawmakers who think the agency is unnecessary are still threatening to shut it down.