Accessibility links
Republicans Hand Hillary Clinton Another Gift On Benghazi : It's All Politics Another House Republican says the Benghazi investigation is politically motivated. While it may not cost him his job, as it did Kevin McCarthy, it's a boost for Democrats' arguments. 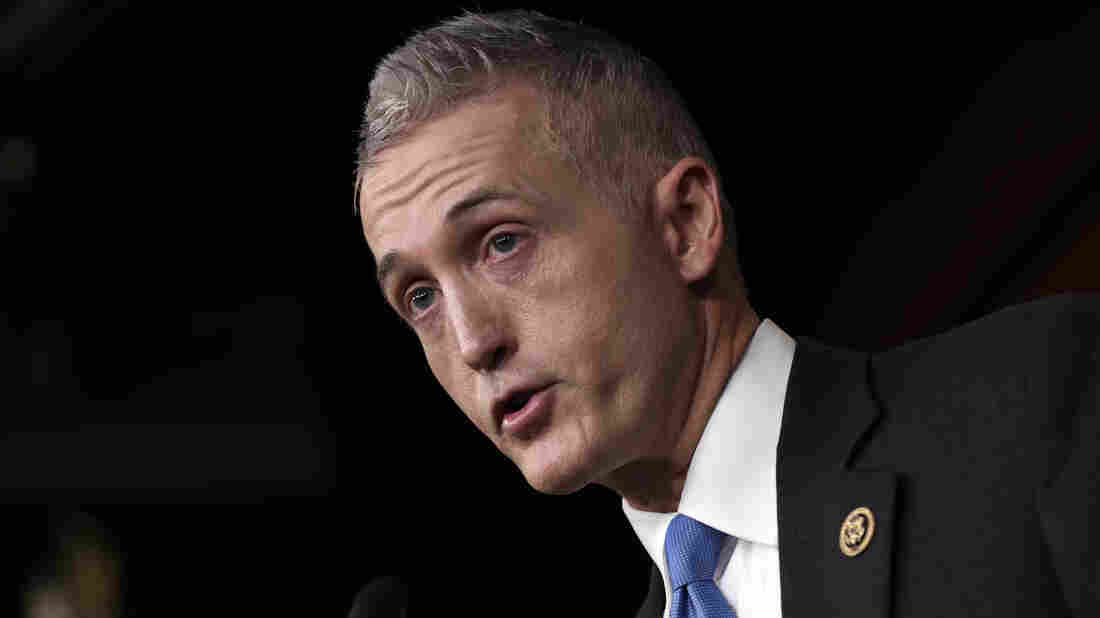 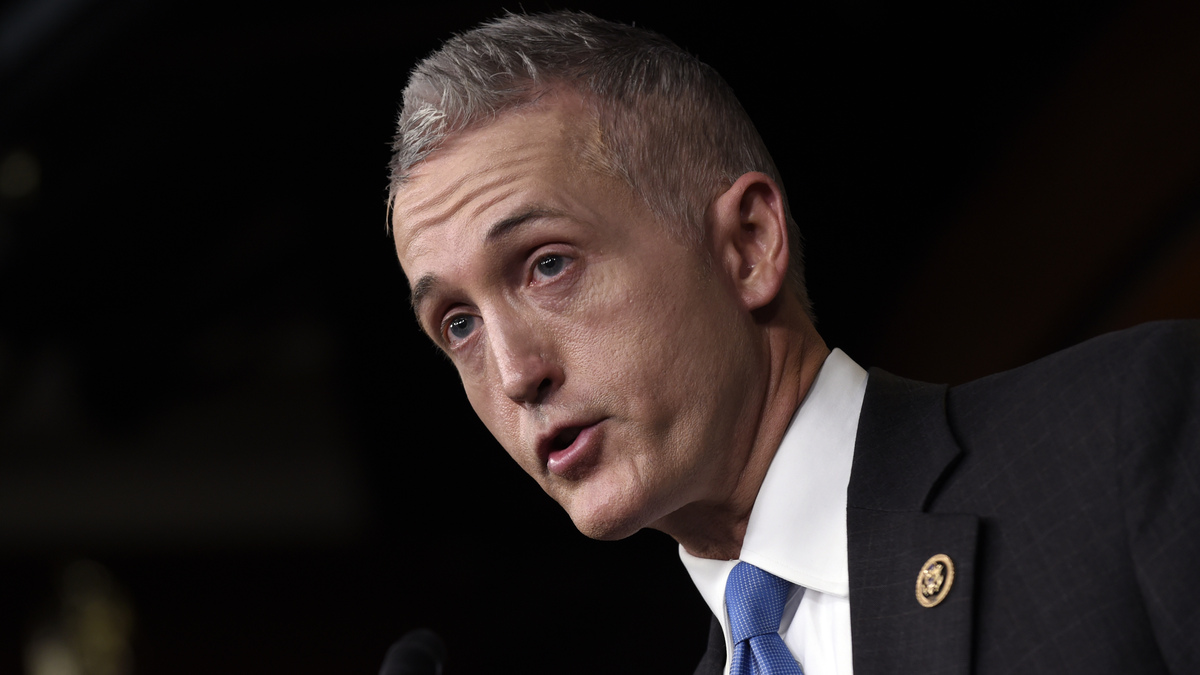 Republicans handed more ammo to Hillary Clinton on Wednesday, with another congressman suggesting the purpose of the House Benghazi committee was to harm the Democrat's presidential bid.

"This may not be politically correct, but I think that there was a big part of this investigation that was designed to go after people — an individual: Hillary Clinton."

His comments follow GOP Majority Leader Kevin McCarthy's own faux pas, when he touted the committee's work by saying:

"Everybody thought Hillary Clinton was unbeatable, right? But we put together a Benghazi special committee, a select committee, [and] what are her numbers today? Her numbers are dropping. Why? Because she's untrustable. But no one would have known any of that had happened."

Even though he later tried to clarify, those comments were part of the reason McCarthy was forced to withdraw from the race for House speaker. The damage had already been done — Team Clinton quickly seized on the GOP leader's comments, making them into a Web ad and touting what it called the politicized nature of the investigation during Tuesday night's debate.

The latest slip-ups couldn't come at a worse time for Republicans. While Clinton has been damaged by both lingering questions over the 2012 Benghazi attacks that killed four Americans on top of controversy over her private email server at the State Department, she handled questions on those deftly on Tuesday night. She got an assist from her chief rival, Vermont Sen. Bernie Sanders, who seemed to shut down the issue in the debate, asserting that people had heard enough about her "damn emails."

Clinton will face questions from the Benghazi panel next week, but she goes into it in a much better position than she could have. In addition to the McCarthy and Hanna remarks, a fired Benghazi committee staffer alleged it was a "partisan investigation."

McCarthy suffered for his foot-in-mouth moment, but could Hanna be harmed politically, too?

Possibly. But it might actually help. The three-term congressman represents a potentially competitive district — Mitt Romney carried it in 2012 by 1,328 votes and, in 2008, John McCain won it by only 149 votes.

Hanna initially won his seat in the 2010 GOP wave by knocking off a freshman Democrat. Since then, Democrats have been unable to successfully challenge for the seat.

In 2014, Hanna won re-election unopposed. He doesn't have a challenger for 2016 yet either, and Republicans so far haven't included him on their Patriot Program for vulnerable Republicans.

But Hanna is one of the few remaining moderates in the House — he supports same-sex marriage and abortion rights and has been critical of hard-line conservative tactics. Last month, he was one of just three Republicans to oppose defunding Planned Parenthood.

Hanna has no opponent yet, but 2016, a presidential year, could be a tight race for him. What's more, if Hillary Clinton is the nominee, she is the state's former senator. By pointing fingers at Republicans for the Benghazi grilling, Hanna could also be trying to inoculate himself from potential attacks next fall.

Later on in the interview, Hanna even acknowledged the political harm that McCarthy did to himself.

"Kevin McCarthy basically blew himself up with that comment over the Benghazi committee," Hanna said. "Sometimes the biggest sin you can commit in D.C. is to tell the truth."

And he underscored that the committee was trying to find answers, adding, "I also think there is a lot of it that is important, and we needed to get to the bottom of this."

Ultimately, these comments probably don't mean much for Hanna. It's more than a year until the election, and Democrats have to come up with a candidate to even contest the seat and they have higher targets in the Empire State.

They're far from the 30 seats they need to flip control, and with highly gerrymandered maps for the rest of the decade, most people believe it's out of reach, even in a presidential year. But the larger message for Democrats — the partisan targeting of Clinton, with taxpayer money — is a big gift.