Accessibility links
Meet The People Who Gave Money To Lincoln Chafee's Campaign : It's All Politics Just 10 people were major donors to the former Rhode Island governor's quixotic campaign. We asked them why.

Meet The People Who Gave Money To Lincoln Chafee's Campaign

Meet The People Who Gave Money To Lincoln Chafee's Campaign 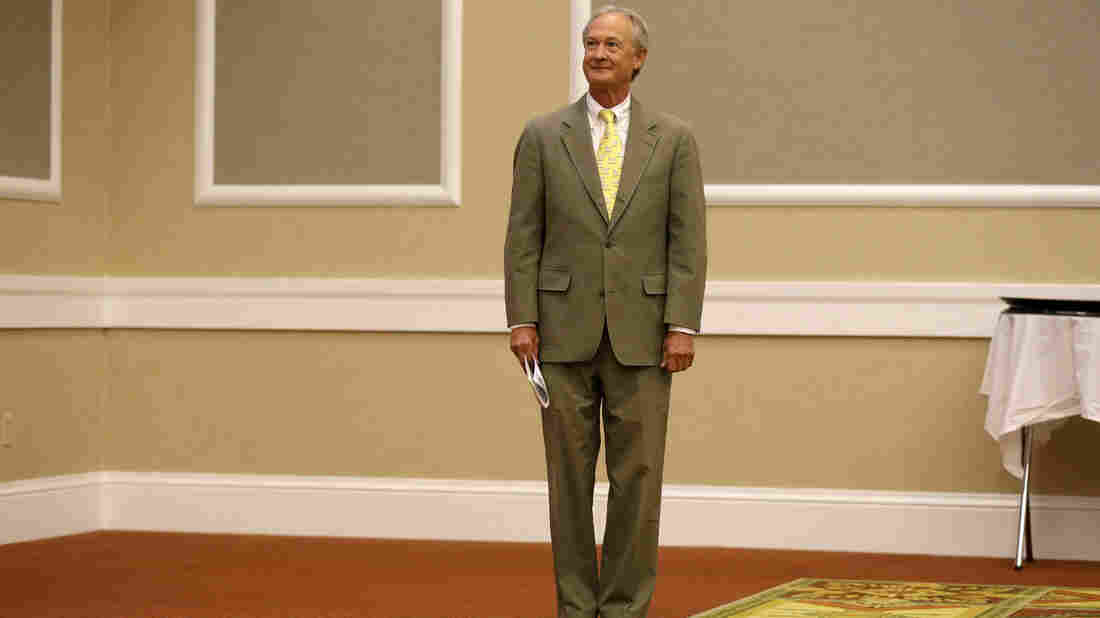 Though he's polling at less than 1 percent, Democratic presidential candidate and former Rhode Island Gov. Lincoln Chafee has a few loyal donors. "I wanted to support a measure of positiveness," said one. Charlie Neibergall/AP hide caption 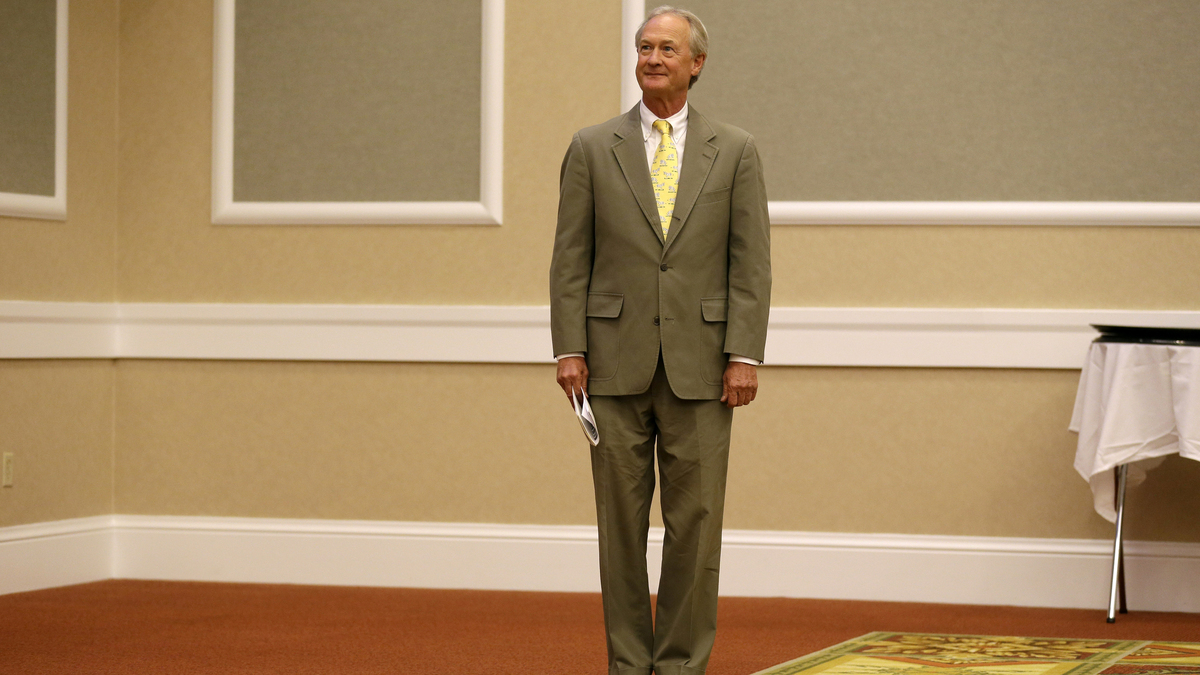 Though he's polling at less than 1 percent, Democratic presidential candidate and former Rhode Island Gov. Lincoln Chafee has a few loyal donors. "I wanted to support a measure of positiveness," said one.

What motivates someone to give money to a foundering, long-shot campaign?

Just 10 people were major donors to Lincoln Chafee's presidential campaign. By contrast, more than 650,000 people have donated to Bernie Sanders.

NPR called up several listed on his third-quarter financial report, and three explained why they decided to pony up for the former Rhode Island governor.

"What attracted me to Chafee was not my expectation that he was a certain nominee, but he has just a really positive approach to life," said Patrick Flinn, an attorney in Atlanta. "Our politics is incredibly negative and it hardens people, and when you listen to him and when you read what he has to say, he looks like someone who gets up every morning and is just happy to be there."

Flinn was first introduced to Chafee by his son, who is volunteering for his presidential campaign. He donated $2,300 to Chafee in September, and said he would likely give another $400 to max out to the candidate.

But even he wasn't naive about the Republican-turned-independent-turned-Democrat's chances.

"My decision to contribute was a reflection of the fact that, in some measure, I wanted to support a measure of positiveness," Flinn continued.

Flinn admitted that Chafee had some stumbles during the debate — most notably when asked why he voted to roll back Glass-Steagall banking regulations: He explained he had just gotten to Congress and didn't understand it.

But that slip wasn't going to doom Chafee's campaign — which was already looking dim. He's averaging one-tenth of 1 percent in the latest Democratic primary polls.

From those 10 itemized donors, he raised just $8,300 for his seemingly-quixotic Democratic campaign for president. He did have $3,036 from other unitemized donors — or donations under $200 for the calendar year from an individual not required to be listed individually on FEC forms.

Still, Chafee's total haul of just over $15,000 — supplemented by $4,100 from the candidate himself — would have been an embarrassing number for a state legislative candidate or a city council candidate in a major city. But for a presidential hopeful? It's downright embarrassing.

But that doesn't matter to Flinn, who said he hopes Chafee will stick around.

"He can accomplish something valuable, in my view, by staying in the race and by expressing himself in the race in his unique way," he added.

Dr. John O'Shea, a pediatrician in Atlanta, goes back decades with the Chafee family. As a doctor and child advocate in Rhode Island, he knew the candidate's father, John, also a former governor and senator, and would later get to know Lincoln Chafee himself.

In fact, O'Shea said he wrote to Chafee eight years ago, after the then-centrist Republican had lost his Senate re-election bid, positing that the lawmaker should become a Democrat and run for president.

When it came to fruition, O'Shea said he felt he needed to pony up, giving him $350 last quarter.

"I sort of feel like I need to support him," he told NPR.

But as for his chances now? O'Shea isn't optimistic.

"I was very disappointed in how he appeared at the debate last Tuesday, and I think that will probably sink his candidacy — which wasn't really strong anyway," he said.

Ronald Lee Fleming, an urban planner and preservationist who runs The Townscape Institute in Cambridge, Mass., was the only donor to max out to Chafee last quarter. The author also has a home in Rhode Island and says he's known Chafee for some time, and calls him "a man of good values and integrity."

"I think he's had experience at the different layers of government," said Fleming, pointing to his time as a mayor, senator and governor. "I know him personally and just think that he's a man of good values and integrity."

And to Fleming, that stands in contrast to someone he can't say the same about — Hillary Clinton.

"I don't think Chafee can be bought," said Fleming. "I think Hillary Clinton has already been purchased by special interests.

Fleming also pointed out Chafee's initial opposition to the Iraq War — while Clinton continues to take heat for her vote in the Senate to authorize the invasion.

"If Linc doesn't make it — and I don't sense that he has a very good chance — I would hope that there would be some major blowup that would sink the Clinton campaign," said Fleming, who said he's inclined for Sanders if Chafee isn't on the ballot.

Both Flinn and O'Shea said they would be fine with Clinton as the nominee and would support her if Chafee drops out.

One thing all three pointed to was Chafee's happy persona — something parodied on Saturday Night Live during its debate sketch last weekend. Chafee, played by cast member Kyle Mooney, exclaimed in his opening, "I used to be senator — that was fun! And now I'm here — this is fun too!"

But if Chafee doesn't expand his donor base and somehow find a jolt of lightning, the candidate could be echoing the SNL parody's tagline for him — "Bye forever!"

We have updated our post to explain the difference between itemized and unitemized donors and FEC reporting guidelines.