Accessibility links
Why The Stakes Are So High For Hillary Clinton — And The Benghazi Committee : It's All Politics The Democratic presidential candidate testifies Thursday in what could be one of the most closely watched congressional hearings ever. It's a pivotal moment in the 2016 campaign — and for the GOP. 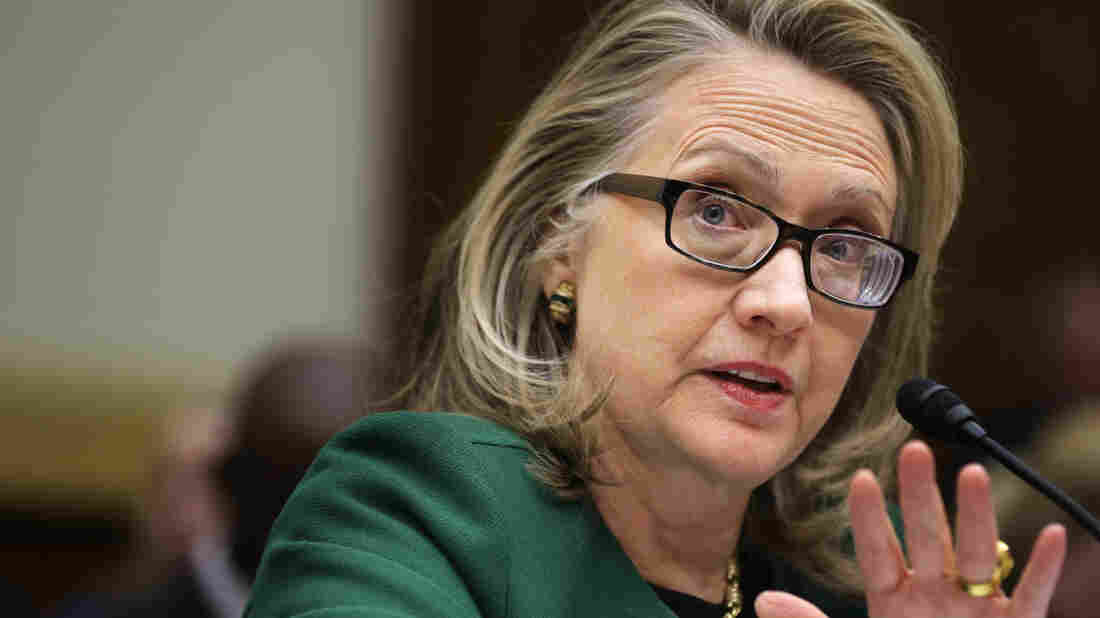 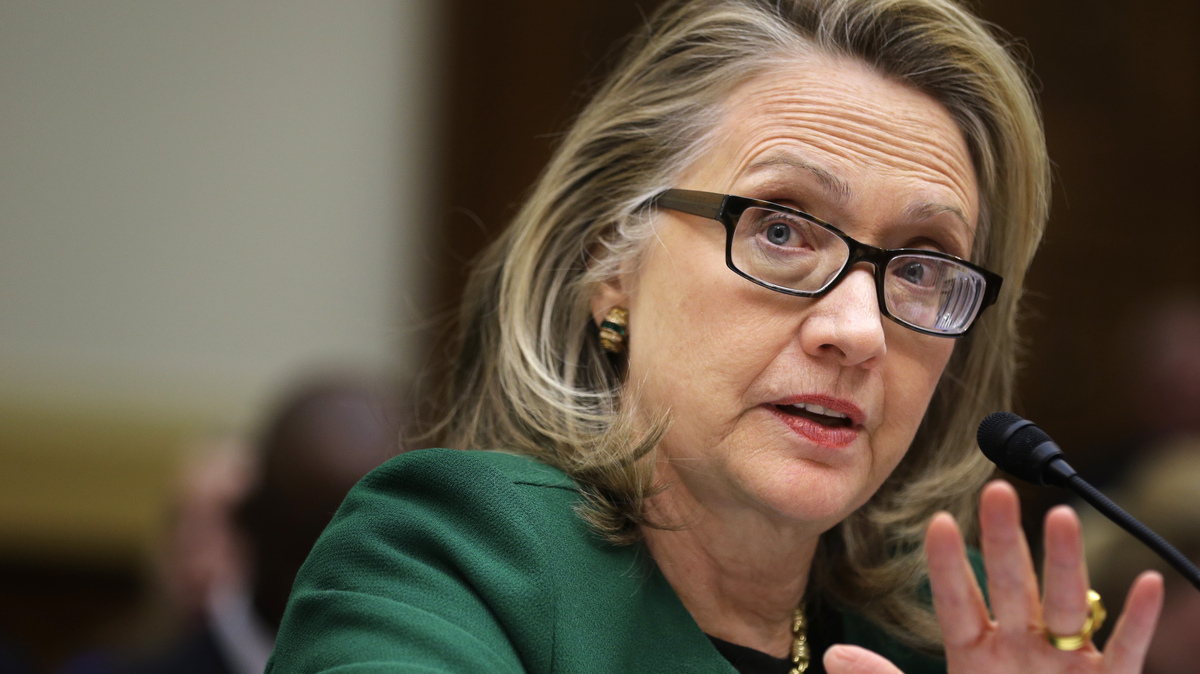 In 2013, then-Secretary of State Hillary Clinton testified on Capitol Hill about the attacks on the U.S. diplomatic outpost in Benghazi, Libya. Today she'll testify again.

Campaign ads will be made based on what is said Thursday in room 1100 of the Longworth House Office Building.

That's where the House Select Committee on Benghazi will hear testimony from former Secretary of State Hillary Clinton — possibly as much as six to eight hours of testimony. And there's no question superPACs, opposition researchers and presidential campaigns, including Clinton's, will be watching closely, parsing every word and facial expression.

Even before the much-anticipated testimony started, the proceedings became a political mud pit. The stakes for this committee aren't high just for Clinton but also for the legitimacy of the committee itself.

House Majority Leader Kevin McCarthy bragged about the committee's work bringing Clinton's poll numbers down, at least in part derailing his candidacy for House speaker. Then, a House GOP back-bencher said a "big part" of the Benghazi investigation was designed to go after Clinton.

That gave Clinton's allies an opening to question the very existence and purpose of the committee and prompted House Benghazi committee chairman Trey Gowdy, R-S.C., to tell his fellow Republicans to cool it.

"I have told my own Republican colleagues and friends, 'Shut up talking about things that you don't know anything about,' " Gowdy said Sunday on CBS's Face the Nation. "And unless you're on the committee, you have no idea what we've done, why we've done it and what new facts we have found."

In the days leading up to the hearing, the charges and countercharges, the strongly worded letters, fact sheets and selective leaks have been coming so fast and furious, it would be hard for anyone to keep up. All sides are trying to set expectations ahead of what will be the most closely watched hearing the Benghazi committee will hold.

And if past is prologue, the ads with ominous music and unflattering images won't be far behind. Clinton's campaign has already produced an ad based on McCarthy's comments.

As has Priorities USA, a Clinton-allied superPAC. Its ad started running in heavy rotation on cable TV Wednesday.

Testimony in 2013 in which Clinton said "What difference does it make?" has appeared (out of context) in countless Web videos and ads.

While members of the committee can take breaks, drink coffee and slip out to go to the restroom, Clinton will be at the witness table for many hours, on the spot the whole time. This while the FBI is still investigating the handling of sensitive information on the private email server Clinton used for official business while secretary of state.

Rep. Adam Schiff, a Democrat on the committee, said he's confident Clinton will perform well, but she faces risks. She has to be careful not to be too dismissive or get flustered, he said.

"It's very hard, I think, when you're fatigued, and you're the one who's answering all the questions," Schiff told NPR. "Just maintaining that level of alertness without losing your cool is a challenge. So, there are ample opportunities to get tripped up, which I'm sure is what the Republicans are hoping for."

Will anything change as a result of the hearing? It seems unlikely. The terrorist attack on the diplomatic outpost in Benghazi, Libya, on Sept. 11, 2012, has been politicized almost from the moment it happened, in the height of that year's presidential race. Conspiracy theories abound, as do investigations disproving them.

It's become something of a Rorschach test. For Republicans, Benghazi, it seems, will always be about a Democratic president's failures and his politically ambitious secretary of state. For Democrats, it is nothing but a partisan witch hunt and a waste of resources.

Clinton's private email server, which was revealed as part of the investigation, proves to Republicans that it's just another reason to dislike her, a sign she's playing by different rules and that the committee is doing the right thing.

For Democrats, the private email server is regrettable. But most of them seem to agree with presidential candidate Bernie Sanders of Vermont, who said at last week's Democratic debate, "The American people are sick and tired of hearing about your damn emails. Enough of the emails."

Clinton agreed. She hopes that after Thursday's proceedings, more Americans do, too.