Accessibility links
Omm ... Clinton Goes Zen, Tries Meditation To Get Through Epic Hearing : It's All Politics In an off-the-cuff moment, Hillary Clinton revealed the secret to her marathon Benghazi hearing performance.

Clinton: 'I tried to meditate in the breaks' 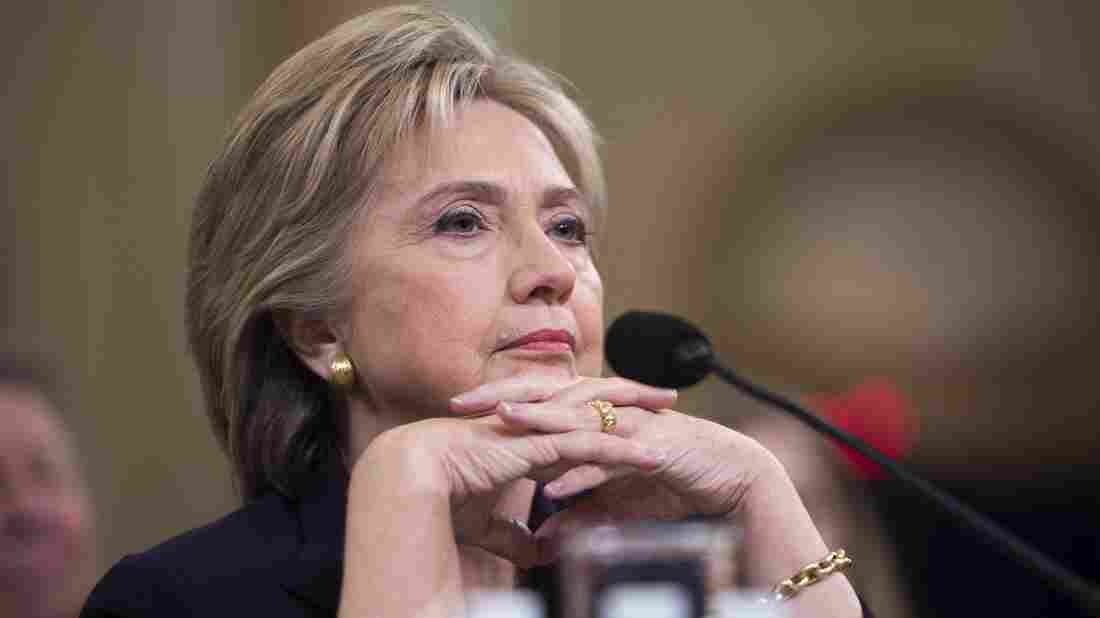 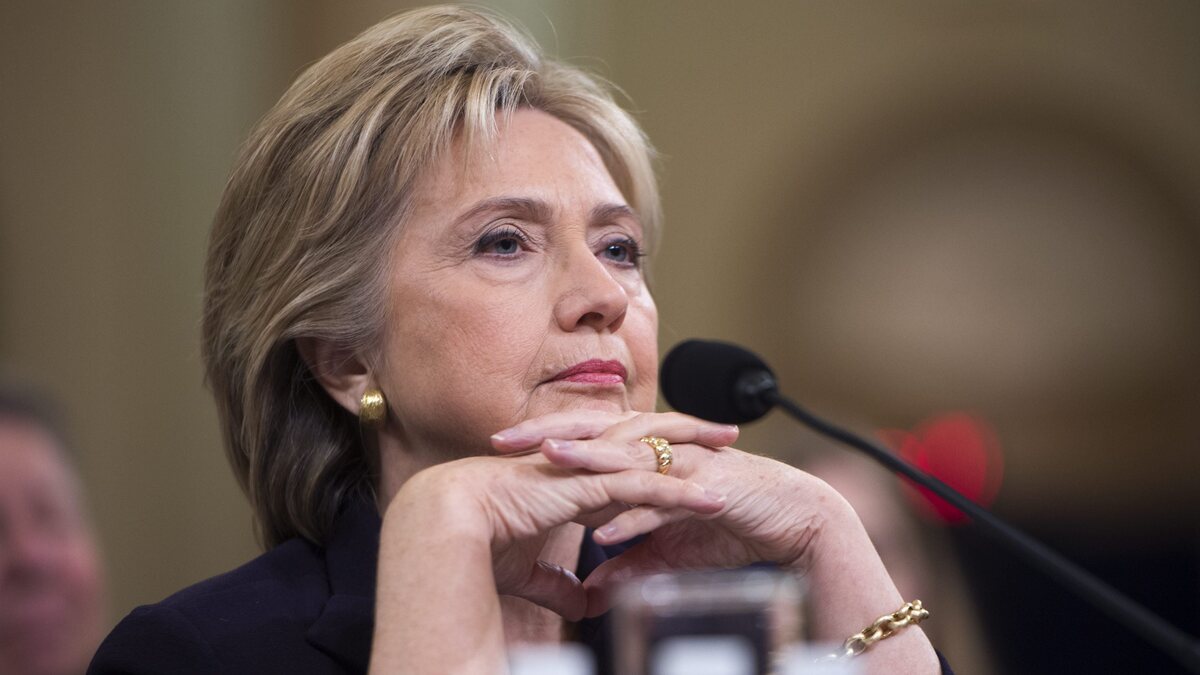 Passing through a human crush of reporters at 10 a.m. ET on Thursday, Hillary Clinton entered a hearing room where she displayed a kind of unearthly stamina, as the only witness during a hearing that spanned 11 hours. How, you might ask, did she get through it?

Clinton was, of course, being questioned by the House Select Committee on Benghazi. The committee was formed last year and is investigating the Sept. 11, 2012, terrorist attack in Benghazi, Libya, that left four Americans dead, including Ambassador Christopher Stevens. Clinton was secretary of state at the time.

After three hours of questioning, the committee took a lunch break. As Clinton rose to leave the hearing room, she chatted with members of Congress who had been sitting behind her. And that's when NPR's microphone picked up this sound of Clinton describing the secret to her stamina.

Clinton: 'I tried to meditate in the breaks'

"I tried to meditate in the breaks," Clinton says with a laugh. The person she was talking to responds, "You're doing great."

Since there hadn't technically been any "breaks" yet, we can only assume Clinton was referring to the long monologues from Democratic members of the committee, waxing on about how the committee was wasting time and money. The monologues provided a "break" to the aggressive questioning Clinton got from Republican members.

At 8:30 p.m., Rep. Linda Sanchez, D-Calif., asked what many were wondering. "Parliamentary inquiry," Sanchez said. "How late are we going tonight?"

There was no answer, but at 9 p.m., a full 11 hours after the hearing began, committee Chairman Trey Gowdy, R-S.C., brought it to a close.

Despite intense questioning from Republican members of the committee, Clinton maintained a calm, somber demeanor throughout. This is a contrast to her 2013 Senate testimony where she lost her temper and asked, "What difference does it make?"

But this time, she didn't lose her cool. Did it have something to do with meditation? Research shows it can relieve anxiety.

Yahoo News has another idea: Yoga.

"Yahoo News yelled out to Clinton and asked how she had the stamina to get through the hearing. Clinton responded by flexing her biceps. Yahoo then asked Clinton whether her yoga routine helped her survive the testimony.

Yoga and meditation. Clearly Hillary Clinton is everyone's mom from the '80s.

The Clinton campaign's communications director said the former Secretary of State didn't need meditation to make it through the 11 hour marathon.

In response to many inquiries, @HillaryClinton did not actually meditate during the breaks at the hearing. She's naturally that zen.