Accessibility links
Mitt Romney Finally Takes Credit For Obamacare : It's All Politics "Without Romneycare, I don't think we would have Obamacare," the 2012 GOP presidential nominee admits in an obituary remembering his friend Staples founder Thomas Stemberg. 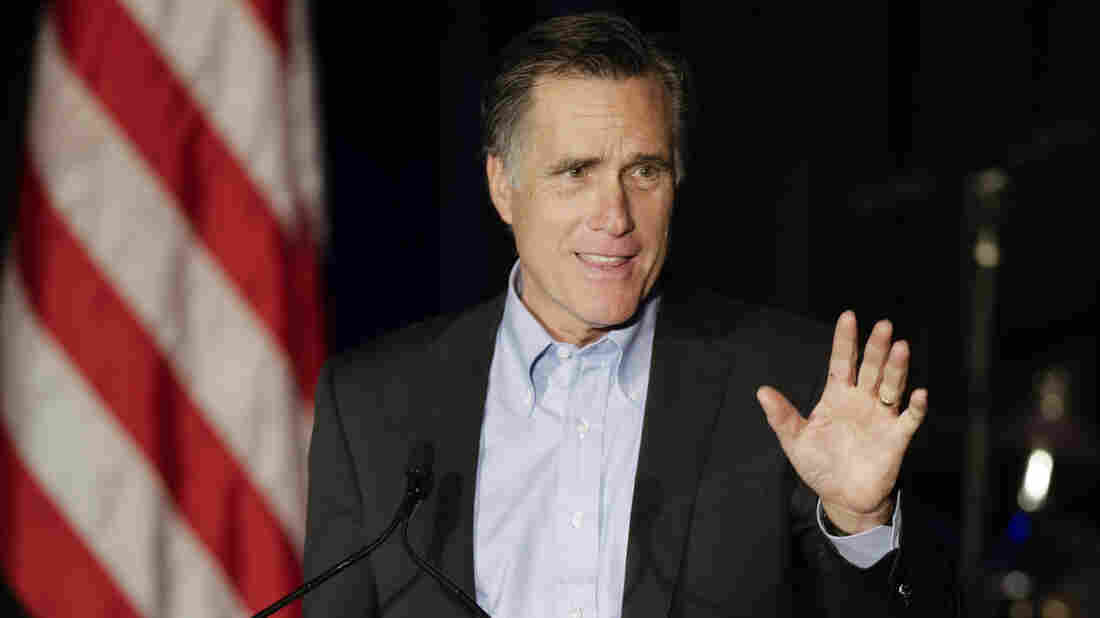 Former GOP presidential nominee Mitt Romney struggled to distance himself from the health care program he implemented in Massachusetts. Now he has acknowledged it was a precursor to Obamacare. Gregory Bull/AP hide caption 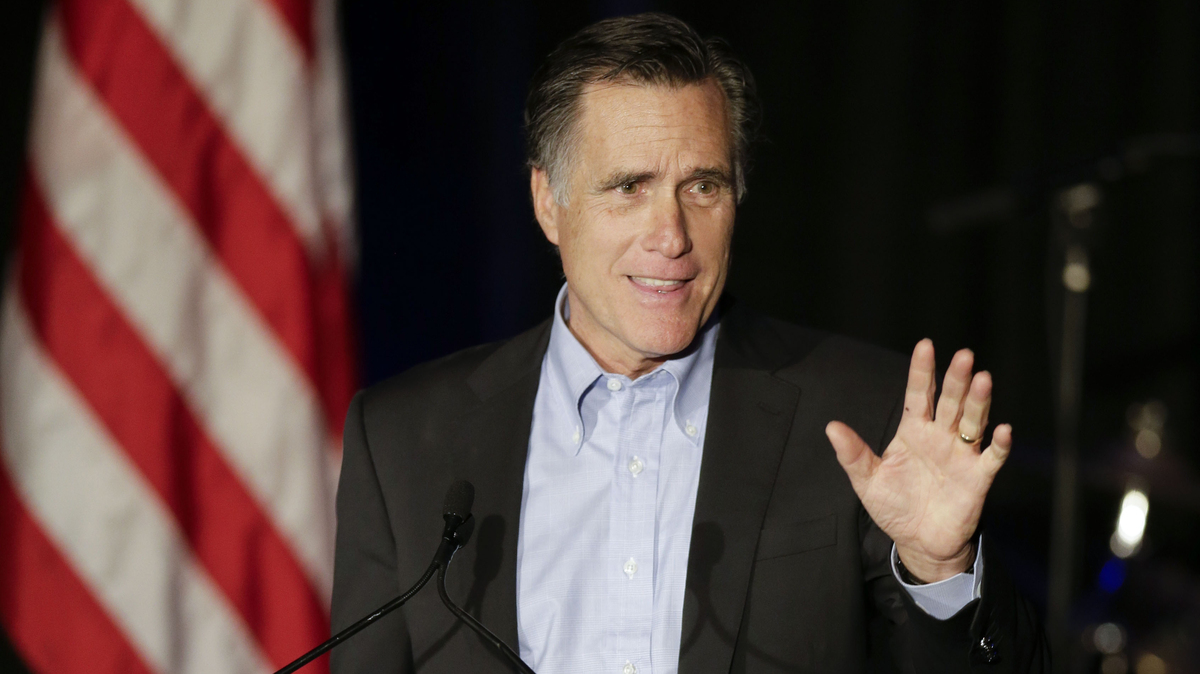 Former GOP presidential nominee Mitt Romney struggled to distance himself from the health care program he implemented in Massachusetts. Now he has acknowledged it was a precursor to Obamacare.

It's a good thing for him that Mitt Romney isn't running for president again.

The 2012 GOP presidential nominee — who has still been bandied about as a potential candidate — just embraced everything that made many conservatives skeptical of him. He admitted that the health care plan he instituted as governor of Massachusetts was the precursor to Obamacare.

"Without Romneycare, I don't think we would have Obamacare. So, without Tom a lot of people wouldn't have health insurance."

In a quote in a Boston Globe obituary for Staples founder Thomas Stemberg, Romney praised the businessman who opened his first store in the Boston suburbs with backing from Romney's Bain Capital.

Romney often mentioned the success of the company on the campaign trail, and Stemberg even addressed the Republican National Convention in 2012.

Romney credits Stemberg with pushing him toward implementing universal health care in the state in 2006 (with nine key words we bolded):

During the campaign, Romney was forced many times to defend the law, arguing that it was never intended to be expanded nationally.

"I like the fact that in my state, we had Republicans and Democrats come together and work together," Romney said during an October 2012 debate. "What you [President Obama] did instead was to push through a plan without a single Republican vote. What were some differences? We didn't raise taxes. You've raised them by $1 trillion under Obamacare. We didn't cut Medicare. Of course, we don't have Medicare, but we didn't cut Medicare by $716 billion. We didn't put in place a board that can tell people ultimately what treatments they're going to receive."

But in the primary, Romney was often on the defensive from GOP rivals on the program. Former Minnesota Gov. Tim Pawlenty tried to land a jab by branding Romney's brainchild, "Obamneycare." But Pawlenty pulled the punch in the next debate.

Still, Romney also never withdrew his support from the program.

"I respect the views of those who think we took the wrong course and who think we should have taken a different course," he said in a May 2011 speech. "I also recognize that a lot of pundits around the nation are saying that I should say that was a bone-headed idea, and I presume folks would think that would be good for me politically. But there's only one problem with that. It wouldn't be honest."

After a backlash Thursday, Romney tried to walk that line again, posting on Facebook that he still opposes Obamacare because "it has failed," "drove up premiums" and "took insurance away from people":

Getting people health insurance is a good thing, and that’s what Tom Stemberg fought for. I oppose Obamacare and believe...

"Getting people health insurance is a good thing, and that's what Tom Stemberg fought for. I oppose Obamacare and believe it has failed. It drove up premiums, took insurance away from people who were promised otherwise, and usurped state programs. As I said in the campaign, I'd repeal it and replace it with state-crafted plans."

But Romney never outright made such a direct correlation as he did in his remembrance of Stemberg, essentially taking credit for the current health care law, which is anathema to Republicans.

Trying to bill his plan as conservative, President Obama has repeatedly made the case, including in the run-up to his 2012 re-election, that the law was built off of Romney's, even borrowing advisers who helped conceive the Massachusetts program.

Almost a year ago, there was a clamoring for Romney to make a third bid. He appeared very close to getting in again, but he ultimately passed. As the year has gone on, Jeb Bush has faded from previous strength, Donald Trump continues to lead and there have been rumors in some circles that Romney could make a late entrance.

But with those nine words, he may have just sealed his GOP political fate, forever — and vindicated many conservatives who were skeptical of his intentions to begin with.