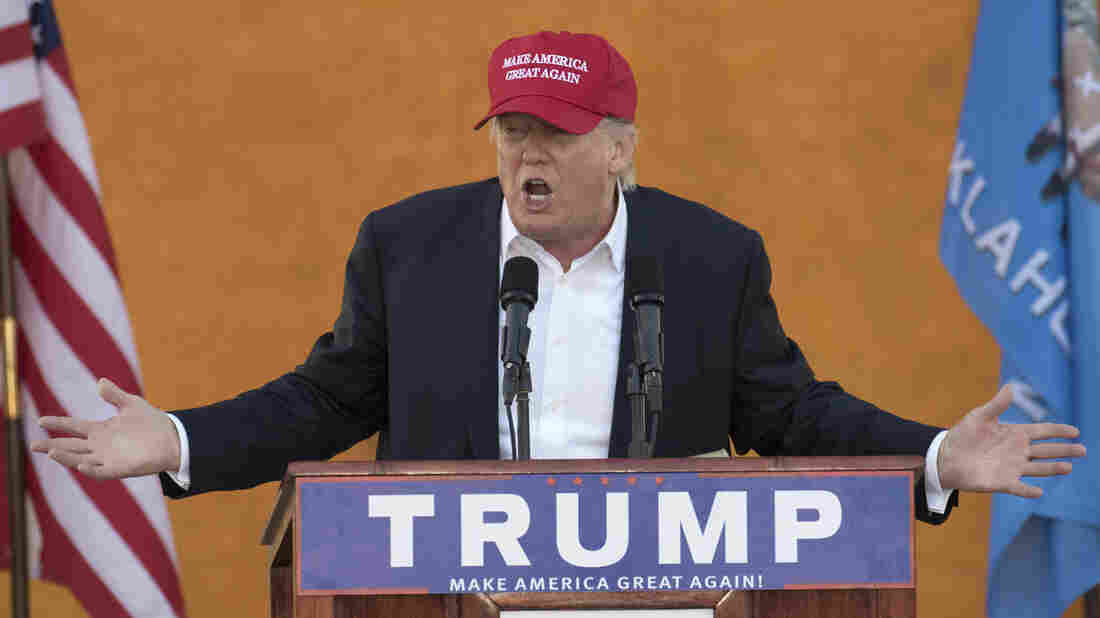 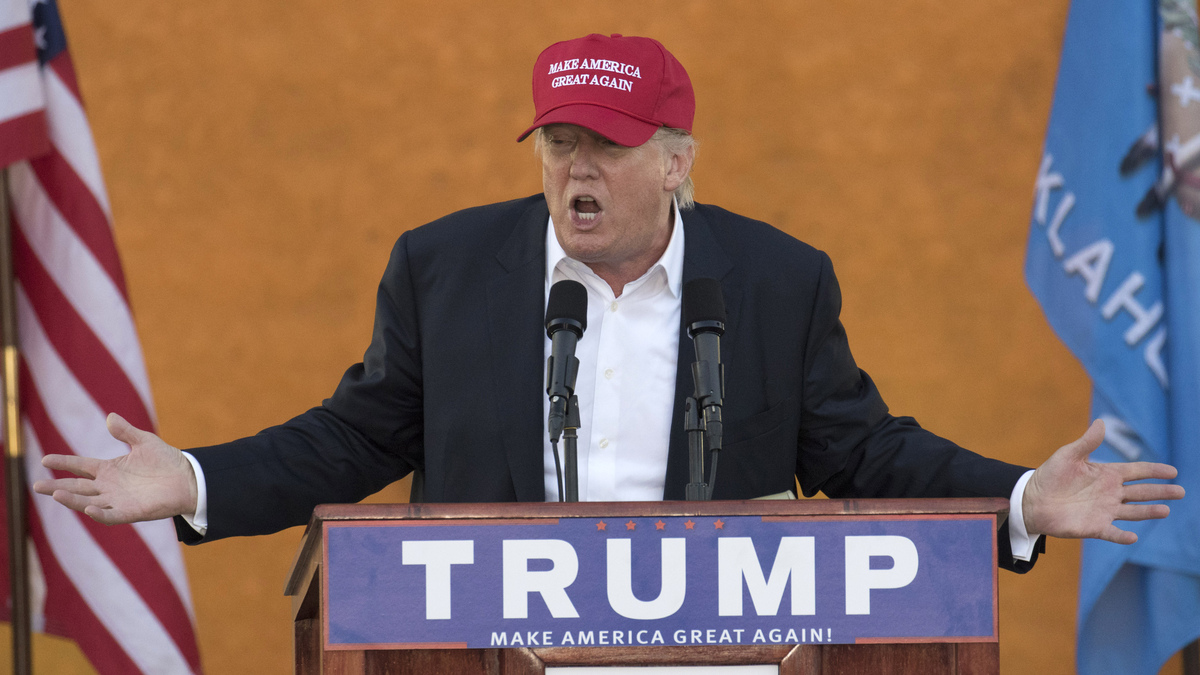 Republican presidential candidate Donald Trump speaks during a campaign rally at the Oklahoma State Fair in Oklahoma City in September.

Make America Great Again. It's Donald Trump's campaign slogan. It's on the caps his campaign sells to admirers, and it's also the name of an ostensibly independent superPAC.

Or it was until this week, when the superPAC said it was going out of business. It ran aground on stories in the Washington Post, revealing connections linking the superPAC with Trump's campaign and his office.

Ciletti is also a principal in a company called Wizbang Solutions. The Trump campaign paid Wizbang $41,300 in the third quarter for printing, design and direct mail. Ciletti didn't respond to NPR's request for comment.

MAGA got a $100,000 contribution this summer from the mother-in-law of Trump's daughter Ivanka.

Another link between Trump and MAGA is its very name. Donald Trump filed in 2012 to trademark the phrase Make America Great Again for use with a political action committee. He first used it this past May – an essential step in the application process – and the Patent and Trademark Office registered it in July.

McGahn and the campaign didn't respond to questions about the name and usage rights.