Accessibility links
Notorious RBG: The Supreme Court Justice Turned Cultural Icon : It's All Politics Ruth Bader Ginsburg became a cultural icon about the time she turned 80 and became known as "Notorious RBG" — a most unusual identity for a member of the U.S. Supreme Court.

Notorious RBG features a collection of tributes to Justice Ruth Bader Ginsburg. At right, Ginsburg is seen in her chambers with a young fan.

Supreme Court justices are generally robed and mysterious figures. Their faces are not emblazoned on T-shirts, painted on fingernails, tattooed on arms and shoulders, and their characters are not parodied on TV programs ranging from Saturday Night Live to Scandal. At least not until Justice Ruth Bader Ginsburg became a cultural icon at about the same time she turned 80. Much of that iconic status is attributed to a Tumblr called "Notorious R.B.G.," which now has been transformed into a graphic nonfiction book due out Tuesday.

Enraged by the Supreme Court ruling in 2012 that gutted the Voting Rights Act, Shana Knizhnik created an online tribute for the equally furious dissenter in that case: Justice Ginsburg. The "Notorious R.B.G." Tumblr took off like a bobsled on ice. 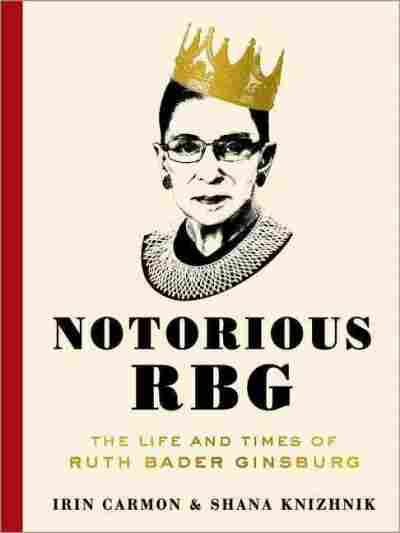 The Life and Times of Ruth Bader Ginsburg

by Irin Carmon and Shana Knizhnik

Soon Ginsburg heard about the Tumblr. She laughingly explained in an interview with this reporter that one of her law clerks told her about it. The clerk, she added, "also explained to me what 'Notorious R.B.G.' was a parody on." Giggling while telling the story, she continued, "Well, my grandchildren love it, and I try to keep abreast of what's on the Tumblr."

The Tumblr title is a reference to the late 300-pound rapper Notorious B.I.G., known as "Biggie," whose lyrics are raunchy enough that it's hard to find a printable line.

"Obviously, the humor is in the contrast," Knizhnik said. "It's about thinking of this ... small, Jewish grandmother, as contrasted to this larger-than-life persona that was Notorious B.I.G." They have something in common, she observed. Besides both being from Brooklyn, they both "pack a verbal punch."

Knizhnik created the Tumblr when she was still in law school at New York University. Now she and Irin Carmon, an MSNBC reporter, have written a highly illustrated nonfiction book about the iconic rise of RBG, who she is, how she got to the Supreme Court, and why young women want to be like her.

"I don't think the iconic status that she's achieved could happen without social media at all," Carmon said, "because I think the Internet has given young women the opportunity to choose our own heroes." And the reason that so many young women have chosen the octogenarian justice as their hero, she maintained, is that "there's this desire on the Internet to find something that feels authentic, and real and raw."

Every time I tell somebody that she can do 20 pushups, no one believes me. But we fact-checked it.

What Carmon and Knizhnik learned in working on their book is that Justice Ginsburg's life embodies way more than they knew. They knew she had been the architect of the legal fight for women's equal rights in the 1960s and '70s. They didn't know that when she entered Harvard Law School, the dean told her she was taking the place of a man. They didn't know that she already had a daughter back then, that her husband was battling cancer, and that she moved with him to New York, where she graduated first in her class from Columbia Law School and was recommended for a Supreme Court clerkship.

But, being a woman, she was not even interviewed. It was so difficult in those days for a professional woman to get a job that she hid her pregnancy while a professor at Rutgers; she didn't want to screw up her chances of getting tenure. 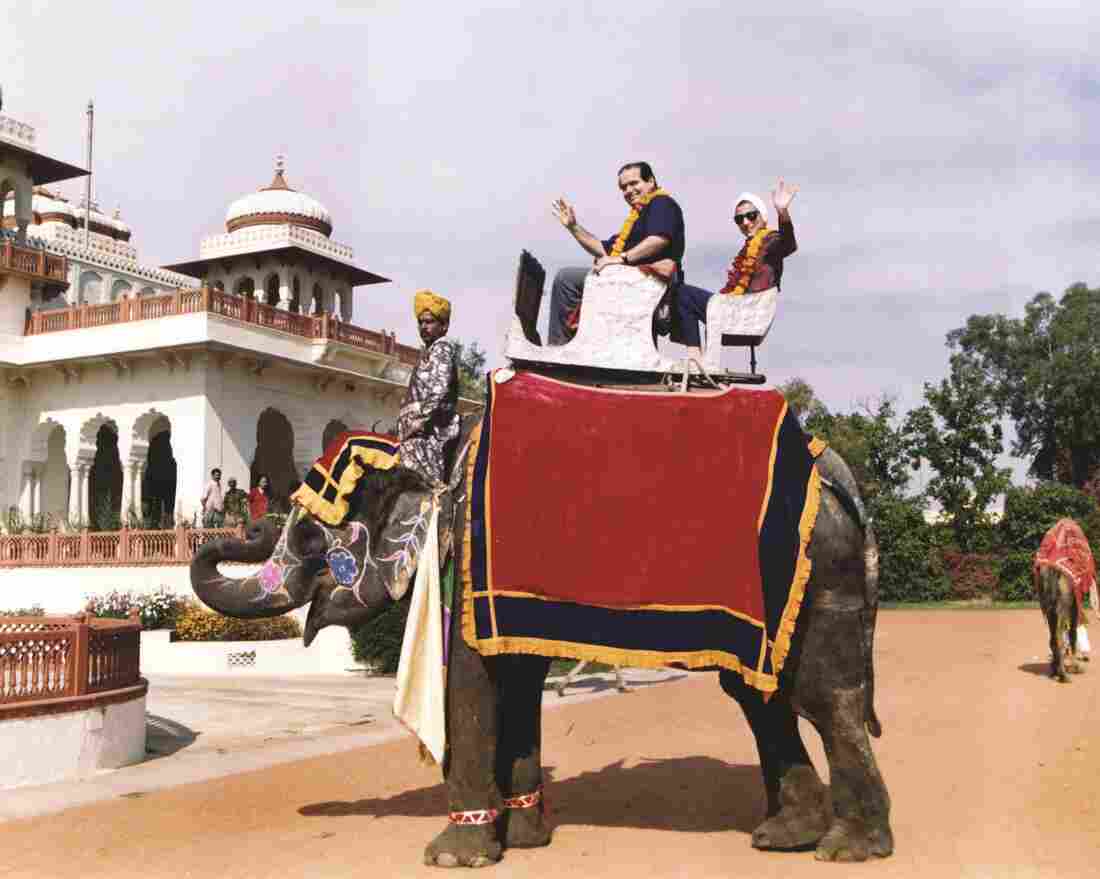 Ginsburg and Justice Antonin Scalia ride an elephant in India in 1994. Collection of the Supreme Court of the United States/Dey Street Books hide caption 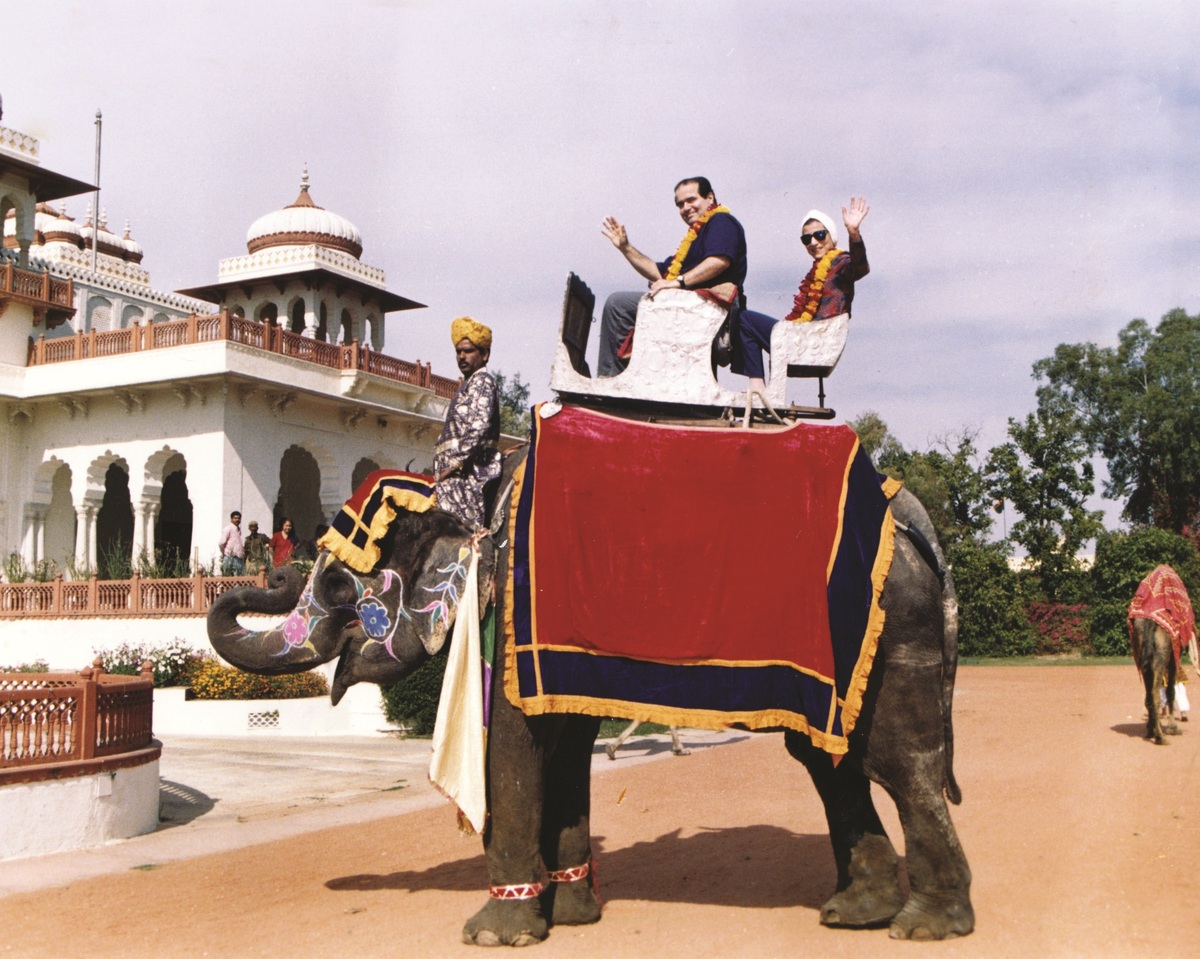 Ginsburg and Justice Antonin Scalia ride an elephant in India in 1994.

The book has lots of these stories, tons of photos, drawings, a selection of annotated opinions, dissents, and doodles by RBG, and the Notorious RBG workout. Yes, her workout, which, as Carmon observed, includes 20 pushups: "Every time I tell somebody that she can do 20 pushups, no one believes me. But we fact-checked it."

Indeed, Knizhnik recalled the first time she met Ginsburg was a prearranged introduction at the court that turned out to be just a few days after Ginsburg had a stent put in her heart to correct a blockage. "We asked how she was doing, and what we could tell her followers, and she said, 'Tell them I'll be back doing pushups in a few days.' "

But what surprised Knizhnik and Carmon the most was Ginsburg's derring-do, her parasailing, her waterskiing and her whitewater rafting well into her 60s and 70s. Carmon tells the story of a rafting trip where a Ginsburg friend tried to persuade the diminutive justice to move from the front of the raft to the back because he feared she would be swept away in the unprotected front seat. 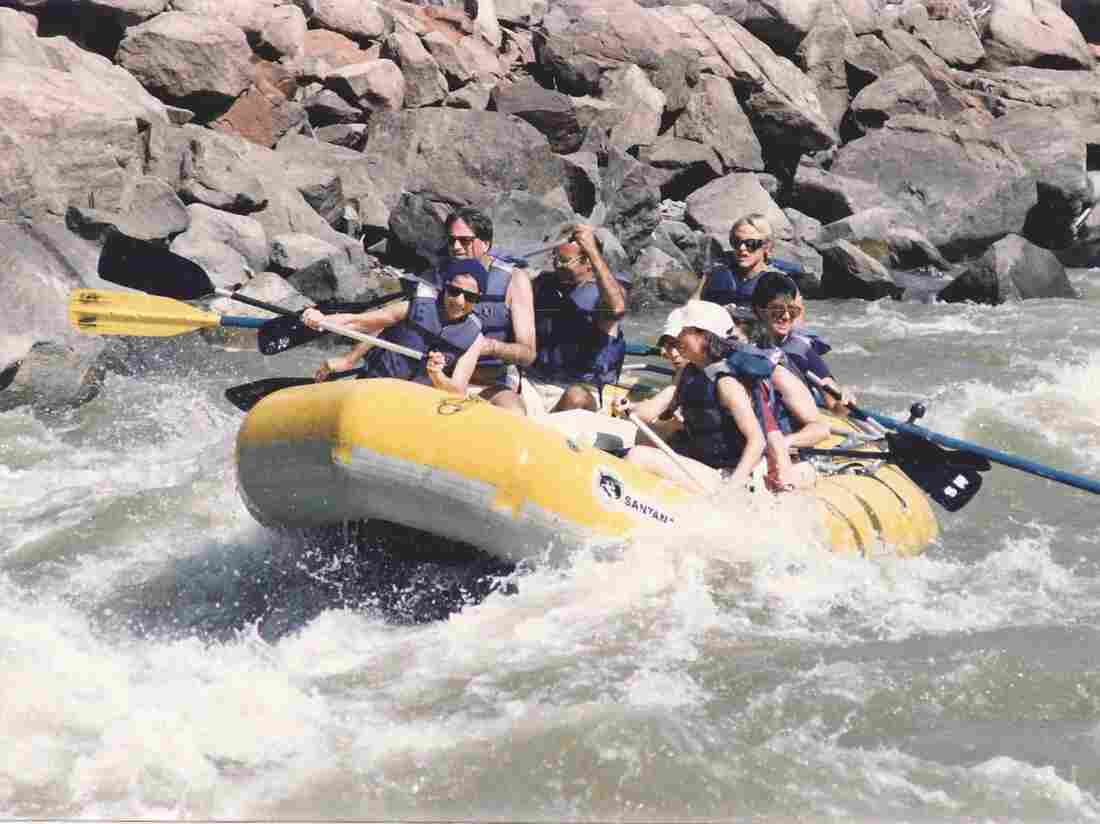 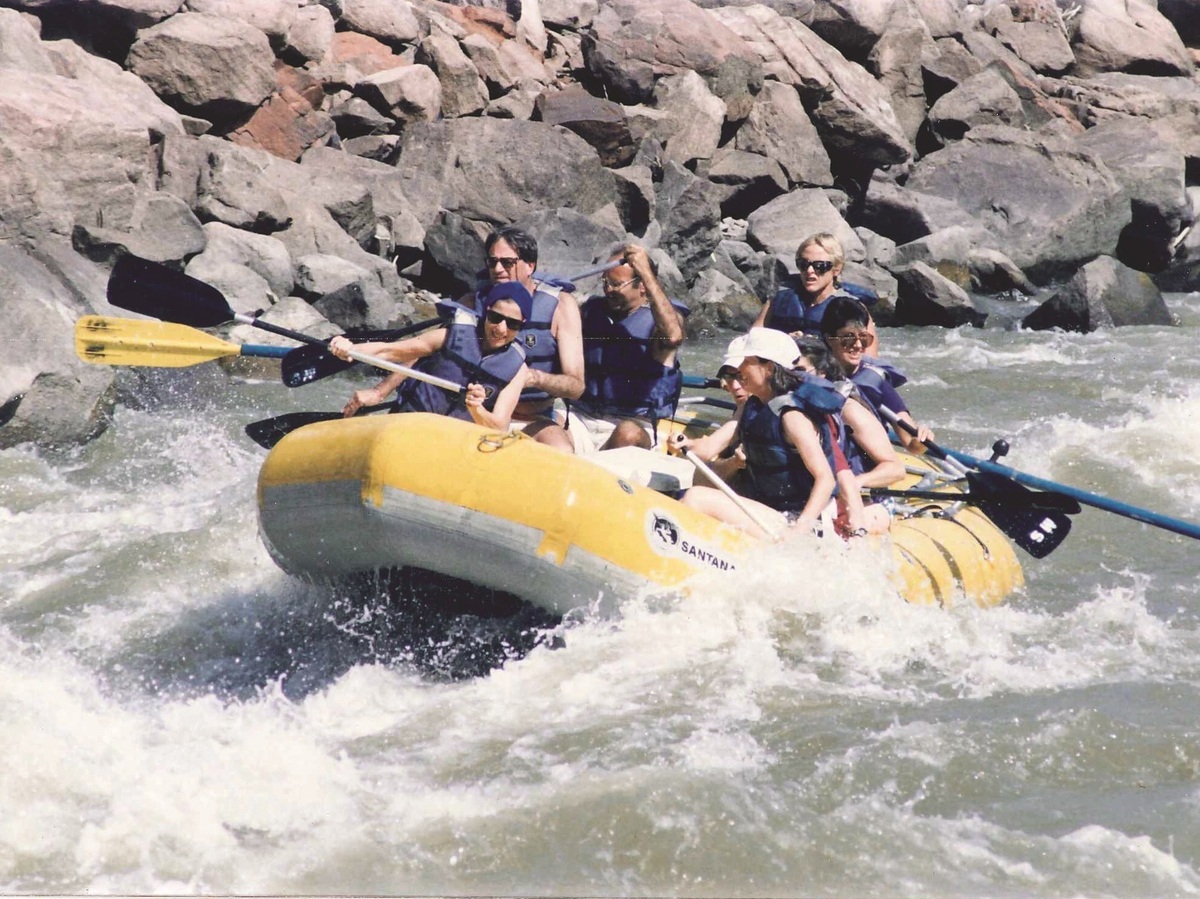 Ginsburg (center) on a whitewater rafting trip in Colorado in 1990.

"One thing we learned while we were writing the book was that she's been underestimated her whole life," Carmon said. Some thought her "not radical enough, not liberal enough, too female, and too much a mother," according to Carmon. Others called her "dull," her writing "not intellectual enough."

"She's proven all those myths wrong," Carmon declared. "So I think a lot of young women know what it's like to be underestimated in that way, and they're inspired by the fact that she ... has so much integrity in who she is."

"The first Ruth Bader Ginsburg meme I ever saw was on Election Day 2012," Carmon said. "It was a portrait of her that said 'Ruth Bader Ginsburg did not have cancer twice and never miss a day on the bench, so you could stay home and not vote.' "

On a lighter note, the book also includes a section called "RBG's Swag," about the judicial collars she wears on the bench, with a black beaded number reserved for dissents. The authors note as well that Ginsburg often wears lacy gloves in public, but they admit they didn't know why. To be sure, it's fashion, but also to hide the permanent bruises on her hands from her chemotherapy years ago.

The book also contains a "How to be like RBG" section. Things like, "Think about what you want, then do the work ... but then enjoy what makes you happy."

As the young authors put it succinctly, "RBG gets out — a lot."

And finally, there is even a lyrical remix of Biggie's "Juicy" called "R.B. Juicy" rewritten for RBG, and captured on YouTube:

Because if we're not ahead, we're behind

After this treatment, surely, Biggie would agree that RBG truly is notorious.