Accessibility links
Like It Or Not, Political Campaigns Are Using Facebook To Target You : It's All Politics If you're seeing a political ad in your Facebook feed, there's probably a very specific reason that candidate is interested in you. 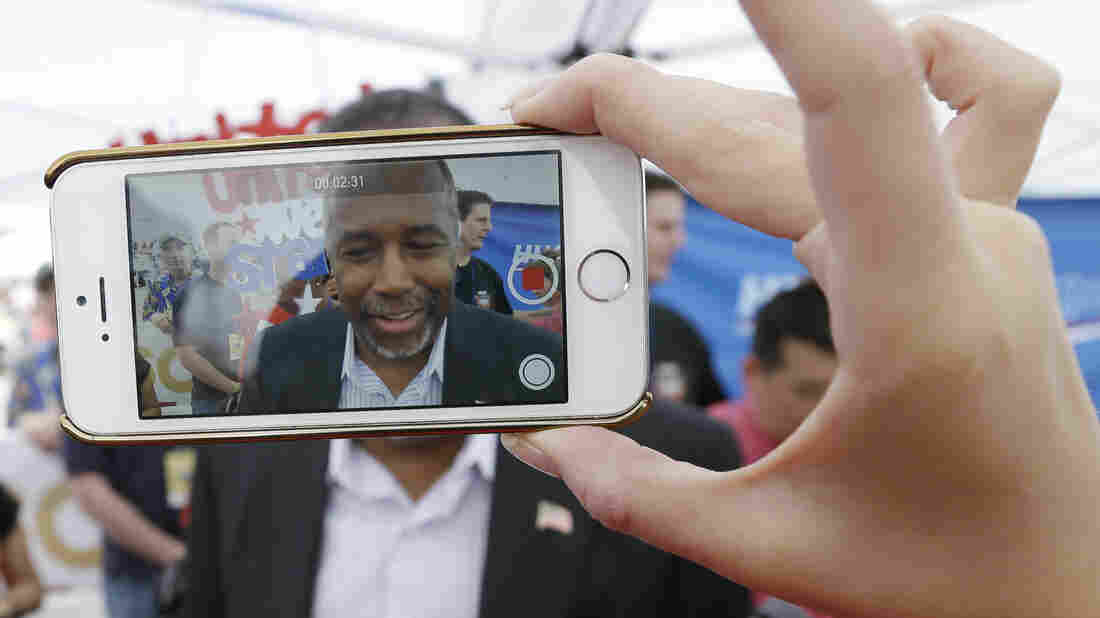 Republican presidential candidate Ben Carson's campaign has been a fast-adopter of targeting people on Facebook. He has more than 4 million likes on the social media site, more than any other candidate. Charlie Neibergall/AP hide caption 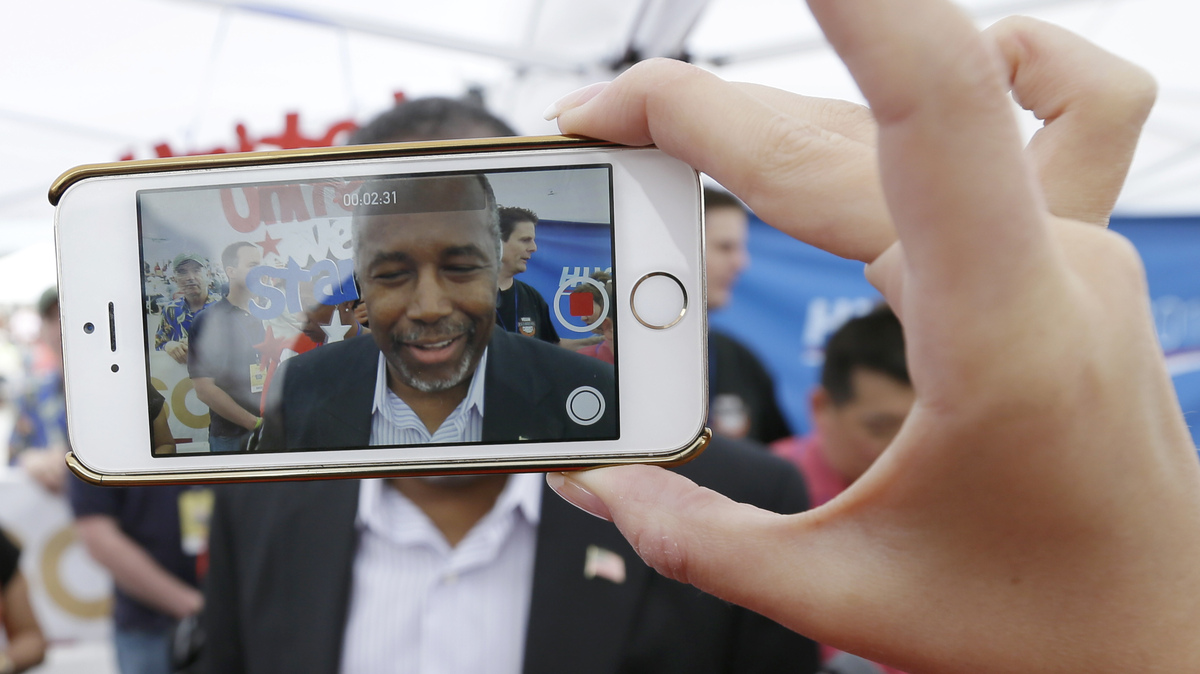 Republican presidential candidate Ben Carson's campaign has been a fast-adopter of targeting people on Facebook. He has more than 4 million likes on the social media site, more than any other candidate.

Some of the most important real estate in presidential politics is actually right in front of your nose. Or under your thumbs — it really depends on how you log onto Facebook.

The social network is now a key place for campaigns to advertise. One reason for that: It's getting easier and easier for campaigns to target those ads to very specific, tailor-made audiences.

"This is our hub of communication," explained Ken Dawson, who heads digital strategies for Ben Carson's presidential campaign. "We really see it as the heart of our campaign."

Carson's Facebook page has more than 4 million followers, more than any other presidential campaign. It's a constant stream of posts, videos and chats with the candidate.

Aside from that never-ending flow of content, the campaign is running scores and scores of advertisements that appear in Facebook users' news feeds. In mid-October, the campaign was juggling 240 different advertisements. Nearly every single one was targeted to a different subset of voters.

These days, campaigns can target their online advertisements with pinpoint accuracy. There are three main ways to do that on Facebook. One of the most effective is for campaigns to load a list of specific people into Facebook and target them with ads.

Often, Dawson said these are the names and email addresses of people who have shown up at a rally, given money or signed up on the campaign website. 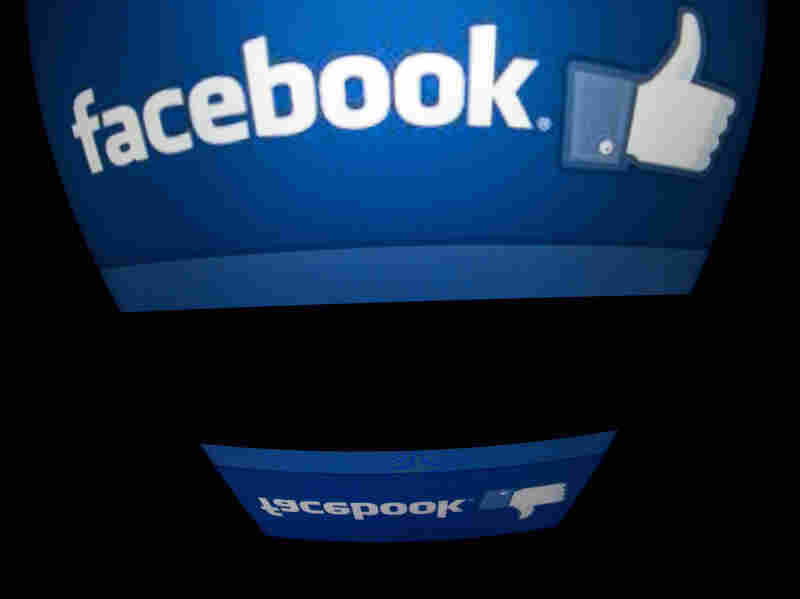 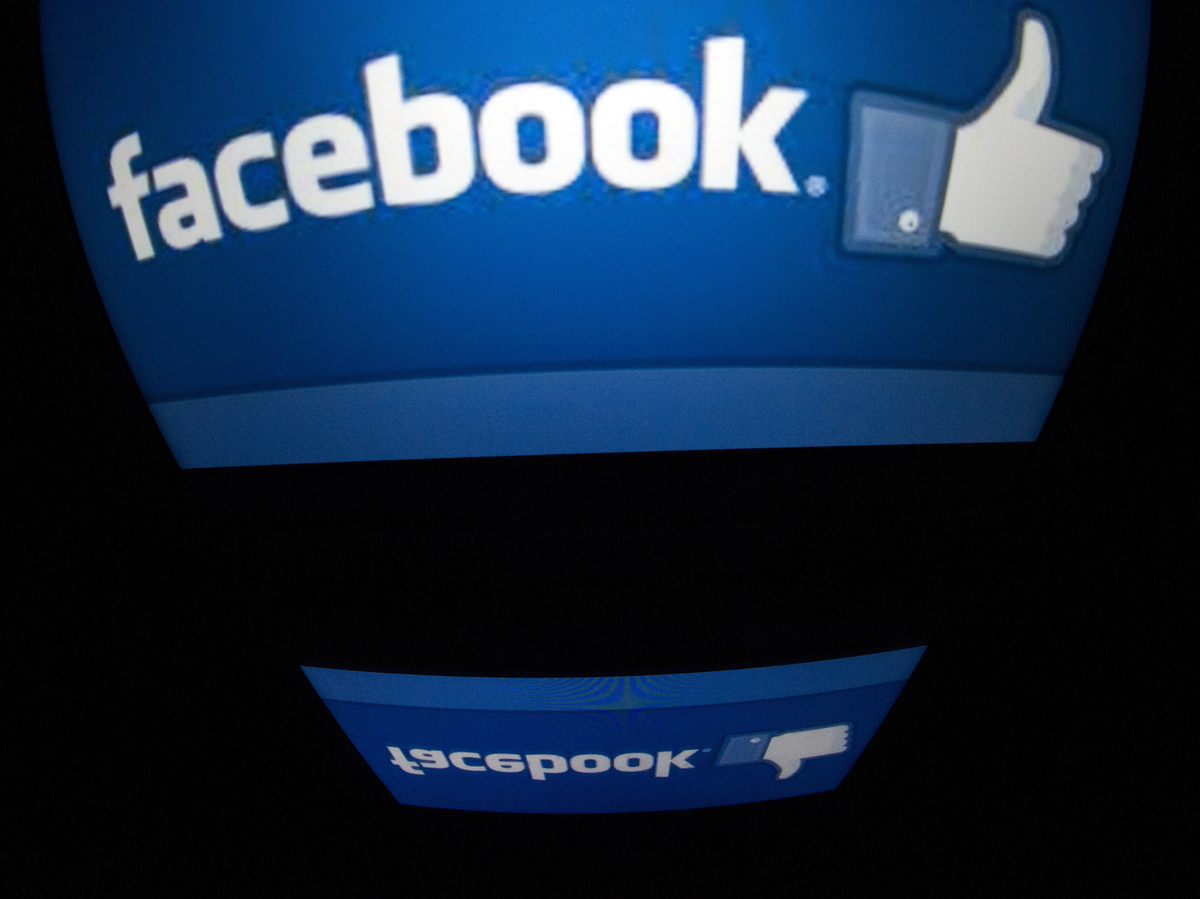 The social networking site's ads are becoming increasingly sophisticated at targeting users based on their political affiliations.

"We can import those audiences, we can focus on them and make sure they're hearing our messages," said Dawson, as he sat in front of a laptop in Carson's northern Virginia headquarters. "We can target them around how many ads we want to serve them, how often we want to serve them and then build calls to action around those ads."

And, knowing these people are already strong Carson supporters, those calls to action can be much more specific than a typical TV ad. They can urge people to call other supporters, or, next year, show up at the polls.

"We might go out to them and say we have a key primary or something that's happening," Dawson said. "And we need to buy TV media, or we need to place more radio spots and we need your support to do so."

Facebook can also take those lists and create a new audience of similar people for campaigns to target.

"We can help you build audiences that look just like the custom audience you have," explained Erik Hawkins, who runs Facebook's political sales, among other things. "So if you have a custom audience of, let's say, your most active donors, maybe you want to talk to a lot of people who are very similar to them. And we can enable you to do that."

Hawkins pointed out that these "look-alike" lists are only done in large, anonymous groups. Facebook isn't telling campaigns the names of specific people who are similar to their supporters.

Campaigns also target ads based on the information people share in their profiles. Dawson, Carson's chief of marketing audience, said he'll regularly send ads to people based on their location, age, gender or what pages they've liked.

"If we're talking about religious liberties, we would start with very conservatives," he said. "But then maybe get down to occupation — people who are pastors or work with a church or are affiliated with Bible groups."

The Hits And Misses Of Targeting

It's a good formula, but it doesn't always work. Take Josh Wilson, for example. He's a pastor at an Arkansas church, and his Facebook feed is filled with the exact sort of posts Carson's campaign is looking for. He regularly gets ads for conservative candidates like Carson.

"It's definitely an experience I've had in the past," Wilson said, "where you can just kind of feel yourself being targeted, and you just kind of roll your eyes."

Wilson called himself a political agnostic.

"Working for a church, you definitely kind of get lumped in with what would be the stereotype 'churchy' person. Well, if you're interested in that Bible study, then you're also probably also interested in this conservative candidate," he said, sounding a bit exasperated.

Wilson has a pretty good idea why he's being targeted. There's a way for him and everyone else to find out, though. When an ad appears in a news feed, a person can click on the downward arrow in its upper-right-hand corner. After that, click on, "Why am I seeing this ad?"

This reporter didn't get any political ads as he was writing this story. But I did check on why various companies were sending me sponsored posts. One was looking for people around my age in Washington, D.C. Another company was looking to reach baseball fans. That's me.

And a fourth, using that look-alike audience feature, had pegged me as a person "who [is] similar to their customers." They were right, since I've actually purchased their product.

Everything I was being targeted for was pretty spot-on. So, by and large, these tools do let campaigns (and companies) talk to the exact sort of people they're trying to reach at any particular time.

That means that as the election approaches, expect to see just as many ads in your news feed as you do on your TV.