Accessibility links
Listen: 10 Best Moments From Speaker John Boehner's Exit Interview : It's All Politics Boehner reflects on his career, and the future of the GOP, and the job he calls "the loneliest place in the world." 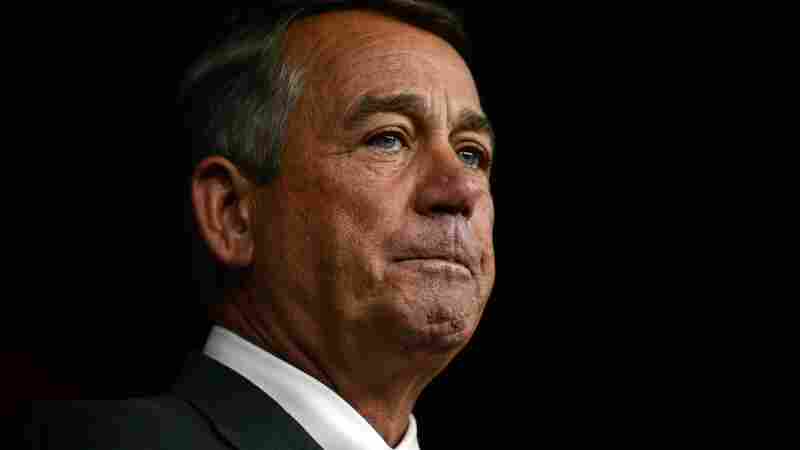 "This is the loneliest place in the world," House Speaker John Boehner said on the eve of his resignation. Astrid Riecken/Getty Images hide caption 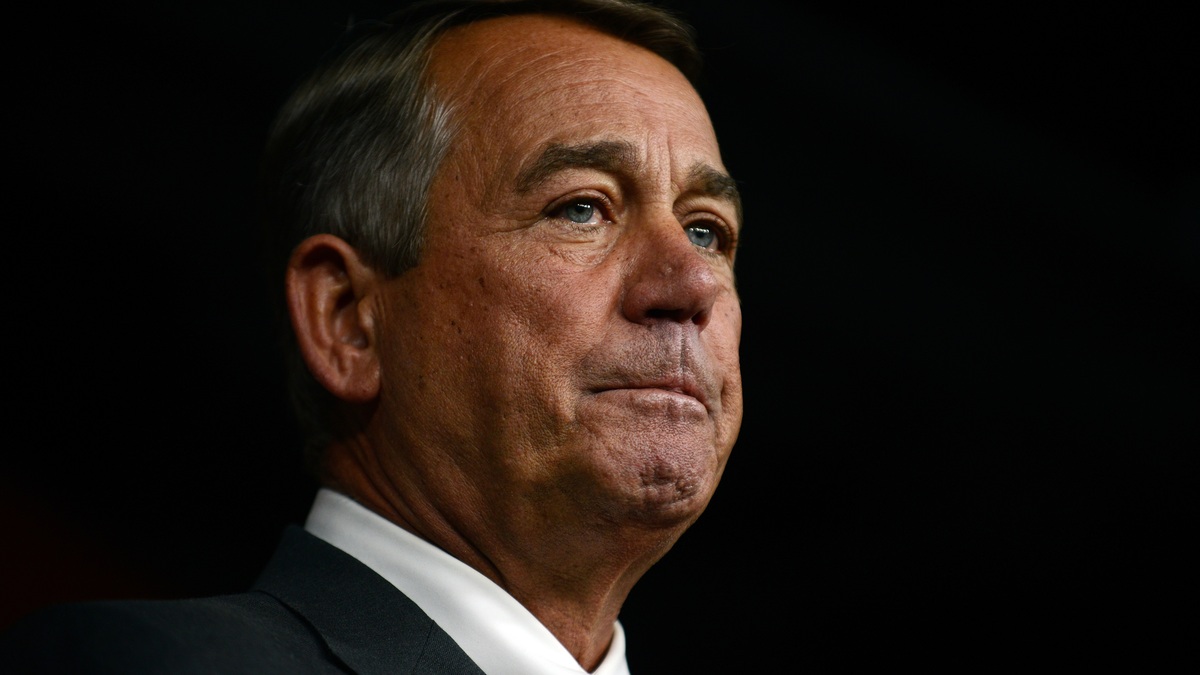 "This is the loneliest place in the world," House Speaker John Boehner said on the eve of his resignation.

On his penultimate day as speaker of the U.S. House, John Boehner sat down with NPR and a handful of other reporters to discuss his 25-year congressional career, what he really thinks about his conservative opponents in the House Freedom Caucus, and what advice he would give his successor, Wisconsin GOP Rep. Paul Ryan.

Below are highlights of the conversation:

The Ohio Republican shrugs off the legacy question, insisting he doesn't lose much sleep over how history will judge him.

2. On eliminating the use of earmarks

Prior to becoming speaker, Boehner amassed a number of legislative accomplishments as a committee chairman. He was as a principle author of the No Child Left Behind education law and oversaw sweeping pension reform legislation.

But his advocacy to eliminate the use of earmarks, or congressional pet projects, is perhaps his most lasting legacy inside the institution. While party leaders and committee chairmen historically used earmarks to instill party loyalty, Boehner saw them as a corrupting force inside the U.S. Capitol.

Boehner conceded that eliminating earmarks made his job harder. But his most vocal critics in recent years — conservative lawmakers often associated with the House Freedom Caucus — more often took issue with Boehner's leadership style. While many of those lawmakers are happy to see him go, Boehner said their differences were overstated and remains flummoxed by their ardent opposition.

He expects Ryan will have an easier time building bridges within the House GOP. Ryan is expected to win the speaker's election on Thursday.

5. On whether being speaker could lead to president

Asked if Boehner thought the speakership would make it harder for Ryan to ever run for president, Boehner conceded it likely would. "I think he recognizes that," Boehner said, noting history is not on his side.

6. On "the loneliest place in the world"

"This is the loneliest place in the world"

Boehner said he gave "lots" of advice to Ryan on how to be an effective speaker. He also warned him that outside of the Oval Office, the Speaker's office might be the loneliest place in Washington.

7. On frustration over immigration

"The president poisoned the well"

Boehner said his biggest regret was not reaching a "Grand Bargain" with President Obama in 2011 that would have reduced the deficit and overhauled federal spending. He also expressed frustration that Congress and the Obama White House could never find common ground on overhauling immigration laws. That job, he said, will be left for the next president.

Boehner, however, said he plans to stay out of the 2016 presidential race. He will not endorse a candidate, and he declined to weigh in his party's field of candidates.

He blamed the coarsening of U.S. politics on the rapid expansion and access to media in the internet age, and to campaign finance laws that have changed the way campaigns are run. If he could change one thing, he said, it would be to allow limitless campaign donations, but require disclosure for every dollar spent.

Boehner leaves Congress at a point when the institution's popularity has sunk to historic lows. That is nothing new, he insisted, and don't expect it to change any time soon.

10. On life after speaker

Boehner now shifts his gaze to his future. He said he does not plan to take on another full-time job. He might write a book. He has to adjust to life without a security detail, which includes buying a car after nearly a decade in the back seat. He will spend some time in Ohio after his resignation, as well as in Florida where he has a new condo, and a new grandchild.

Asked what he wants his grandchild to call him, Boehner quipped: "Mr. Speaker."