Accessibility links
FACT CHECK: Simpler Isn't Always Better When It Comes To Taxes : It's All Politics Republican presidential candidates pushed for what they see as a "simpler" tax code with flat taxes and fewer pages, but experts say there are big drawbacks to some of these plans. 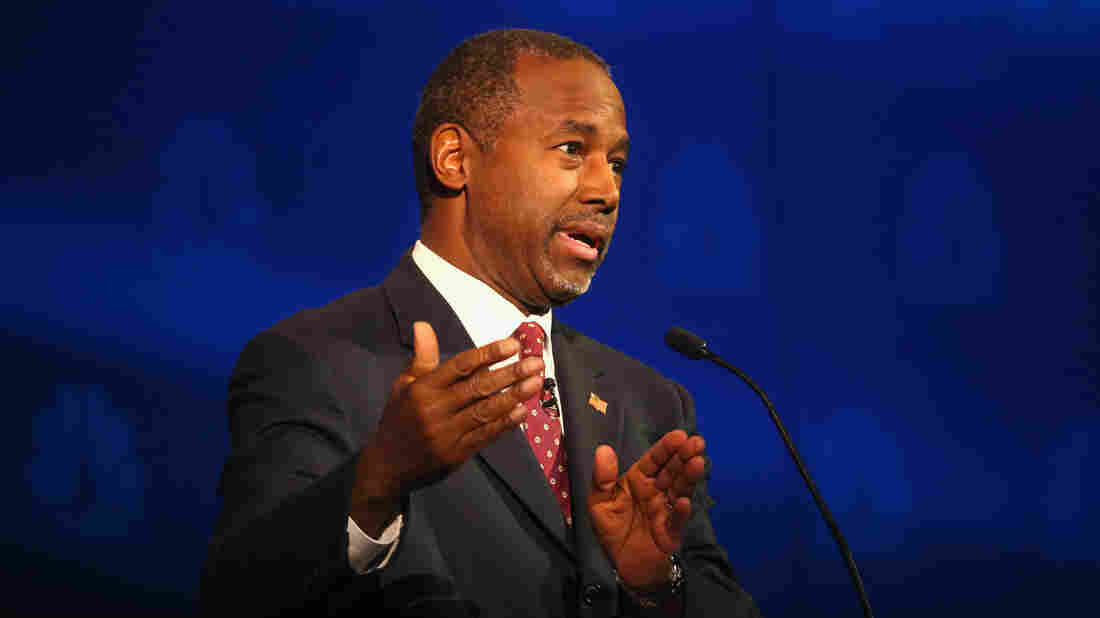 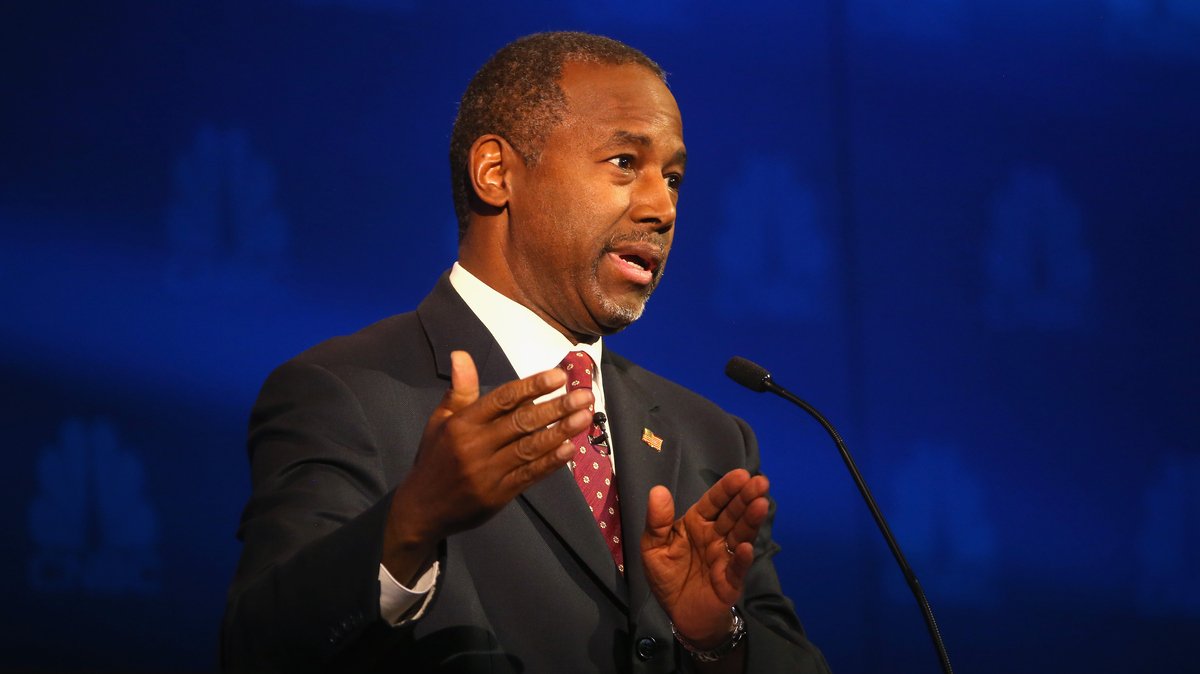 Republican presidential hopefuls squared off over economic policies last night. The candidates defended their plans to simplify the tax code. It turns out, that's kind of complicated.

Retired neurosurgeon Ben Carson is near the top of the polls. So it's not surprising that his tax plan came under the scalpel in the CNBC debate Wednesday night. Carson denied that his plan for a flat tax of 10 percent, based on the biblical principle of tithing, would cost the government more than $1 trillion:

"Well, first of all, I didn't say the rate would be 10 percent. I used the tithing analogy. The rate is going to be much closer to 15 percent."

Texas Sen. Ted Cruz introduced his own tax plan Wednesday night. Families would get a break on some of their income, but beyond that, everyone would pay the same 10 percent rate:

"The billionaire and the working man — no hedge fund manager pays less than his secretary."

Former Hewlett-Packard CEO Carly Fiorina said what really matters is whittling down the tax code from tens of thousands of pages to three:

"Three pages is about the maximum that a single business owner or farmer or just a couple can understand without hiring somebody. Almost 60 percent of American people now need to hire an expert to understand their taxes."

Do the Republicans' simpler tax plans pencil out?

Not all the candidates go as far as Carson or Cruz in calling for a single tax rate. But most move in that direction.

Chief Economist Nariman Behrevesh of IHS said the idea is to discourage people from doing things they otherwise wouldn't, just to lower their tax bill.

But Behravesh said there are two potential drawbacks — one, flatter taxes can add to the deficit, if they reduce overall revenue. And two, they can worsen income inequality. Carson's plan appears to do both.

Bob Williams of the nonpartisan Tax Policy Center said even if Carson uses the 15 percent rate he talked about Wednesday night, his plan would still leave a gaping hole in the federal budget. What's more, Williams said the wealthy would be the biggest winners under Carson's plan and the other GOP proposals.

"Every one of the Republican plans that I've seen gives the bulk of tax cuts to people at the top of the income distribution," said Williams, who has broken down several of the candidates' tax plans here. "And a big part of that is those are the people paying a lot of tax right now. And if you try to flatten things out, you're going to end up cutting taxes for the wealthy."

It turns out that "simple" is not that simple. And as appealing as that three-page tax code might sound, it might require giving up the kind of tax breaks — on health care or retirement or mortgage interest — that some have grown attached to.

This story is part of NPR's fact checking series, "Break It Down," in which we try to cut through the spin and put things in context. Have something you want us to fact check? Put it in the comments section or send us an email at nprpolitics@npr.org.